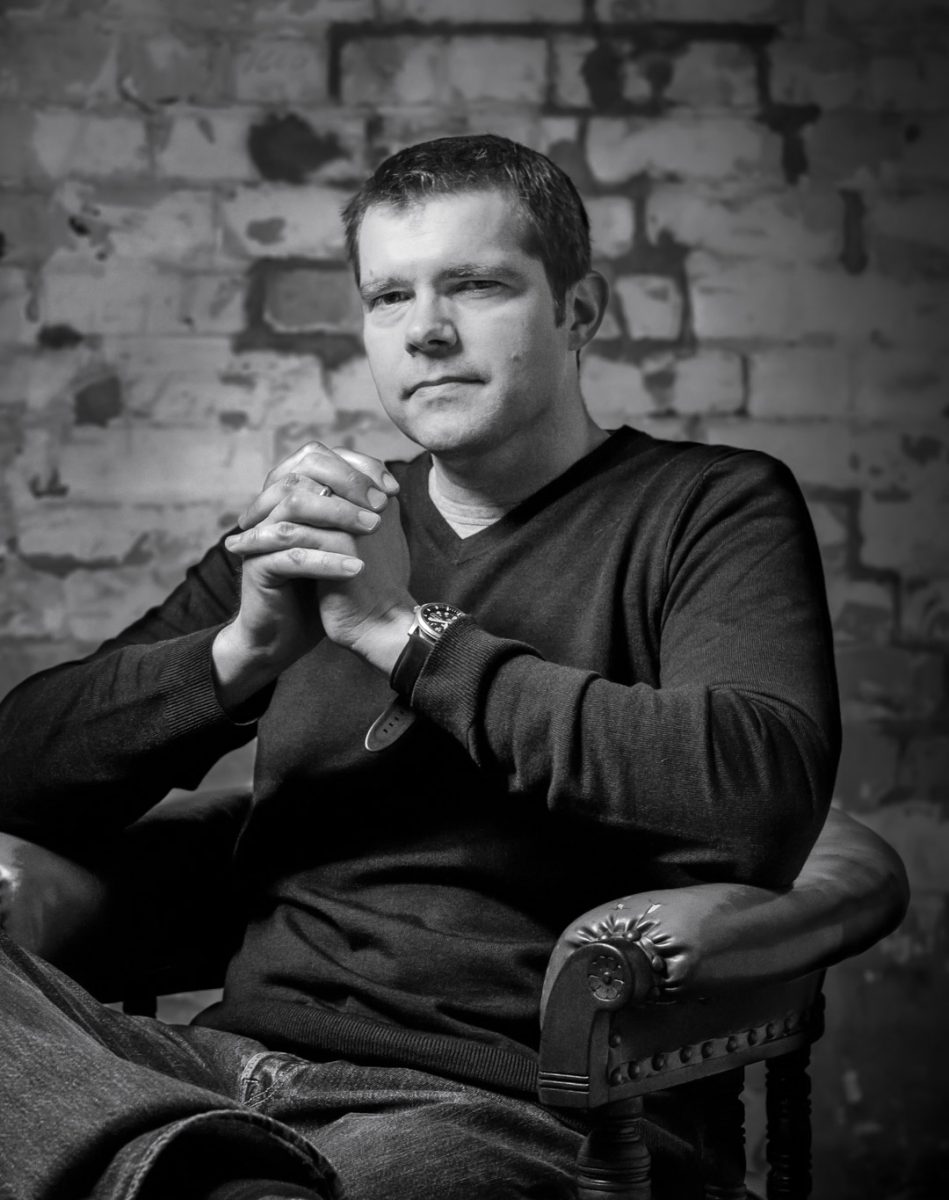 Brad Tallett is a master of his craft, an artist whose work has earned him a reputation as one of the world’s finest gun engravers. He has spent his entire life surrounded by gun engraving and now works on some of Westley Richards most prestigious projects.

Where did you grow up?

The countryside of the Kentish weald in south east England.

You come from a famous engraving family – but did you always want to be a gun engraver?

I had always been interested in the engraving on my father’s guns but never really thought much about how it was done or what the process was until he started to engrave as a hobby. His initial trials and experiments I found interesting as they began to give me an insight into the techniques used to engrave guns.

My real interest began when he started working at James Purdey & Sons. I got to see the engravings of Ken Hunt, Phillip Coggan and The Brown Brothers, all exceptionally talented and creative engravers. Its a cliché but it was love at first sight; I decided then that engraving was what I was going to do as a career. At the age of 16 I was fortunate enough to get an apprenticeship working alongside my father.

What did your apprenticeship entail?

I was initially taught the fine rose and scroll pattern engraved on standard guns, but during this period I also spent one day a week at the Sir John Cass School of Art in London. There I made the most of having the freedom to explore the more artistic styles of engraving – elaborate scrolls, carving, gold inlays and game scenes. This type of engraving became my real passion and I would often work late into the night and at weekends experimenting and engraving for enjoyment.

How long did it take you to learn the art of engraving?

I am still learning as this for me is a life-long passion. If there is no progression or improvement in what you are doing, then, really, there is no point. You need to be able to express your creative side and come up with new ideas all the time. Every gun is my very best effort and on projects like

‘The Forest Rifle’ for Westley Richards you are constantly solving problems, creating new techniques and developing processes to achieve the desired finish.

How old were you when you engraved your first gun?

I can't actually remember my first whole gun. As an apprentice, your first experience is engraving an aspect of a gun – perhaps all the flowers in a bouquet, or shading the scroll work. My first gun would probably have been a standard fine rose and scroll design and I would have been about 18 years old. The first whole gun I can actually remember was in fact a pair! They were a large scroll design with game scenes of pheasants in maize fields. I must have been 19 or 20 years old.

How many guns have you now engraved?

I don't really know as you don’t tend to keep count. Some of the larger projects like ‘The Forest Rifle’ take nearly a year to execute whilst others may take 4 – 6 weeks. If I had to estimate, over the past twenty five years I have perhaps completed 120 jobs from start to finish, but I would have had involvement in many other collaborative engraving projects. 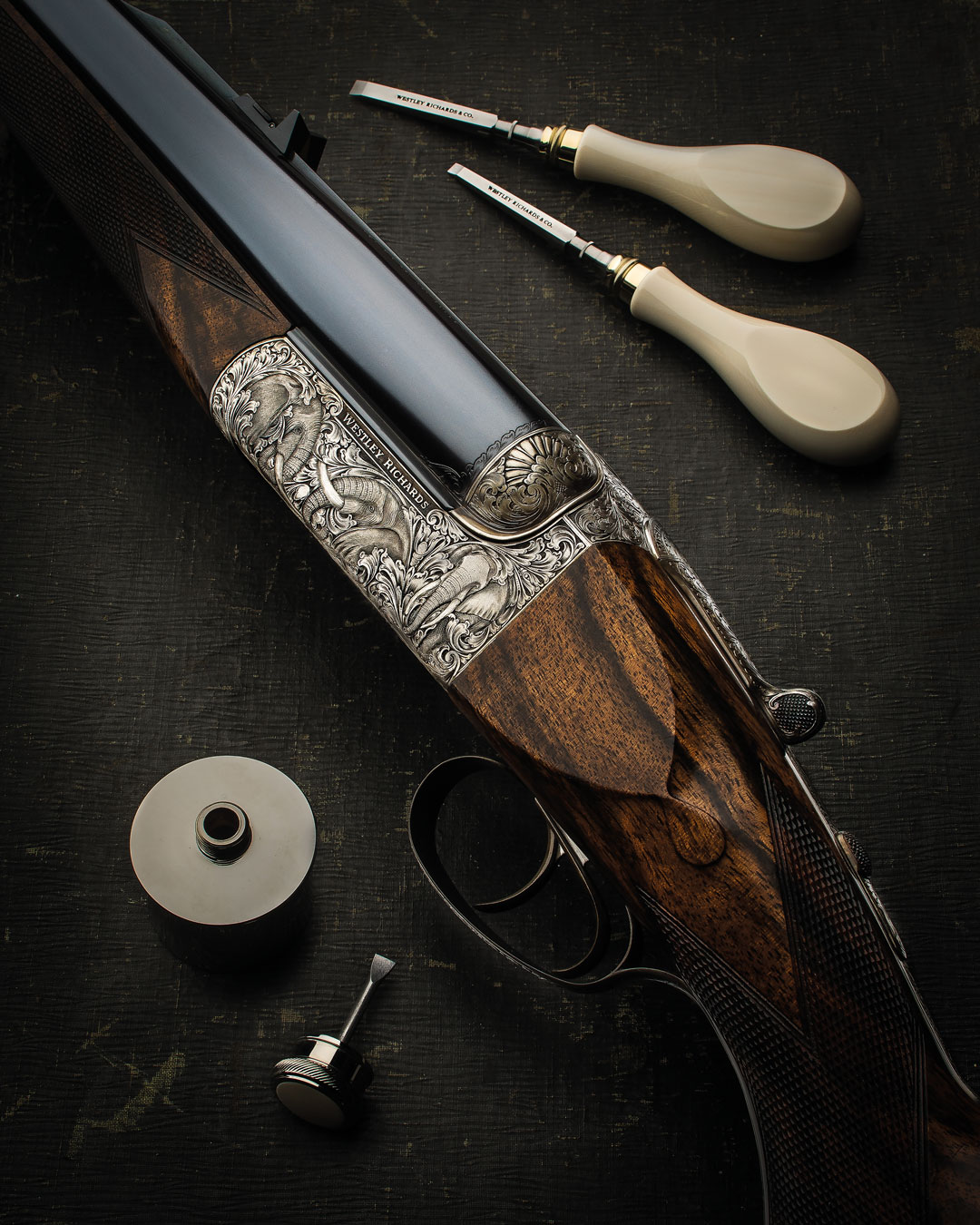 Westley Richards .577 3" 'Elephant' rifle featuring elaborate foliate scroll engraving with reliefs of elephant. The reliefs combine the technique of carving with that of traditional engraving so creating a far more detailed representation of the animal. This technique would feature heavily in the execution of Brad Talletts engraving of 'The Forest Rifle'.

What are the greatest challenges that an engraver faces?

This may seem like an odd answer but I think initially the greatest challenge is learning to sharpen the graver. Unless you can sharpen the graver’s three faces correctly, progress can be very slow. It took me years to do it with ease and even now there is the odd day when I can't quite get it right. Beyond this, it takes a great deal of determination, patience and thousands of hours of practice to be considered a capable engraver. For me, the greatest challenge is in creating new designs that are captivating and then executing them to the highest possible standard.

What do you most enjoy about engraving?

Creativity, focus and, to a certain extent, the solitude!

You must have had some unusual projects over the years?

I did a pair of Churchill over and under shotguns about ten years ago that had naked women draped over and among the scrollwork. That’s about as unusual as it has got – so far!

Turning to Westley Richards, how long have you been doing engraving for them?

Eight years. On average, how many hours does it take to engrave a droplock gun or rifle?In my world, I don't really have an average gun or rifle so the time and processes vary dramatically. For example, you need to know whether the scroll is to be the traditional house pattern or a more complex design. Is the gun to be engraved or carved? Are there game scenes? Is there gold work?

Is there a mixture of engraving techniques?

If a gun is to be engraved with a traditional house scroll, engraving will take approximately 240 hours as there will be no design work needed other than a slight variation in the pattern as the scroll is marked out and scaled to fit the action size. In contrast to this, projects such as ‘The Forest Rifle’ can take the best part of a year. Initially, many hours are spent researching the topic and sketching out how the layout might look on the various parts of the rifle. Once the design is complete and has been approved by the client, literally hundreds of hours engraving, cutting, scraping, chasing, stoning and polishing go into achieving the final finish. One thing I will say about Westley Richards is that no two projects are ever the same!

Tell us about ‘The Forest Rifle’ that you recently completed for Westley Richards?

The concept for ‘The Forest Rifle’ was inspired by photographs of an R. B. Rodda & Co. double rifle that was completed circa 1920. It largely featured carved foliage with Indian game, an idea that we liked. Typically, on a gun with game scenes, you have predominantly scroll with vignettes for the scenes. On our rifle we would only use scroll to frame the scenes and the whole project was going to be carved.

It was decided that Central Africa and the wildlife of that forest environment would be the basis for the project. I set about researching and creating a rough concept sketch, which can be very time consuming as it takes many ideas to coalesce into a clear vision. I always feel laying out a good gun is like putting together a jigsaw puzzle; the animals have to be in a certain position for the rest of the scene to work. With the forest scenes, we wanted to give the impression of peeling back the foliage and looking deep into the forest to discover new animals.

Upon starting the execution, I marked the layout directly onto the rifle – first in pencil and then with a scriber (a steel pencil that marks the surface but does not remove the metal). During this process, the design changed a little as often what looks good on paper strikes you differently when reduced in size. On ‘The Forest Rifle’, the large canvas of the .600 action with its many concave and convex surfaces reflected the light in such a way that I had to reconsider some of the foliage layout.

Once satisfied with the marking out, I started to engrave the outlines and then carve. This involved gently peeling back the layers of steel, forming and shaping. Once the shaping was complete, the surface had to be refinished, either adding texture or detail (in the case of the animals and birds), or slowly polishing and refining the finish with finer and finer stones, polishing compounds and finally paper. It was a very time-consuming and often painstaking process.

Overall, it has been a very enjoyable project even though there have been numerous challenges, particularly with the initial design and the level of finish required to make the whole forest concept work. I think it has been a great success and is a credit to all those involved. 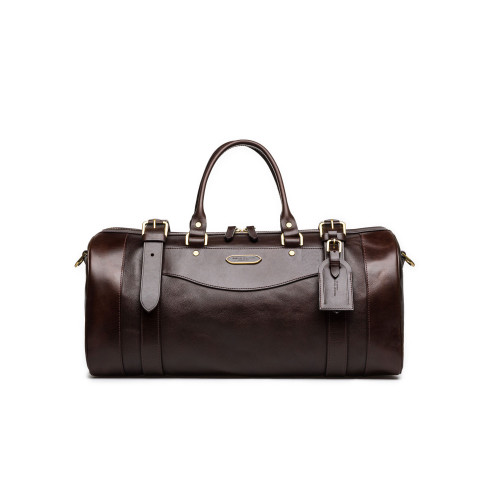