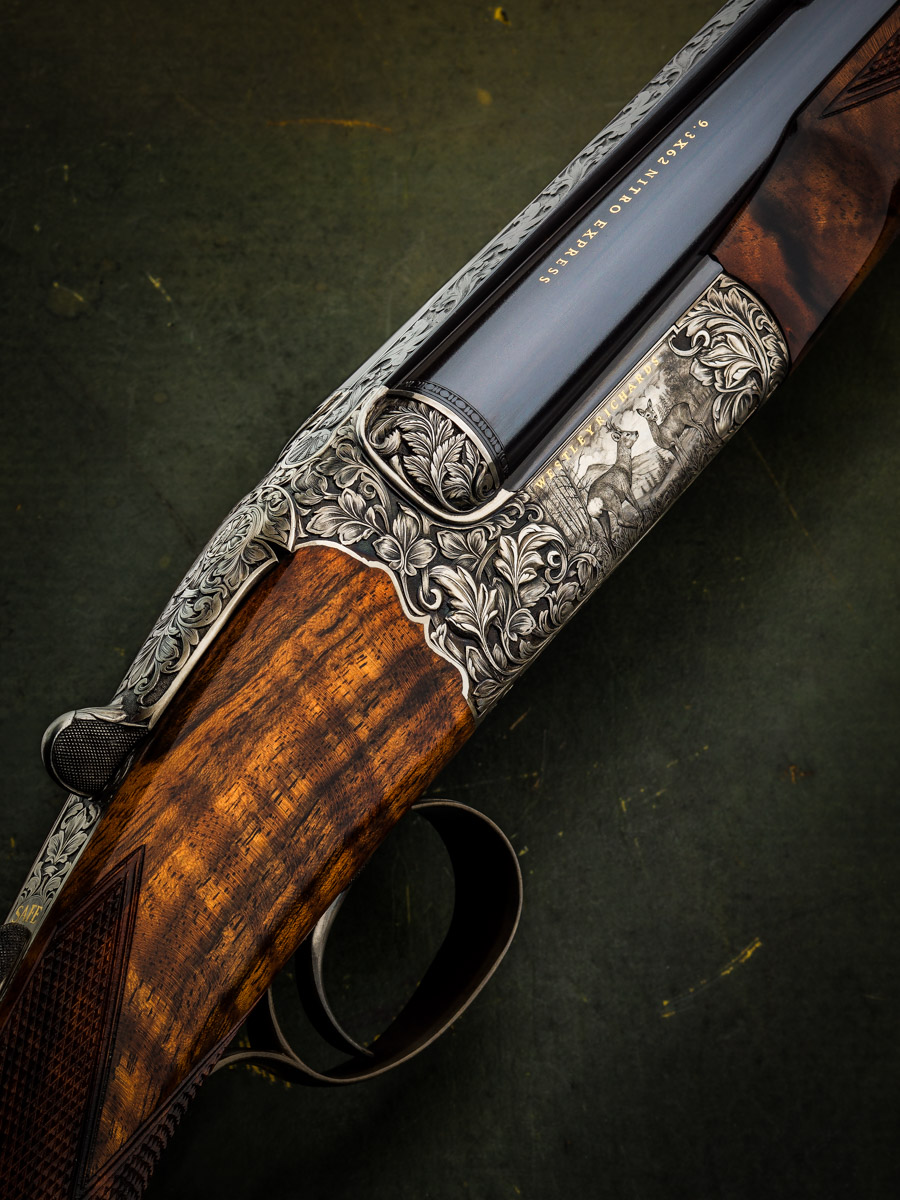 Here in the UK the season for hunting Roe Bucks opens tomorrow, April 1st.  This diminutive little deer is revered throughout Europe and the stalking and taking of a mature 6 point trophy is considered by many one of the finest hunts you can partake in.

As a tribute to the Roe deer we were commissioned a few years ago to build this beautifully scaled hand detachable lock double rifle in 9.3 x 62 calibre.  Weighing a mere 6lb 14ozs the rifle is fitted with Westley Richards patent single selective trigger, a slim semi beavertail forend and open sights regulated at 100 yards for relatively close range hunting.

In this calibre the rifle is primarily intended for the great Spanish 'Monterias' where you might also encounter big Red Stags, Fallow Bucks and huge Wild Boar.  Nevertheless, it makes a super compact and quick handling woodland rifle and would certainly be great fun to use during the Roe Buck rut in late July/early August when the deer can be called to within yards of the hunter! 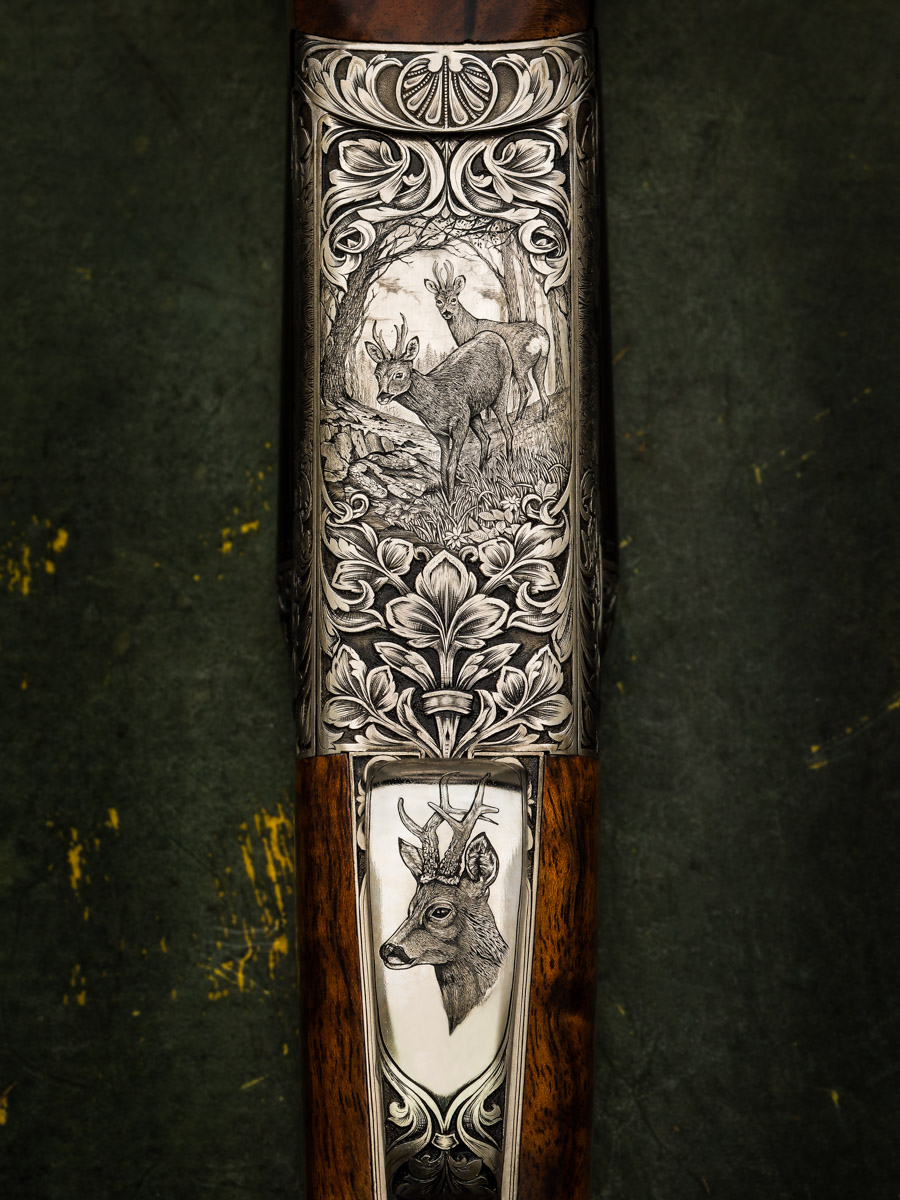 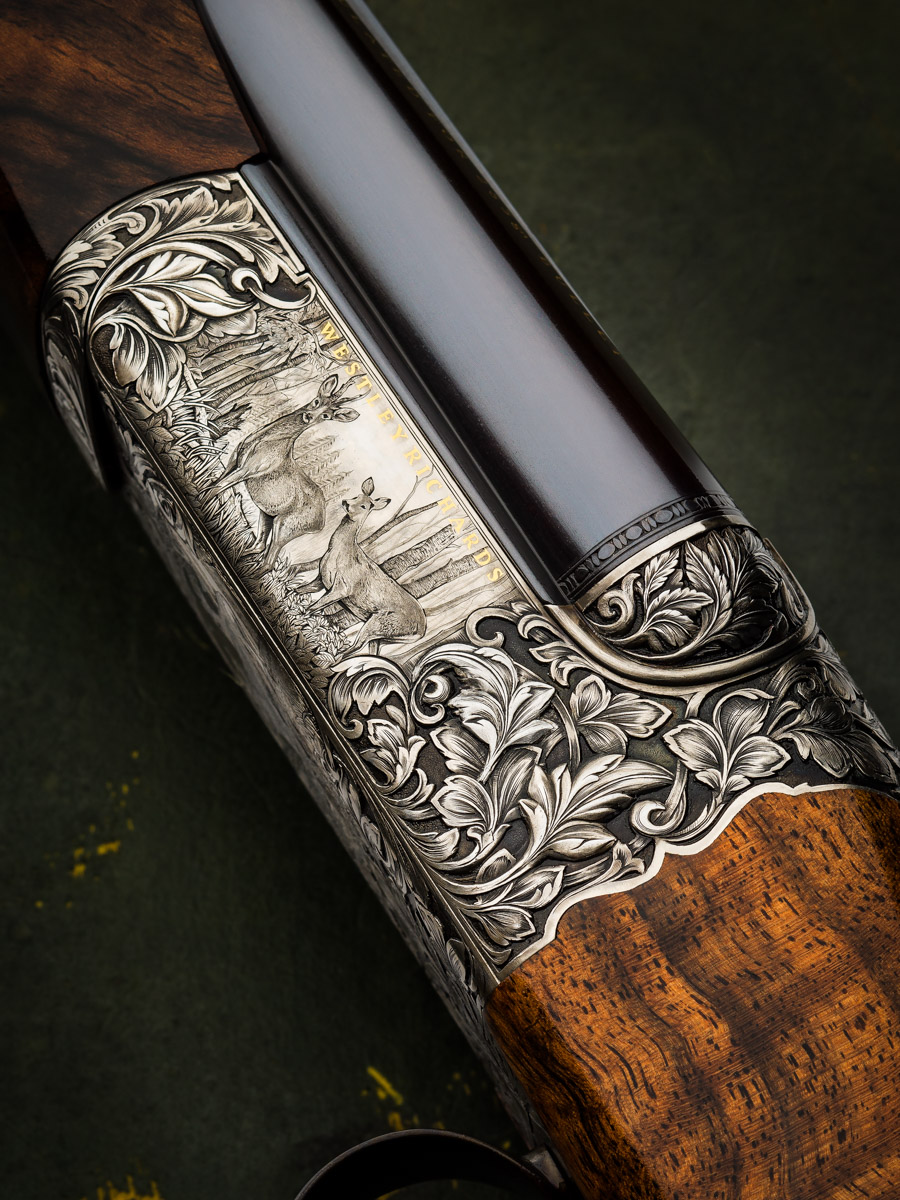