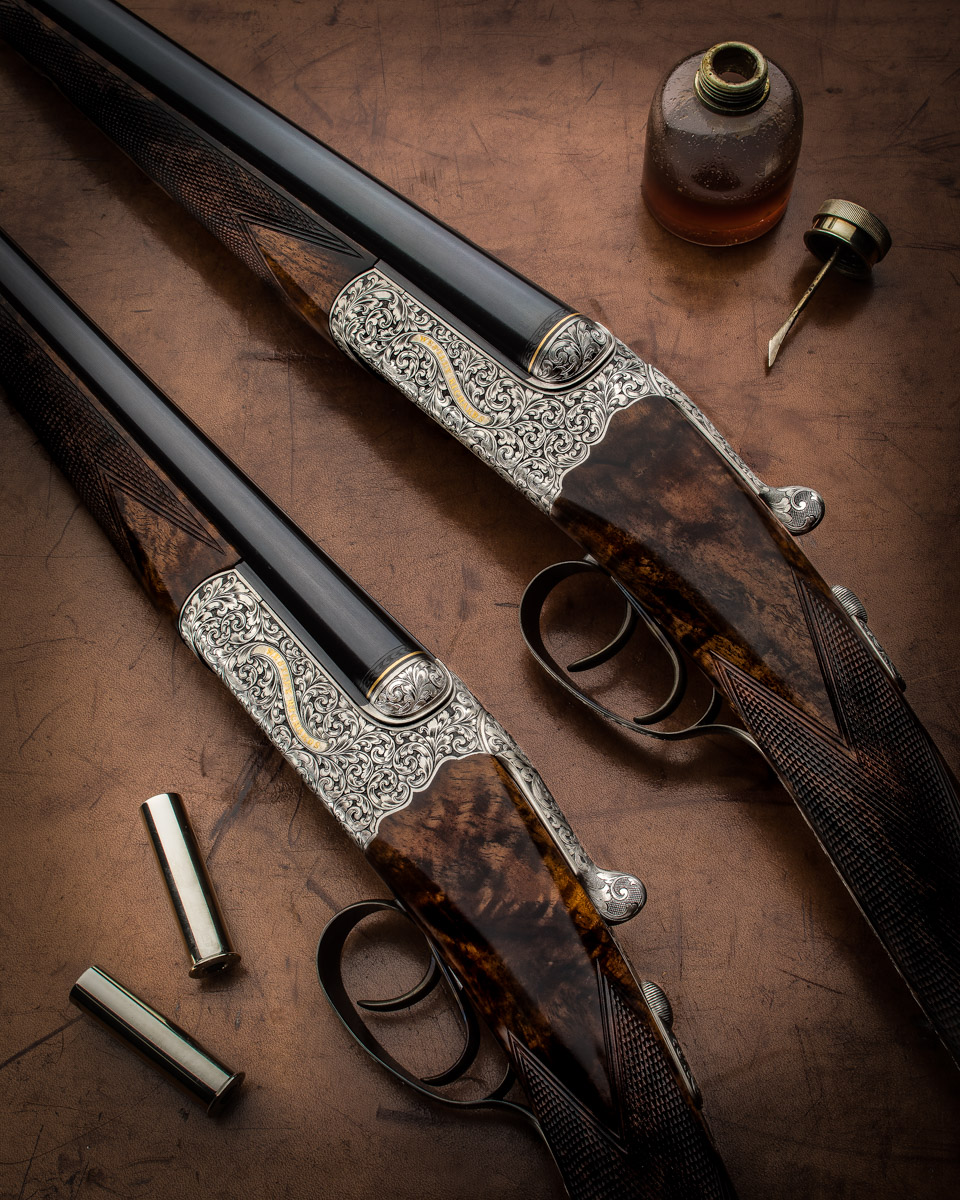 Carrying on from our story a few weeks ago concerning the 3 sets of composed .410 & 28g droplock shotguns, we are delighted to show this week the 2nd pair of guns now finished and ready to dispatch from the factory.

Once again there is a real contrast in both the engraving and wood. This pair have deluxe bold scroll with gold naming and detailing, complimented by a gold bordered game scene of Bobwhite Quail and Red Grouse respectively. The actions have been 'brushed' which really highlights the detail in the scroll and obviously the game scenes. 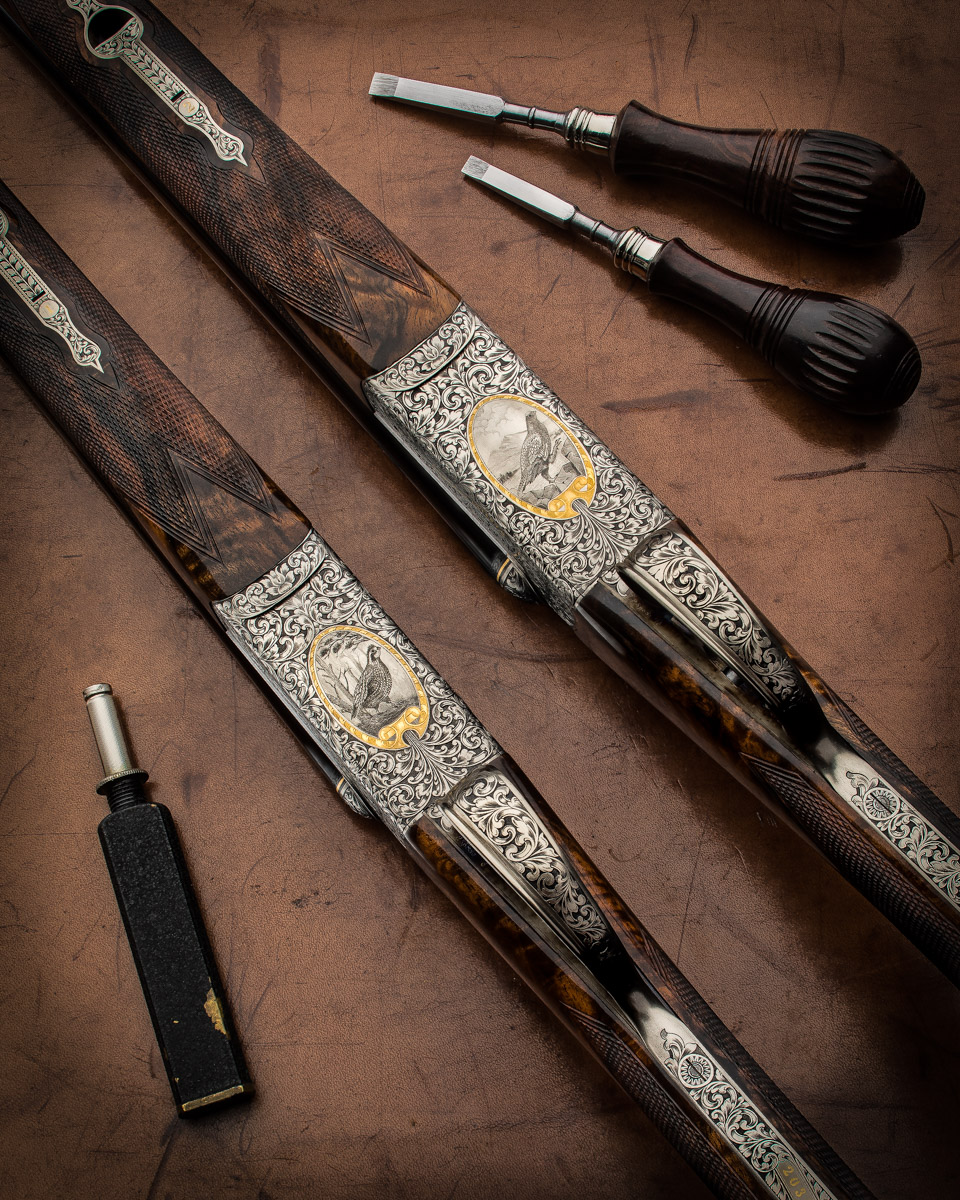 The wood is truly exceptional and in all honesty was taken on as a bit of a gamble by the client. Both stocks came from very highly figured blanks that under normal circumstances are difficult to visualise on the finished gun. In this instance even we were surprised to see just how well the raw blanks formed into stocks and how the figuring contrasted throughout. The photos really don't do them justice! 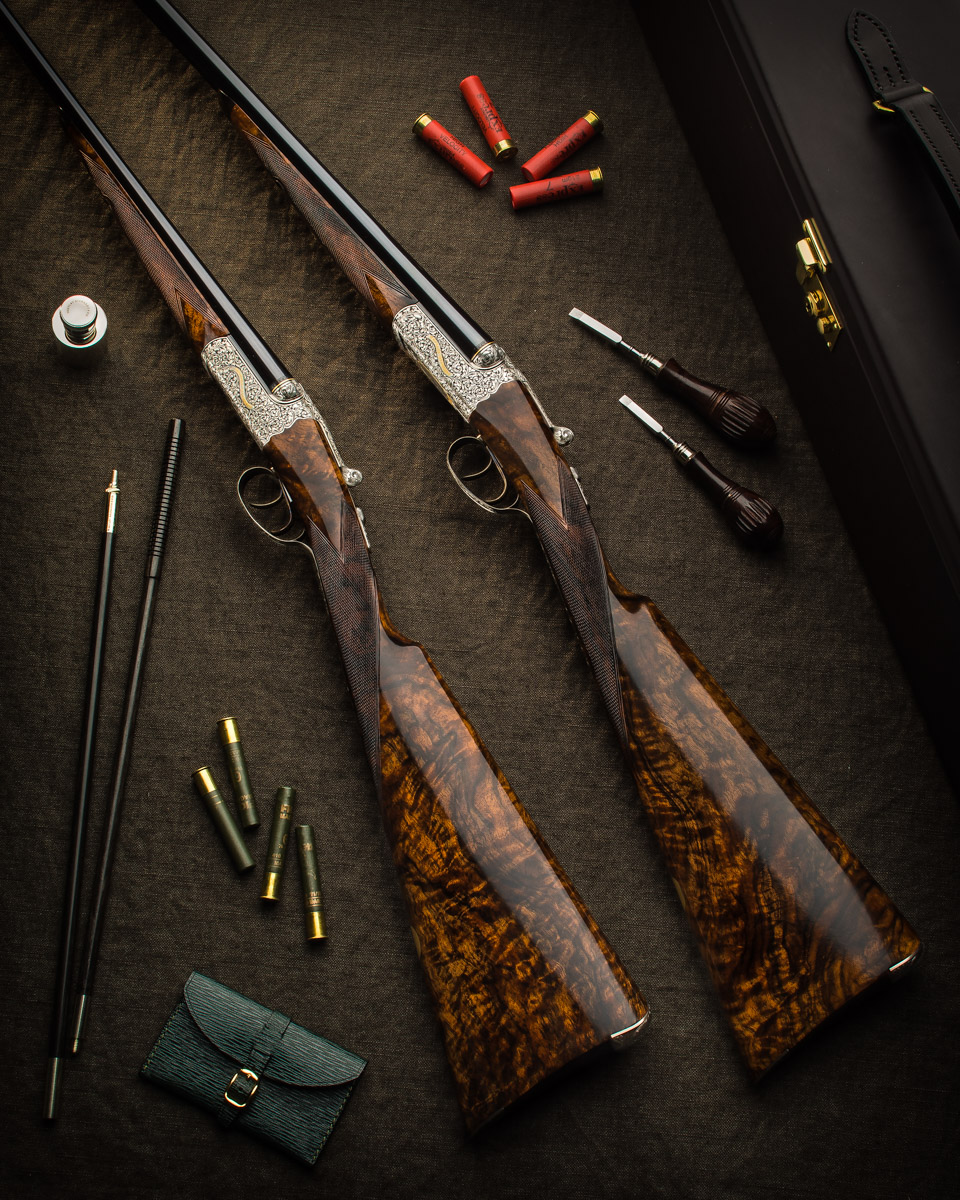