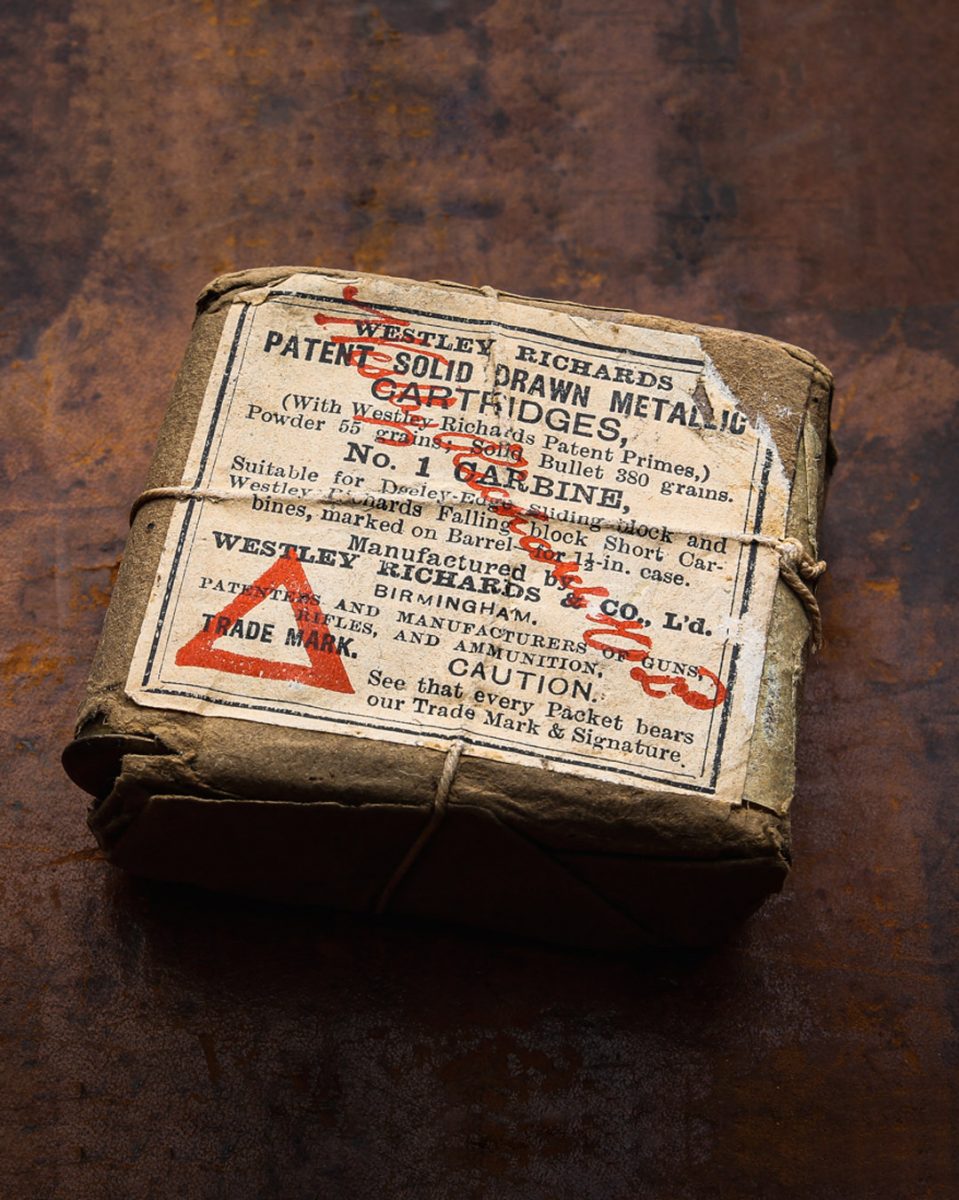 Some Interesting Westley Richards ephemera, curios and other relics.

An original, unopened package of Westley Richards .450 No. 1 Carbine for the Deeley-Edge Model 1869 Carbine. Among his seminal developments such as the doll’s head extension, Westley Richards, the founder’s eldest son, was instrumental in the development of the solid drawn brass case.  While metal cases were not a new concept, the Westley Richards patent number 1572 of 1871 introduced a longer, stronger brass case capable of handling higher velocities. This had lasting effects on both military and sporting arms. This is some of the first ammunition to be loaded with such cases. With 55 grains of blackpowder, it shoots a 380gr paper patched soft lead bullet at 1,300 fps. 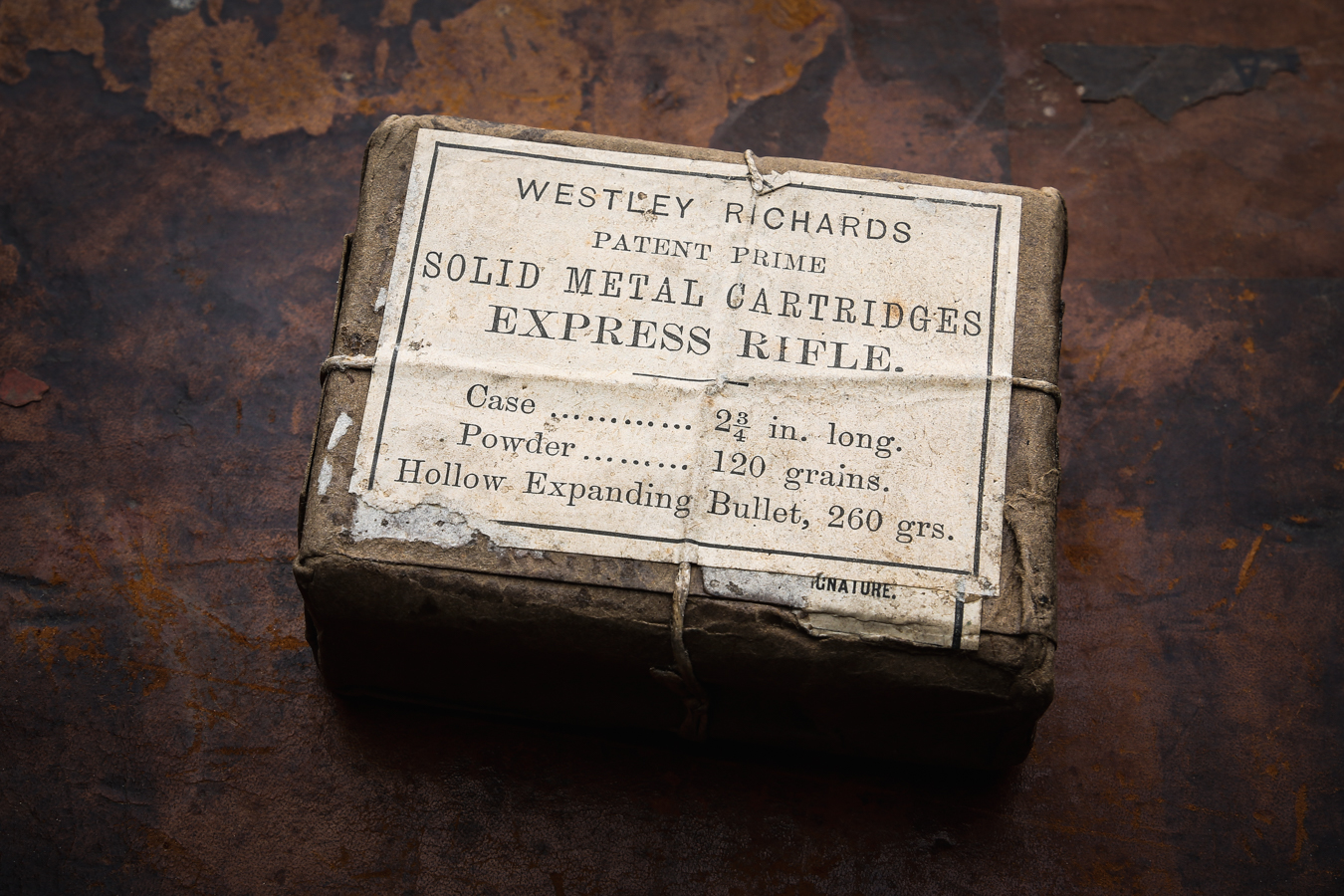 This box is made with Patent Prime Solid Metal Cartridges, some of the first of their kind. 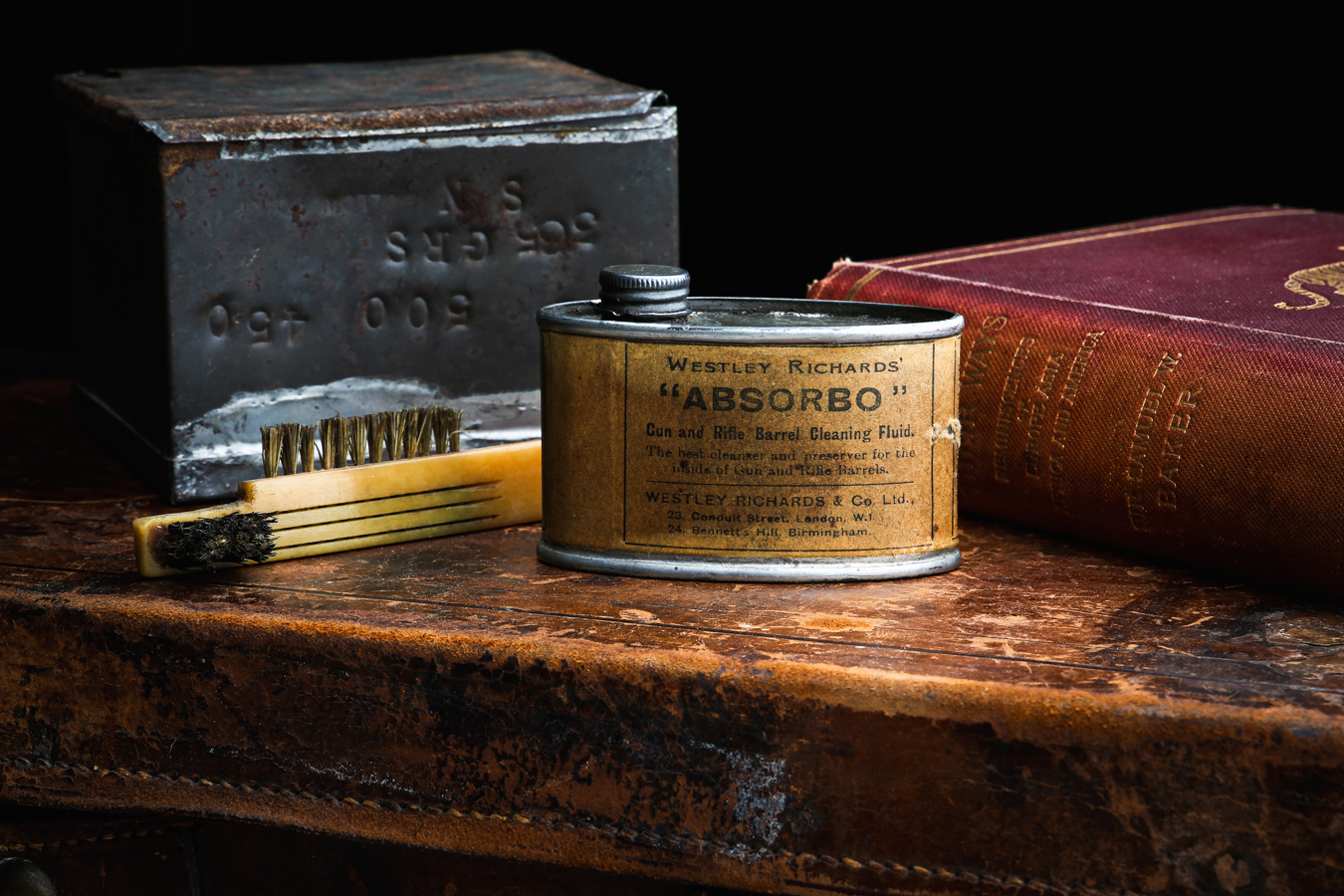 A partially used can of “Absorbo” Gun and Rifle Barrel Cleaning Fluid from the 1920’s. 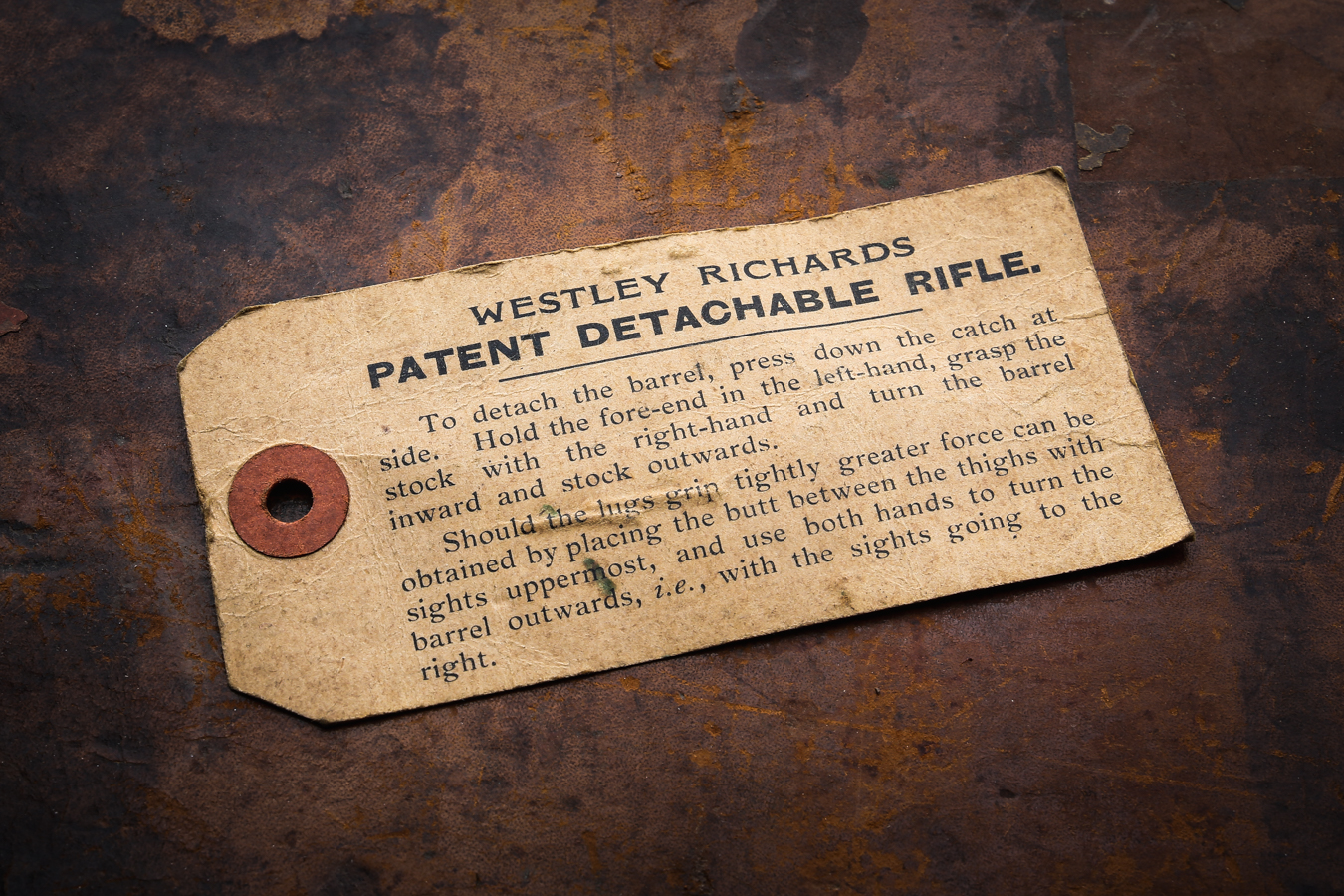 An original hang tag from before World War I, giving instruction on the proper technique for disassembling the Westley Richards Patent Detachable Barrel bolt action rifles. Patent number 9711 of 1894 was the firm’s first patent for a barrel that detached with what colloquially known as the “bayonet” system.