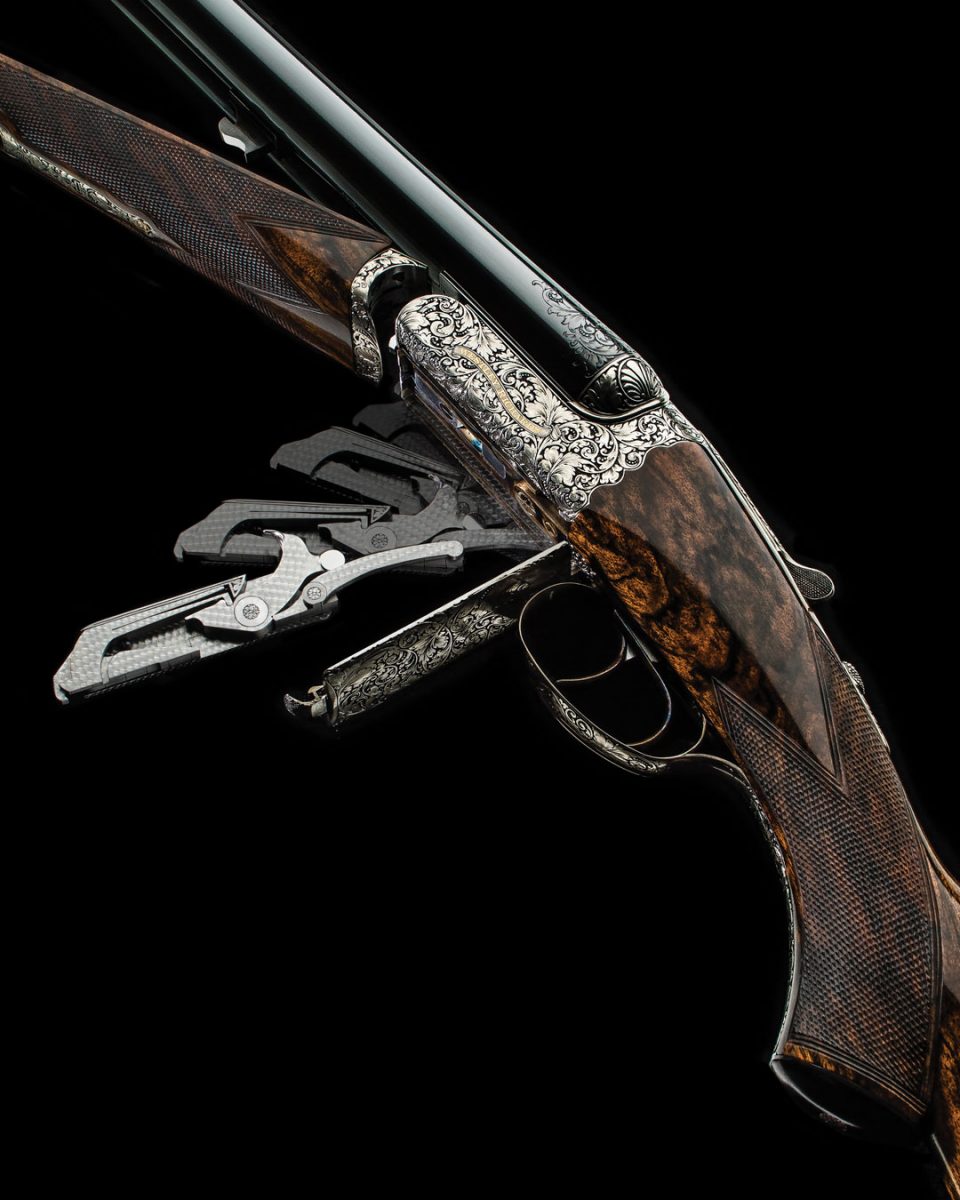 Every droplock Westley Richards is made entirely to order for the individual who commissioned it; there are no new ‘inventory’ guns for sale here. As Managing Director Anthony Alborough-Tregear puts it: ‘It ain’t bespoke if it’s off the bloody shelf!’

Once you’ve placed your order, you will have to wait more than three years. ‘Do you want it fast’, says Alborough-Tregear, ‘or do you want it perfect?’

It’s not a choice. You will get it perfect. A droplock warrants perfection. 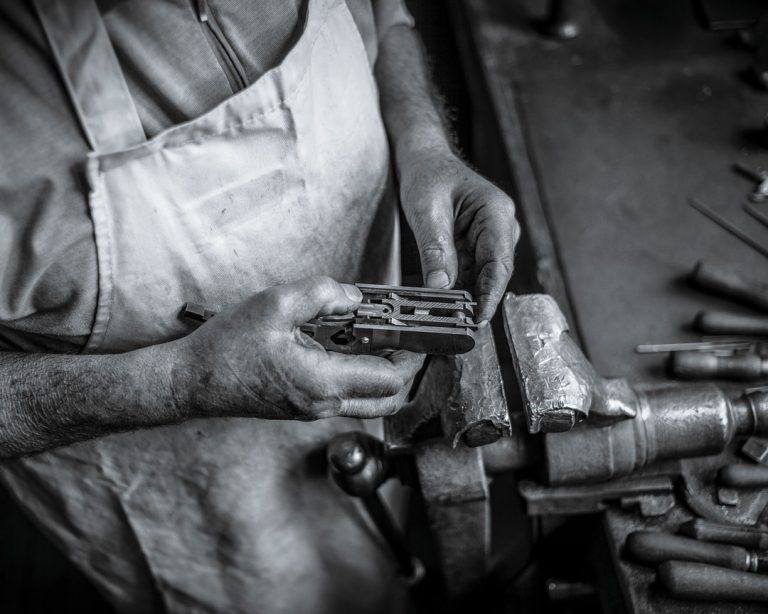 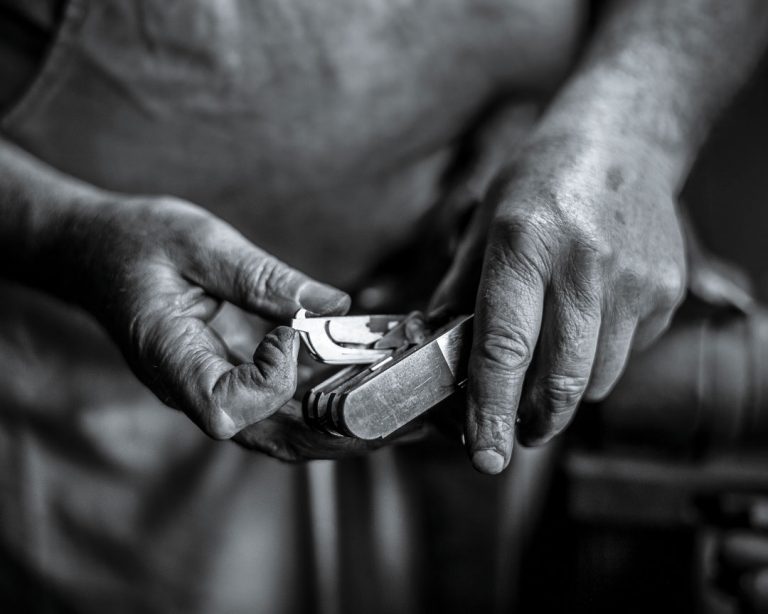 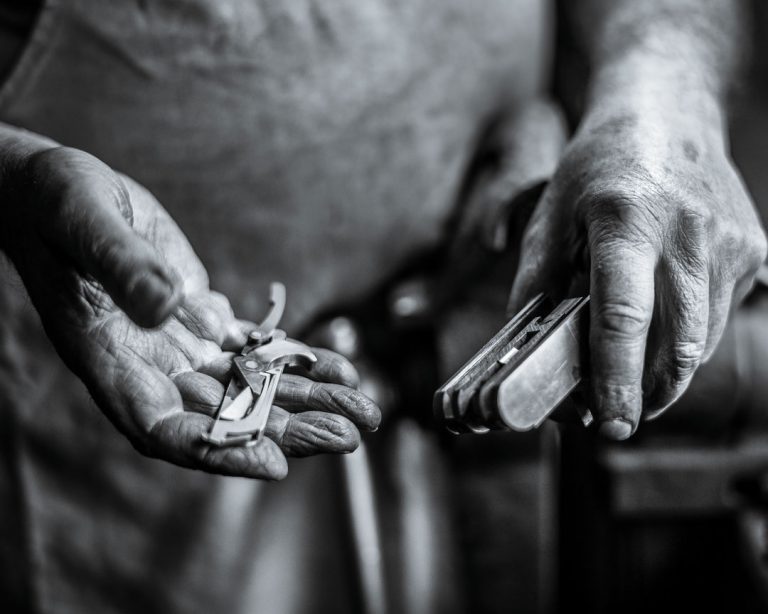 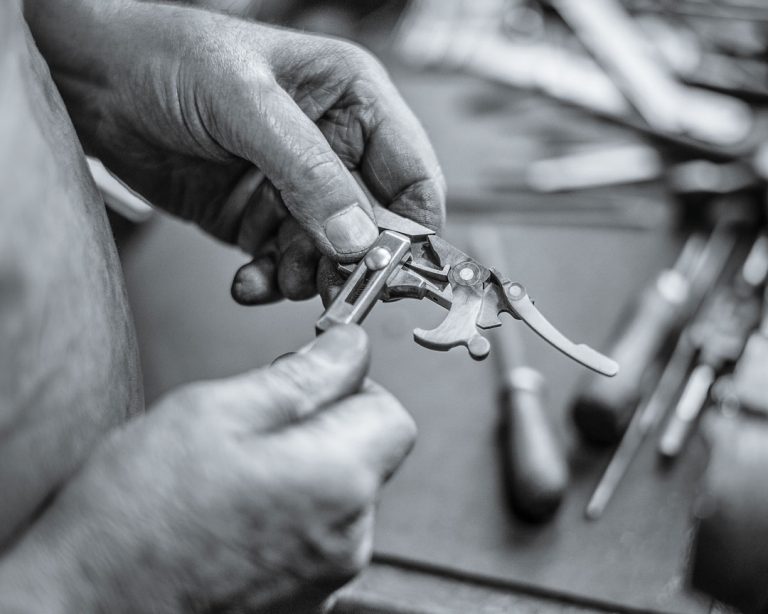 The droplock action was invented here – patented in 1897 by Leslie Taylor and John Deeley. This was twenty two years after Westley Richards had revolutionised sporting gun design with its Anson & Deeley (A&D) ‘boxlock’ action, which used hammers hidden in an action ‘box’ and cocked by the fall of the barrels as the gun was opened.

The droplock may have been an accidental breakthrough. According to company lore, Taylor asked the foreman if he could somehow hide the heads of the lock pins that pierced the sides of the action body, protrusions that Taylor thought ugly. The foreman’s solution was ingenious: essentially, he turned the sidelock concept outside-in. Instead of mounting the lockwork onto sideplates, Deeley and his team attached the A&D’s simple lockwork – hammer, mainspring, sear, sear spring, cocking dog – to two small vertical plates that were then inserted through the bottom of the action body.

Fastened to their plates as they were, these locks didn’t need supporting pins across the width of the action or holes to support the pins. Furthermore, if they could be slid into place from below, the locks could be dropped out again too, for repair or replacement.

The advantages of a removable cover-plate and hand-detachable locks soon became apparent and were spelled out in the 1897 patent. Over the next decade, Westleys refined this design, pairing it with the firm’s other significant inventions, including the Deeley & Edge fore-end latch of 1873, the Deeley ejector of 1884 and the 1901 single selective ‘One’ Trigger. In 1908, Taylor patented a cover-plate that was hinged to the action, to prevent losing it, and a year later he patented an improved ‘One’ Trigger. The perfected ‘droplock’, as we know it and as it is still built today, had arrived. 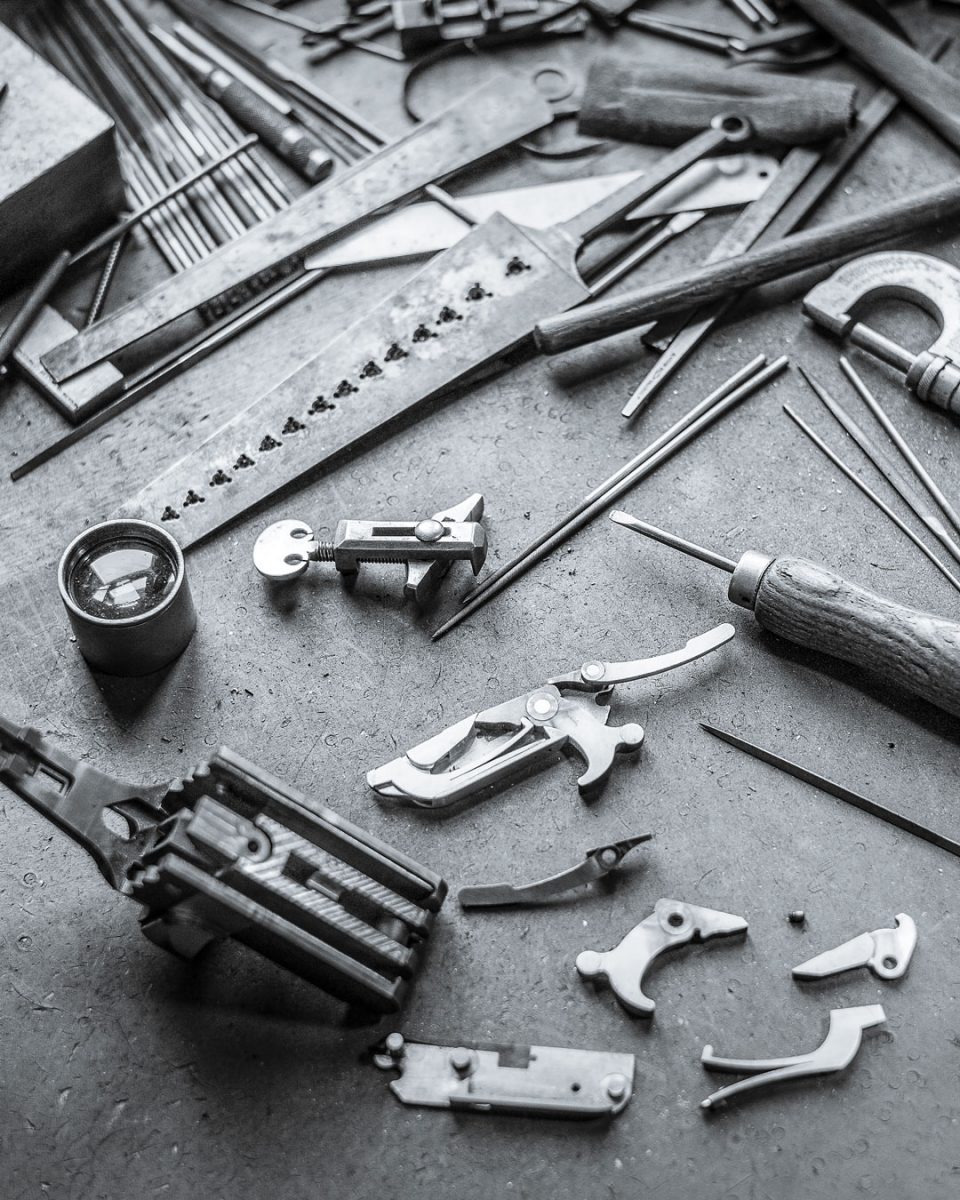 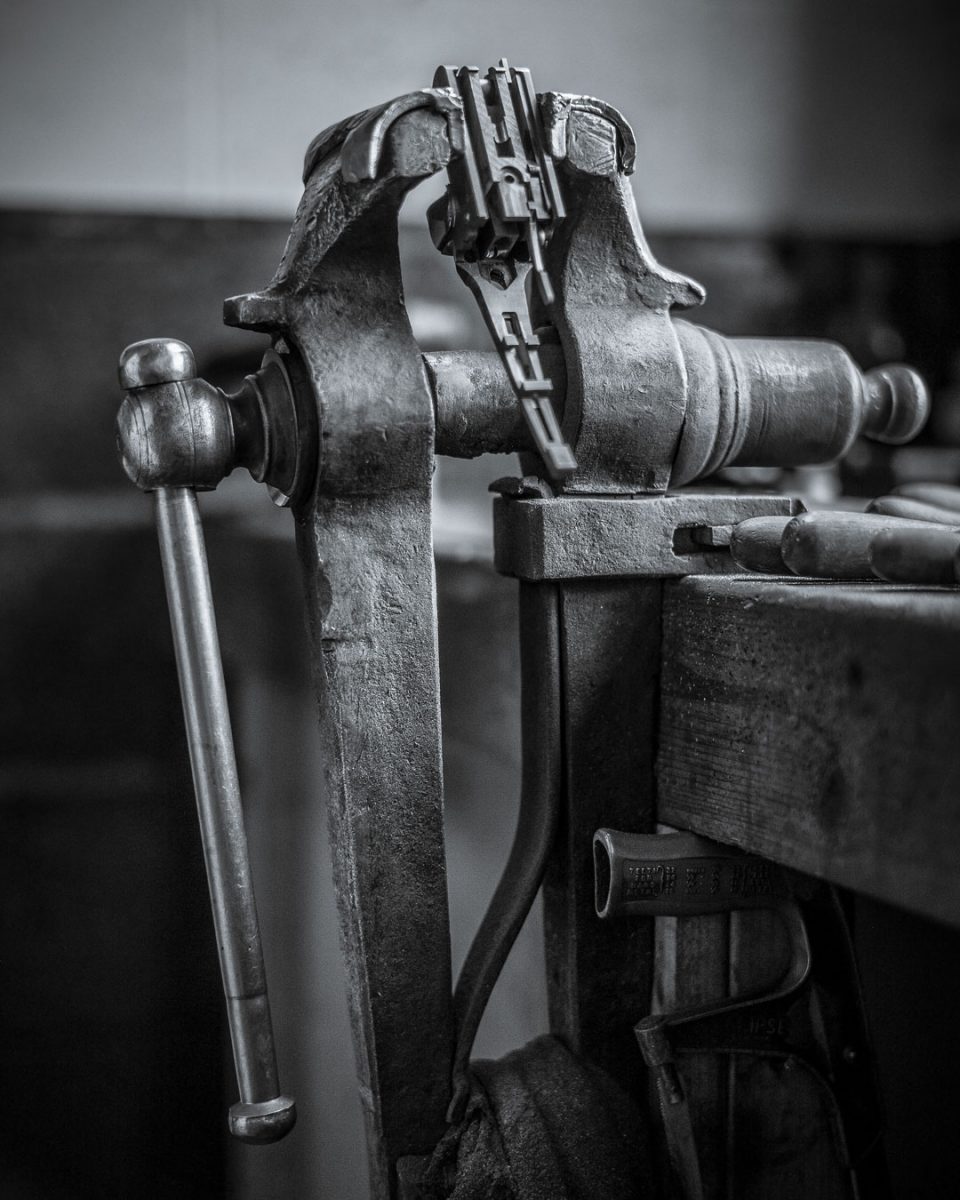 Whether by accident or intent, the droplock was – like Westley’s original A&D boxlock –a stroke of gunmaking genius. In their heyday, in the late 19th century, Britain’s gunmakers developed a wealth of great sporting arms, the best of which are still made today; but as a single design that can serve both guns and rifles, the Westley Richards droplock has proven itself the most versatile and adaptable of them all. By now, thousands of droplocks have been made, from petite .410 shotguns up to massive double rifles in .700/.577 nitro express and in every bore and calibre in between.

As a mechanism for hard work, the droplock has four principal virtues: it is simple, it is reliable, it is strong and it is easily cleaned and serviced. Each detachable lock has only five working components, compared to eight or more for a typical sidelock. All of its parts are robust, too; unlike a sidelock, there are no small springs or delicate swivels. As Henry Sharp wrote of the droplock in Modern Sporting Gunnery in 1906: ‘There is not one part too few, nor one part too many’.

The droplock gun’s bolting is immensely strong. In 1862, Westley Richards patented its doll’s-head extension, the first effective top fastener, and then perfected it with the type ‘C’ variant, still used today. A doll’s-head locks the barrels to the top of the action, as far as possible from the hinge pin. Properly fitted, this significantly minimises flex in the action bar when the gun is fired and greatly reduces stress at that critical angle between the breech face and the action flats.

The action table on a conventional boxlock is relatively thin compared to that of, say, a back-action sidelock. Moreover, the pin upon which its hammers pivot is directly beneath the nearly right angle where flex is concentrated, and critics of the traditional A&D like to point out that the hole for this pin inevitably removes metal from the frame where it is most needed. The global success of the A&D action over an incredible 144 years indicates that this potential weakness is more theoretical than real, especially in properly-made boxlock shotguns. Double rifles built on conventional A&D actions invariably have a top extension to add strength – a Westley Richards doll’s-head or variant like the old Webley Screw Grip, or a Greener crossbolt. 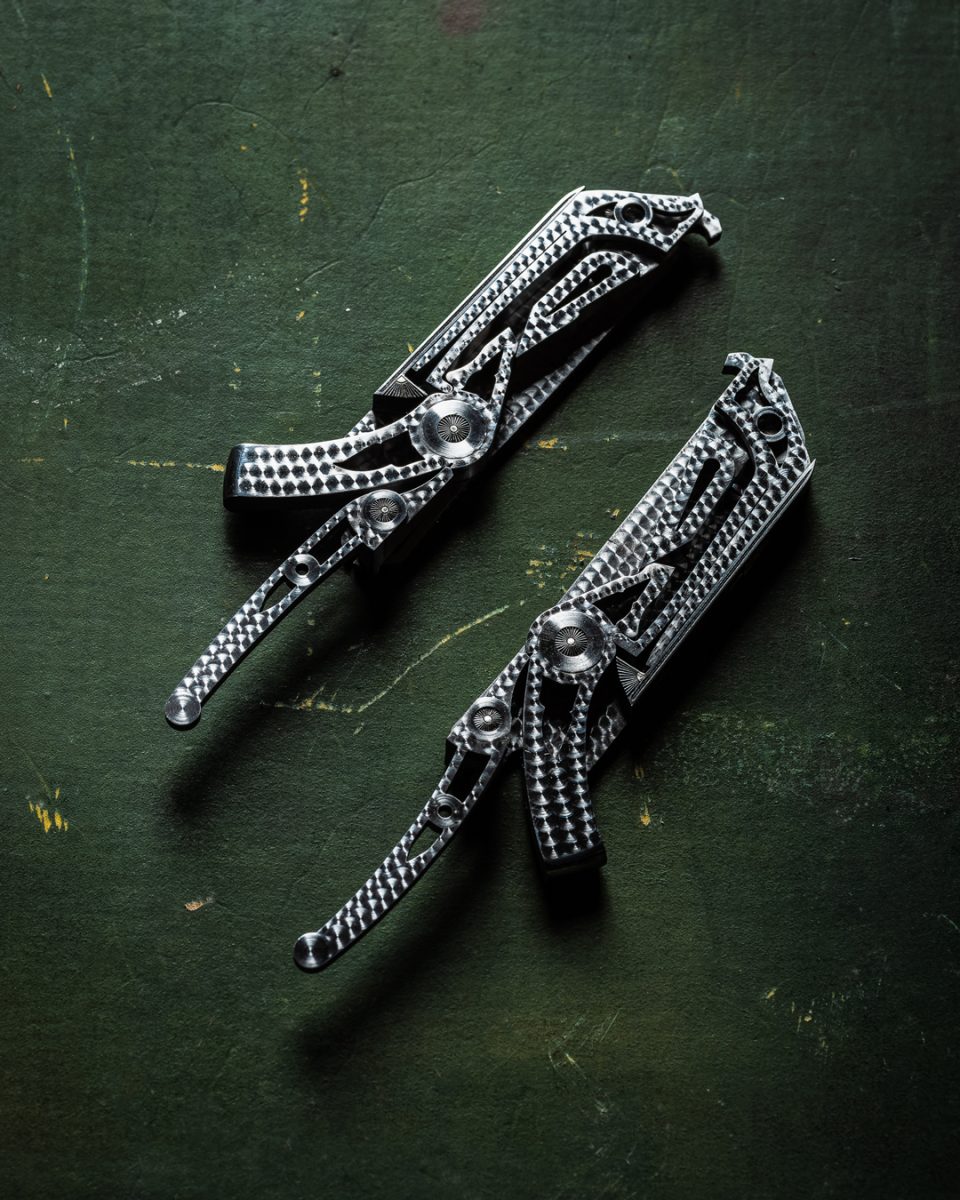 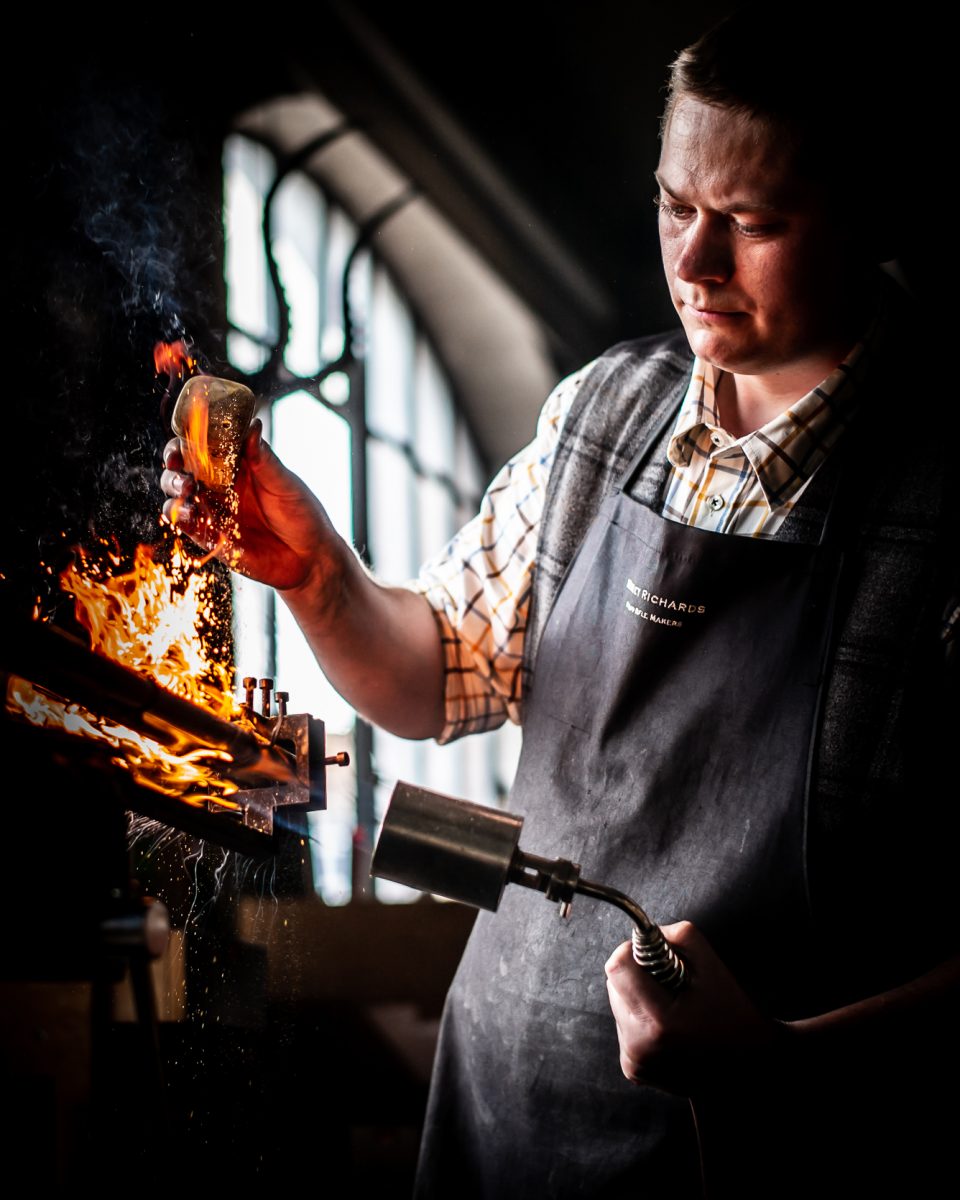 Best Gunmaking at its Zenith - A Westley Richards Film 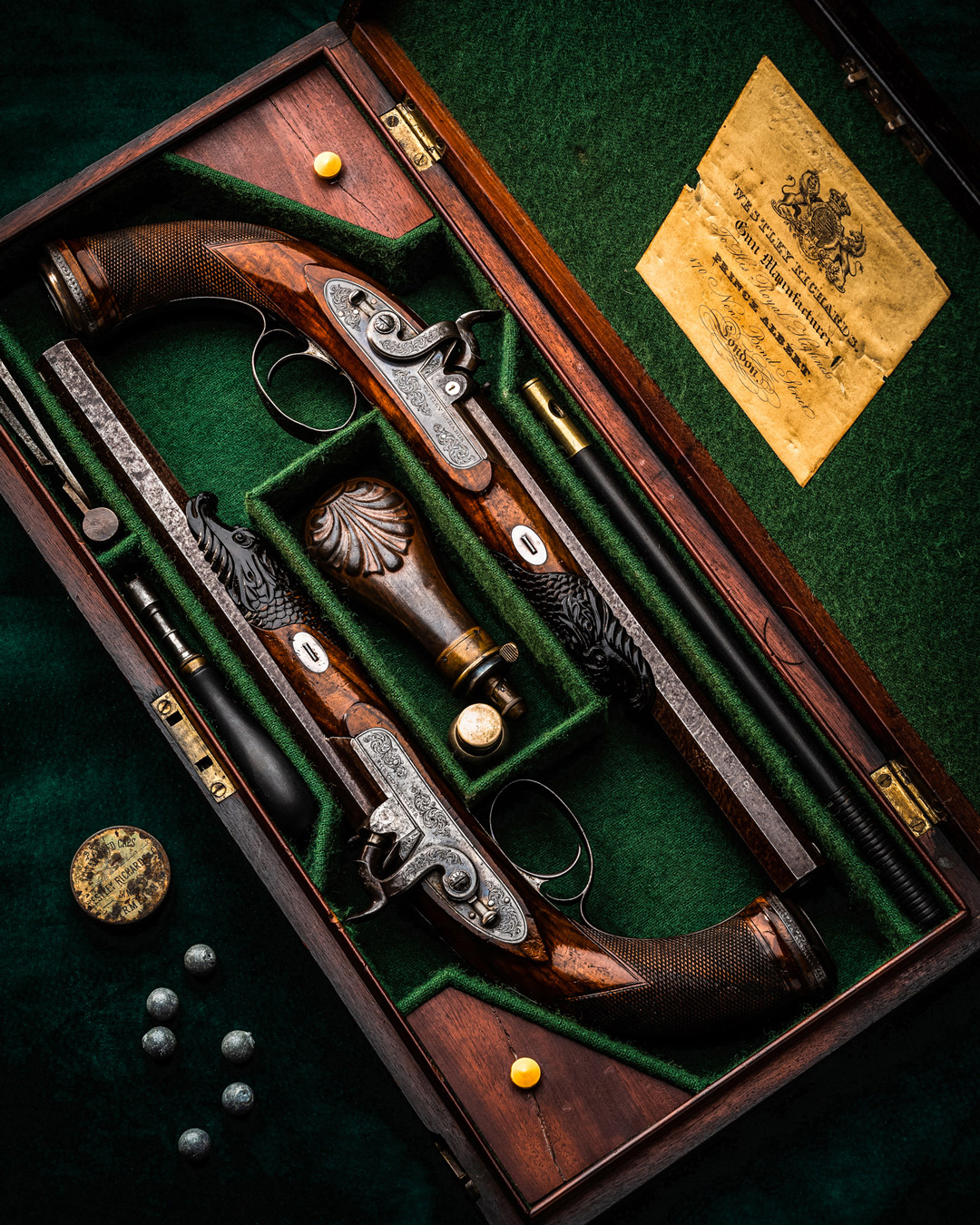 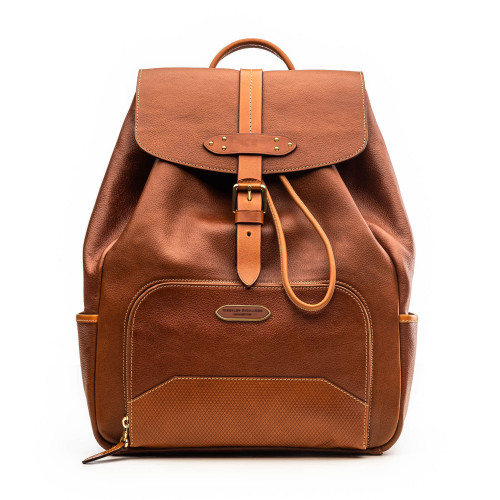 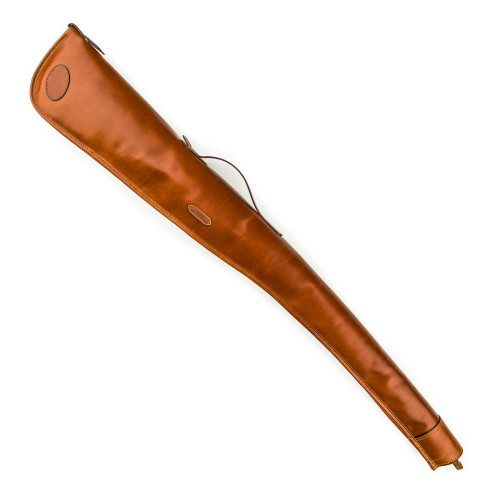