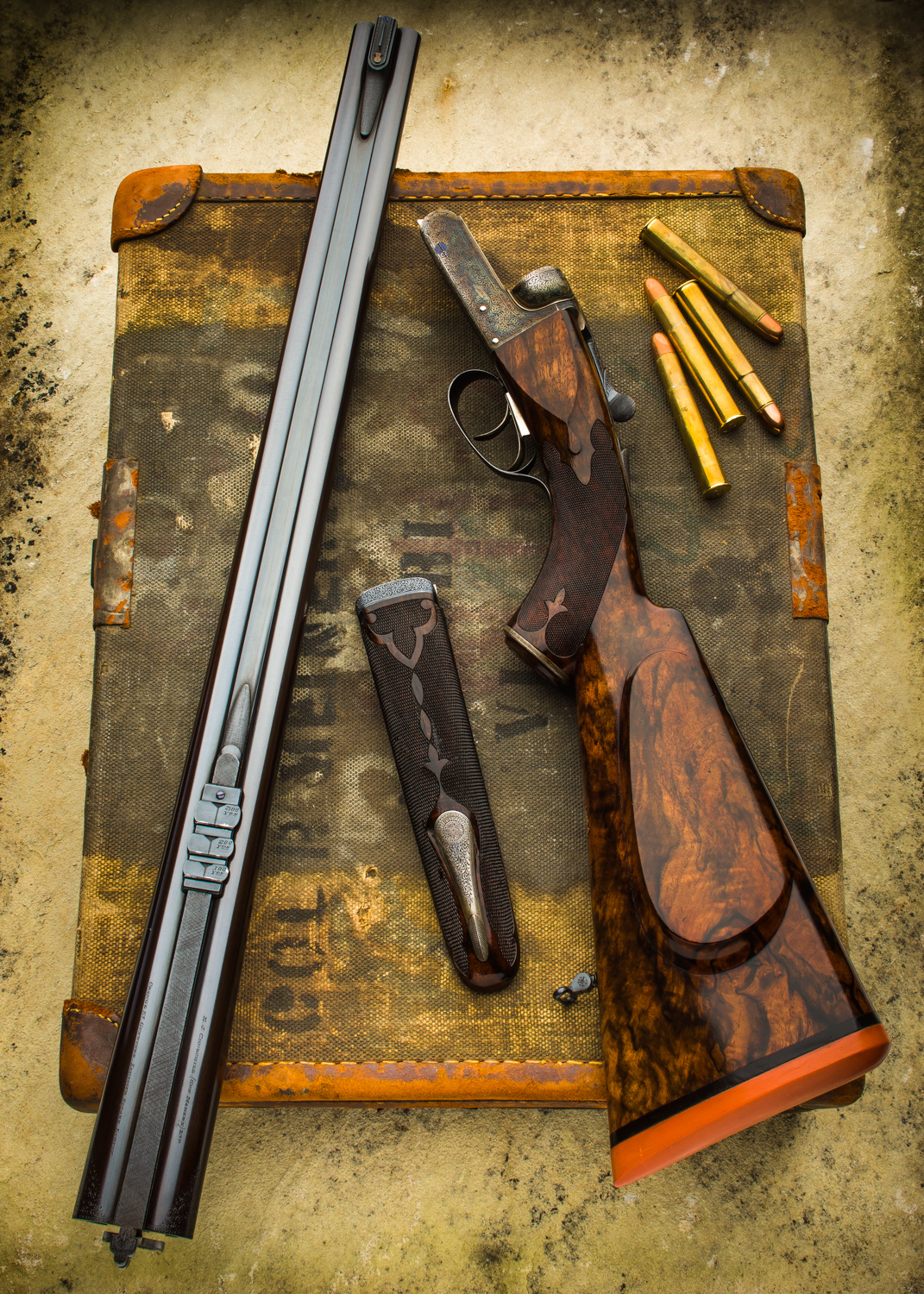 The gunmaking name E.J.Churchill conjures up for the majority of gun enthusiasts the 'XXV' (25") barrel shotguns that the company was so famous for promoting in the pre-war years. The raised rib and short barrels made for quick gun handling and suited a very instinctive style of shooting promoted by family member Robert Churchill. Brand names such as 'Hercules', 'Zenith' and 'Premiere' remain synonymous with the company. 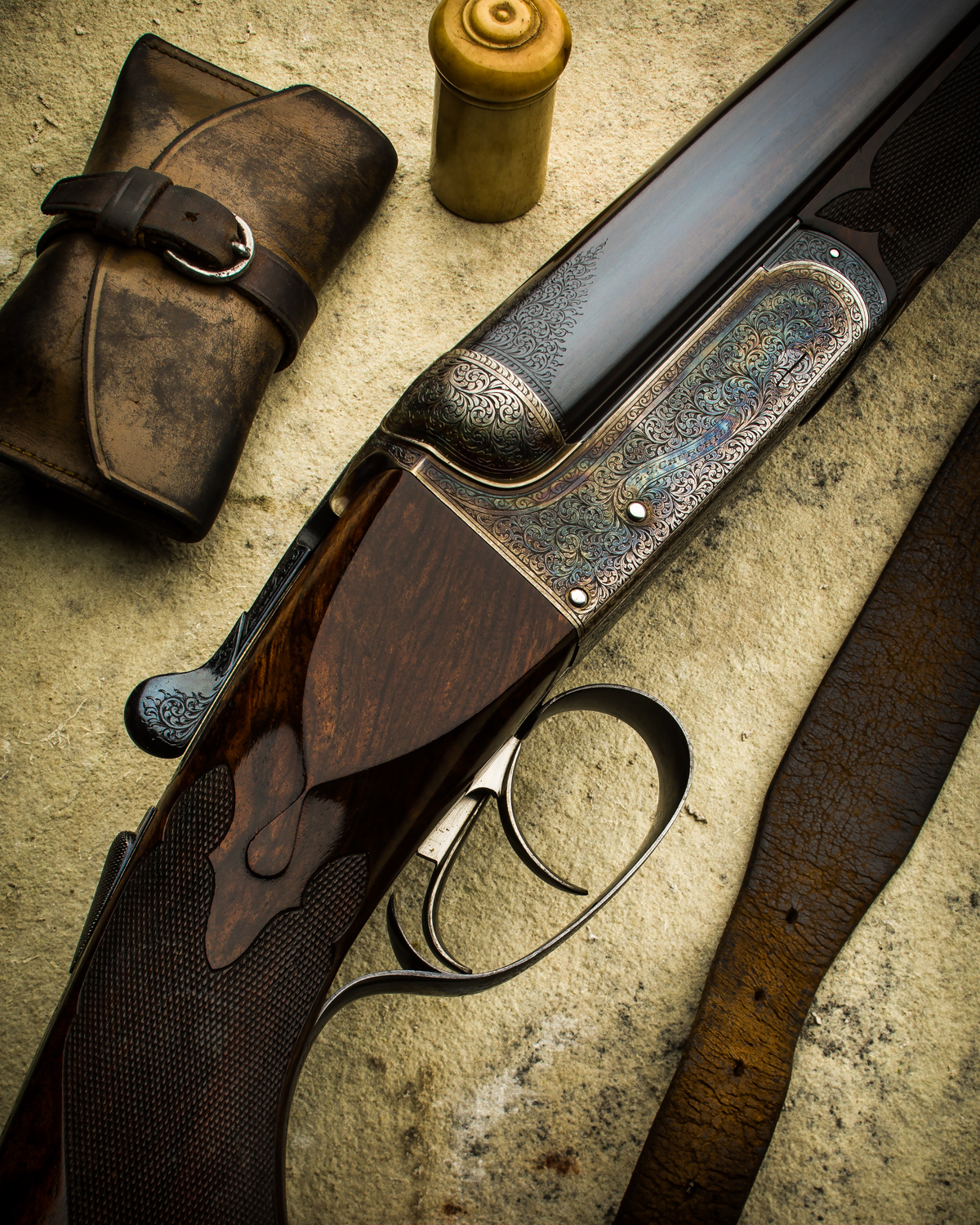 Double rifles by the maker are few and far between so this particular rifle really is a treat. Built as a 'Hercules' best quality model fixed lock ejector in the fantastic .470 nitro express calibre and completed circa 1940, everything about the rifle really is 'best quality' with wood that even by modern standards is super exhibition quality, complemented with a fabulous fleur dy lis checkering pattern. The engraving is the tight full coverage Churchill house scroll with the rifle retaining nearly all of its original case colour hardening and finish. As fixed lock double rifles go it is probably one of the best you will see. 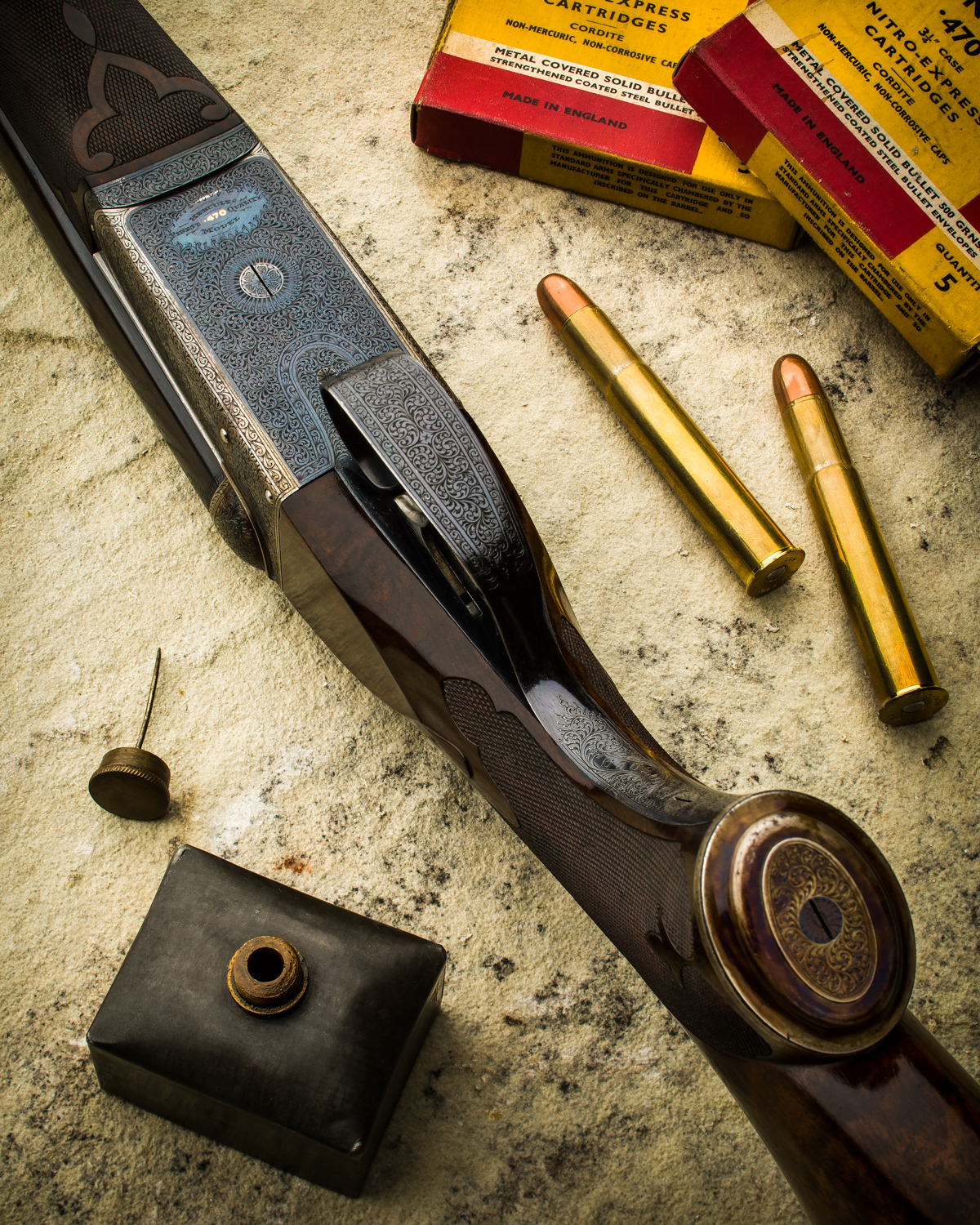 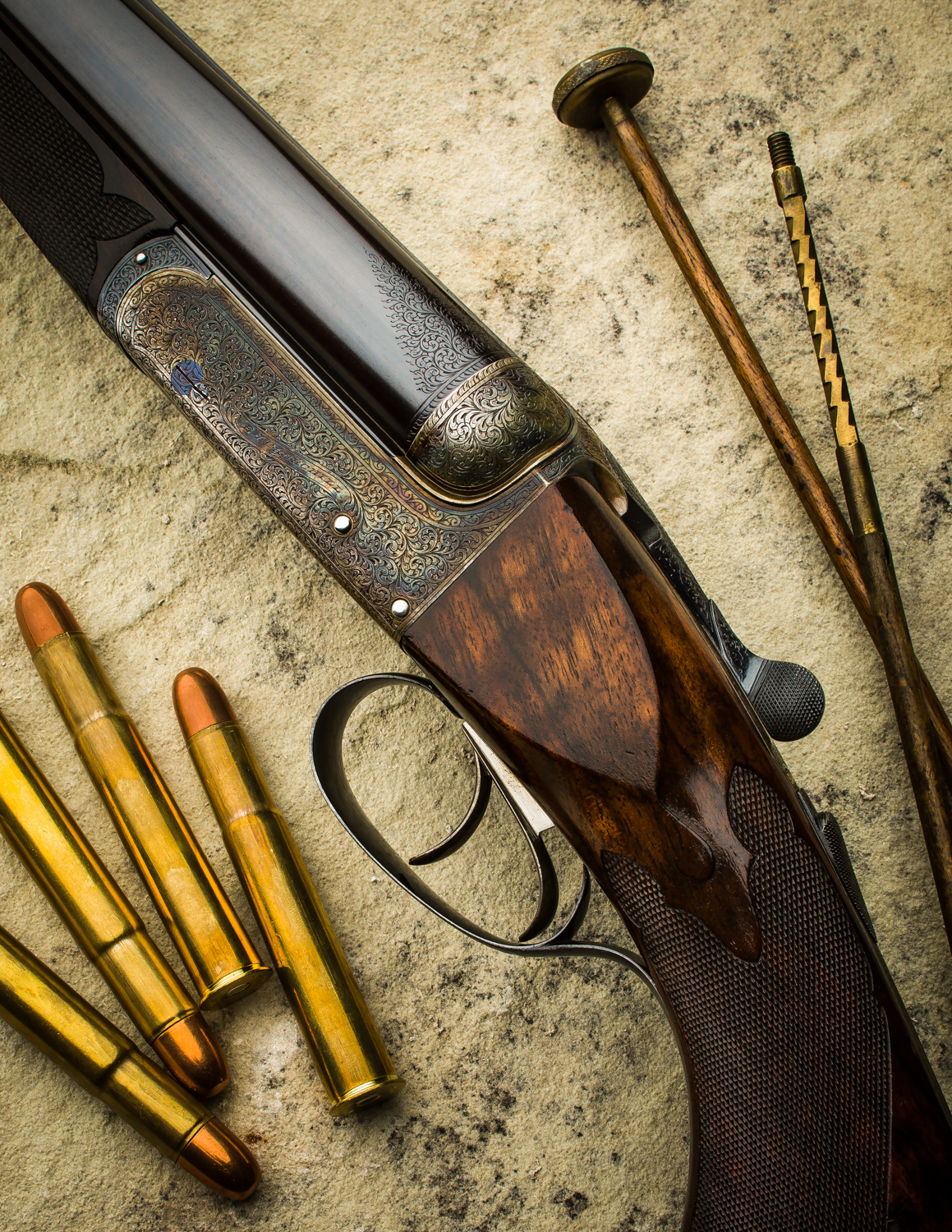 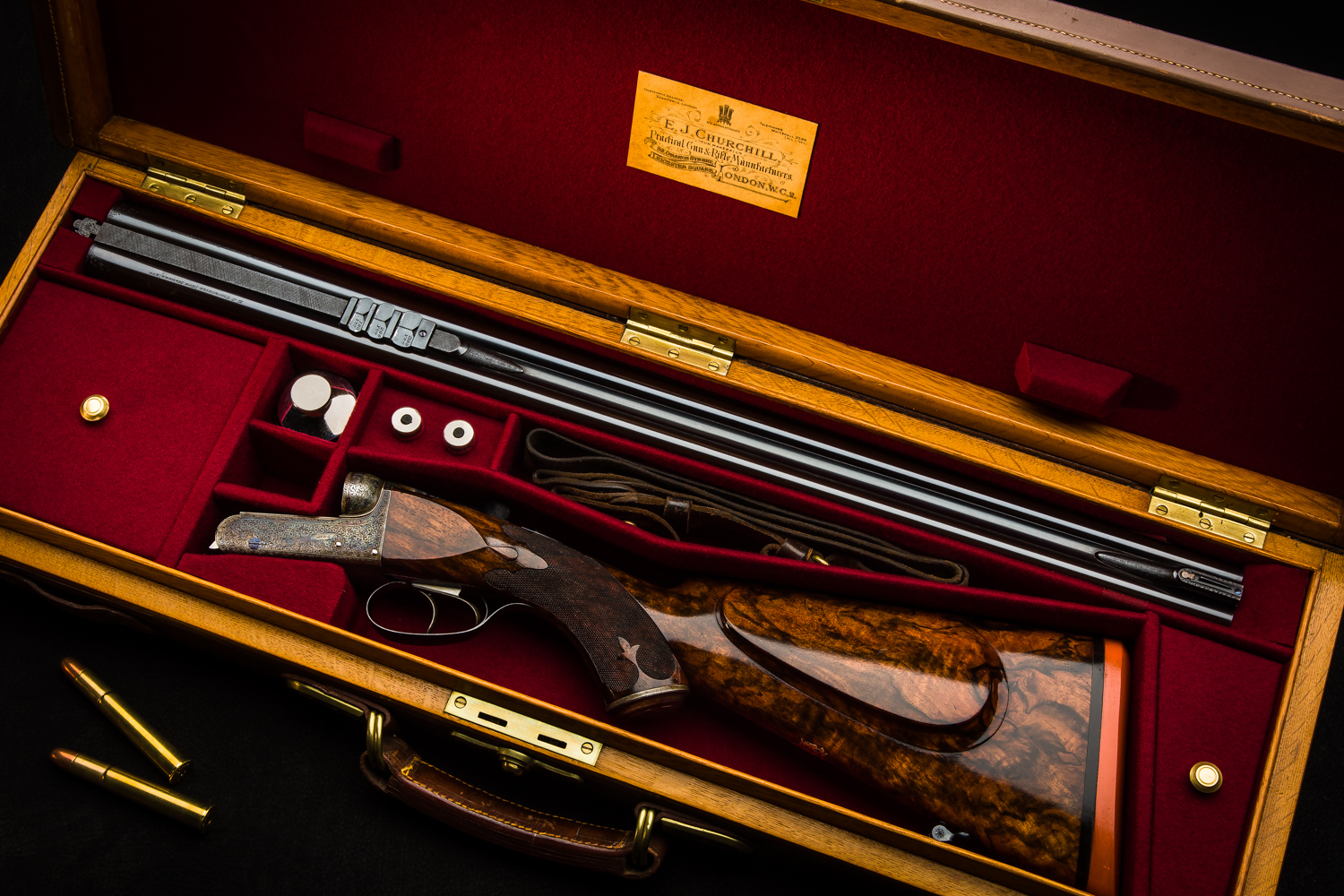 Established in 1891 by Edwin John Churchill, the company still thrives from its base in West Wycombe, Buckinghamshire, where ironically and very professionally it caters to thousands of shooters every year, a fitting tribute to both Edwin John Churchill and later Robert Churchill who were fanatical shotgun enthusiasts and instructors. For any travelling sportsman coming this season to shoot in the Uk you cannot go wrong paying the shooting grounds a visit and sharpening up your skills.