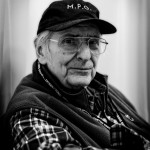 One of the highlights of my annual trip to the Las Vegas Antique Arms show is visiting with Alex Andreoff.  Alex in his spare time, is a both committed and very knowledgeable gun collector, a practising conservationist and a passionate squirrel and pheasant hunter. 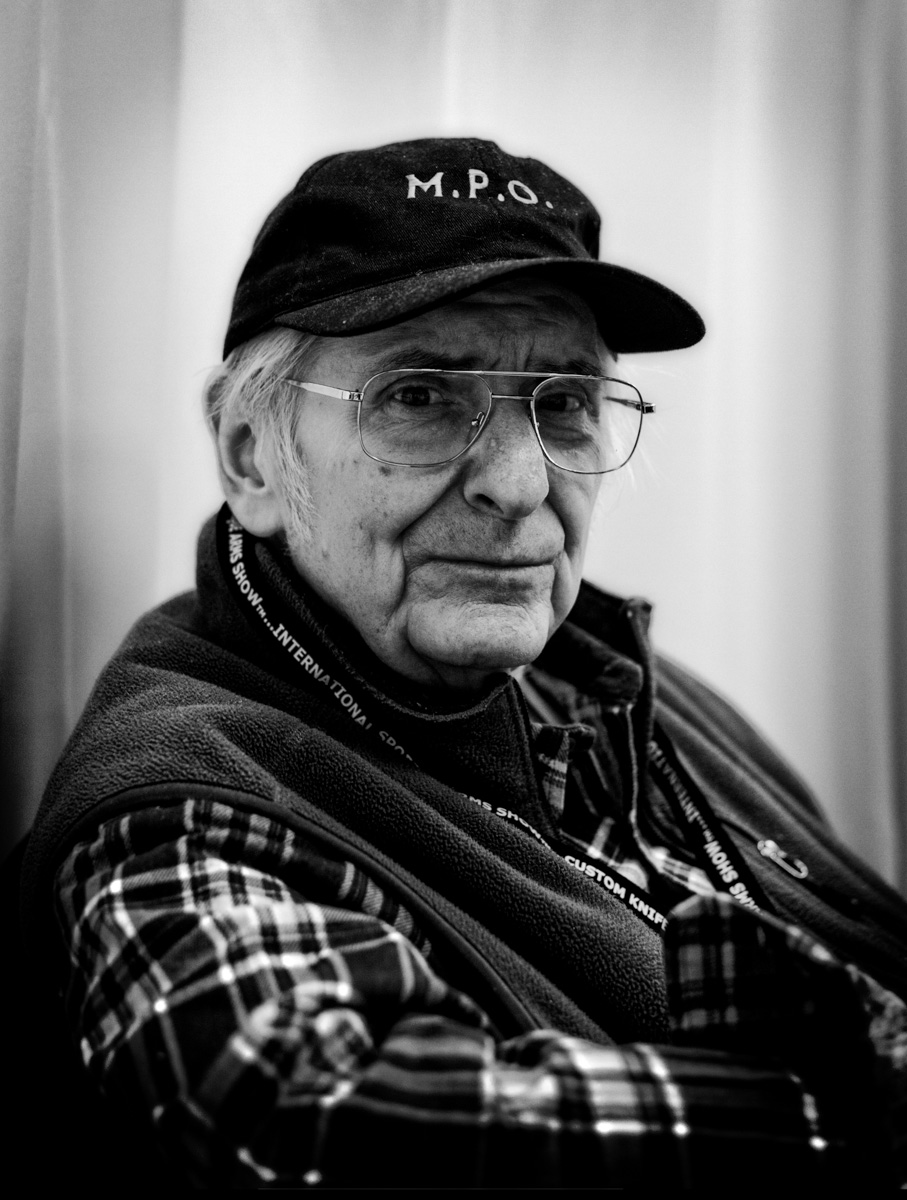 Alex was my first 'new gun' customer at Westley Richards and for quite some years I was building him shotguns in various formats. Most of these guns had the benefit of being engraved by those we now recognise as the leading engravers of our times, Brown Bros, Coggan, Hunt etc. A wise investment it turns out to have been!

I hope you enjoy this article which demonstrates his life of putting back into hunting as much or more than he has taken out, leaving a both productive and well managed hunting area for the future generations of squirrel and pheasant hunters.

In a way, the hundreds of acres of prime hunting land Alex Andreoff has saved and improved in western Ohio can be traced to his boyhood passion – squirrel hunting.

“As a youngster, squirrels were the first thing that I hunted,” says Alexander, who only owns up to being “over 70” and who now describes himself as a pheasant and duck hunter. Still, he adds, “I like to hunt squirrels …going in the woods to walk around.”

Beginning in the 1970s,  Andreoff, a lawyer by profession from Springfield, Ohio, started looking for a squirrel woods of his own along with some farmland and water. He had been making regular pheasant hunting trips to South Dakota, but started thinking of creating his own hunting lands closer to home.

His initial attempt to secure a 130-acre property fell through and that turned out to be fortuitous. His redoubled efforts led him to a 1,089-acre property in Logan County, which over the years and with the help of Pheasants Forever, Ohio Division of Wildlife, and U.S. Department of Agriculture, has become the anchor of some 3,600 acres of marvelous hunting land and productive cropland holdings.

Andreoff conserved the 500 acres of mature woodlands on his initial property and leased the cropland to generate income to cover costs –an inescapable reality.  Land has to pay its way.

The 1985 federal Farm Bill, with its Conservation Reserve Program (CRP), signaled a turning point and a boost to Andreoff’s vision. He put a third of the nearly 1,100 acres in his first farm into CRP – “it had good hunting potential,” he said. Over the years Andreoff, with incentives of the CRP program and a related offering, the Wetland Reserve Program, has been able to added contiguous parcels for a total of 1,900 acres there.

“I think it has pretty good hunting, maybe the best deer hunting in the country. The squirrel hunting is fantastic.” The same property also is producing wild ring-necked pheasants and loads of wood ducks and wild turkeys, among other game.

Five years ago Andreoff completed a tax-free land swap with Harold Longbrake, who farmed his early acquisition in Logan County. Longbrake owned a 585-acre farm in neighboring Hardin County, and through federal incentives had begun developing it mainly into wetlands because it was wet too often to farm efficiently. Andreoff ceded three parcels totaling more than 260 acres to Longbrake.

Conveniently, Alex owned 400 acres of farmland just across the road from the 585 wetland acres and had enrolled 150 acres of it in CRP, plus a related Conservation Reserve Enhancement (CREP) program to aid the Lake Erie watershed, and the CP-33 quail habitat program. The whole, as they say, was greater than the sum of the parts.

When Andreoff swapped for the 585-acre Longbrake property, its transition to a wetland reserve was about 95 percent complete. “It’s a pretty piece when you see ducks and geese flying around,” notes the lifelong conservationist.

Four other farmers also work with Alex on several parcels as he strives to keep a reasonable portion of his acreage in producing crops – and income.

Jim McCormac, a wildlife biologist with the Ohio Department of Natural Resources, Division of Wildlife, has surveyed that property and is even more emphatic: “It is one of the premier wetlands in the (historic) Sandusky Plains.” The Plains once included 192,000 acres of wet prairie from present-day Bucyrus into Hardin County. “That’s the reason Alex’s wetlands are so successful – because there was a seed bank (of native plants) there historically.”

Situated on an ancestral flyway, the Andreoff/Longbrake property has drawn nesting response from a rare shorebird, the Wilson’s phalarope, for which the state previously only had four breeding records. Green-winged teal love the place, McCormac said, with as many as 800 stopping there during migration at a time. The biologist calls that “phenomenal, even for western Lake Erie marshes (to the north).”

Lots of upland buffers surround the wetlands, and the bird response has been phenomenal, McCormac said. “This is just what Pheasants Forever likes to do.” A rare plant, the Michigan lily, blooms there, and the biologist notes 86 state species of concern.

In short, just like the line from the noted Kevin Costner film, Field of Dreams, “if you build it they will come.” To which Alex, ever the sportsman, adds: “The dove hunting can be superb.”

Clint Geldine, a PF Farm Bill Biologist working with Alex, speaks of helping to design and execute plantings on another 130-acre Andreoff parcel. Those plantings include conifers and hardwood windbreaks of oak and the Dunstan chestnut, the latter of which may help reclaim the lost American chestnut legacy, plus rows of dogwood and black chokecherry shrubs, and cool season grasses.

“As a PF Farm Bill biologist, I try to take a landowner’s vision and make it a reality.” He stresses how his efforts to help landowners would not be possible without partnerships with the Ohio Department of Natural Resources and the habitat programs of its Division of Wildlife, and the U.S. Department of Agriculture and its Natural Resources Conservation Service and Farm Service Agency, and the U.S. Fish & Wildlife Service.

Geldine also notes how Andreoff’s example is infectious. In the last two years some of his adjacent landowners have enrolled their ground into CRP.

Andreoff now is in a stage of life where he is thinking about his heirs and the fate of the land he has conserved. “I could have sold it for a lot more, but I don’t want to lose what I have.” He remains interested in keeping it in good productive cropland, where feasible, and in good conservation/hunting habitats

Andreoff stresses that his land projects would not have been possible without the state and federal land incentives. They help him pay the bills and offer tax-breaks, which are critical into keeping the land in conservation uses.

Given present values for productive farmland, Andreoff notes: “If I had to answer to a board of directors, I would have to explain why I am not selling for cash.”  Then he adds: “Thirty, 40 years from now, this is going to be a rarity.” Just like its owner!

So, blame it all on a man’s boyhood passion for squirrel hunting. Countless pheasants, ducks, turkeys, deer, squirrels, doves, and so much more have Alex Andreoff’s foresight and dedication to the land and conservation to thank for it.

This article is reproduced in full by kind permission of author Steve Pollick who published the article in Pheasant Forever Magazine in 2013.

Pheasants Forever and Quail Forever members are a diversified group of hunters, non-hunters, farmers, ranchers, landowners, conservation enthusiasts and wildlife officials. Pheasants Forever is for those who want to make a difference for wildlife by creating habitat, restoring wetlands and protecting prairies. Join Pheasants Forever Today!