Westley Richards was the birthplace of the most widely-used concept for building a shotgun or double-rifle action yet devised. The 'boxlock', as its has become known was the brainchild of two Westley Richards employees: William Anson & John Deeley.

John Deeley is well documented in the firm's historical records. Photographs of him hang in our offices and his name appears regularly in patent applications and business correspondence. However, John Deeley (the elder of two John Deeleys with Westley Richards patents to their name) was not, by training a professional gunmaker. He was an accountant (and father to the other John Deeley who went on to co-patent the Westley Richards ejector).

The gunmaker at the centre of the Anson & Deeley patent of 1875 was William Anson, who was an actioner. He was appointed foreman of the action shop at Westley Richards in 1873, at the age of thirty three. This appointment came a year after he patented his forend fastener (No.953 of 1872).  The 'Anson Push-Rod' was immediately successful and it still the most widely favoured means by which to detach a forend from a double gun or rifle.

Having established his flair for invention and been promoted, Anson collaborated with John Deeley (the Elder) to create a revolutionary new action which took the gun trade by storm. Patent 1756 of May 11th 1875 was his finest work. At the time, centre-fire hammer guns with rebounding locks were the prevailing technology. They were beautiful, functional and, for many sportsmen, would never be surpassed for elegance of form and function. But they were, essentially, mostly still merely hammer-gun lock plates with the hammers moved inside. 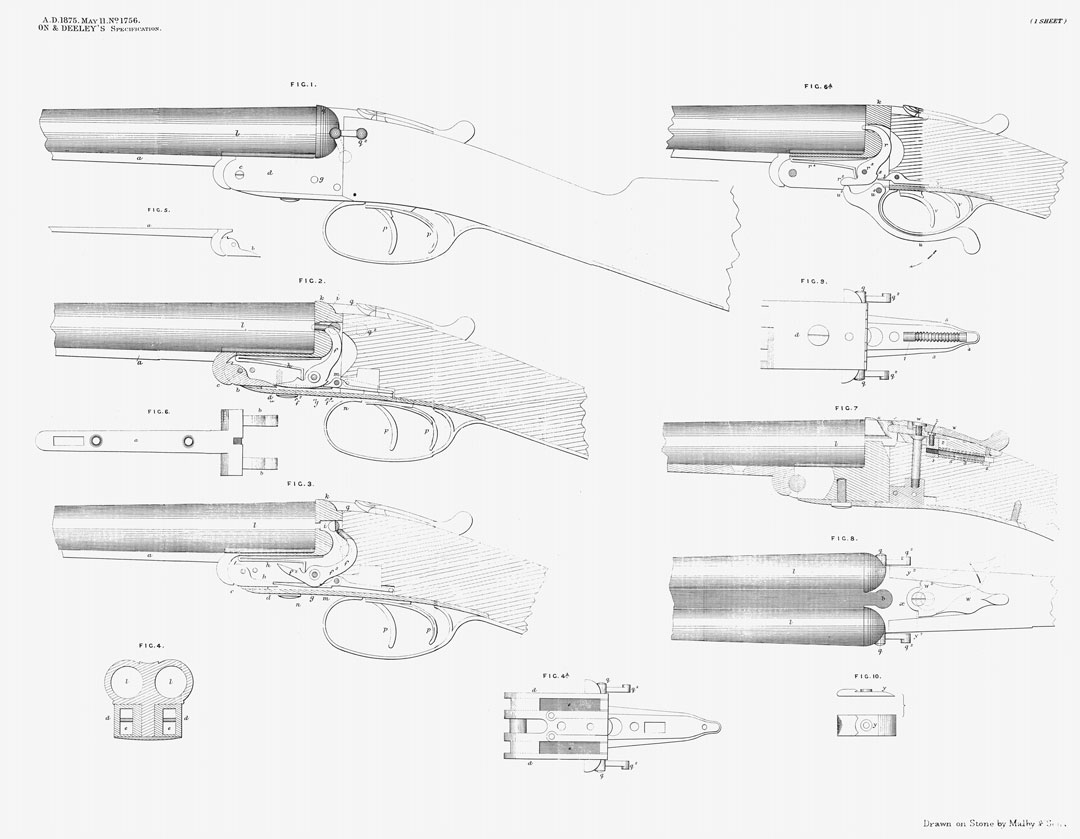 Original drawings of the Anson and Deeley patent action

The demand for improvement was constant and guns with internal hammers which cocked automatically were destined to be the future. Murcott had patented his 'Mousetrap' in 1871 and shown that 'hammerless' guns could be made in a manner that was aesthetically acceptable and functionally workable. These early 'hammerless' guns were cocked by means of the operating lever.

Anson & Deeley used the barrels as a lever instead; their weight, rotating on the hinge pin, activated cocking dogs and they, in turn, cocked the locks. Simple, with robust parts, few in number. It was a total departure from anything built before. The system was ideal for factory production and it would soon become the gun for everyman; a strong, reliable, pleasant, largely waterproof and dust-proof design, requiring little attention. 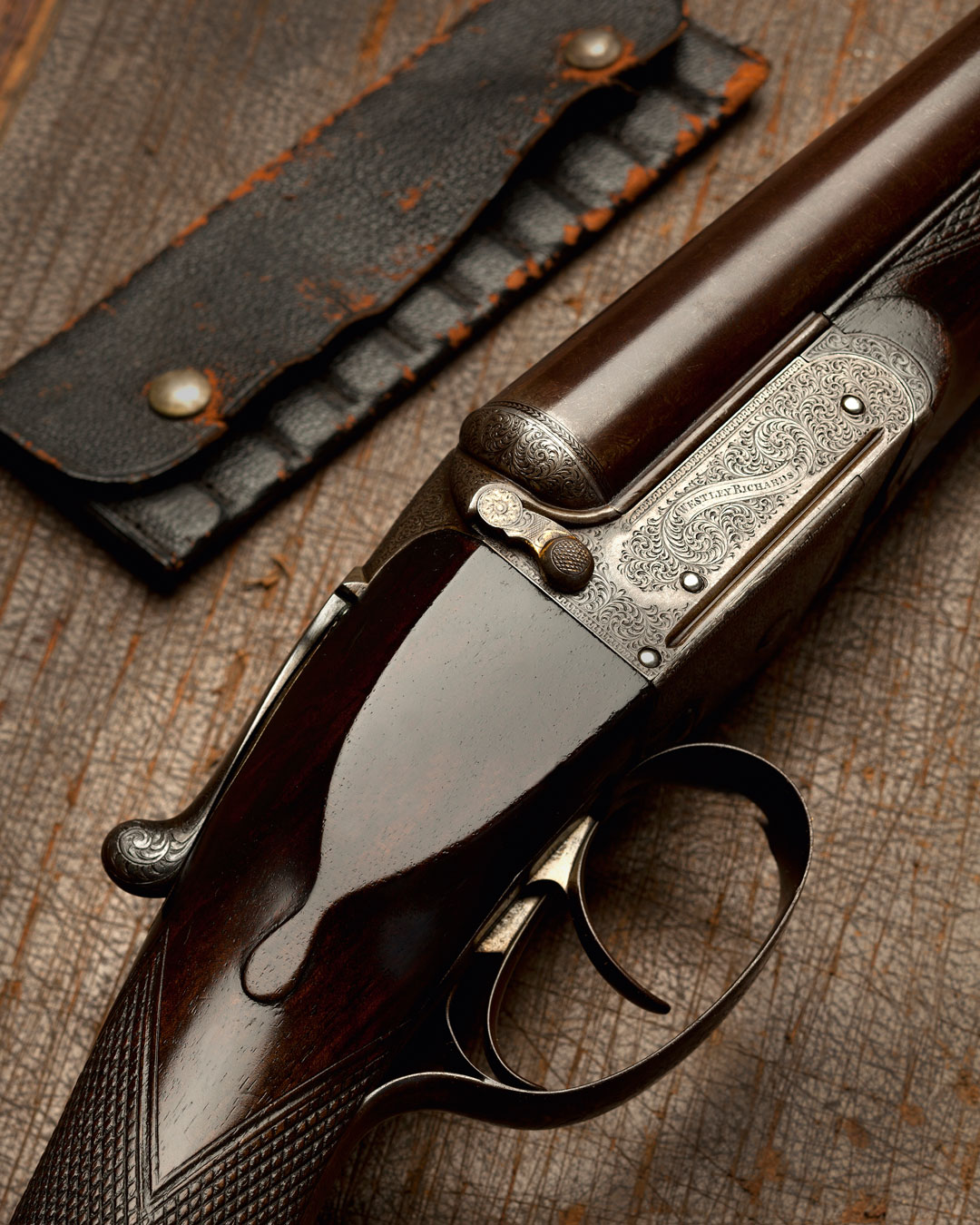 This 12 gauge shotgun, made in 1876, is an early example of the Anson and Deeley patent and has the external hammer safety levers as reflected in the unique drawings above

The reason so many patents are filed with two names is that one is generally the actual inventor and the other some kind of patron or financial collaborator. Typically, the latter often gets the credit. The treble-grip, side-lever with 'Grant's Patent' engraved on many of his hammer guns actually refers to the 'Grant & Hodges' patent if 1871, which was the invention of E.C. Hodges, for example.

So, it is likely that William Anson invented the boxlock, brought it to his boss, John Deeley, and they agreed a deal to co-patent it. Anson remained at Westley Richards for only two more years, leaving in 1877.

The reason for this, we do not know; perhaps his invention had netted him sufficient income to set-up his own business. He did so at Egyptian Hall, 77 Slaney Street initially, later adding 123 Steelhouse Lane to his portfolio. 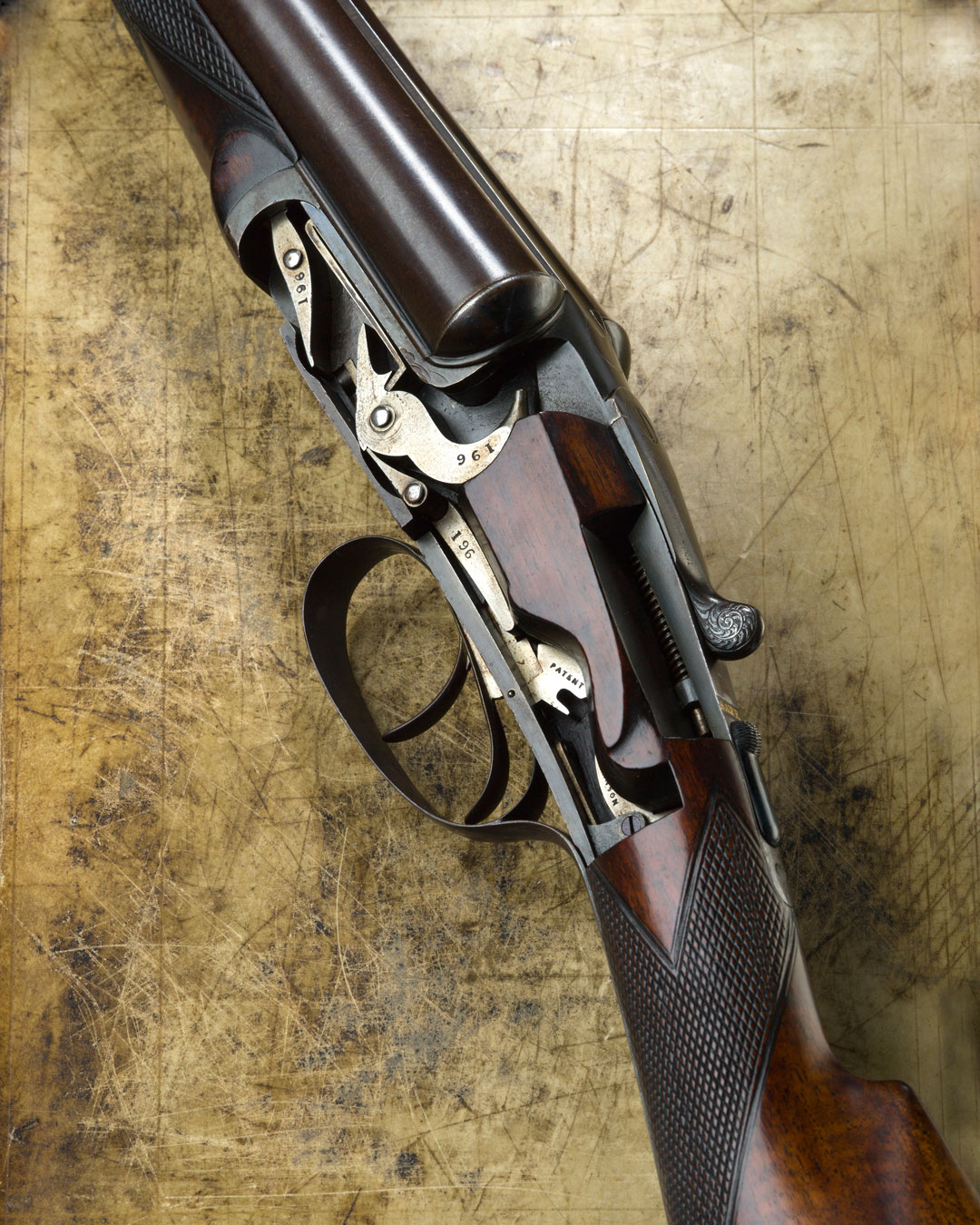 An early cutaway version of the Anson and Deeley patent action

Whatever his reasons for leaving Westley Richards, they appear not to have been acrimonious, as he continued to collaborate with John Deeley. The two patented modifications to the 1875 design in 1883 and again, with Patent 4292 of March 1884.

Anson continued to lodge patents until May 1888. He was then forty eight years old and had brought his son, Edwin into the business. William went into semi-retirement in 1891 but the firm traded until 1897, two years after the founder's death, in 1895. Fifty-five was not a great age for a successful artisan even at that time, so William must have been suffering from poor health in his last decade.

His son, Edwin, continued the family business as 'E. Anson & Co', trading from the Birmingham Gun Quarter, in Steelhouse Lane. A few guns remain with Edwin's name on them but he died in 1936 and the company ceased to trade. 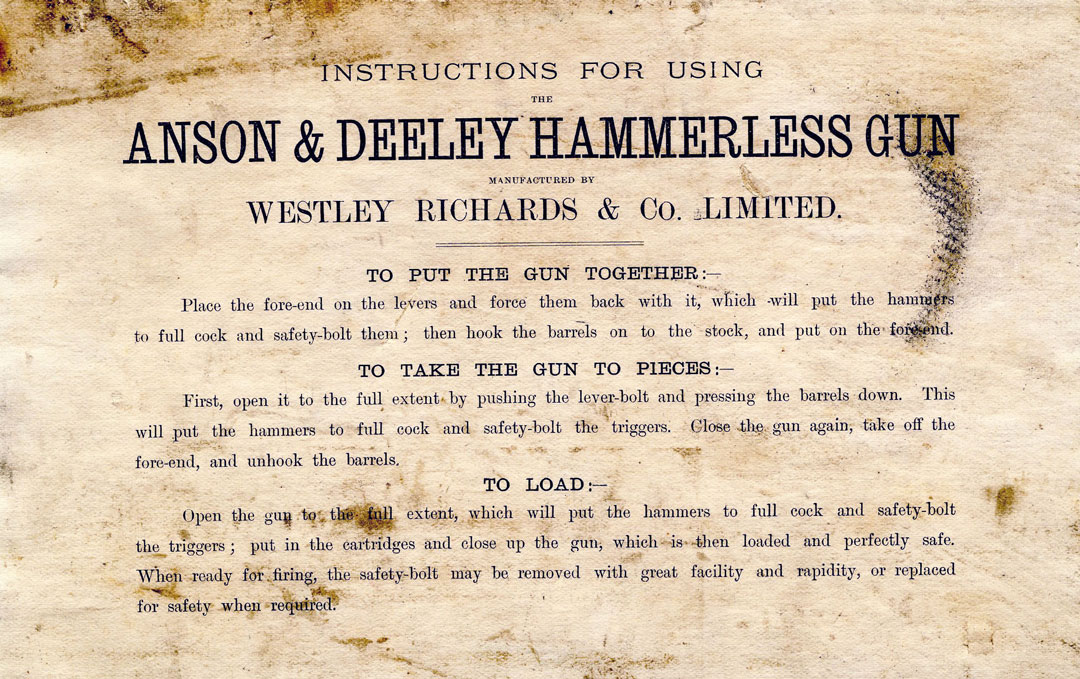 William Anson remained something of an enigma for years but a relative in Australia provided a photograph recently, so, we are able, at last to share his likeness alongside that of his former employer and collaborator, John Deeley, for the first time.

He deserves recognition as an inventor, for his push-rod forend catch is still used by most major gunmakers, from Purdey and Holland & Holland in England, to Bosis in Italy and Dickson in Scotland (although here at Westley Richards we generally use another of our own patents; the Deeley & Edge catch).

Anson's 'boxlock' design is the most successful sporting gun action ever devised. We still build it here to this day, 146 years after it was patented. 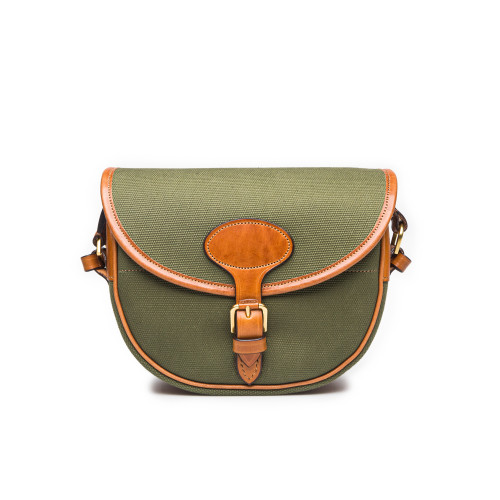 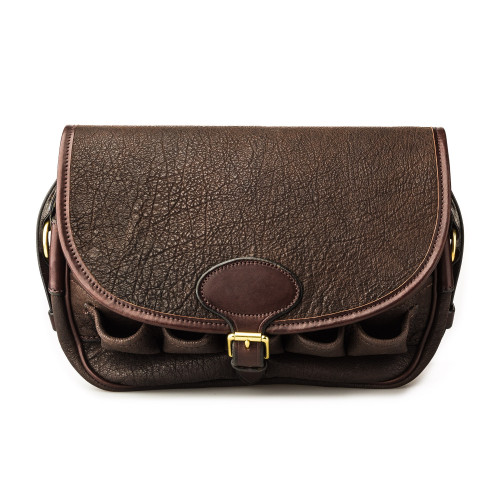