To decipher the patent codes applied to the making of a new Westley Richards side-by-side sporting gun, we need to refer back to the original patent specifications.

The earliest of these is the means by which it is opened and held shut. That dates back to patent 2149 of September 24th 1858. It is described as ‘Improvements in Firearms and Cartridges’. The record shows that the invention was dated 24th September 1858 and sealed on 25th November 1859.

This is the first reference to a top-lever with a rib extension as a means for closing a breech-loader. It is included within a wider patent that provides specifications for rifles and cartridges. 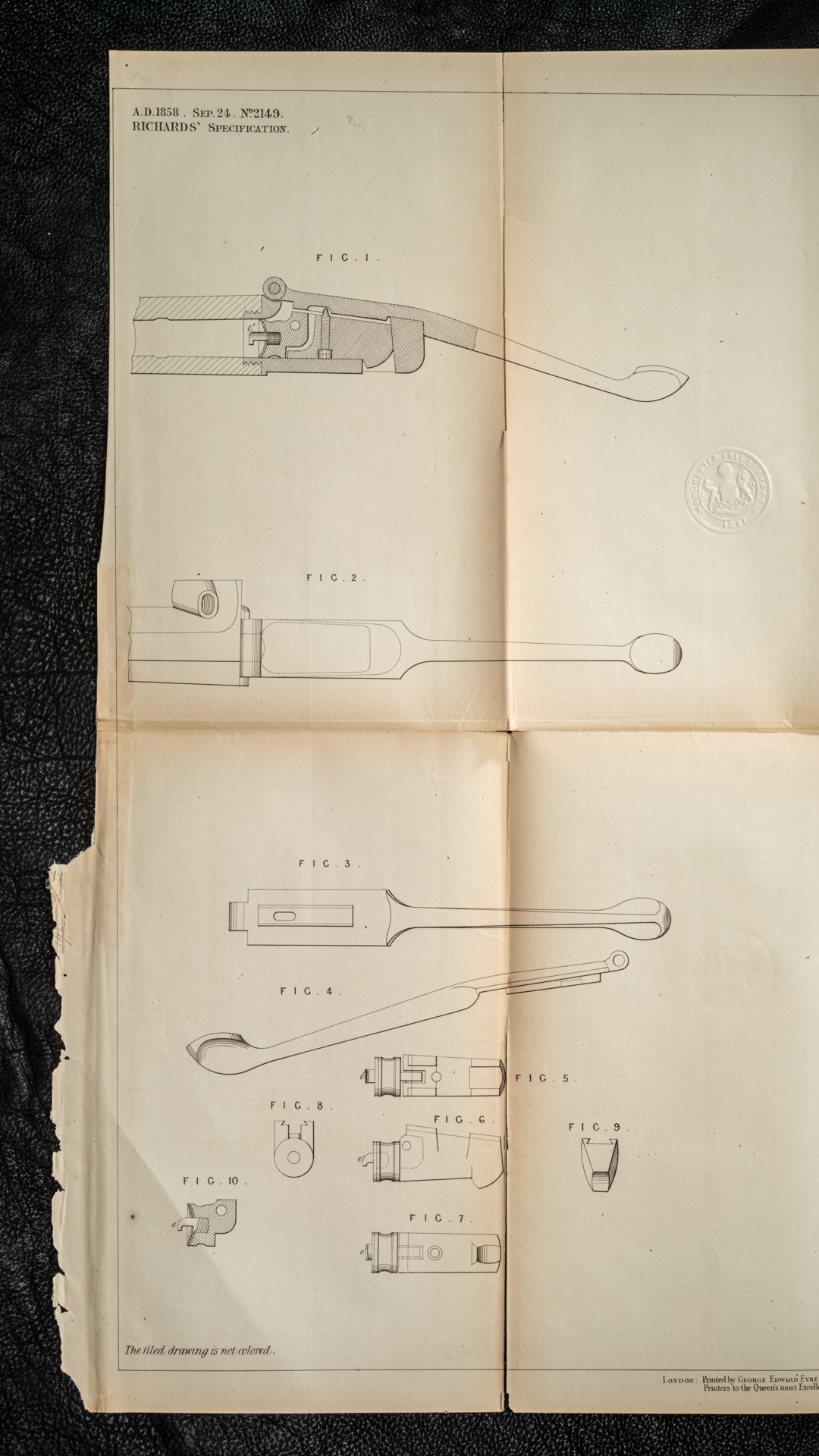 The patentee is ‘Westley Richards, of Birmingham, Gun Manufacturer’ and the key wording is this:

‘In constructing breech loading fire-arms, where two barrels are used, the two barrels and part of the stock are hinged or turn on a horizontal axis forward of the breech end of the barrels, and the rib which is between and connects the barrels together is extended back beyond the breech ends of the barrels and is formed into a strong hook, eye or suitable fastening which is locked in position by one end of a lever handle, which is formed with a counter hook or fastening.’

This, then, is the first reference to the use of a rib extension, bolted by a rotating top lever, to prevent the barrels of a breech-loader from falling open. All Westley Richards drop-open breech-loaders up to this point in time had been made using a form of the Lefaucheux forward-facing under-lever principle (first coming to the attention of British gunmakers in the Great Exhibition of 1851, at London’s Crystal Palace).

Happily, Westley Richards happens to have as part of its collection, gun number 9448, a 16-bore pin-fire with the following inscription on its butt-plate: ‘This gun was built for John Amphlett of Clent for #45 in 1862. He used no other. This was the first gun the firm sold with a top-lever action.’ It remains in remarkably good, original condition and bears the Bond Street London address on the rib. 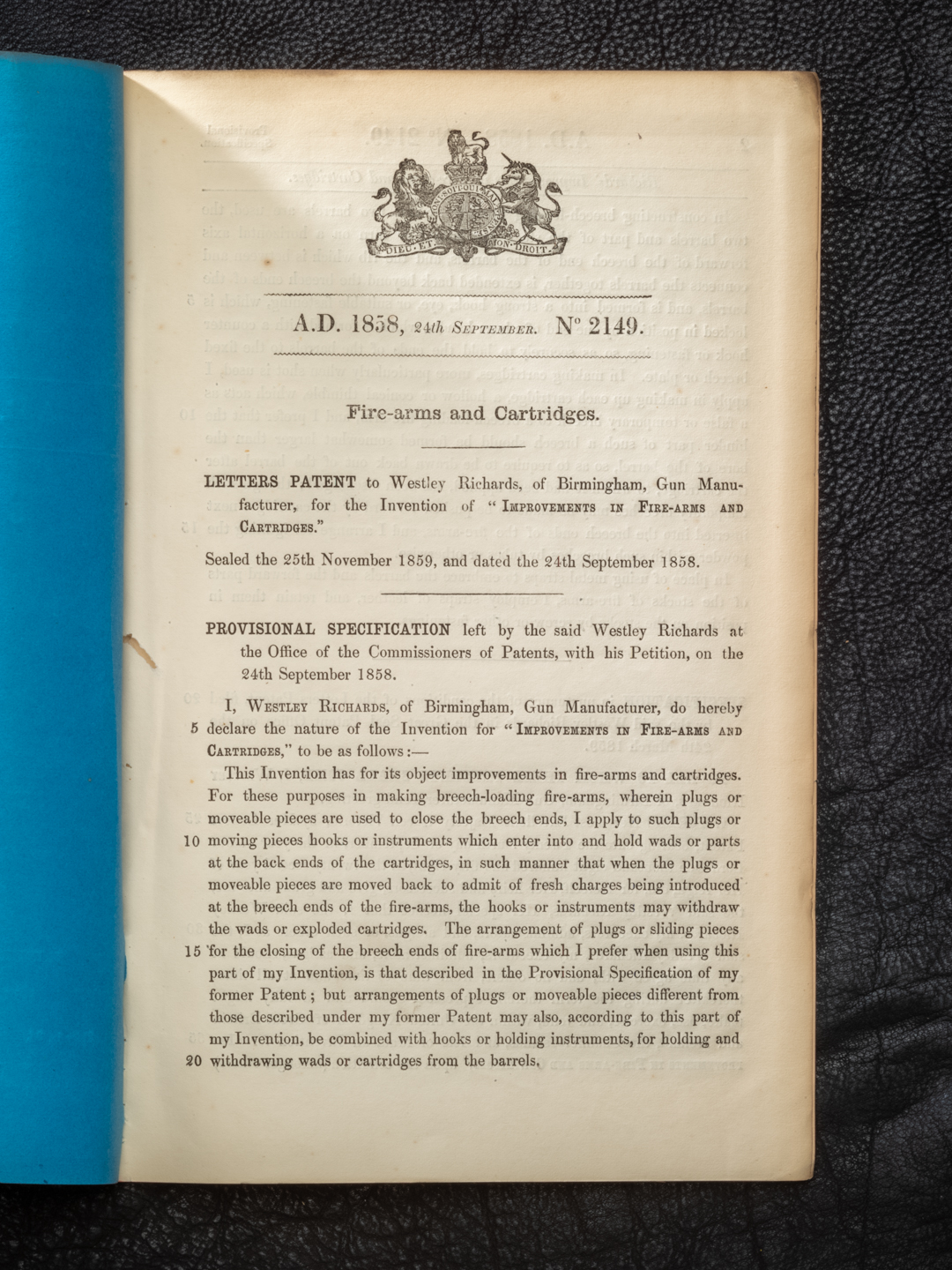 As per the patent specification, the long top lever, with its thumb tab finishing at the point of the comb, provided great leverage and the doll’s head is secured by two rotating bolts, which mate with bites on the top and in the middle of the extension.

At its lowest part, the extension forms a hook, which locks into the breech, providing further security, certainly from forward movement, presumably also taking up some of the work that would otherwise be put on the hinge pin.

The gun is inert in action, meaning the lever has to be returned to its locked position manually, like a Jones under-lever, rather than a snap-action, where it returns automatically.

Gun 9448 is a faithful wood and metal interpretation of the patent drawings, except for the fact that it has twin bites in the rib extension, rather than a single bite. It may look ancient to modern eyes but it worked very effectively and No. 9448 still looks and feels shoot-able. 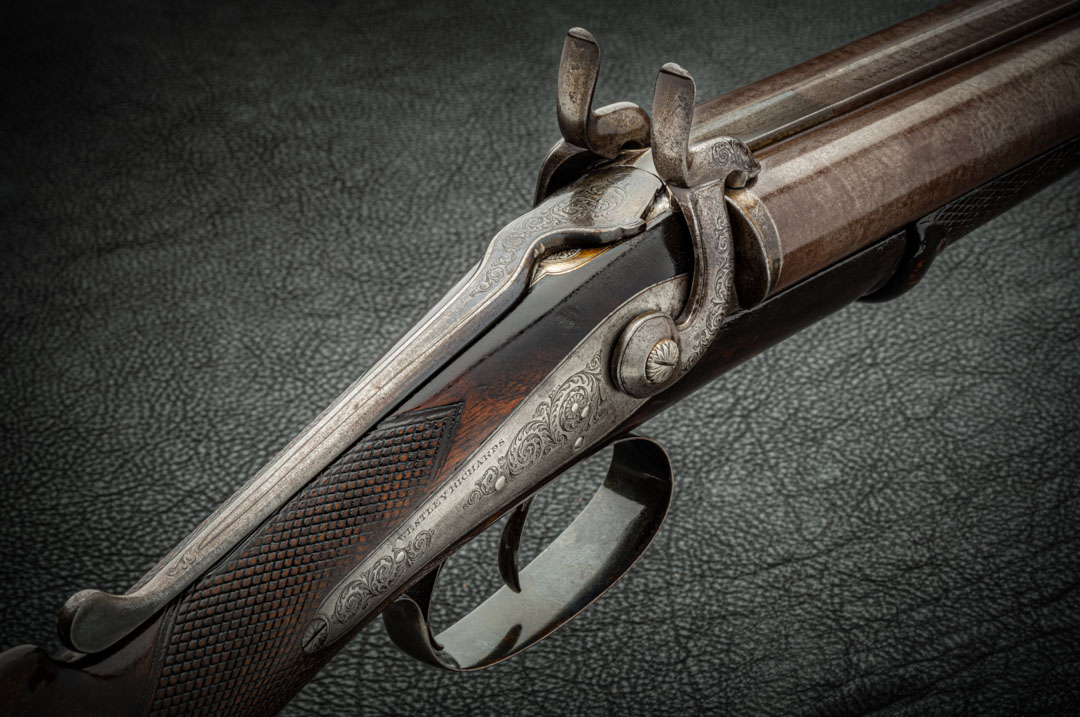 Patent 2149 marks an important step-change in British gunmaking because it represents the moment at which the British gun trade was introduced to a rotating top-lever as the means of operating a breech-loading shotgun. The rib extension was the first such device used to link the barrels of a breech-loader to its action.

From this point on, we can trace the development of the Westley Richards gun towards its modern form. Further patents would improve and consolidate the system but the idea of a rotating top-lever operated gun, secured by a bolted rib extension started here, in 1858 with patent No.2149 by Mr.Westley Richards. 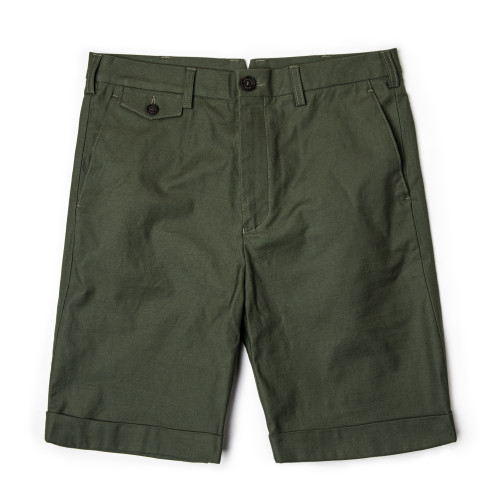 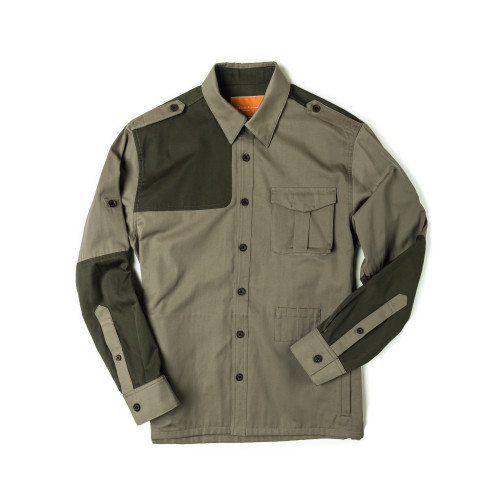 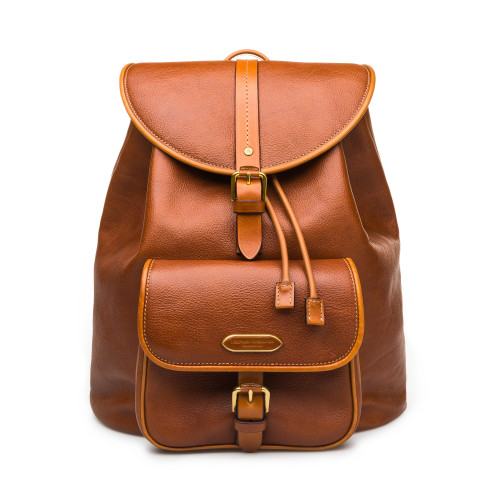 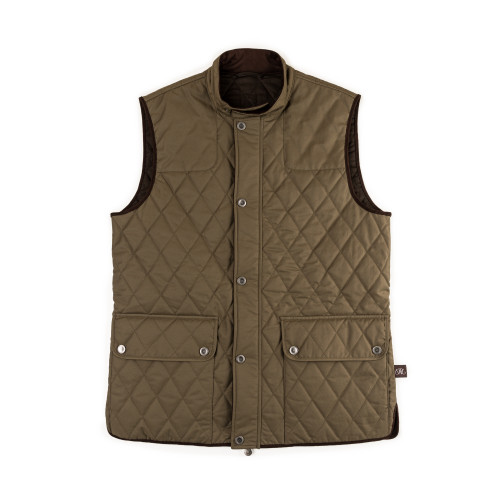 Broadland Gilet in Wildgrass
Previous Next