Owners of many modern guns, be they over & under or side by side, will be immediately familiar with this apparently simple but hugely successful, and widely copied, device for attaching a forend to a shotgun and creating a means by which it can be easily and quickly released.

Generally known in the trade as the ‘Deeley & Edge’, it was the brain-child of John Deeley the Elder, described in the patent as a ‘Manager of Works’ and James Simeon Edge the Younger, described as a ’Mechanical Engineer’, both of Yardley in the county of Worcester.

The categorization of a person as ‘the younger’ or ‘the elder’ is commonly encountered in Victorian family histories, where it was common practice to name a son after his father. When the son then joined the family business and was present at the same time as his father, it was necessary to determine which man bearing the shared names was under discussion. 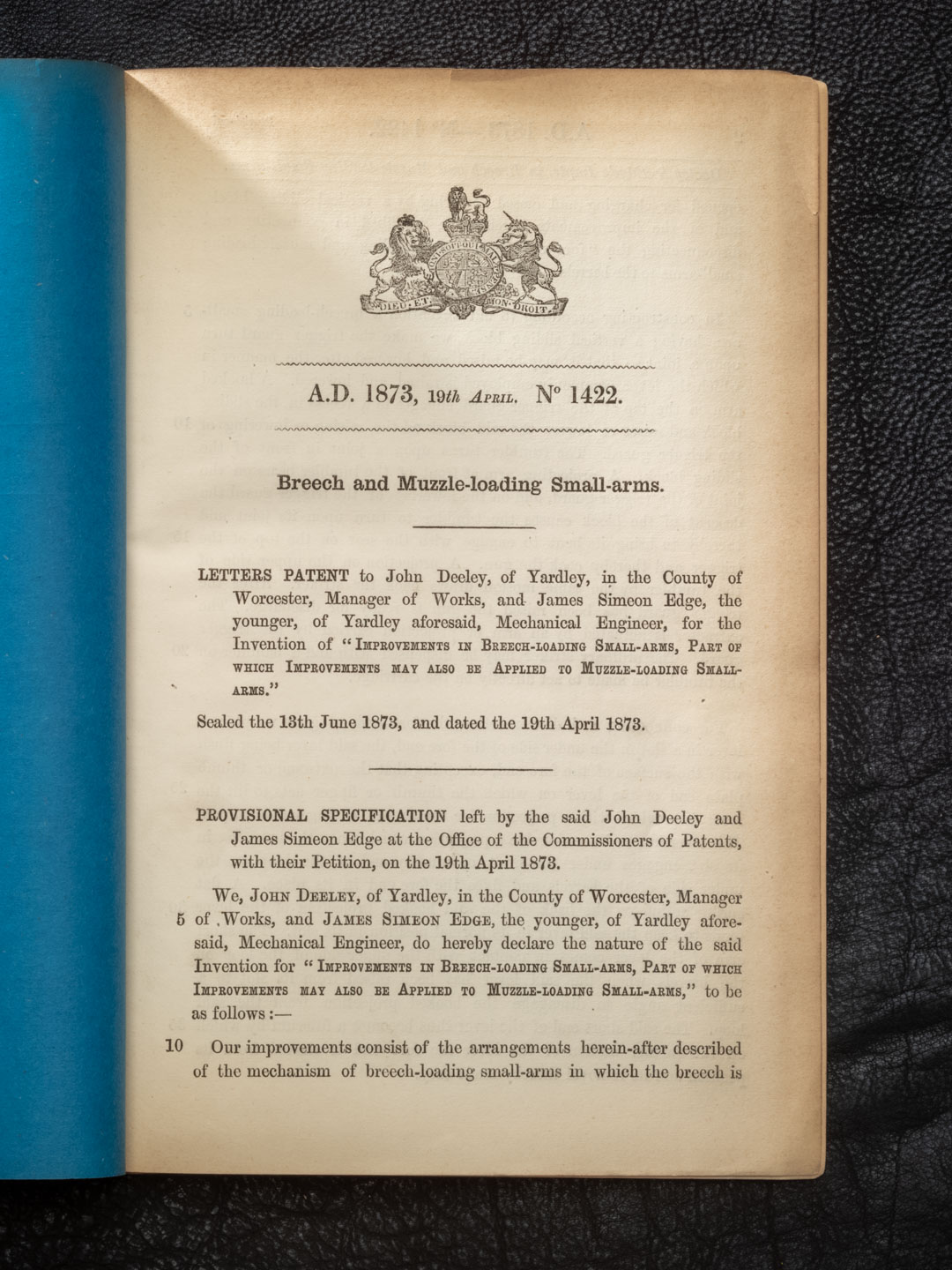 The forend catch appears as part of Patent No. 1422 of 19th April 1873, which includes a rifle action. It was common for several ideas to be covered under one patent. It is the forend catch that has endured. 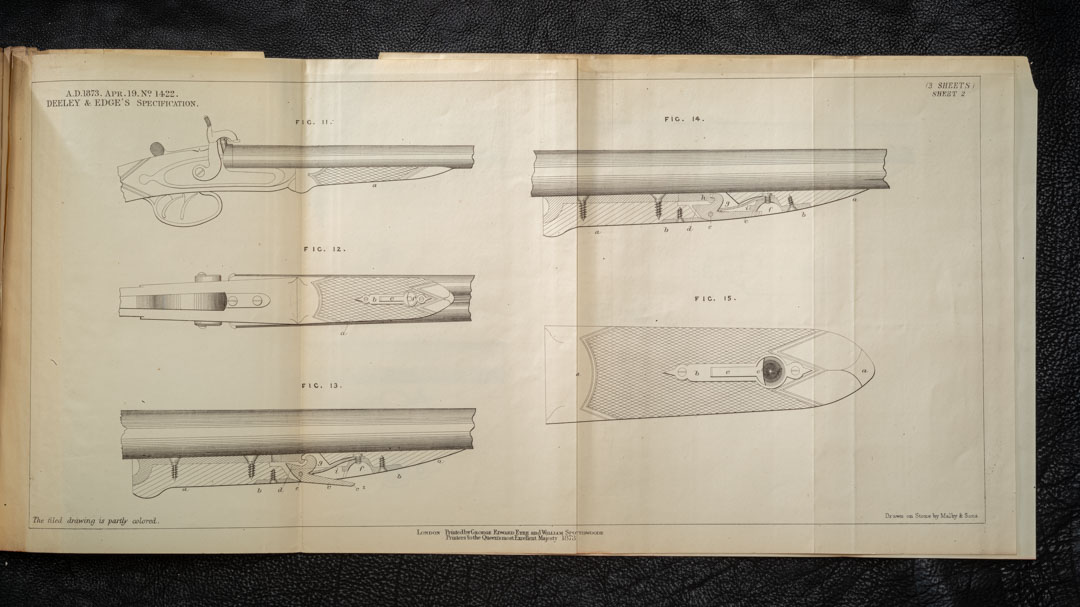 In 1873 the break-open breech-loader in Britain was just two decades old and many of the basic but essential operations were yet to be perfected. One of those operations is the removal and re-attachment of the forend.

Breech-loaders usually break into three parts, without the need for tools; those parts are barrels, stock and action, and forend. There are exceptions, like the Needham self-half-cocker, which requires a drift to knock out the hinge-pin before it can be dismantled but they are in the minority. 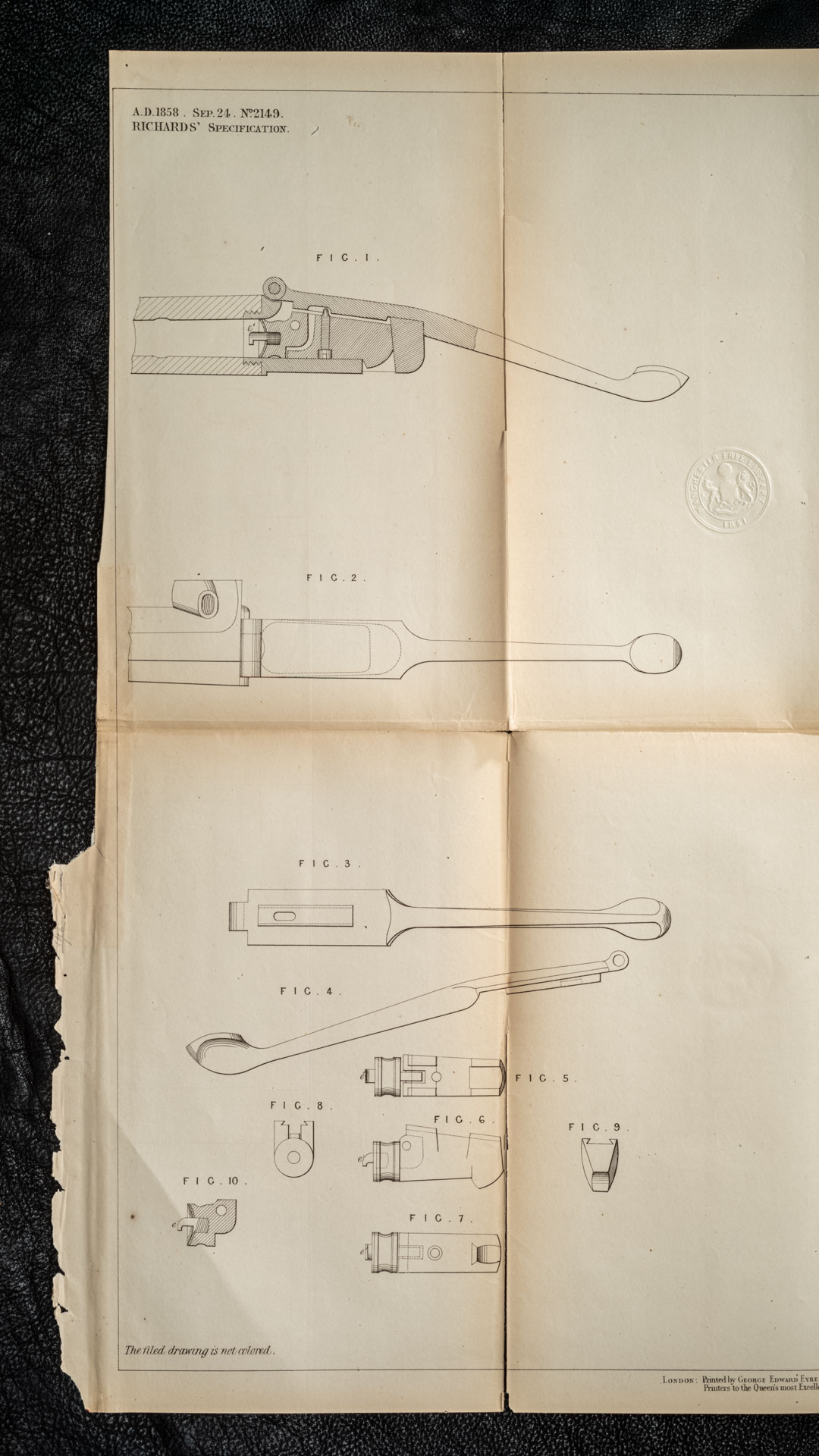 The method by which most early breech-loaders attached the forend to the barrel loop was the wedge and escutcheon (or side-nail as many gun-makers refer to it). This is surprisingly fiddly and time-consuming to make and fit. It also requires a tool, all be it a rudimentary one, as simple as a coin or a screwdriver head to push out the wedge, which is, of necessity, a fairly tight fit.

The patent encompasses a simple but very effective snap-action bolt, operated by the insertion of a finger tip into a recess, allowing purchase on the rear of the lever, which lies (encased by its steel surround) flush with the wood work.

By pulling the lever forward, it releases the other end from its hook connection with a bite in the barrel loop. The entire forend then simply rotates off, following the arc of the knuckle, as it is lifted clear.

To re-fasten it, simply place the forend iron on the knuckle, rotate into position and press down firmly. A spring, acting on the lever, ensures it snaps into place and holds firm. 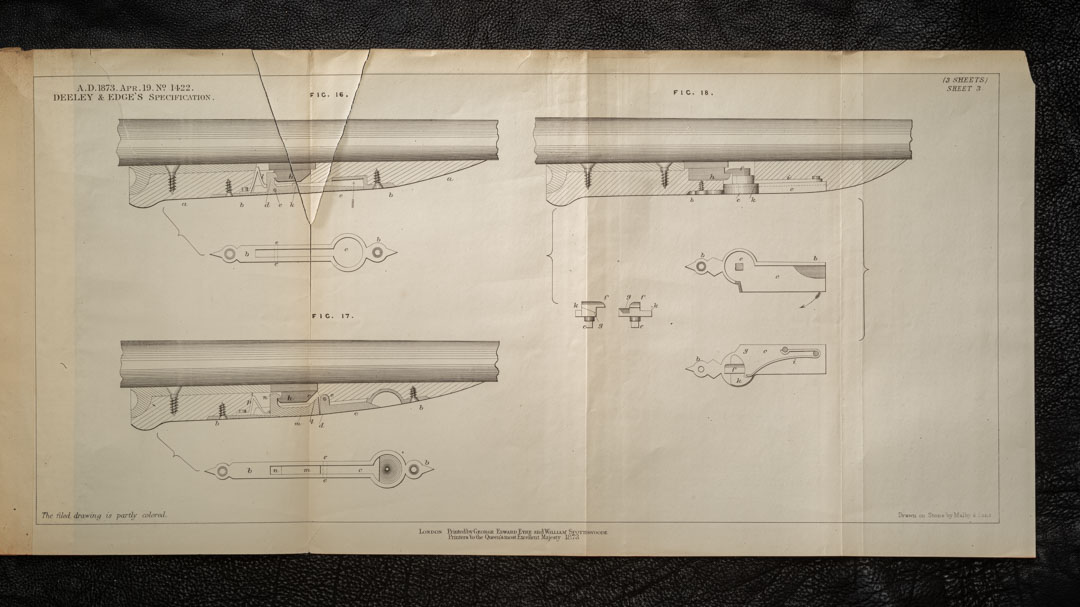 The entire catch is a single unit and is inlet into the forend wood as a whole, making fitting relatively straightforward for a skilled stocker.

The Deeley & Edge catch was an immediate success; many early examples have the word ‘PATENT’ engraved on the lever. It was adopted not only by Westley Richards but by other makers, being commonly encountered on hammer guns and hammerless guns throughout the 1870s and 1880s.

Today, it can be found on scores of current production models, be they British, Continental, or American. In fact, the only serious competitor to the Deeley & Edge catch is another which emerged from the Westley Richards cradle; the Anson push-rod. 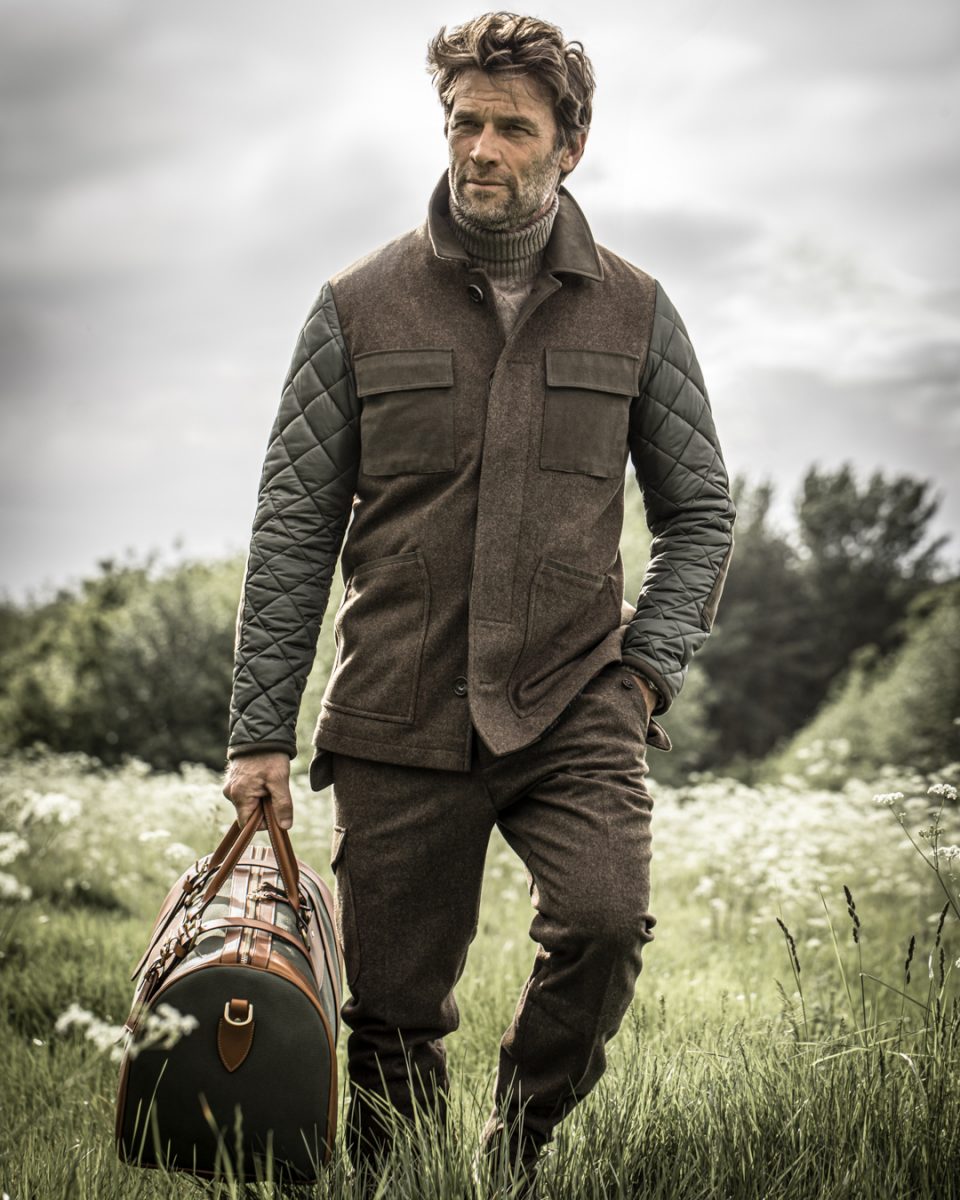 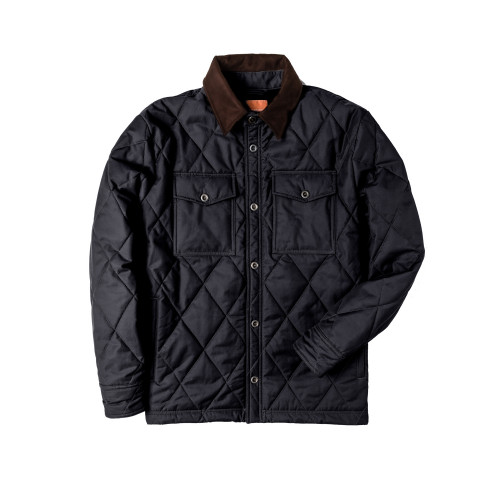 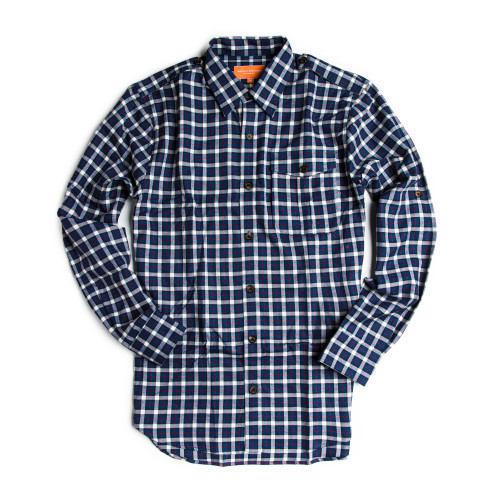 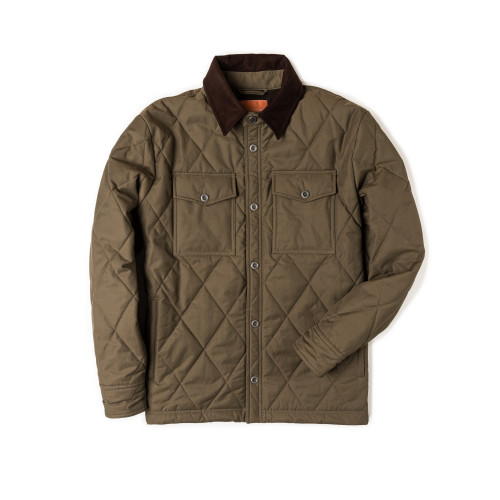 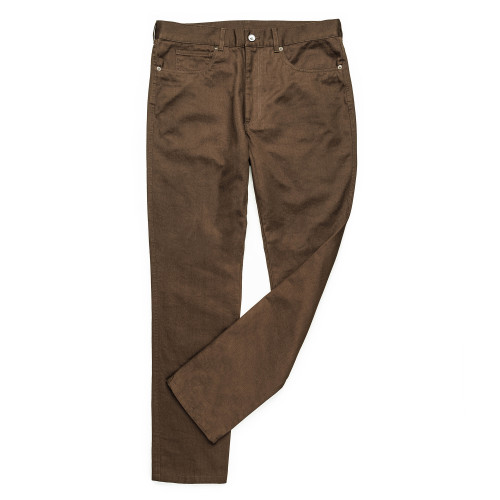 Lyell Trousers in Acacia
Previous Next