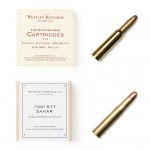 Many years ago whilst exhibiting at the Paris Auteuils country fair, I was approached by a gentleman who had spotted an old Kynoch catalogue on my stand. It contained an article about the Kynoch No1 cartridge, a large 500 bore cartridge that never entered production. David Little (who later founded Kynamco) was, at the time, managing the production of our rifle ammunition and when we were asked if it was possible to make a rifle in this calibre, I said yes, but only after David had agreed to making the ammunition. Some years later we delivered the rifle and ammunition which we named "Rafiki" in recognition of Rafik Hariri, then Prime Minister of Lebanon and a very keen big game hunter. He had commissioned the rifle as a result of the Paris meeting and on delivery it was taken to Zimbabwe and successfully use on a hunt.

The Rafiki is also referred to as the 700/500  being the traditional designation used in England essentially a .700 case necked down to recieve a .500 bullet. A few years after delivering this rifle we were asked by the same customer to make a similar rifle but with the bullet in .577 calibre. We had Woodleigh make us a 900 grn. 577 bullet in both soft nose and solid. This variation was named the Sahar 700/577 after Rafik's son Saad. 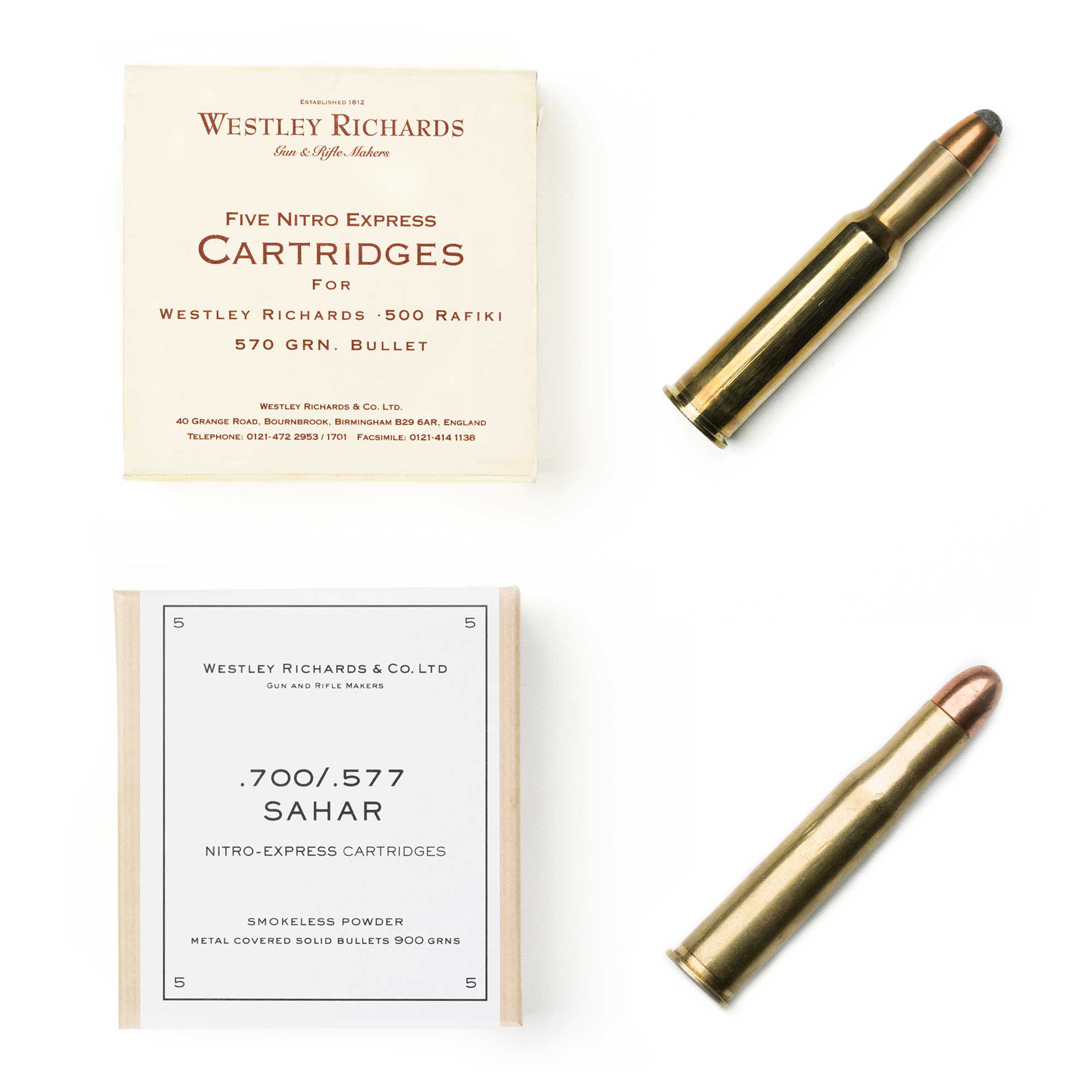 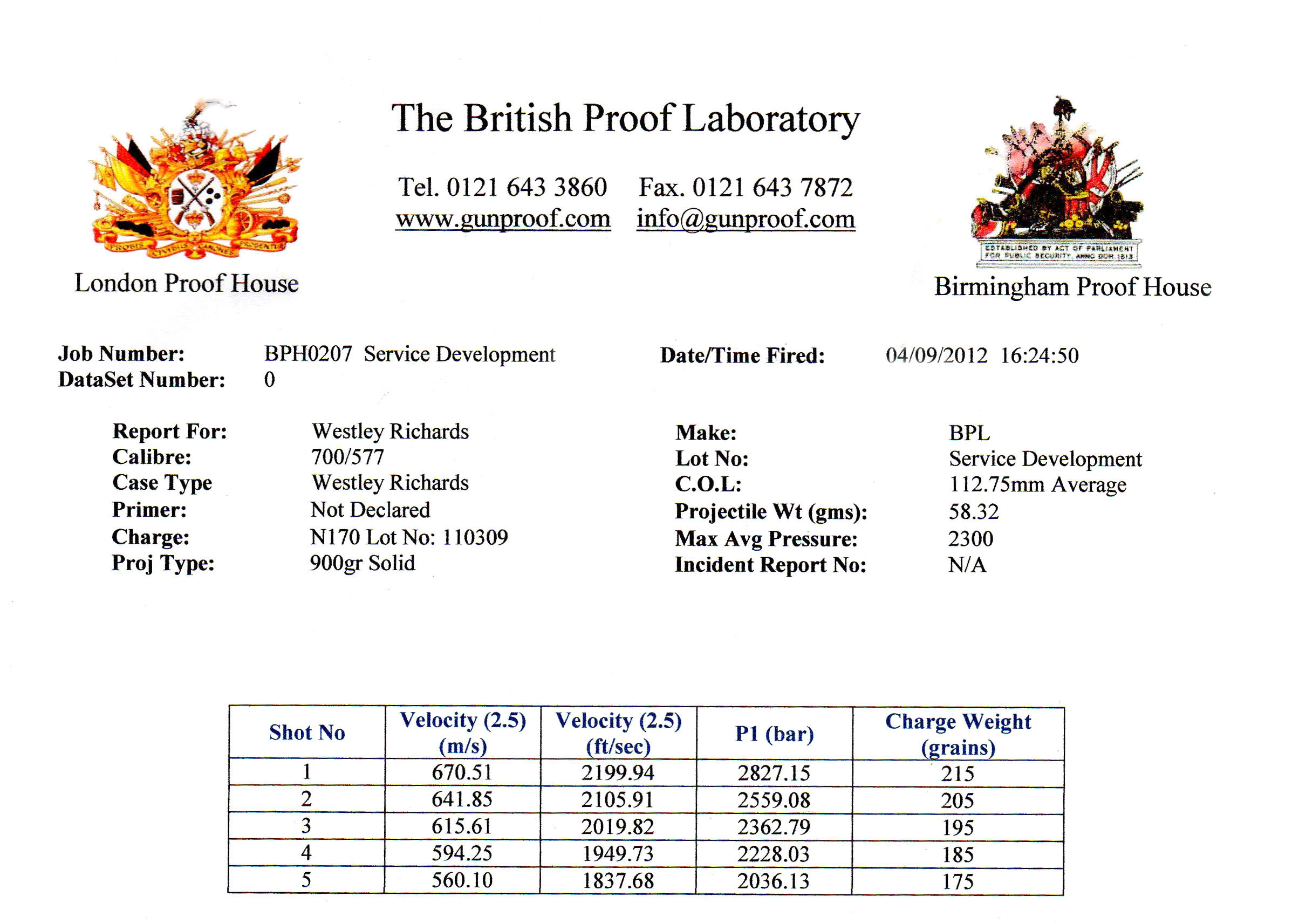 The Birmingham Proof House Test results for the 700/577

Unfortunately Rafik Hariri never saw the completed rifle as he was assasinated in Bierut in 2005. We have recently completed a second 700/577 for the Hariri family as part of a set of 16 shotguns and rifles. 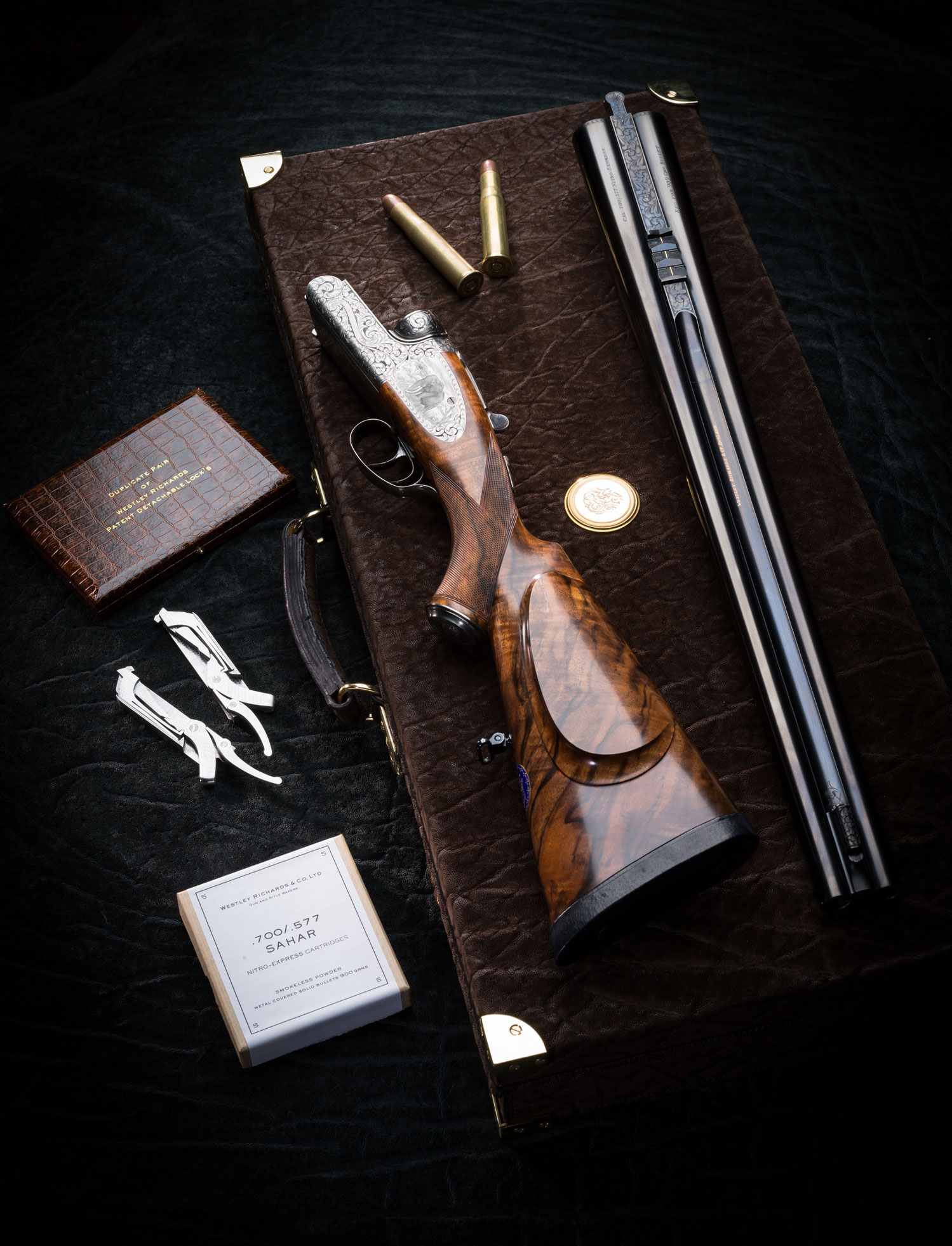 Our second  .577 Sahar rifle, serial number , a further 2 rifles are in production.