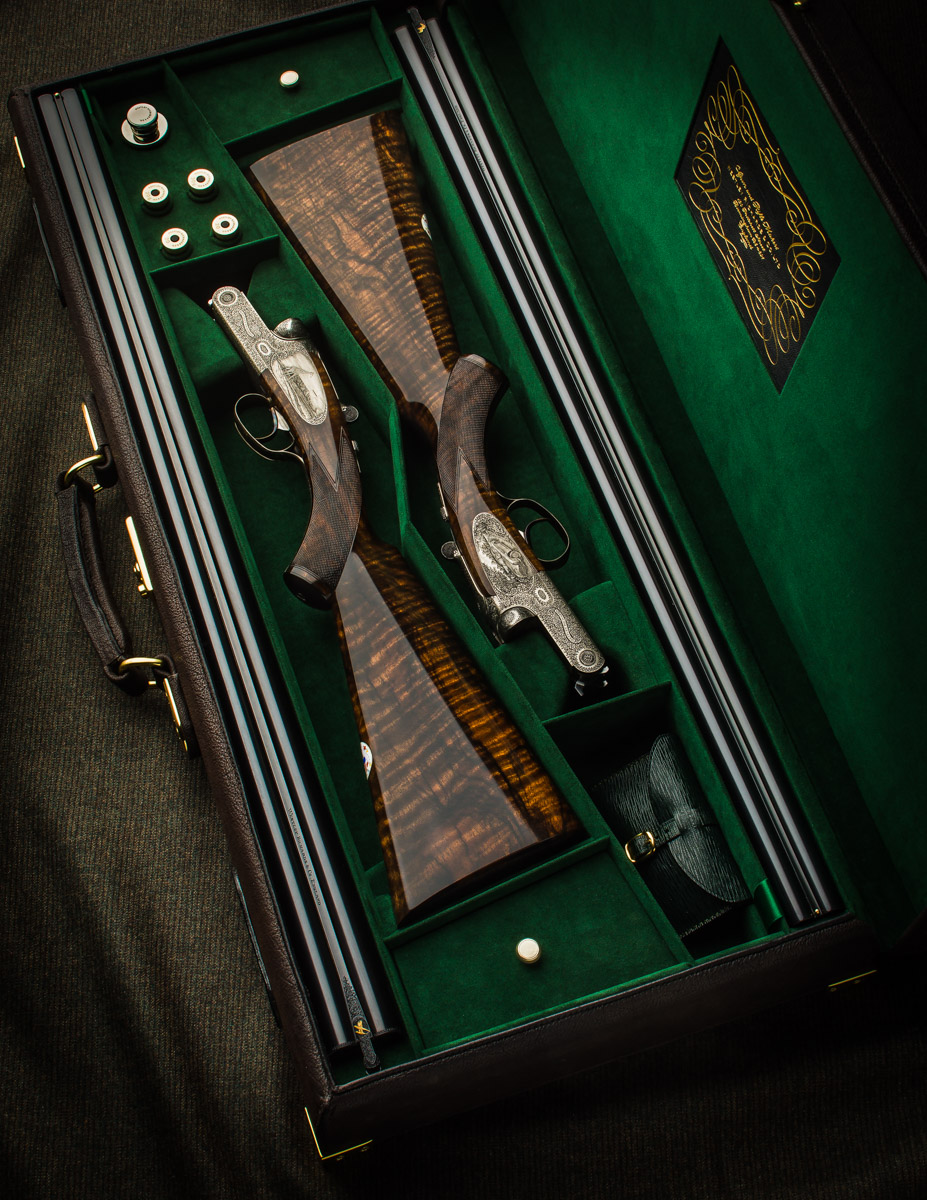 Westley Richards is noted for the diversity of engraving that regularly graces the pages of this blog and it is always fun to note peoples reactions to the individual projects we undertake. 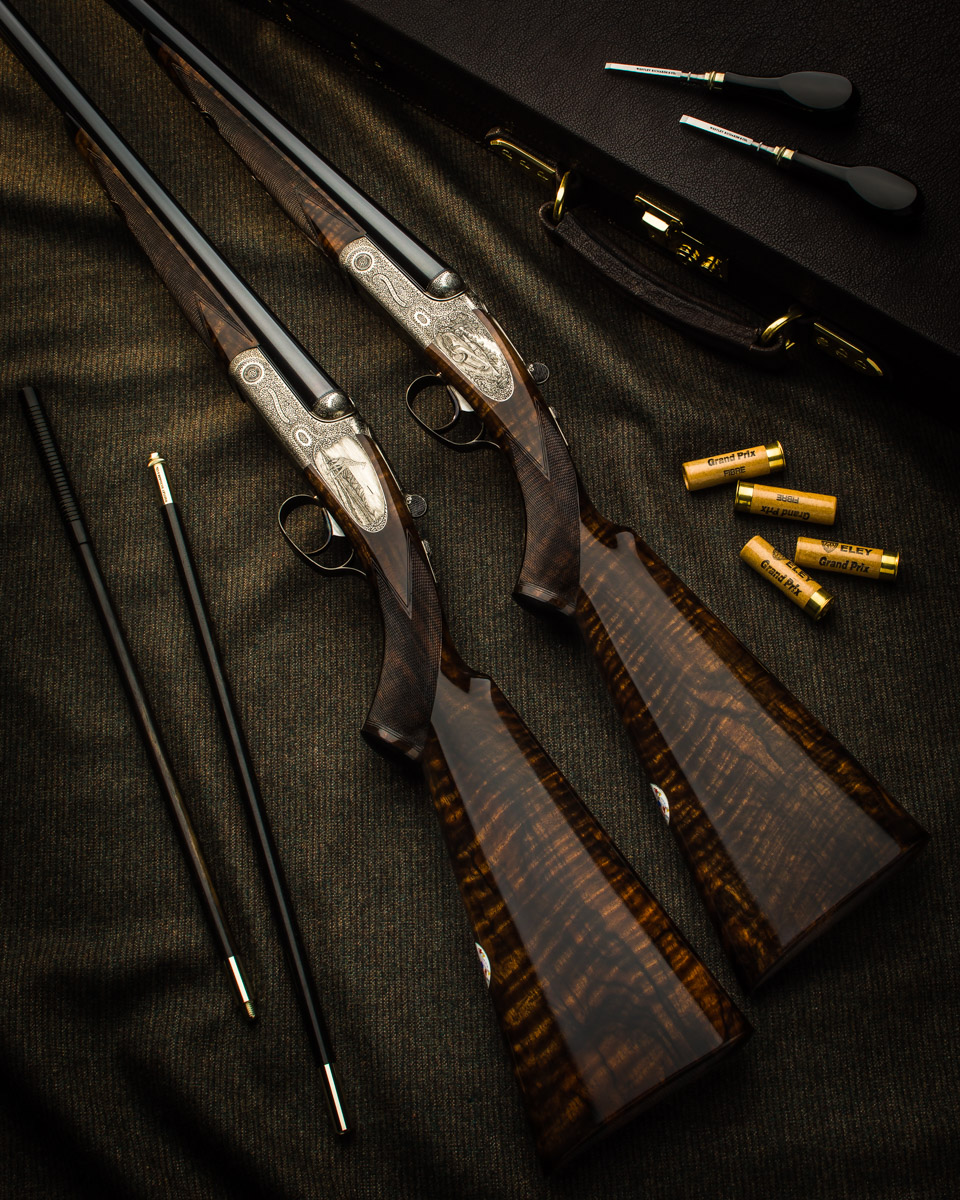 As you begin to scroll down through the images you'll begin to notice just how different the engraving is! The client in this instance lives both in the UK and South Africa these guns being a reflection on his various passions. In the UK he has a wonderful Aston Martin DB5 and regular fly's around in his Squirrel helicopter. Down in South Africa he keeps a vintage Willy's Jeep from World War II and lives within view of Table Mountain one of the most easily recognisable landmarks. The Giraffe is a favourite animal of the family and we had to be very carefully in the selection of the correct sub species as the various giraffe found throughout Africa have quite distinct markings.

The guns are wrapped in a tight rose and fine scroll pattern with the usual 1 and 2 numbering replaced with a single pheasant flying and a pair of pheasant flying. Complemented with a buffalo skin case the guns carry forward the Africa theme and should certainly make for an interesting conversation piece come the shooting season! 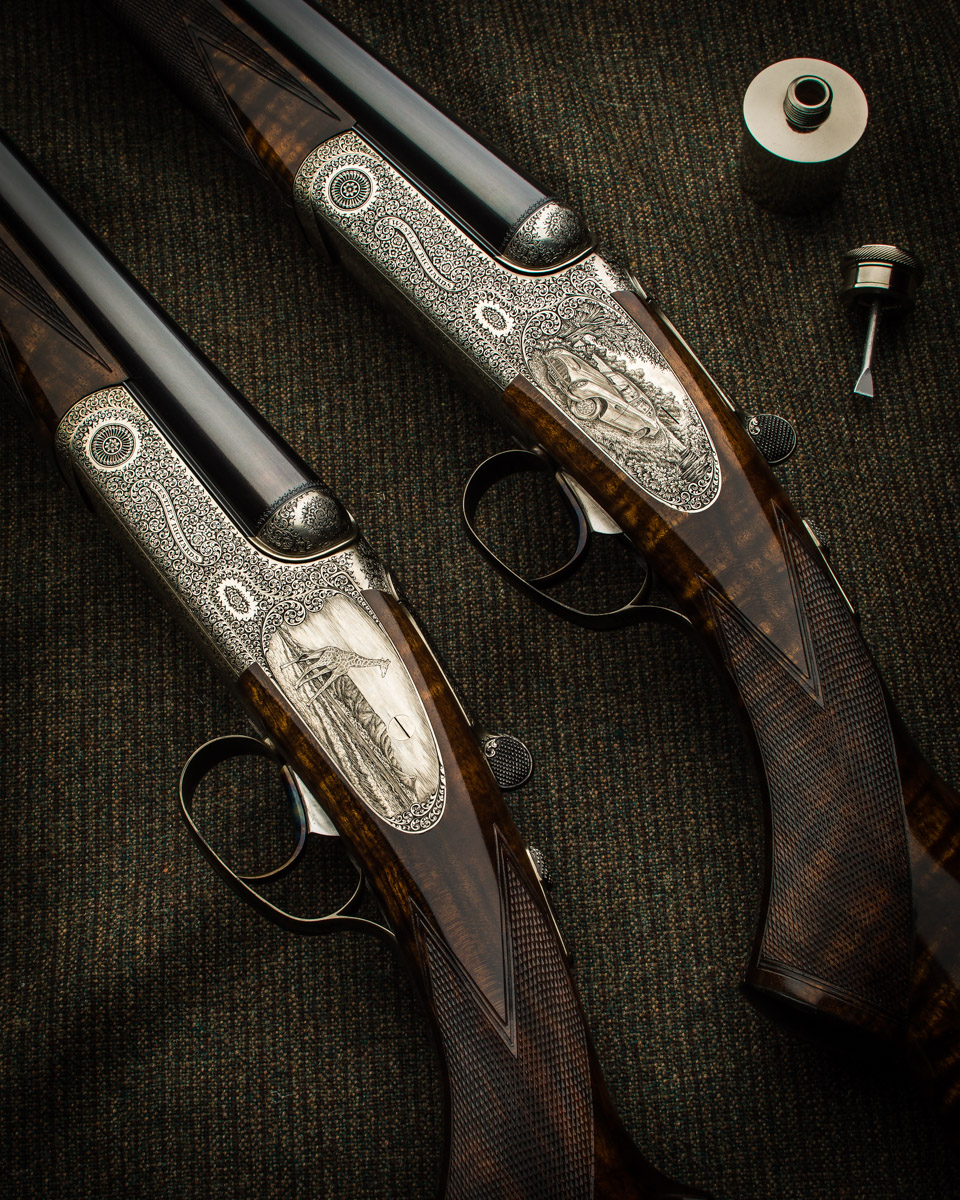 Aston Martin DB5 And The Southern Giraffe In View Of Table Mountain. 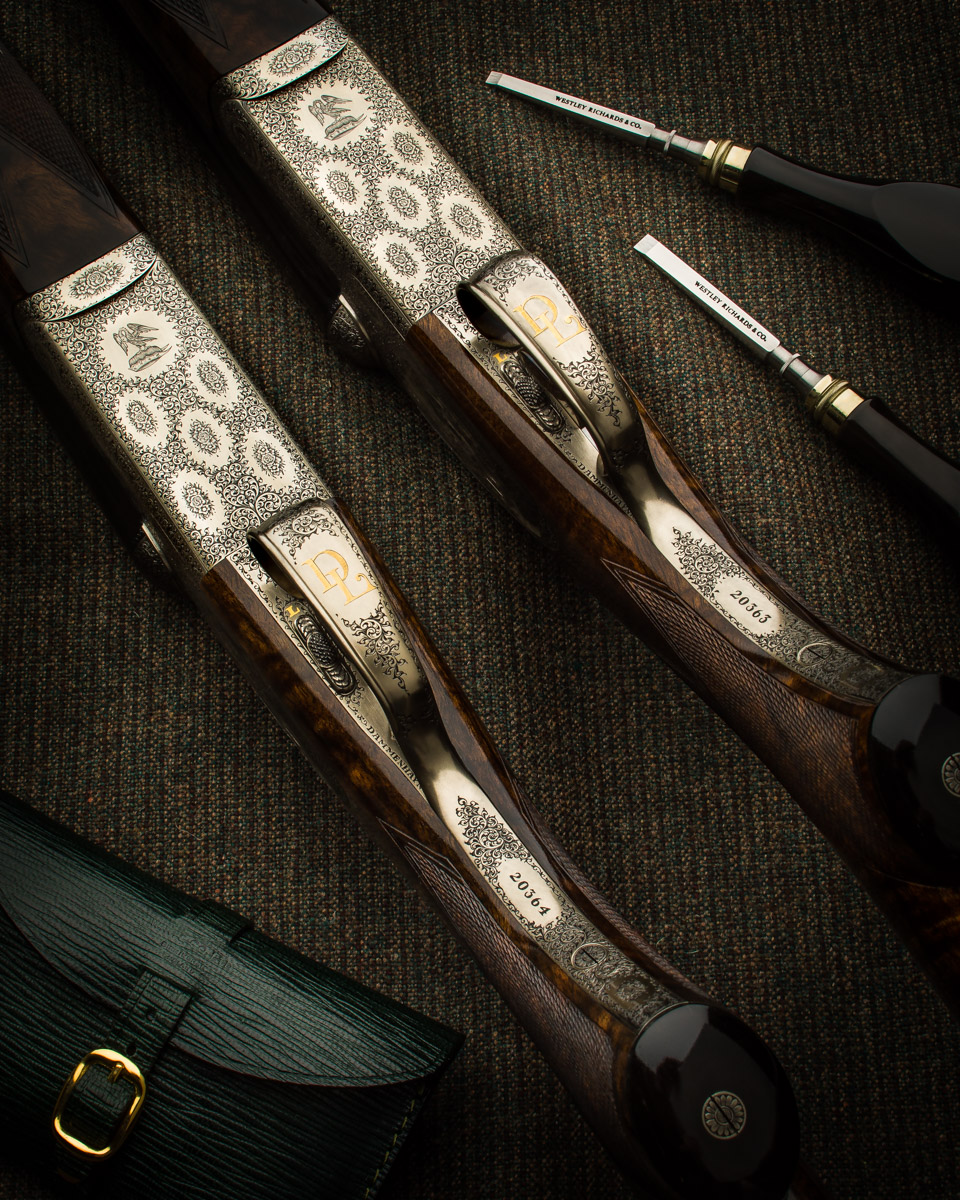 The Family Crest Adorns The Underside Of The Actions. 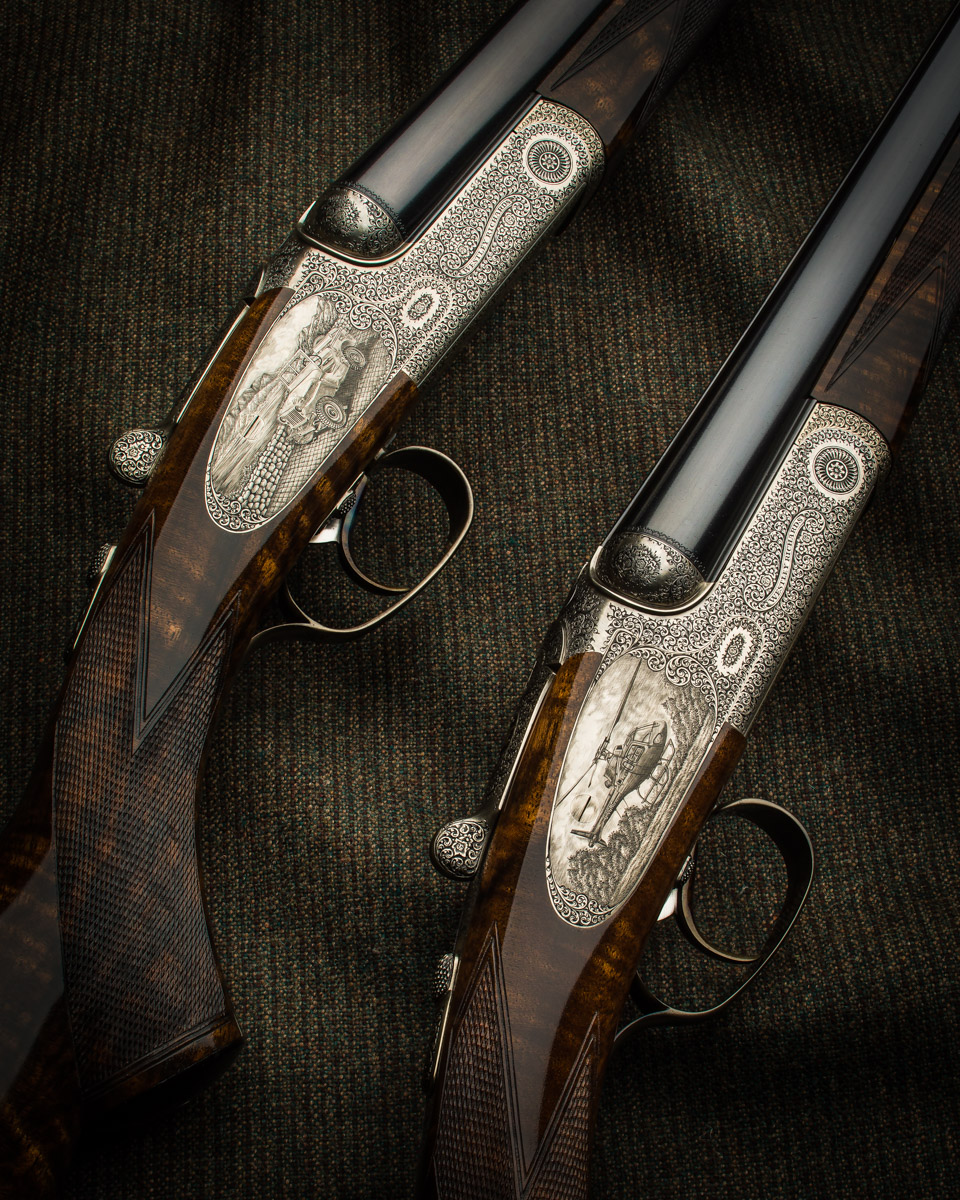