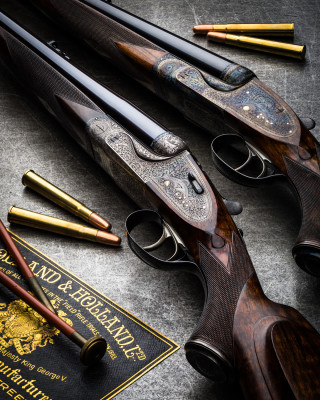 When I think of Holland & Holland I think .375H&H Flanged Magnum and .300H&H Flanged Magnum Royal Double rifles, to my mind their two most famous, well known, beautiful and widely used rifles. With their distinct, much copied, bolstered fences these sidelock double rifles remain a highly prized and very collectable item.

These six rifles were made between 1920 and 1960, the individual style of the action filer can be seen in the file up of the bolsters each having a distinct shape except perhaps the 2 Deluxe rifles which look to be done by the same hand.

My personal favourite is the .375 in the top photograph above, I think the barrel contour and file up of the rifle are spot on. 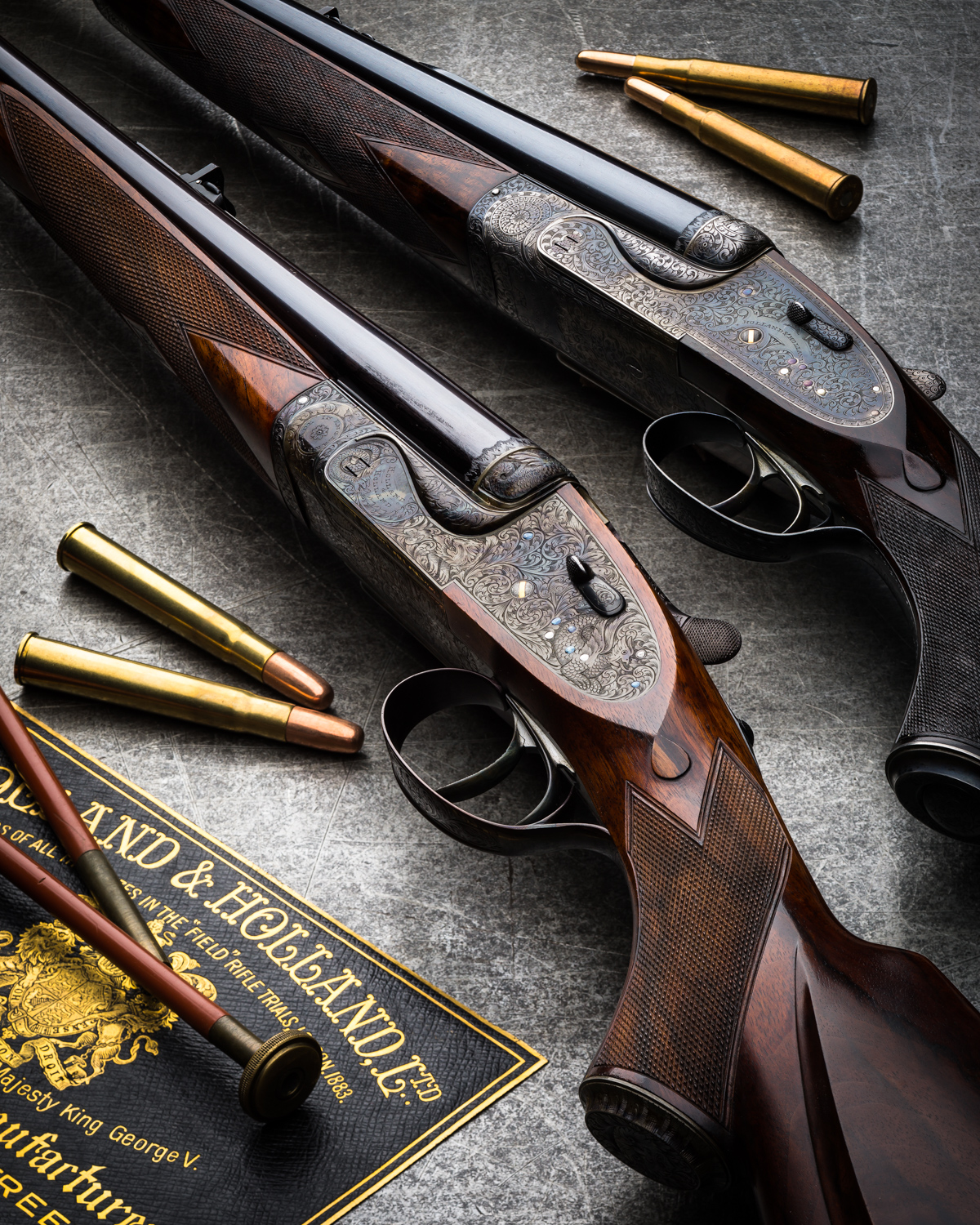 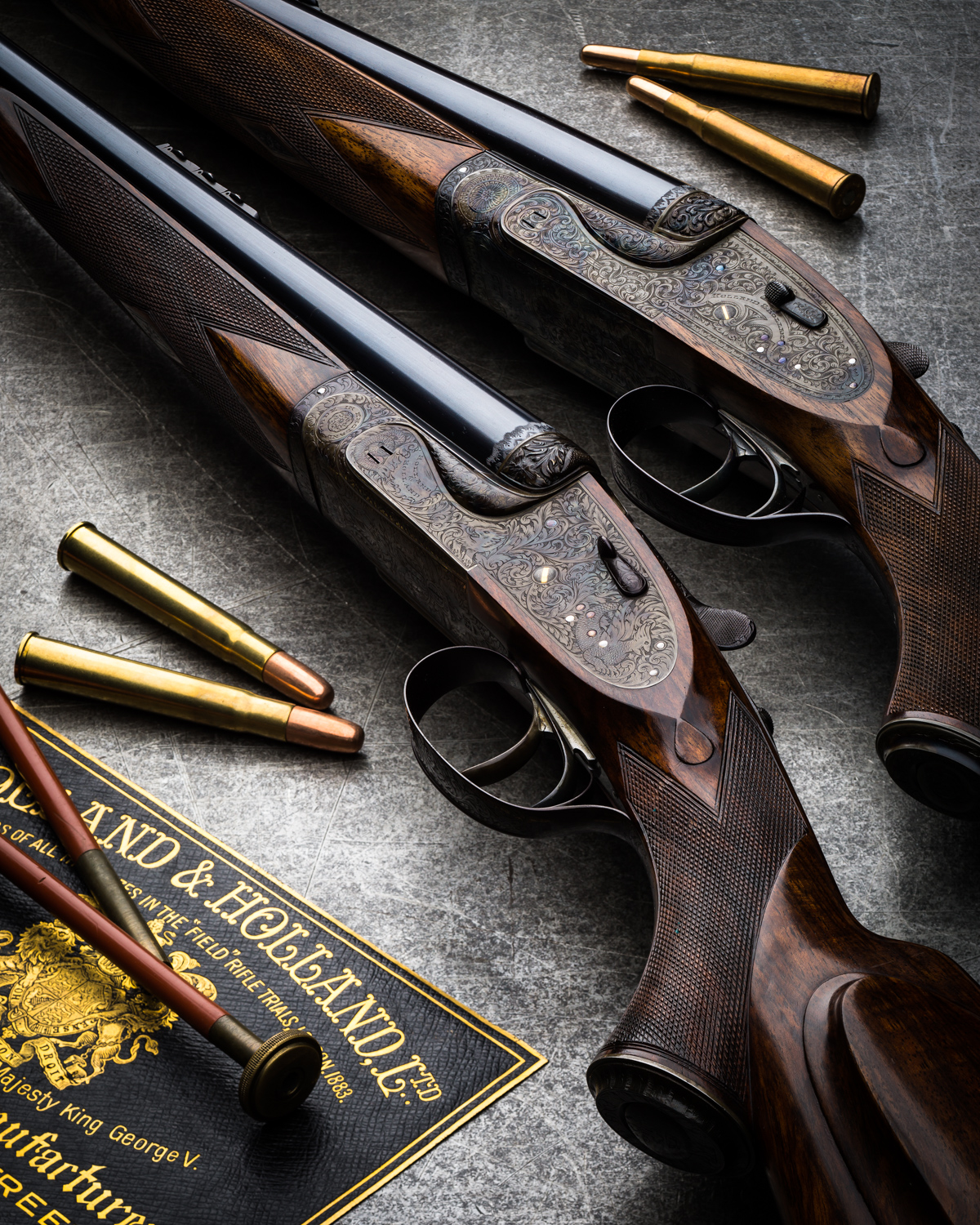