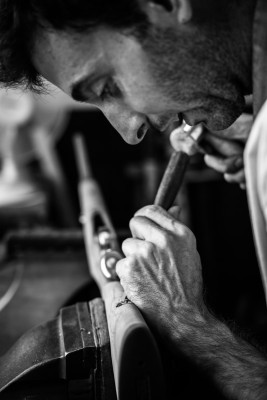 My respects to – The Gunmakers by Gary Duffey

I have revisited the pages of The Explora over the past few evenings, enjoying the broad range of posts and articles while taking a closer look at the photography. While scrolling back through the months I find myself slowing and paying closer attention to certain categories more than others among the various articles. However, it is primarily those of the Gunmakers as individuals and as a group that I find myself dwelling on. In various posts and articles, respect and recognition has been given to the folks at Westley Engineering, St. Ledger, tube providers, barrel blackers, and others rightly so. All of them ‘best quality’ compatible providers of absolutely critical components and elements to the whole of gunmaking. 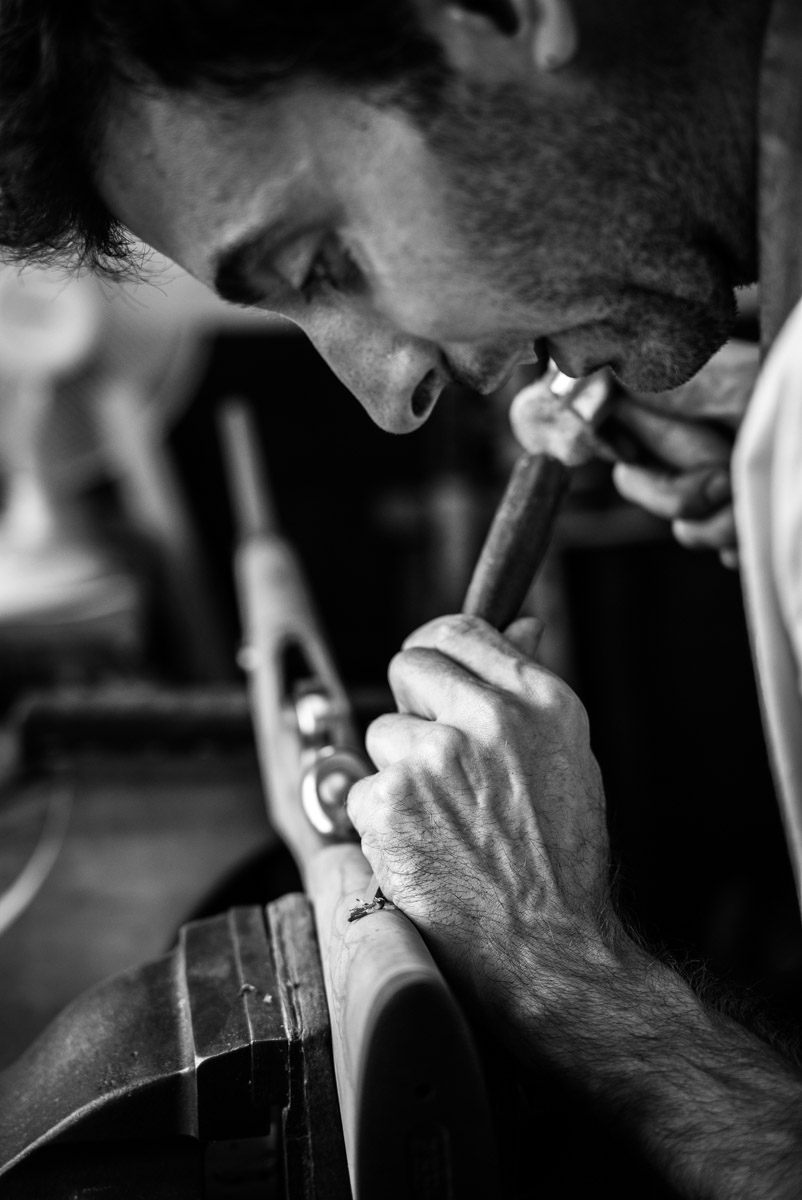 That being said, ultimately a craftsman will begin work with parts and pieces. This will be a person who will have a defined scope of work to accomplish, and all the other work that is to be done forward in the sequence of production, will be dependent on the quality of his initial work. He is laying the foundation for all of the qualities that must exist in the resulting gun or rifle, qualities that all the other work will be built upon. Now it is clear that this is a well-organized process and that there is an astounding level of inner dependence among them. Considering the many functions that must take place, this is quite an orchestration, much more symphony than chamber music. Many hands creating a bespoke gun or rifle built to a historic standard.

I can imagine there is an amazing level of trust that must exist from function to function and person to person. These men accept a burden of continuing and extending a 200 year tradition and standard of excellence. They could be fulfilling a persons lifelong dream, interpreting a collector’s vision, repairing an heirloom, building a tool for a professional or all of these. But to these standards and quality, given the history and legacy, never are they just making a gun. In a kitchen it is said, “Too many cooks spoil the broth.” In this instance of gunmaking the result is beyond the sum of the parts. It is remarkable that each person will only have a certain function, a piece or percentage of the total effort, yet they will each play a critical role in achieving such a refined outcome.

More than once, in fact dozens of times at various shows over the years I have overheard or been asked, ‘but how could it cost that much?’ A reasonable question, most likely and usually from someone who may own firearms or be an outdoors person but lacking any exposure to the kind of gun or rifle they are now seeing. It is an opportunity to share a little and certainly hope to instill an appreciation beyond the price!

I know of no better way to attempt to answer their question than with this quote from “The Antiquary”.