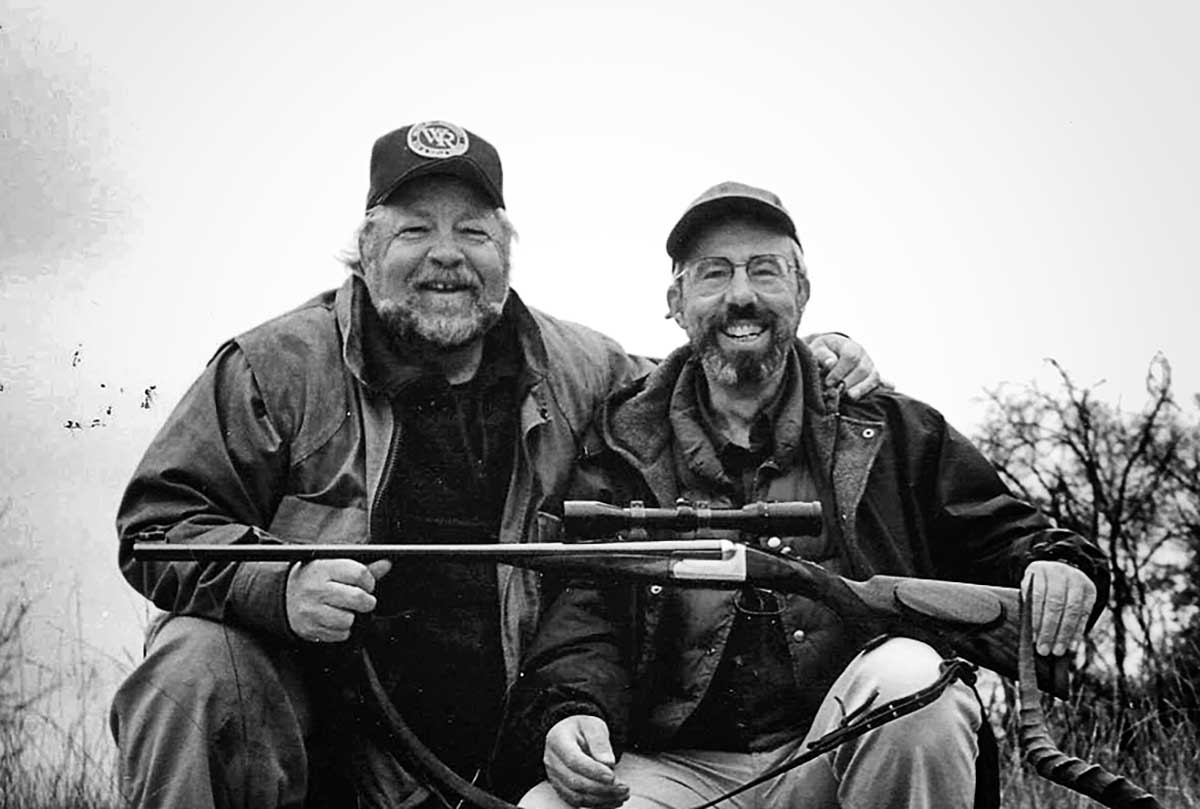 How Long Will a set of Westley Richards Droplocks Last?

Bob Francis and Rich Cousins in Africa together with the Westley Richards .318

At the beginning of April you showed a beautiful .475 no.2 Eley Droplock rifle on the blog. As I read through the comments, one of the respondents had asked how long a set of drop locks would last. This rather intrigued me as I did not know the answer. I think the reason I did not know was because I have never had a problem with any of the Westley locks.

Then I realized I did have an answer of sorts. I currently own a Droplock .318 WR, this rifle was made in 1908, and shipped to India. Unfortunately I could find no history of the rifle in India. However, the rifle surfaced in Australia sometime after the end of WW2. The rifle was owned by a rancher in the northern territory. I have some second hand verbal history regarding its use on kangaroos and buffalo. The rifle was later sold to another gentleman in Australia, and I have some first-hand verbal history of its use at that time.

Sometime in the early nineties, the rifle ended up in the U.S. A gentleman from Montana bought the rifle and used it to shoot at least one elk. It was then traded or sold back to Westley Richards, and I was delighted to buy it at that time. It is a plain, non-engraved action with a tropical nickel finish. C type dolls head and a stalking safety, nicely engraved 26" barrels, patent foresight and very nice French walnut. Q/D talley rings and bases were added at this time. The rifle has been re-blacked, the wood cleaned up and a new silvers pad installed. The rifle is on face, very accurate and shows no sign of ever being messed with. It has the original serial numbered locks.

I have taken the rifle to Africa seven times, and shot a wide variety of plains game, from steenbok to eland with this rifle.

In 2008, a friend of mine made a nice one shot kill on a lovely 8 x 6 elk with this rifle, on its one hundredth anniversary!

Now I have been a little long winded about this rifle, but it is very seldom that you can get some history albeit verbal, other than the story from the dealer who you bought it from. And some basic information from the maker.

The indications are that all the previous owners were hunters or shooters. The rifle was used, cleaned and cared for, otherwise it would be in a lot worse condition than it is now. It was not a safe queen, or used a couple of times and put into storage. The rifle has been used on four continents, and seen some constant use for over a hundred years.

Now for an answer. If you take care of a Droplock Westley, clean it, take reasonable care of it and cherish it, a Westley Richards rifle will last you a lifetime, or in the case of my .318, both the rifle and lock mechanism have lasted 108 years.

Bob Francis managed our first independent USA Westley Richards shop in Springfield, Missouri. This we opened after the Tulsa Gunshow in about 1995 and it was the formal brick and mortar start for me of what have been 20 wonderful years dealing in USA, from where I have been fortunate to meet so many enthusiasts who remain friends to this day. Rich Cousins is one of these people who over the years has given me good advice and always remained a Westley Richards flag bearer. I will always look upon the days in Missouri as some of the most exciting in my career, the heady days of gun dealing! Simon