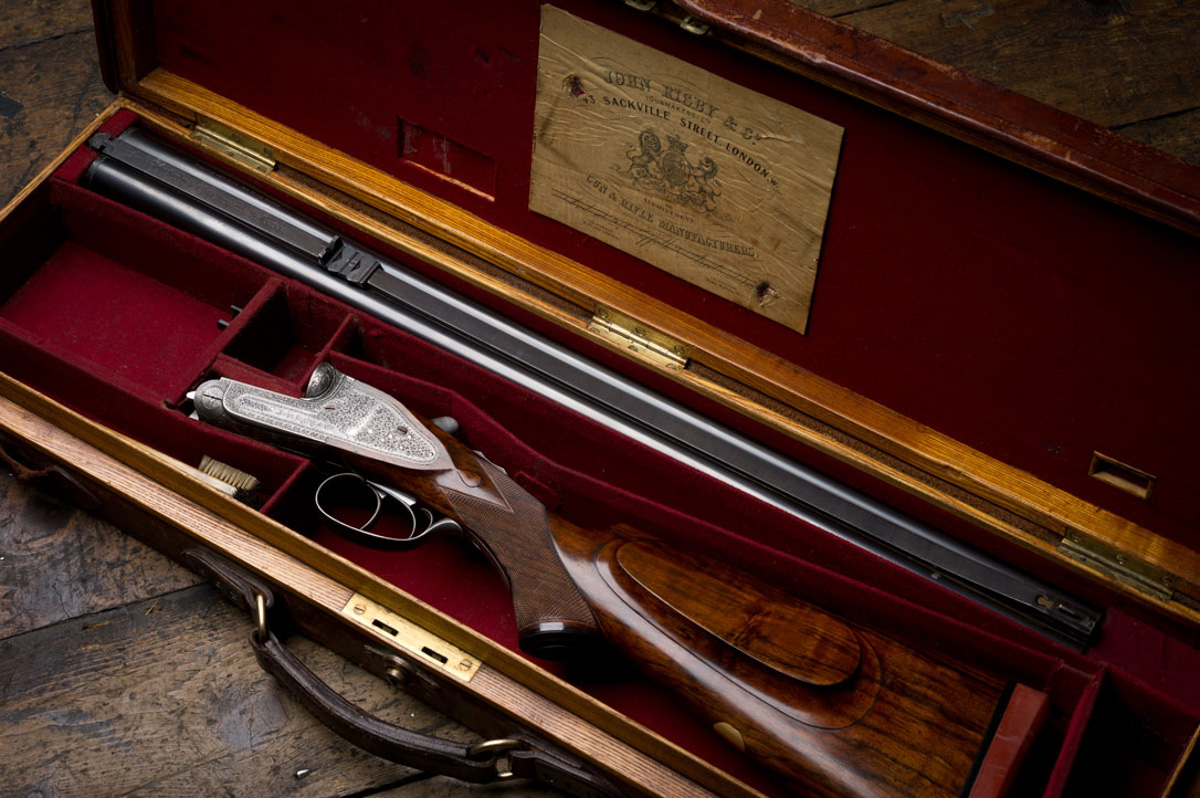 This particular J. Rigby .470 is used for illustrative purposes only.

When we were active buying rifles in India between 1965 and 1995 the product we brought out all had a common feature, it was in an original unmolested condition. Some had been maintained well, and some not so well, but none had been messed about with by amateur or incompetent gunsmiths. We were able to bring the guns and rifles back to the factory to restore and revive in a subjective and considered manner, to make the gun look its best but not 'over restored'. We felt any restoration work we did should not be noticeable.

One of the rifles I recall buying in India was an excellent J. Rigby .470 sidelock, I was eager to get it back to England for sale but had to endure the 6-8 month export process. The rifle had colour, condition, a long and good looking stock, it even had its case. A quick sale  was a foregone conclusion as these rifles were and remain, a rare find.

When the rifle did finally arrive I had it taken immediately onto the range to test shoot in the safe hands of Ken Halbert. Ken our foreman was regulating our rifles at the time. To my horror the stock snapped in half on the first shot, we were (stupidly in hindsight) using some new shooting assist device which was thrown angrily in the bin immediately after the shot. In a millisecond my perfect vintage rifle joined the 'restocked and refinished category gun'.

Last week I was sent some photographs of another J Rigby .470 sidelock, it was in a tatty oak and leather case with a missing lock and rudimentary canvas cover. The rifle had an old squashed recoil pad, overall the look of a rifle discovered in a small armoury in India. It looked to me as if transported in time from just before we pulled the trigger that last time many years ago!

I now have another chance and another great rifle to offer shortly, no shooting contraptions this time, just a steady standing shot. This is obviously a rifle that came in from India years ago and had no work done on it ever, this for us, is the perfect place to start from.

For those Rigby 'rising bite' fanatics I will state now that the rifle I have is not that model rifle, it is a late 1920's vintage rifle and utilises (IMHO) the much better and stronger dolls head type fastening system the company turned to with the advent of nitro powders. 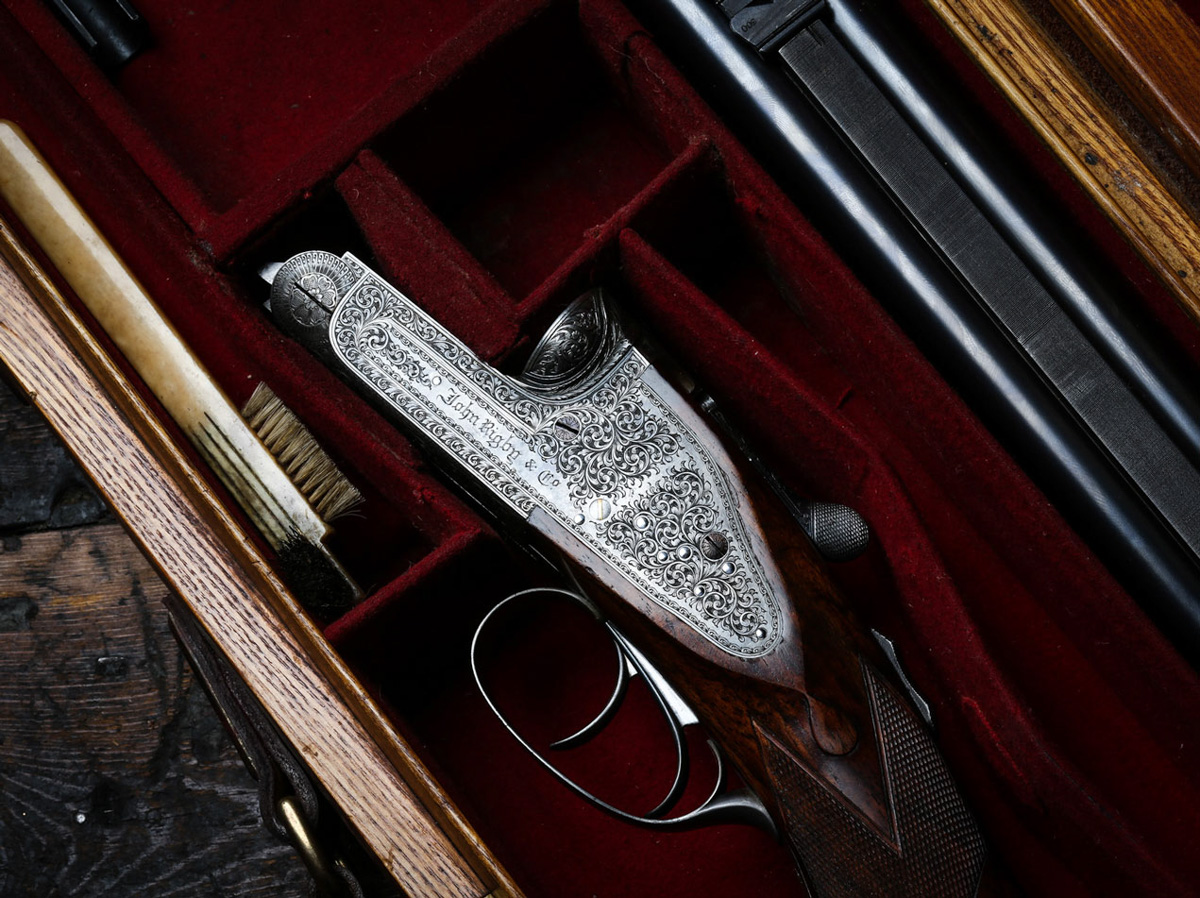 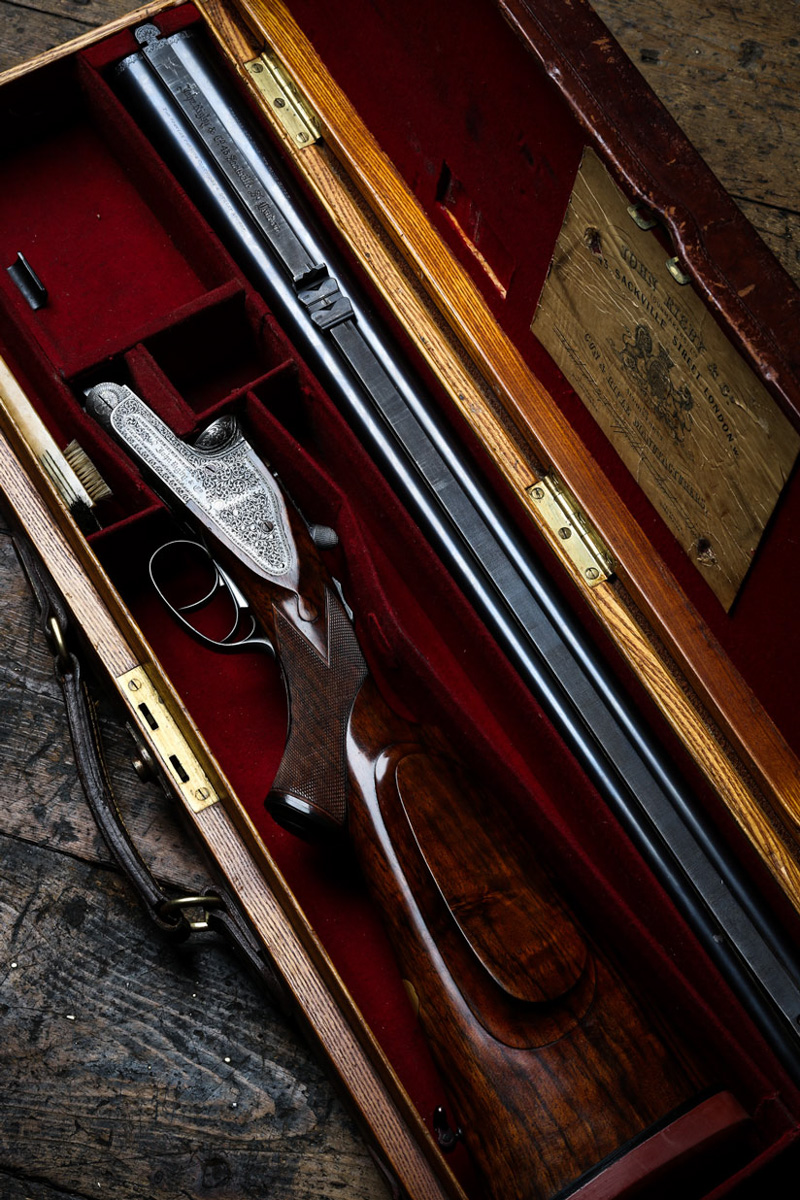