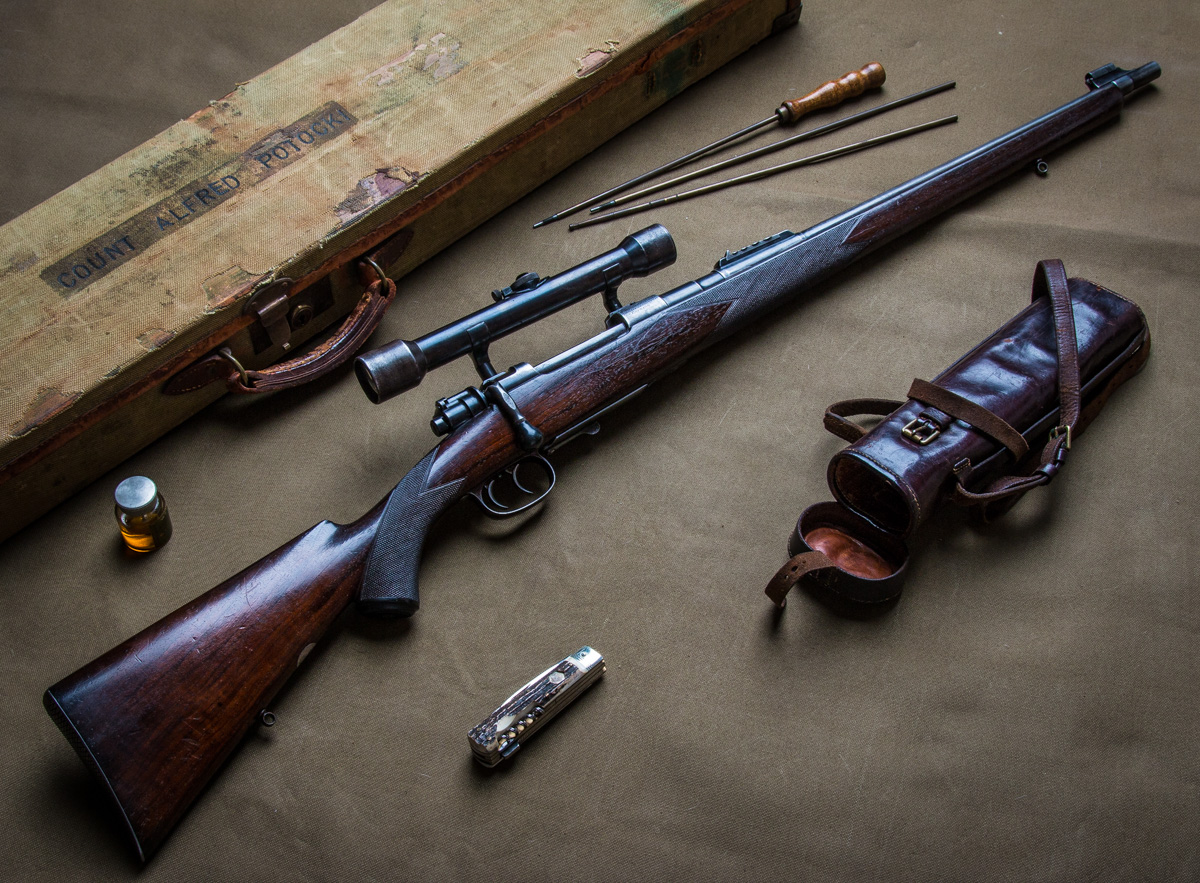 It is always nice to find rifles with good provenance and the Potocki family certainly bring that. This .318 carbine rifle is very nice in a few ways, we don't see many surviving Westley Richards rifles in this original carbine format, rarely when we do will they have the original telescope and pouch. To have it in its original case and with provenance is the icing on the cake in this instance. This rifle was built for the 3rd Count Alfred Potocki who inherited the family estates during the first world war and who was reputed to be the wealthiest man in Europe. Descendent of William the Conqueror, godson to Kaiser Wilhelm II, this final Count Alfred was related to virtually all the royalty of Europe. Though land and legal reforms in the 1920s stripped him of some of his inherited properties and noble priviledges, Count Alfred was believed by some to be the wealthiest man in pre-Second World War Europe. Educated at Oxford and Vienna, Alfred traveled the world visiting royalty, hunting on safari, collecting impressive works of art to add to his palace collection and tending to his many properties throughout the continent. In the years before World War II, royalty and the super-wealthy dined, hunted and vacationed at Count Potocki's palace and his several impressive lodge houses throughout the area. 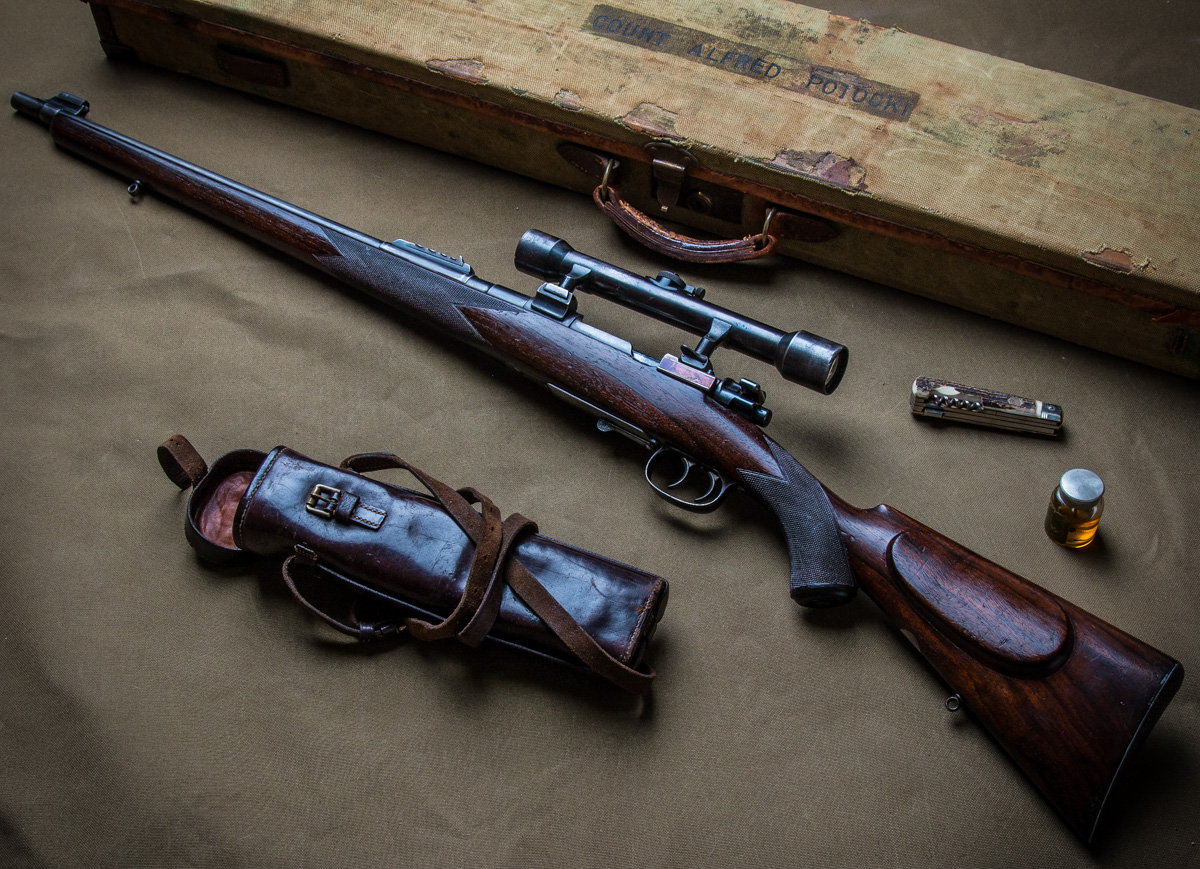 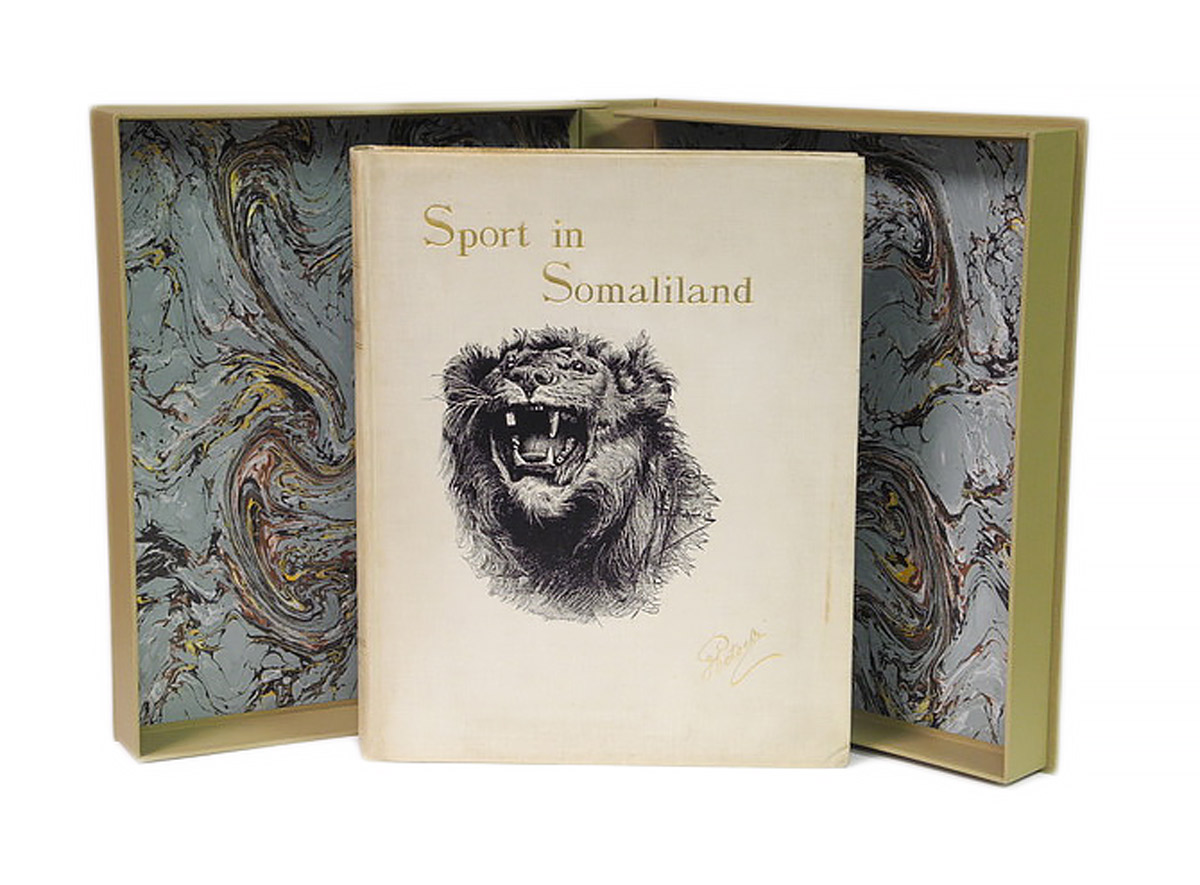 An original copy of Sport in Somaliland. Photo courtesy of Safaripress.com

Another famous member of the family Count Józef Potocki (1862-1922) inherited his mother’s estate in Antoniny, while his elder brother Roman was master of Łańcut. A man of remarkable talent and energy, he turned the 55,000 ha property into a very profitable entreprise. His gains financed the expansion of a stud via acquisitions of new stock in Egypt, India and the Middle East, which brought him in contact with Anne & Wilfred Blunt. His true passion however was hunting. Józef organized several remarkable expeditions in the 1890s to India, Ceylon, Somaliland and later to the Sudan, recounted in beautifully bound and illustrated books. One of them was translated in English under the title “Sport in Somaliland” and this book remains one of the most expensive and collectable books in the big game hunting department, often commanding prices in excess of £6000,  a copy of which I have never 'manned up' enough and bought! 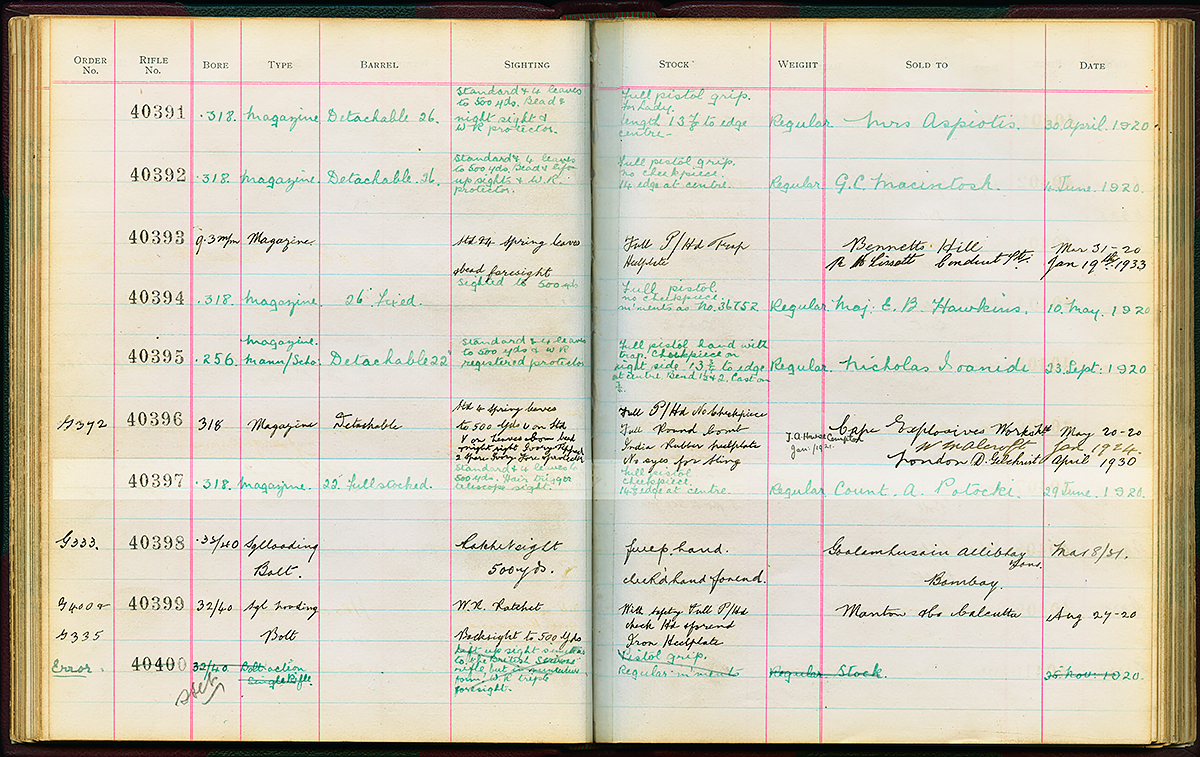 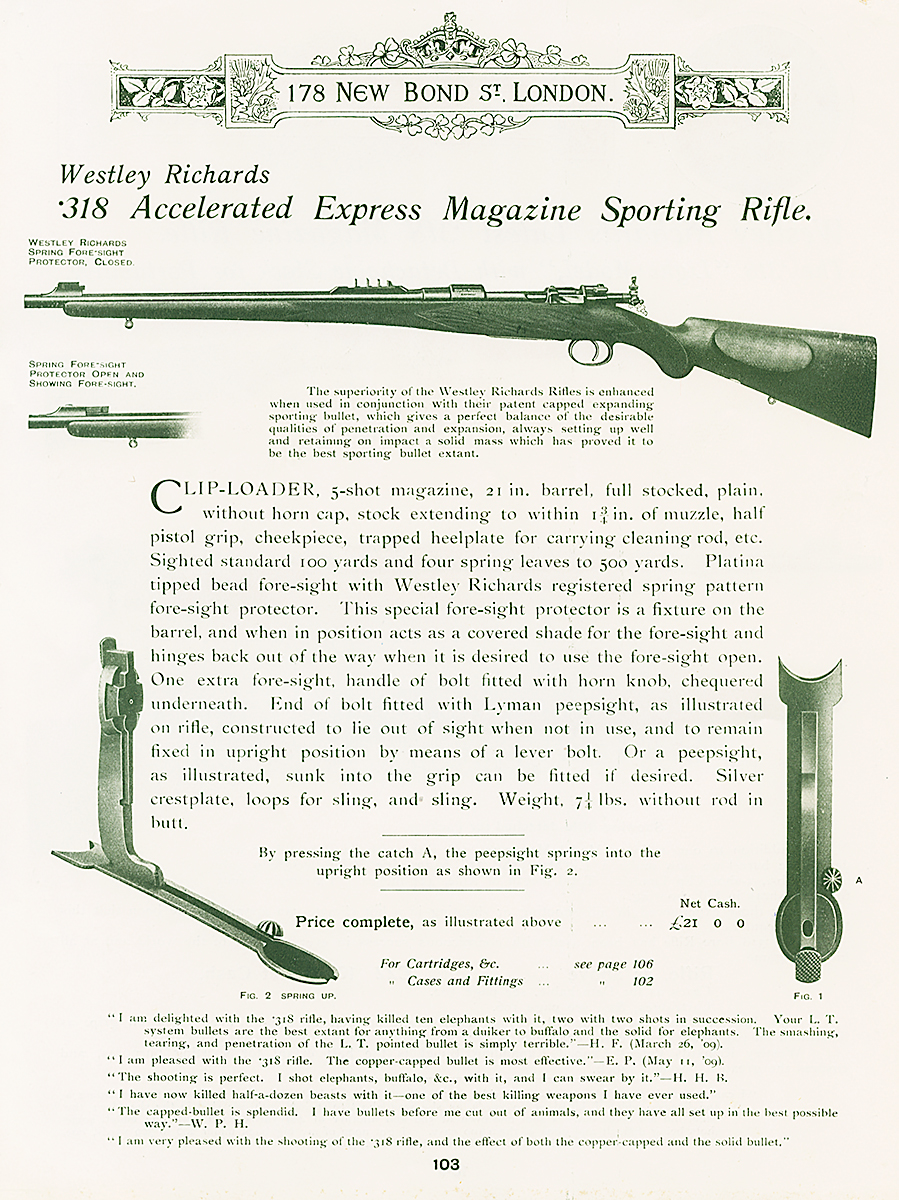 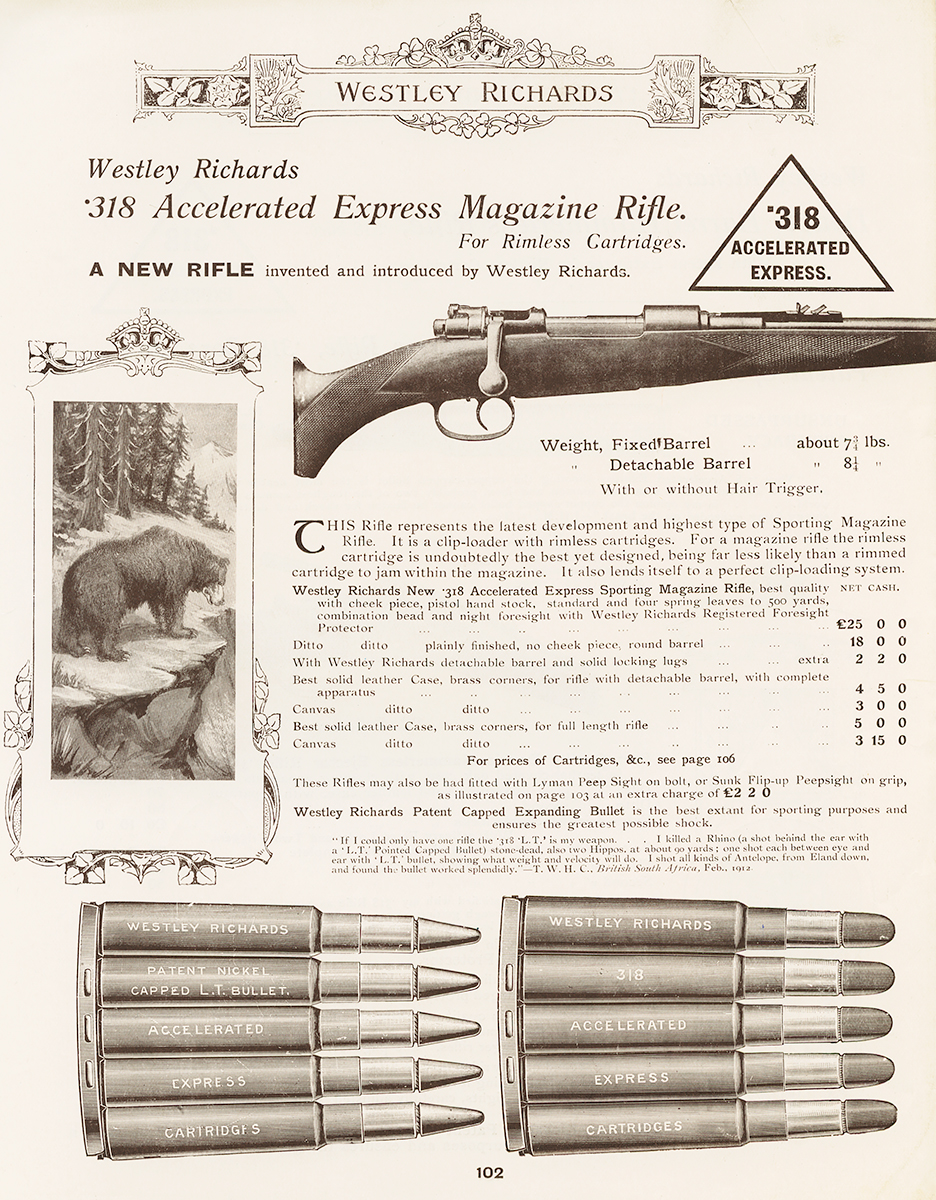 This rifle is detailed on our used gun site but I am afraid sold in the time it took me to get this post uploaded to the site. Westley Richards .318 Carbine Rifle.