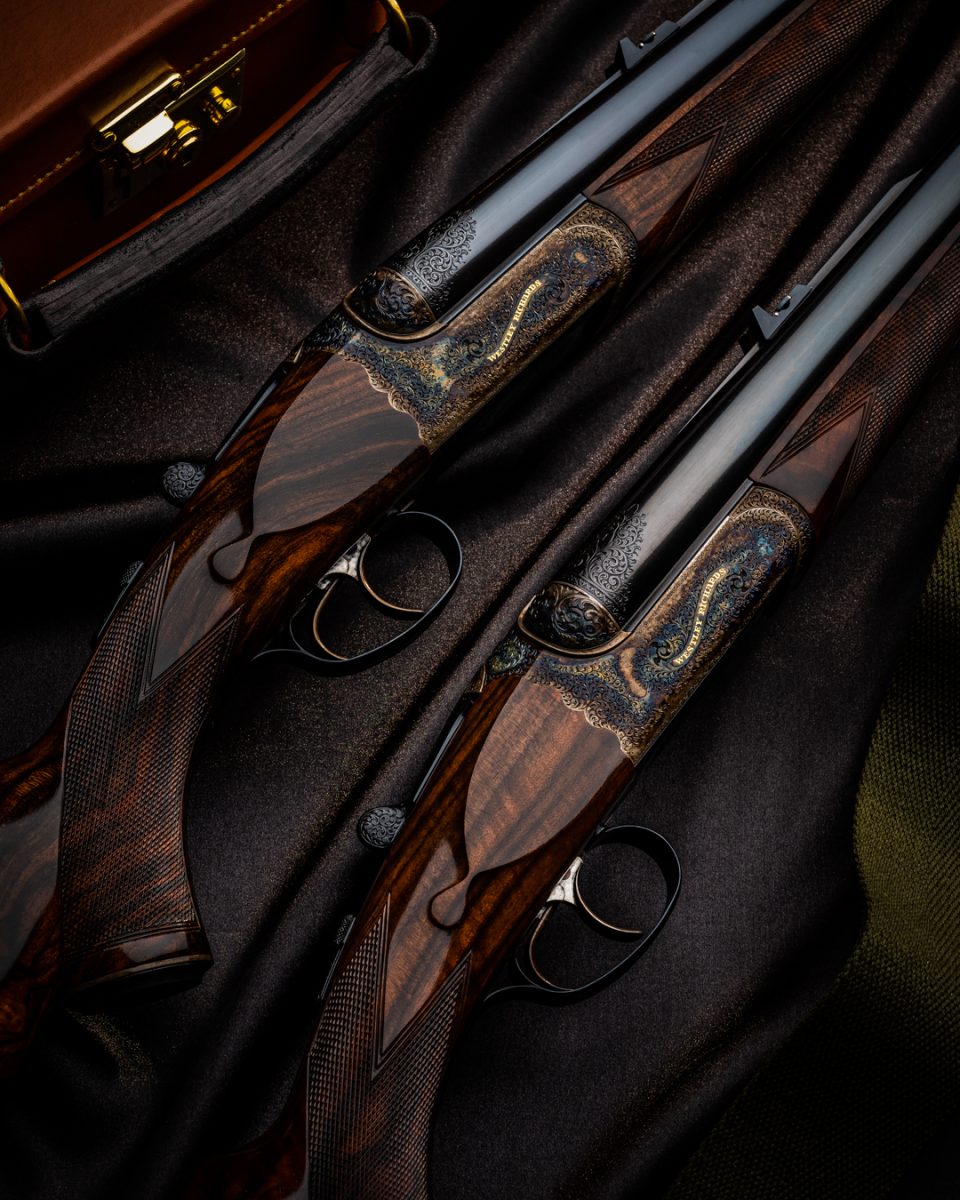 Modern Interpretations of a Classic

Some good customers and friends I had met working with my dad, came to visit me at the SCI booth when I first came to work for Westley Richards & Co. One of them reminded me that long before I ever worked for the company, I would always tell him that Westley’s made the best guns and rifles money could buy. My consistent messaging paid off and it wasn’t long after that visit that he called me back to discuss commissioning double rifles for each of his two sons. That conversation led to discussions with the two brothers. Lots of long discussions in fact and I’m not sure who was more to blame, the brothers for asking so many questions or me for my long winded answers. 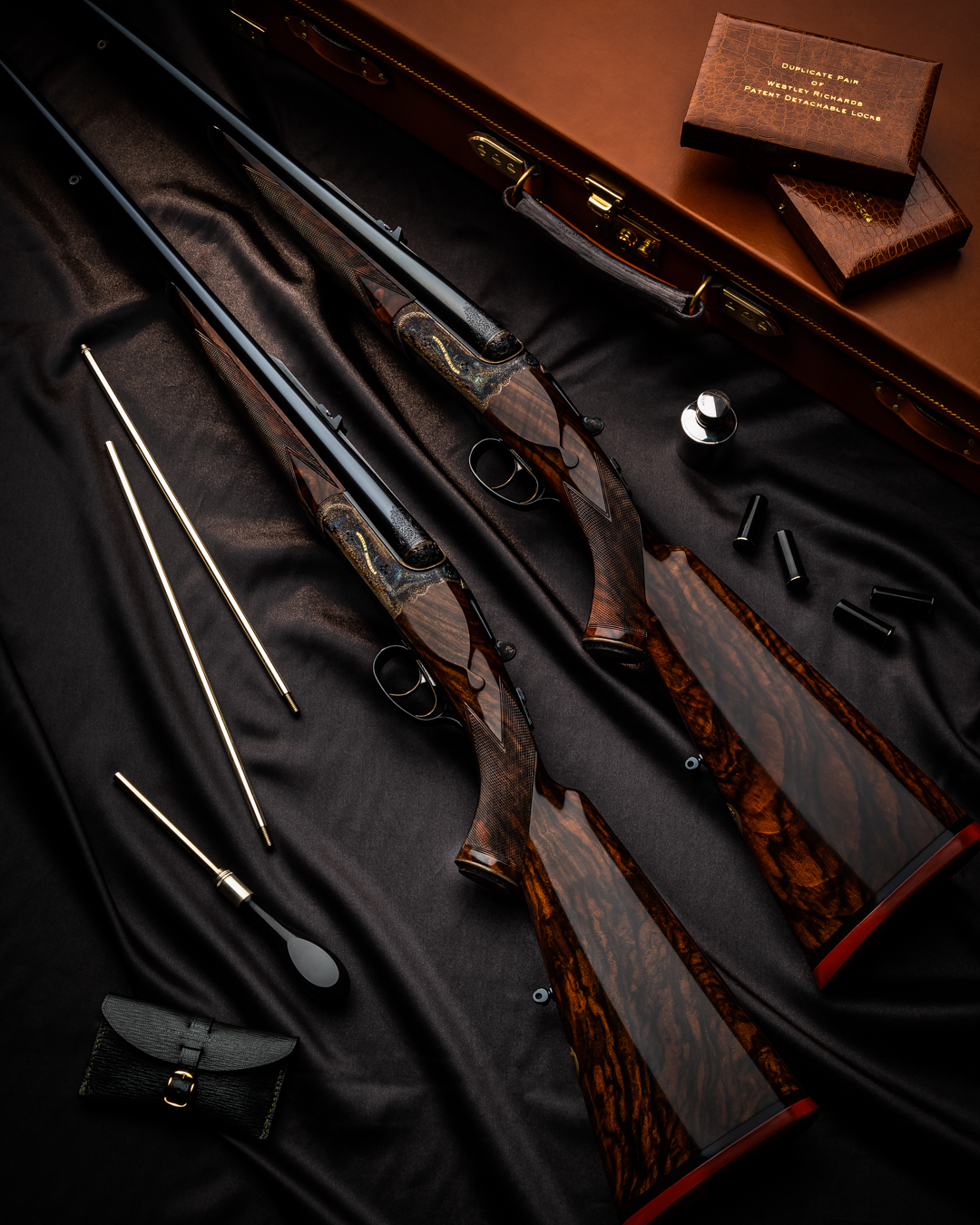 In truth, this is a family of World Class hunters, who needed little guidance from me. Already settled that they both wanted droplock double rifles, the brothers wisely chose cartridges suitable to their builds. One choosing the venerable .450/.400 3” with 25” barrels. The rifle has a sleek, racy profile and is very fast handling while still delivering plenty of punch to handle ornery ole dugga boys. The other going for the ever popular .500 3” NE, first loaded by Westley Richards & Co., this cartridge was a favorite of J.A. Hunter’s and today remains one of the most popular double rifle cartridges we make, no doubt due to its legendary terminal performance. 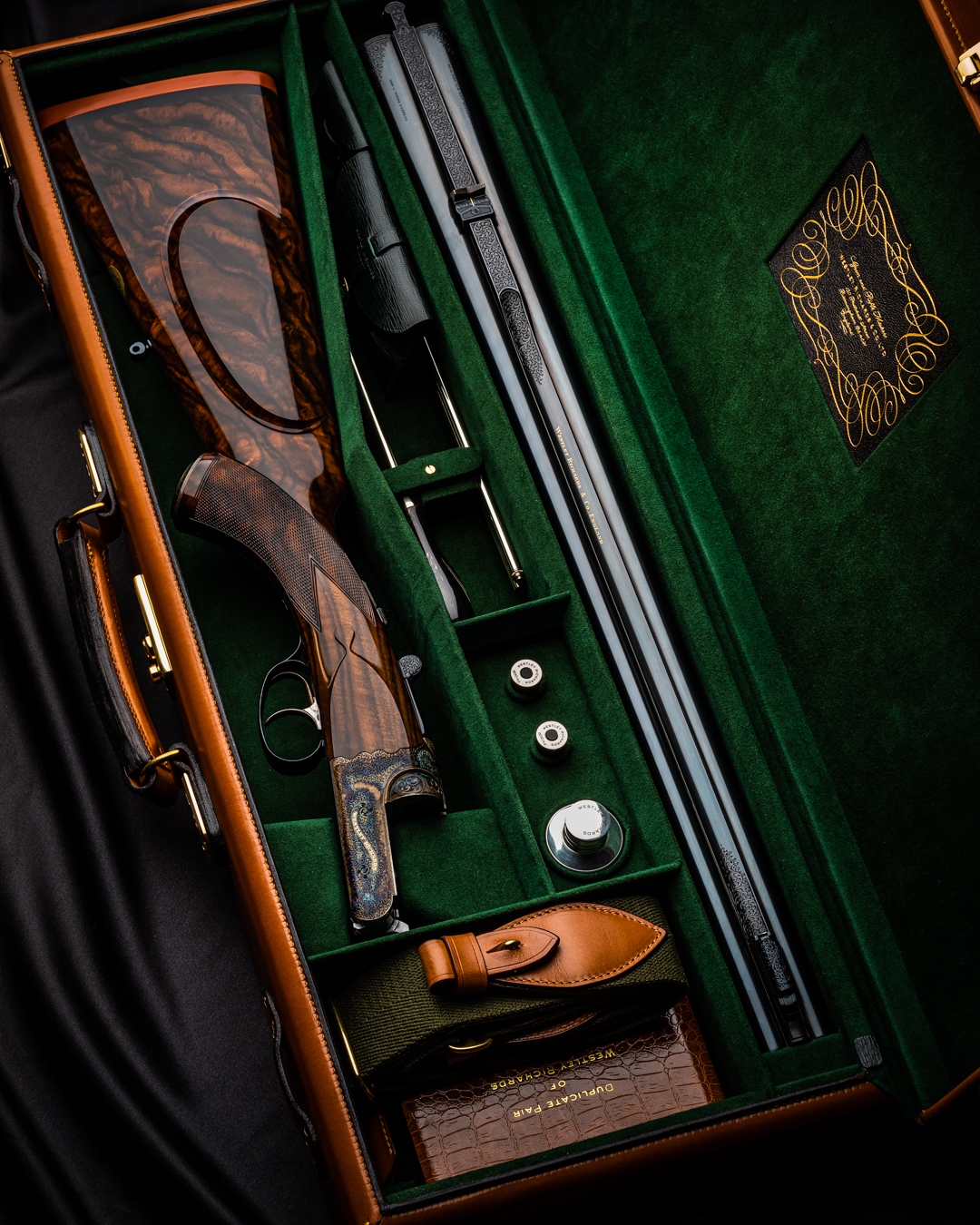 While each brother is right-handed, they happen to also be left-eye dominant. Something I am all too familiar with. These guys are better men than me though and made the switch to shoot with their dominant eye. Thus, both rifles have left hand stocks and left-hand triggers. Meaning the front trigger, the one that fires the right barrel, is on the same side as the cheekpiece and oriented to the left of the rear trigger vs. being to the right of the rear trigger, as right-handed, double-trigger guns are. This prevents the trigger finger from “laying” on the rear trigger while trying to pull the front trigger, so the shooter does not inadvertently fire the left barrel.

However, and quite astutely, the brothers requested right-hand top levers. After some pretty intense conversations, both brothers felt the left-handed stock and triggers were an obvious advantage, but both had shot all their lives with shotguns that had RH top levers. Being that these rifles were meant for hunting dangerous game, they felt that the familiarity of opening a RH gun would prevent them from using a left-handed top lever effectively, if things got a bit “western” on a hunt. 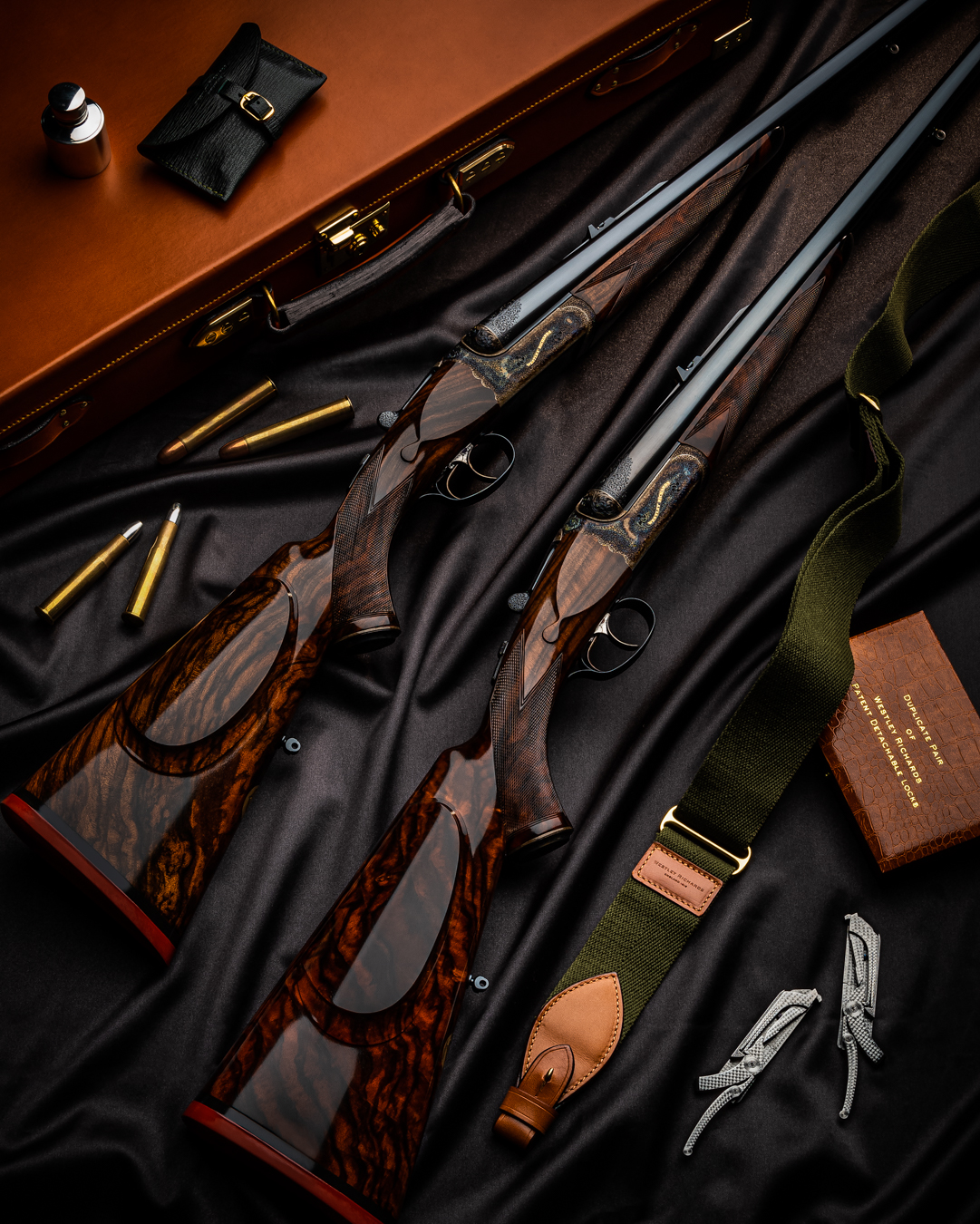 One of the biggest decisions for these gentlemen, as it is for most of our clients, was picking the stock blanks. Being no stranger to bespoke guns, both brothers were well versed at selecting wood for their guns and rifles. The stocks on these rifles are testament to their skill. As is appropriate for the hand detachable lock double rifle, each rifle was ordered with an extra set of locks and housed in lightweight leather cases. Further evidence, the brothers had done their research. 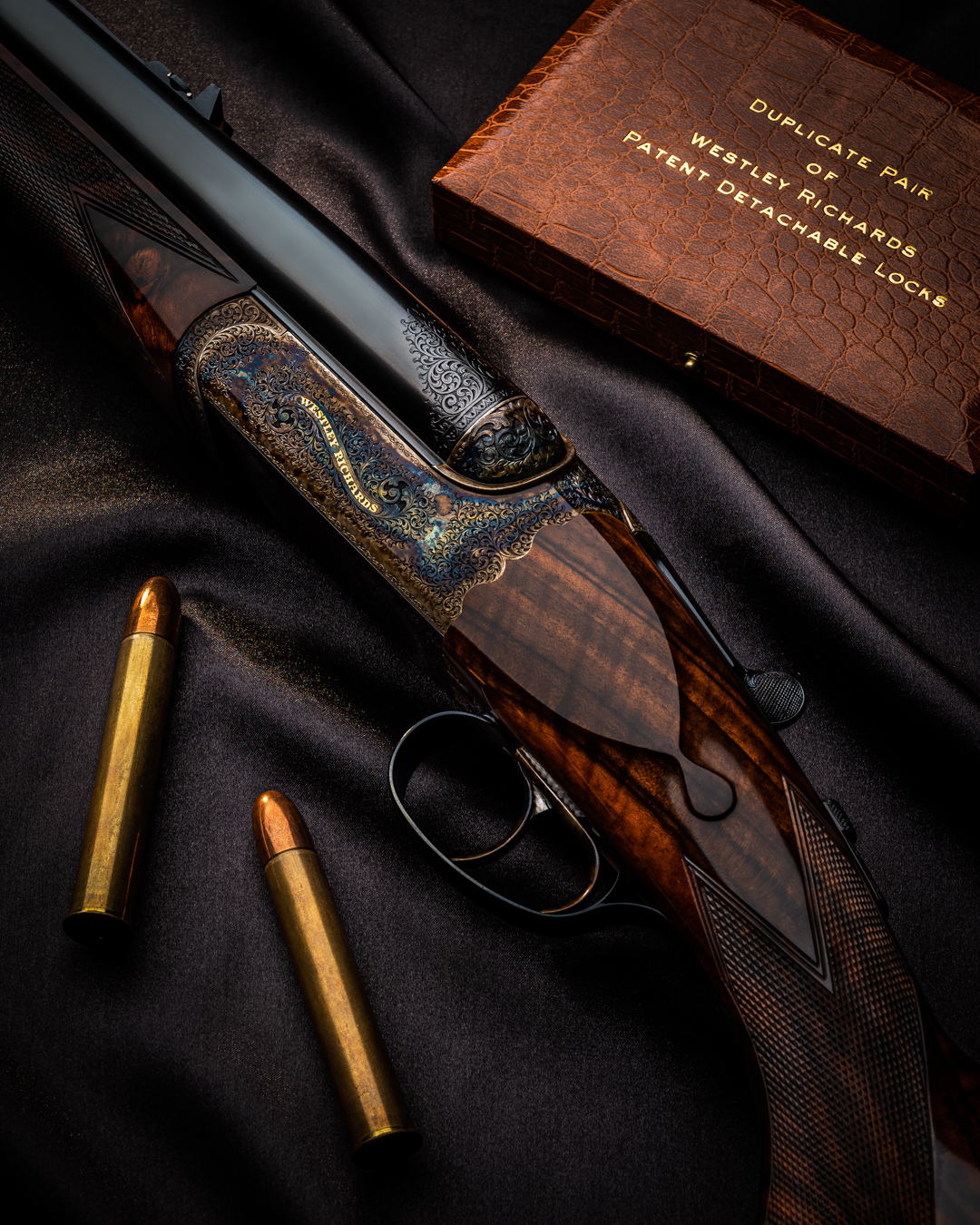 When it came to engraving, each one opted for traditional themes on their rifles. Every company has an engraving they refer to as “House” engraving. Westley’s “House” engraving consists of small traditional scroll, often called “English” scroll here in the US, and the Maker’s name in flowing banners engraved on the action’s sides. On the rifle’s cover plate, the same small scroll, in concert with the negative space, creates a round shape with a geometric pattern in the center, reminiscent of a flower. This engraving is to Westley Richards what R&S is to Purdey’s or Boss & Co. It is not easy to take such a distinct, old pattern, and make it both relevant to the current tastes as well as retain the familiar qualities that make it iconic. However, that is exactly what this interpretation of our house engraving has done. The contrast of carved fences with the fine scroll is a modern twist and really shows the diversity of the engraver. Couple that with the excellent overall execution of the engraving and this timeless pattern has been elevated to another level entirely. 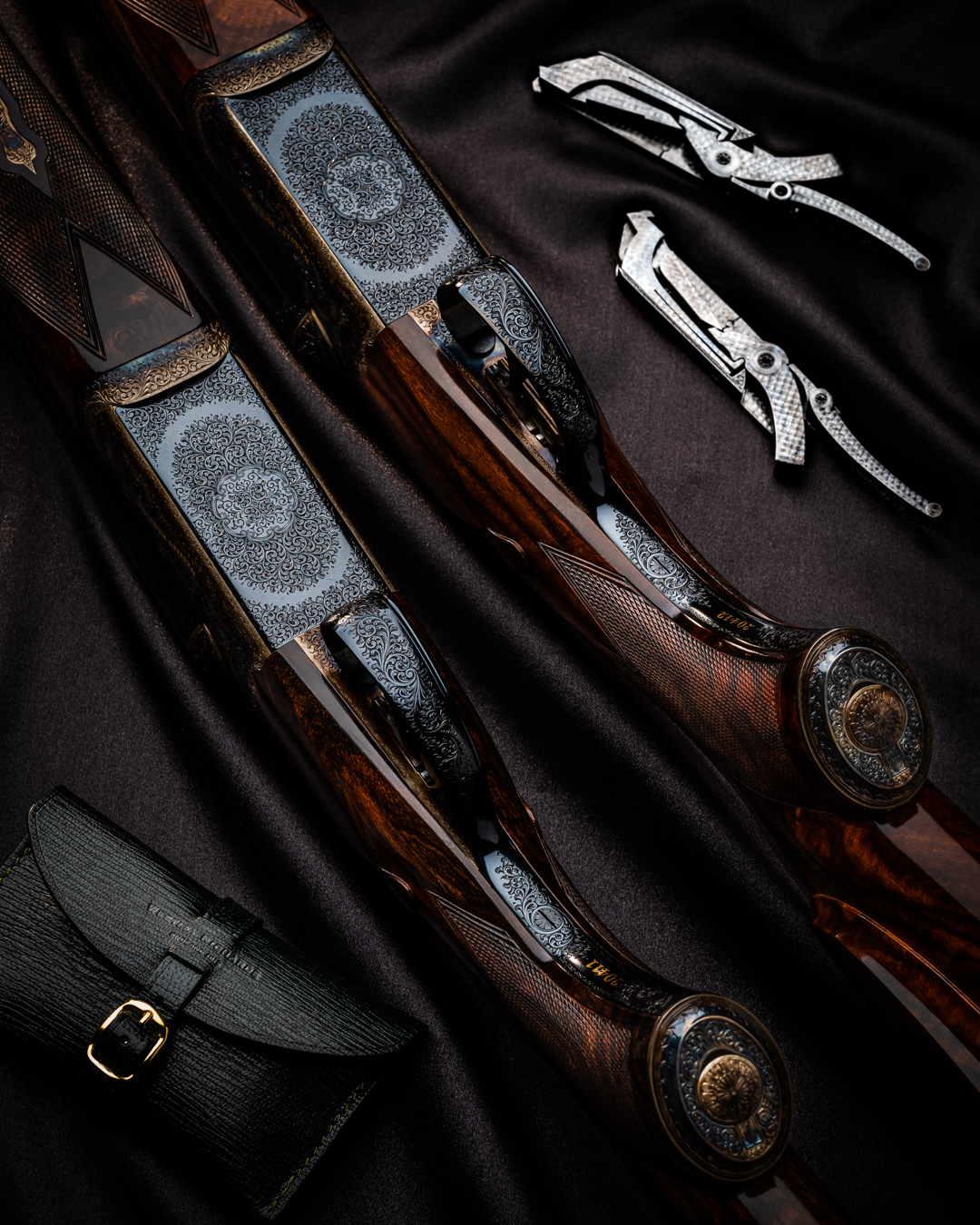 It is a real pleasure to help families create these kinds of legacies and always a pleasure to deal with such gentleman, sportsmen, and friends. I am looking forward to hearing the stories they will create with such beautifully made rifles. 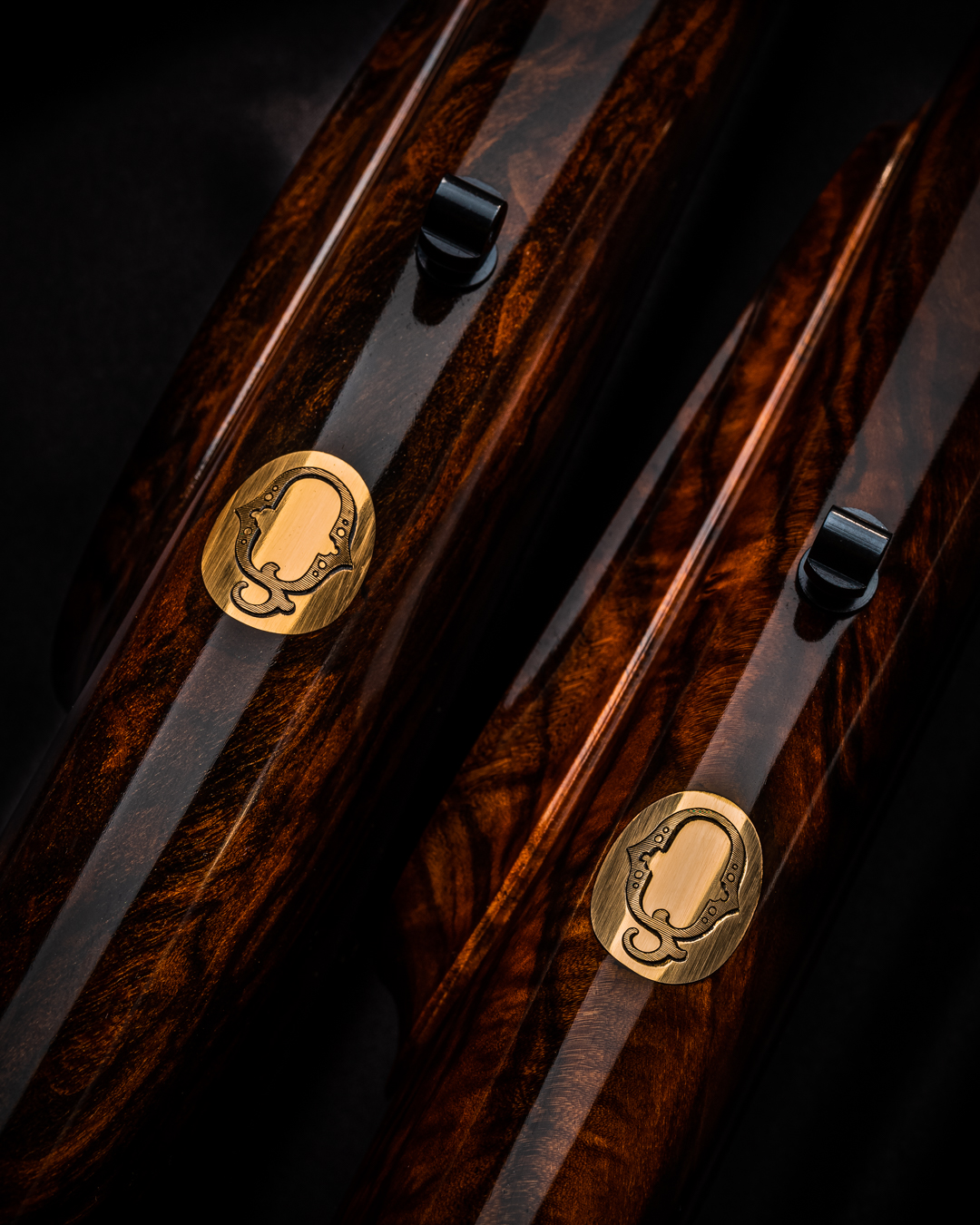 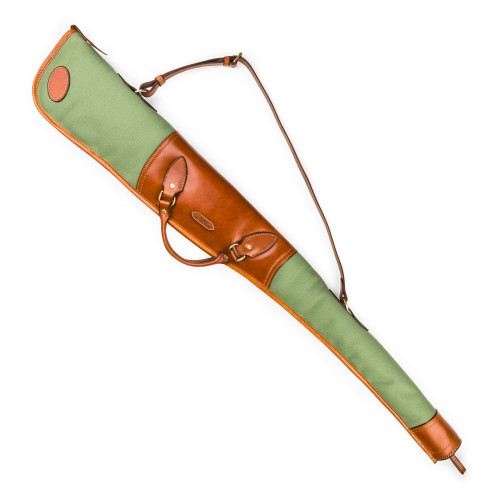 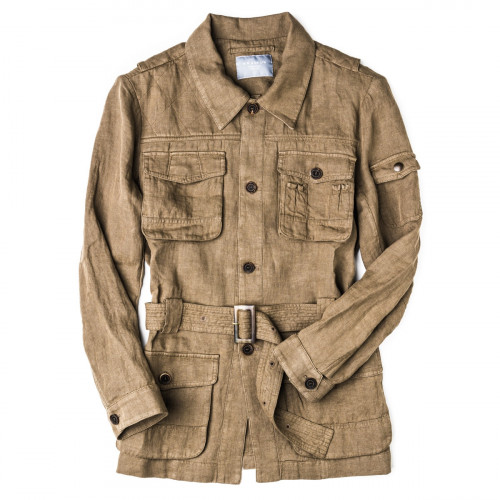