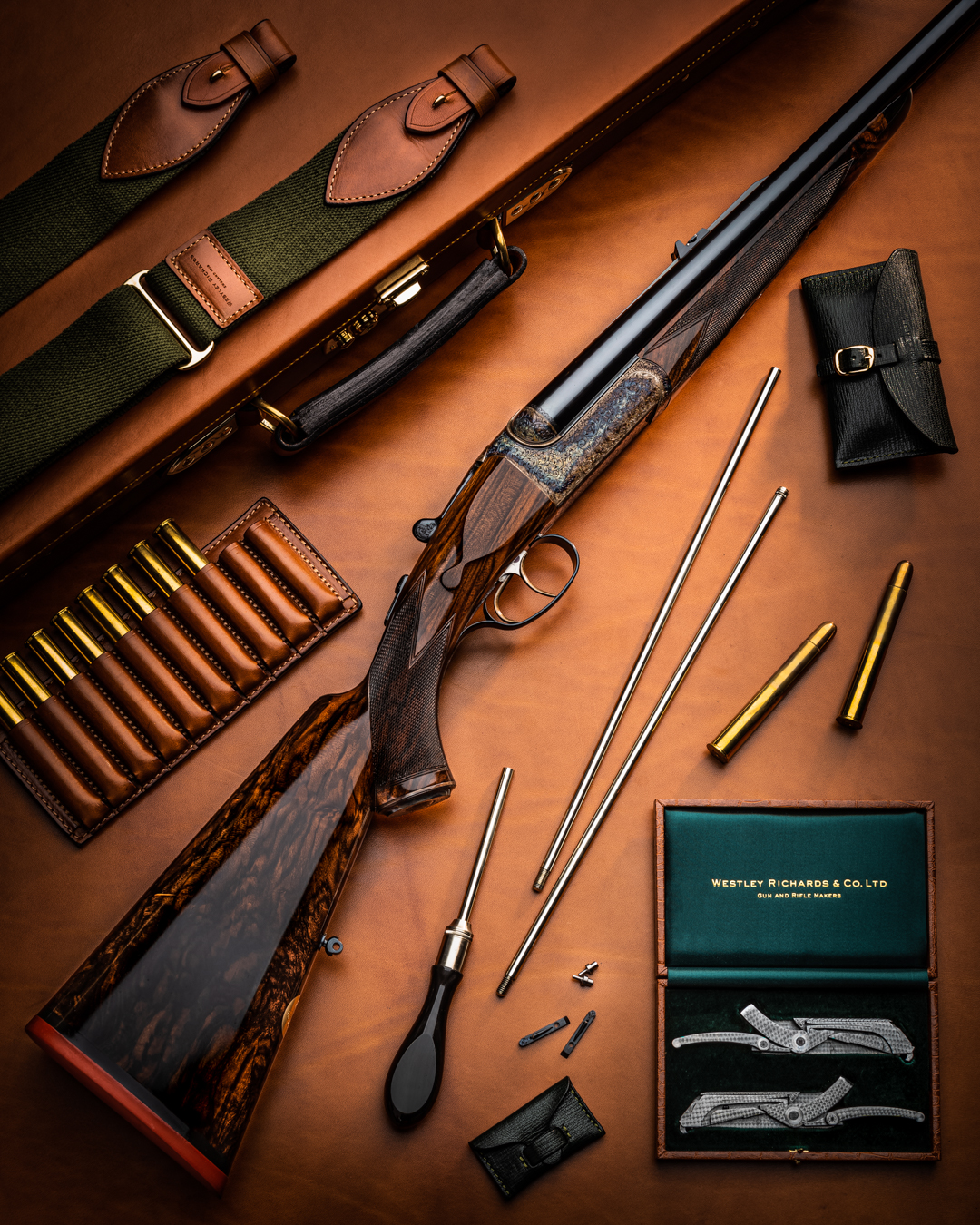 It is always interesting to build a rifle in one of the old, oft forgotten classics and so here we have one of our signature droplock double rifles in the .450 3 1/"4" nitro express cartridge. Now for those of you not familiar with the cartridge, its development can be attributed to John Rigby & Co. and with its launched in 1898 can be said to be the turning point in British big game rifles.

Why, you might ask? Well quite simply this cartridge was the first to use modern smokeless powders combined with steel jacketed bullets that could be propelled at then unheard of velocities delivering phenomenal penetration and considerable energy. Previous to this rifles were mentioned in bore size and anything below 10g being considered a small bore! These old brutes fired lead bullets propelled by black powder which had the rather annoying habit of obscuring the target after the first shot! Real men used 6 bores and bigger for the heavy pachyderms and the rifle could weigh in at a hefty 24lbs! 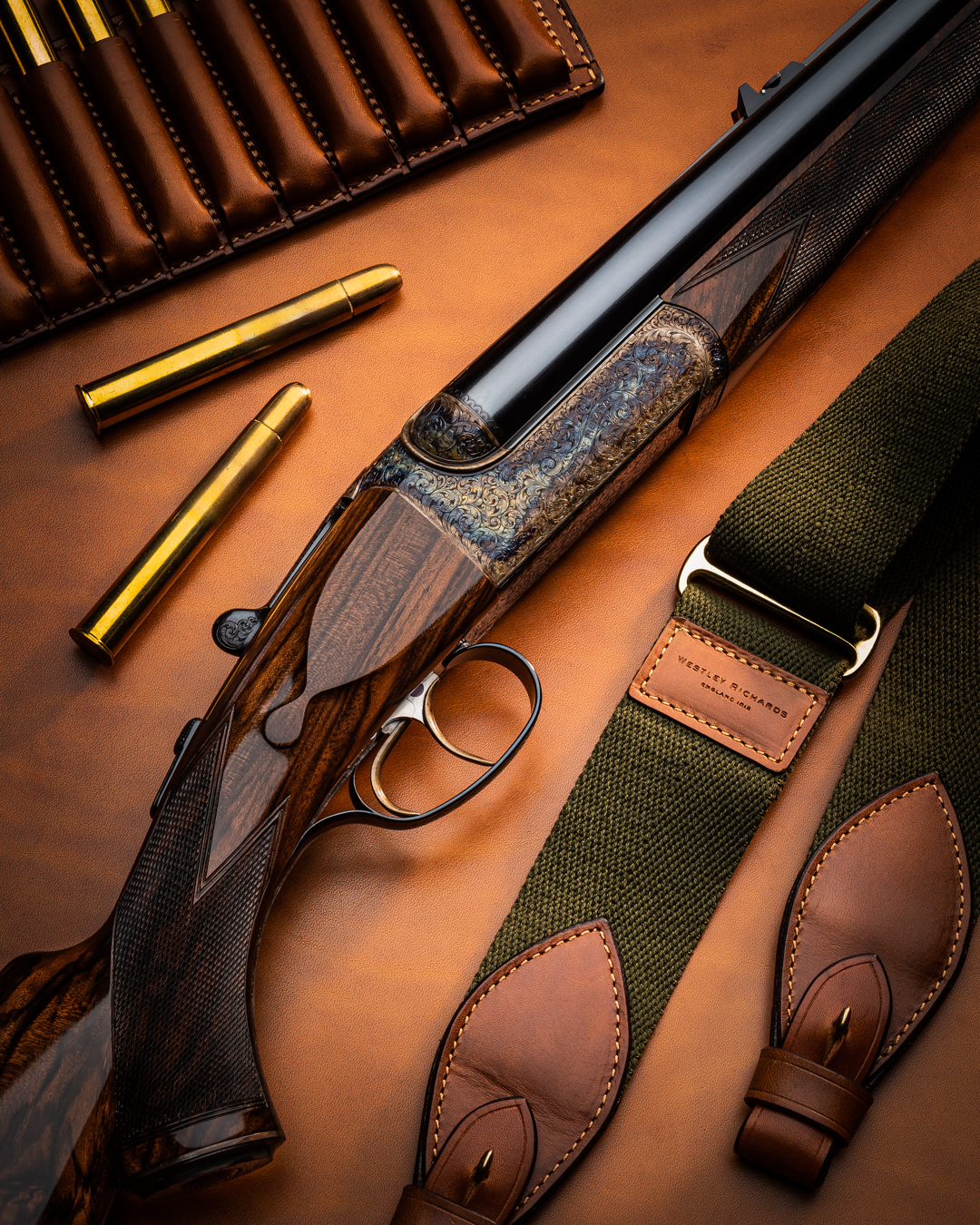 The engraving on this particular rifle was based on a vintage 1950's design that has a deluxe bold scroll full coverage.

The advent of the .450 3 1/4" nitro express completely changed all of that and led to what many, (including myself) believe was the golden age of rifle and ballistics development. 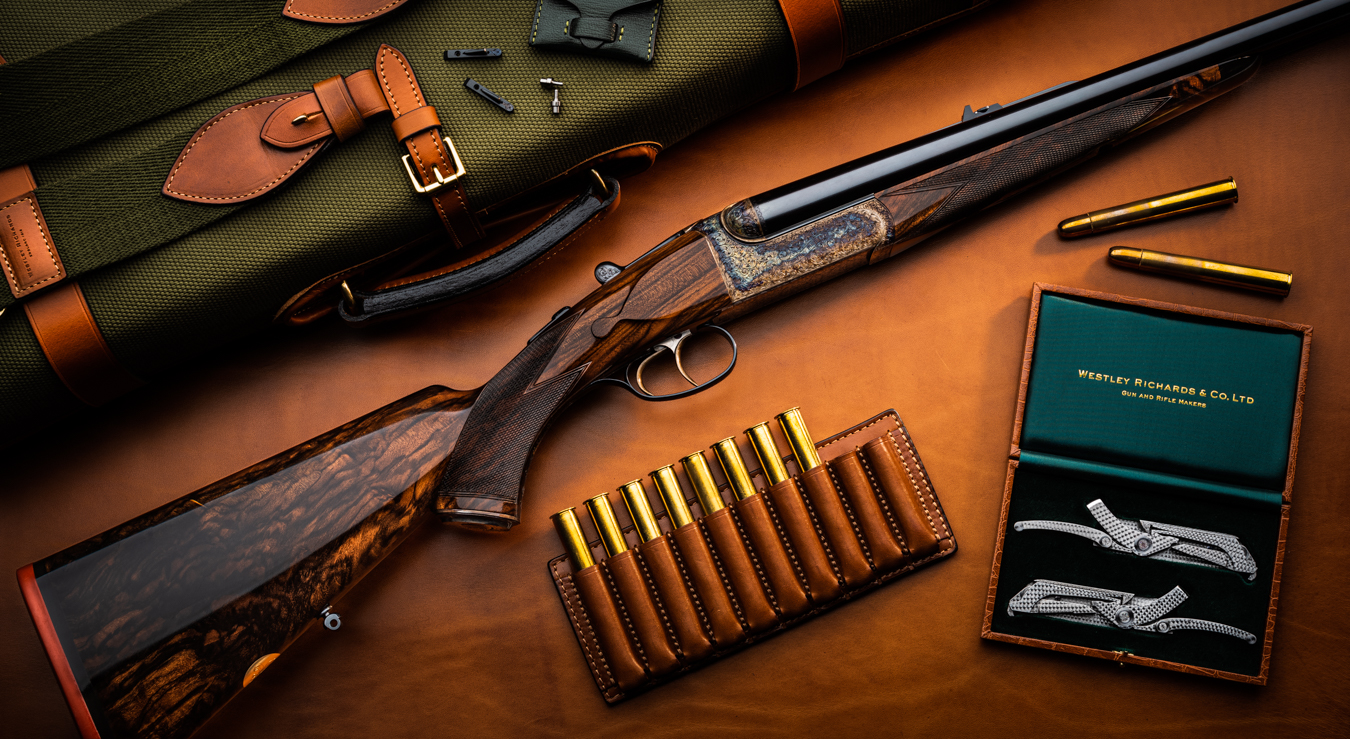 Double rifles could with the advent of the nitro express cartridges be built much lighter and sleeker than the monsters of old. At the same time by some irony Westley Richards iconic hand detachable lock (droplock) action design came to the market place and the rest is 'history' as we say. 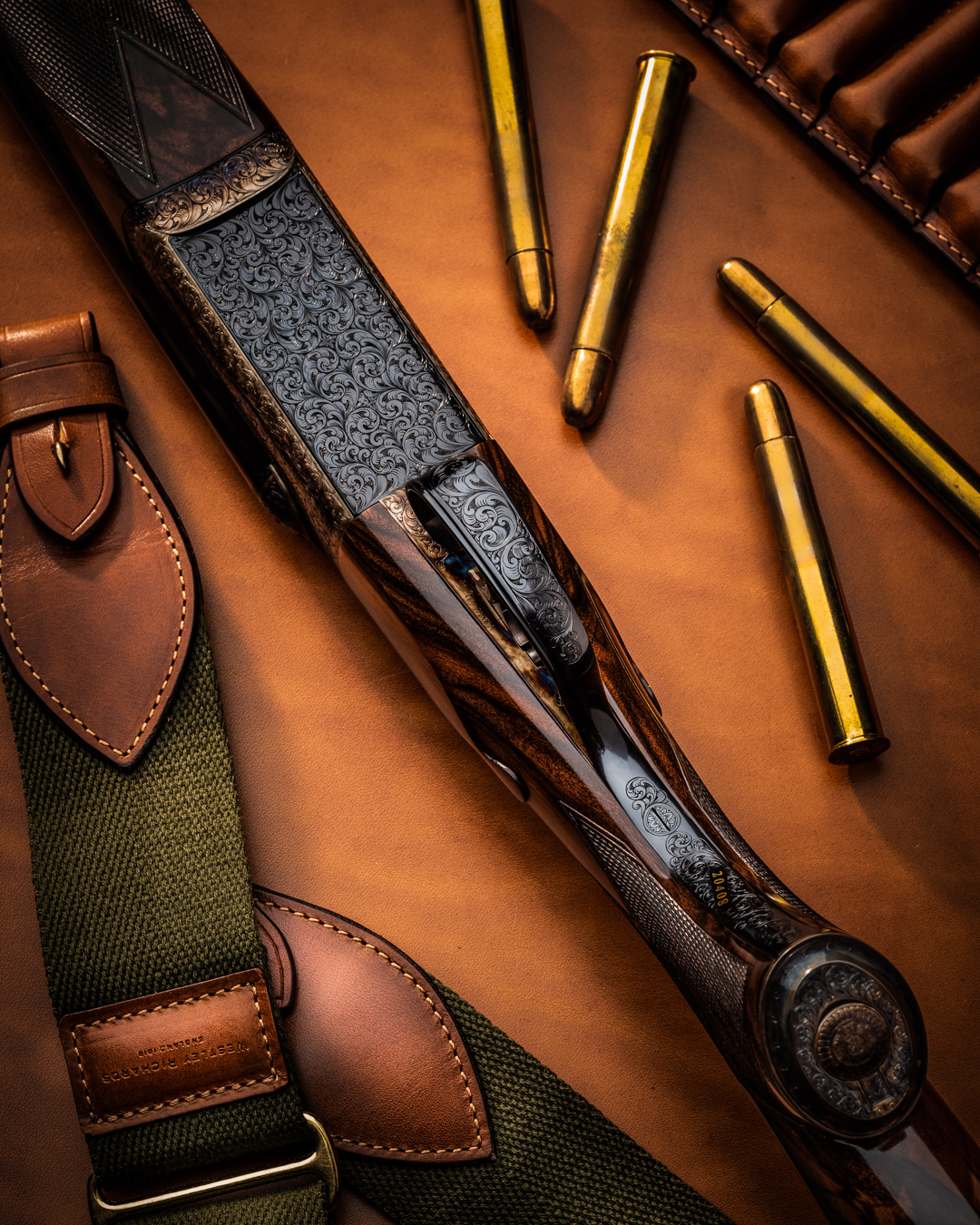 Our latest incarnation using the cartridge weighs in at 10lb 10ozs with 25" barrels, which makes the rifle a comfortable hunting companion. Travel restrictions permitting, the rifle is destined for a trip to Africa in the not too distant future and we look forward to hearing how this cartridge once again performs in the hunting field. 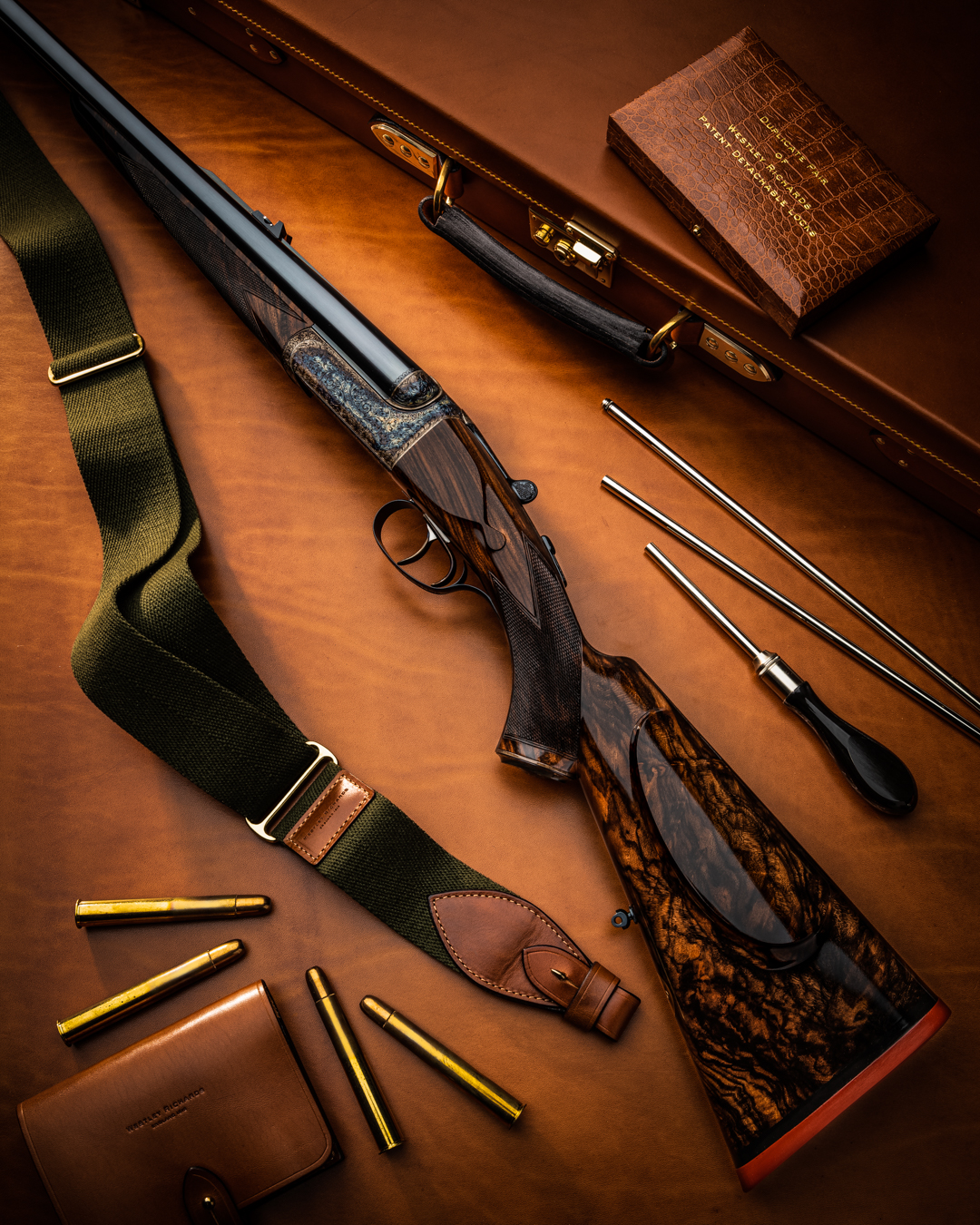