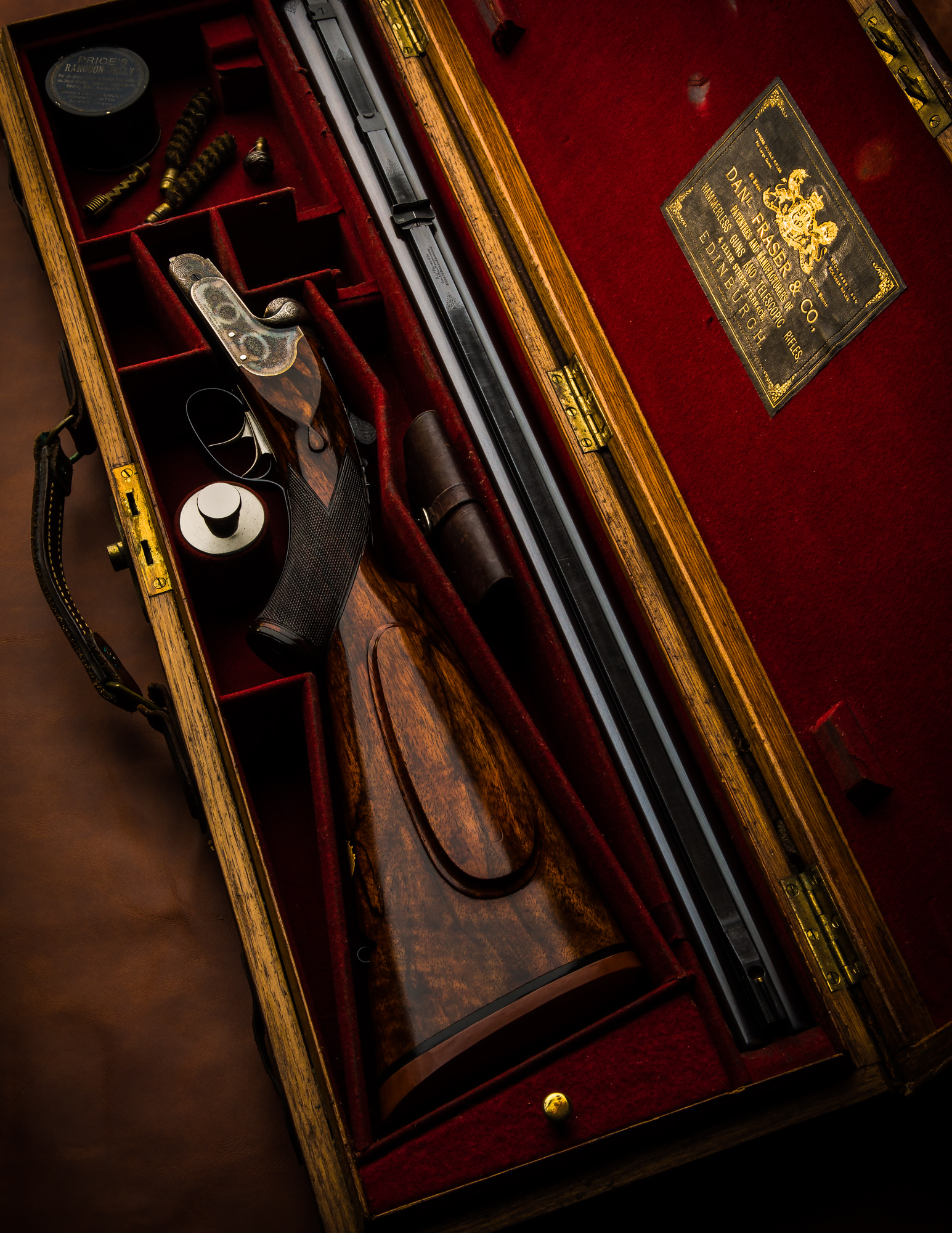 To all great rifle enthusiasts the name of Daniel Fraser should need no introduction. Established in 1878 in the city of Edinburgh, Fraser would become one of the pre-eminent Scottish gun and rifle makers, with particularly emphasis placed on rifle manufacture. Anyone who owns or has ever handled one of Frasers original rifles can only be impressed by the level of workmanship and quality that went into its manufacture.

Take for example the double rifle illustrated here. Built in .475 3 1/4" nitro express calibre, the rifle has the distinctive crescent shaped action, carved fences and wonderful fine rose and scroll engraving familiar to all of Frasers best quality double rifles. Interestingly the rifle is fitted with scope mount bases, the scope itself sadly missing from the case. This same scope mount can be found on Frasers wonderful single shot rifles which seems to indicate that he was a great advocate of the riflescope and its aid to accuracy. How the scope performed under the recoil from such a rifle is anyones guess and perhaps explains its absence! 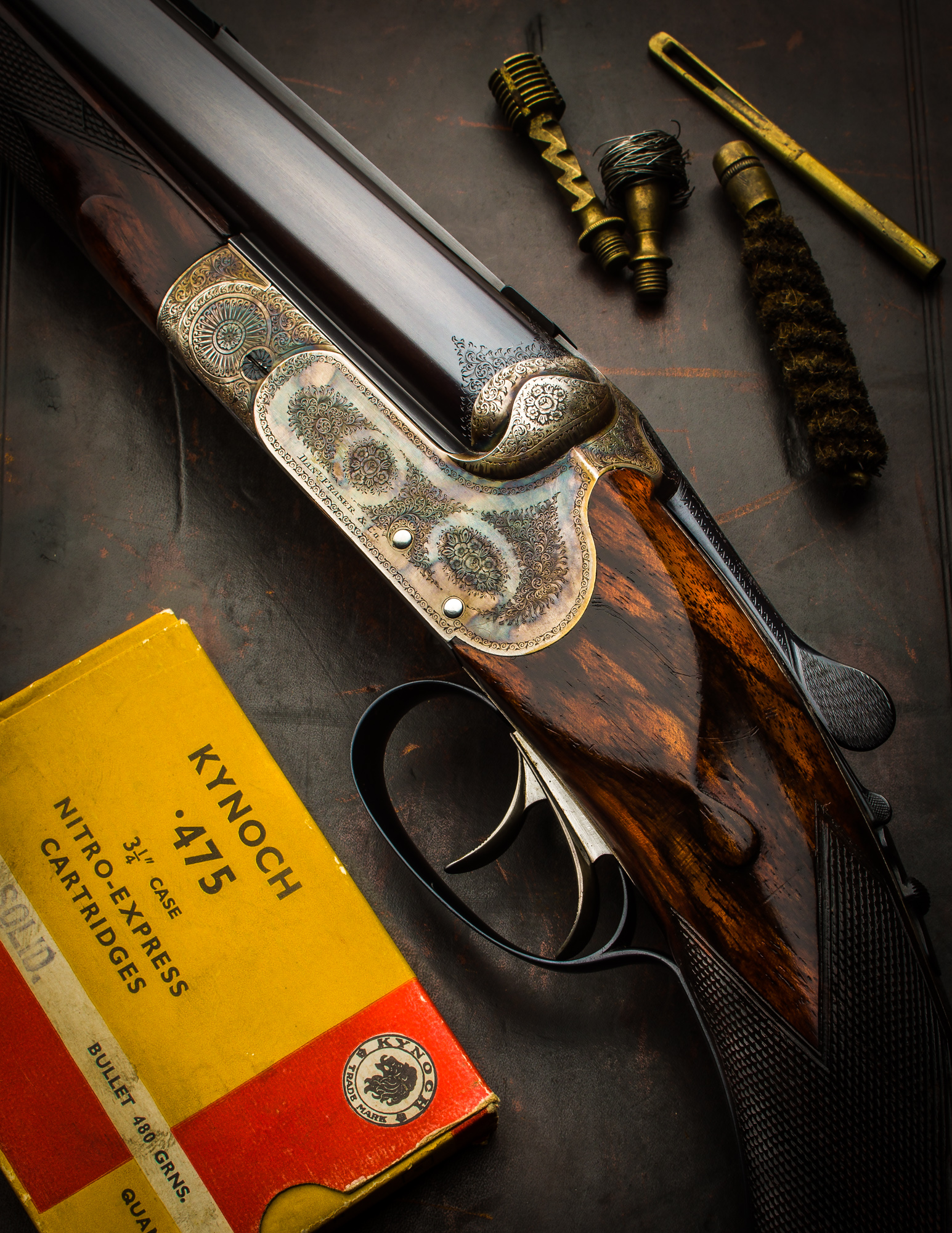 Fraser's business was relatively short lived, as the cost of producing such high grade rifles, coupled with competition from the vast Birmingham manufacturers, sadly led to his closing of the business in the early 1900's. Various family members continued in the gun trade, but the name of Daniel Fraser & Co. vanished until the 1980's when it saw a re-birth and later amalgamation into the Dickson & MacNaughton group, based once again in Edinburgh. Regrettably this year the Edinburgh premises of Dickson & MacNaughton was closed sliding this once great name back into exile. 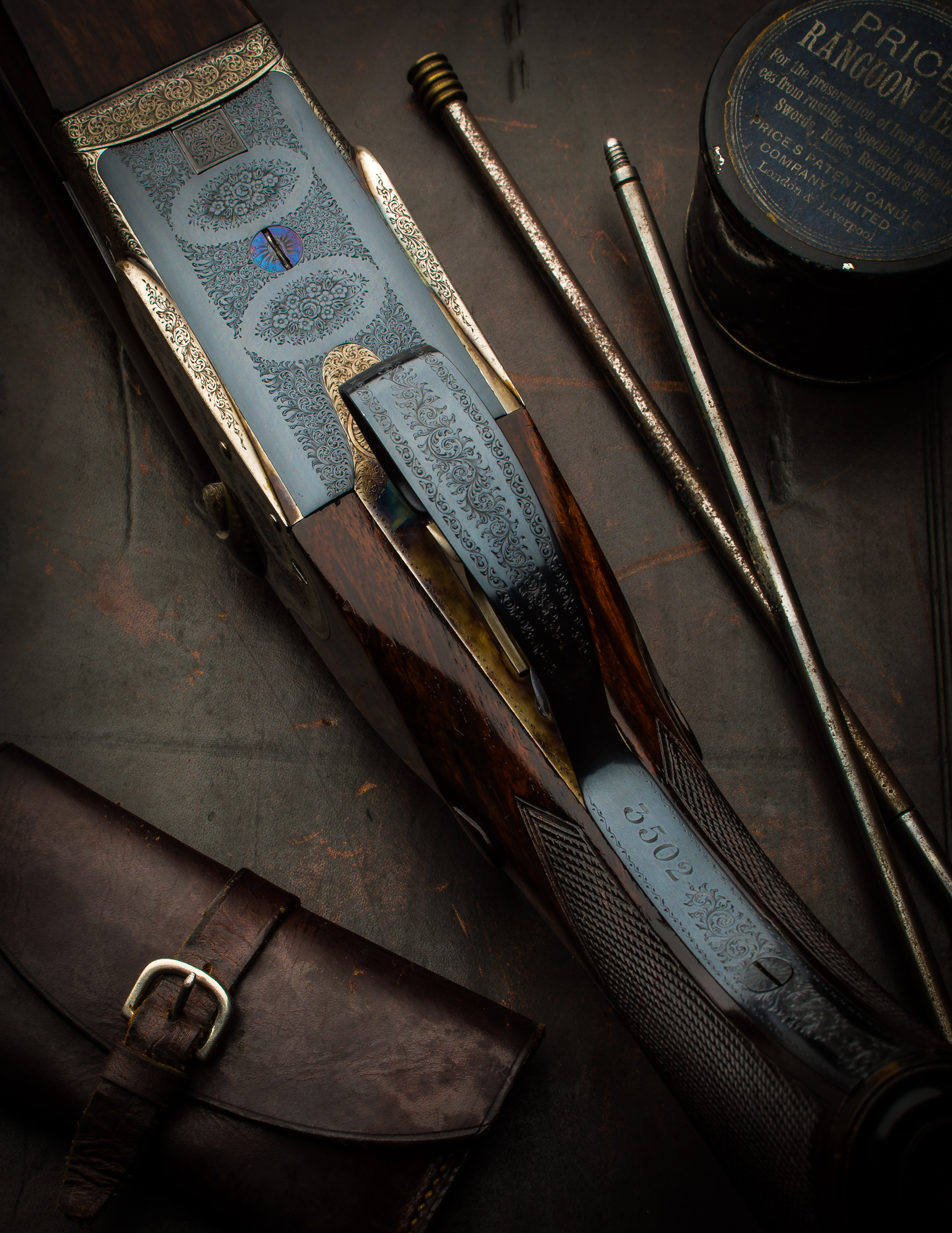 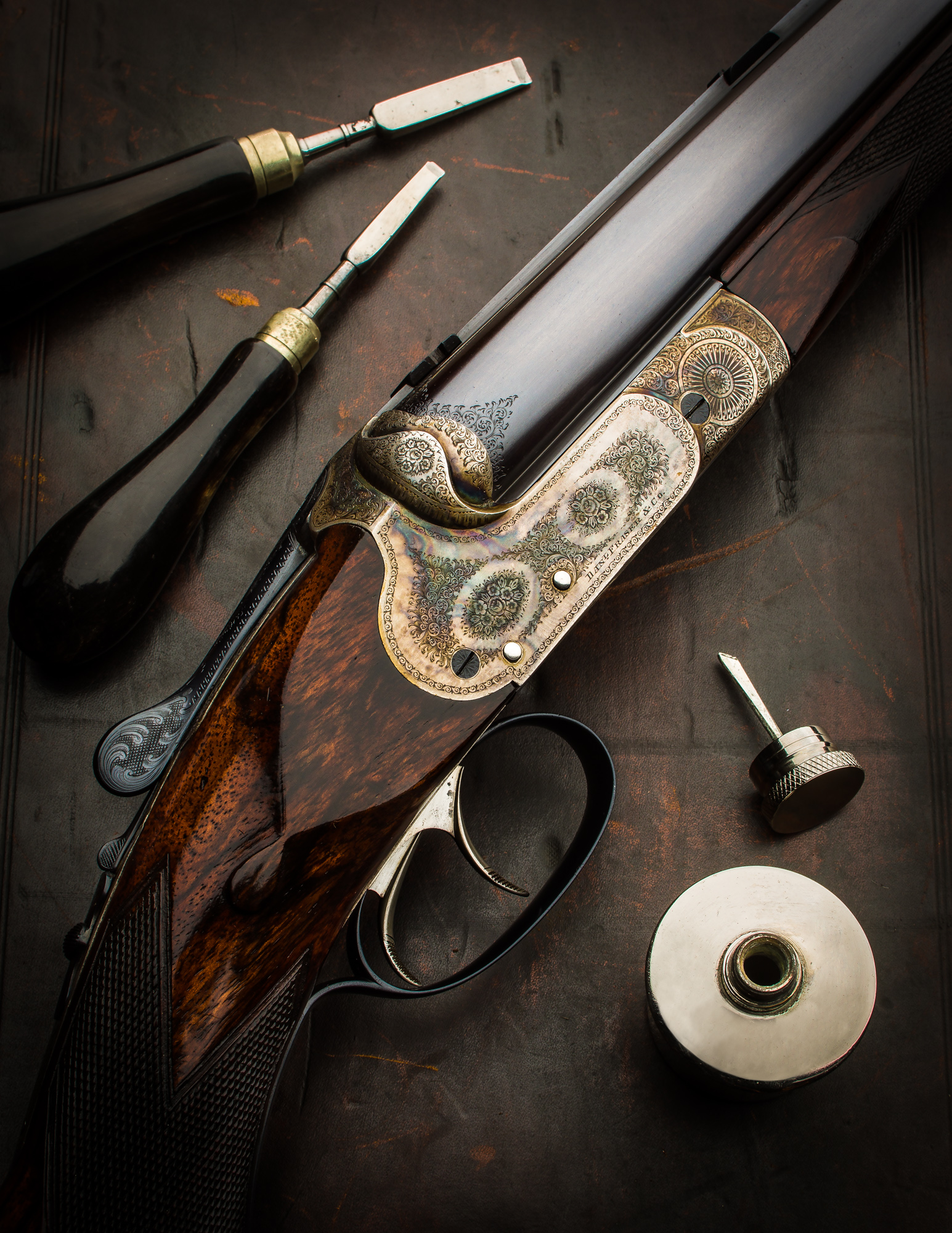