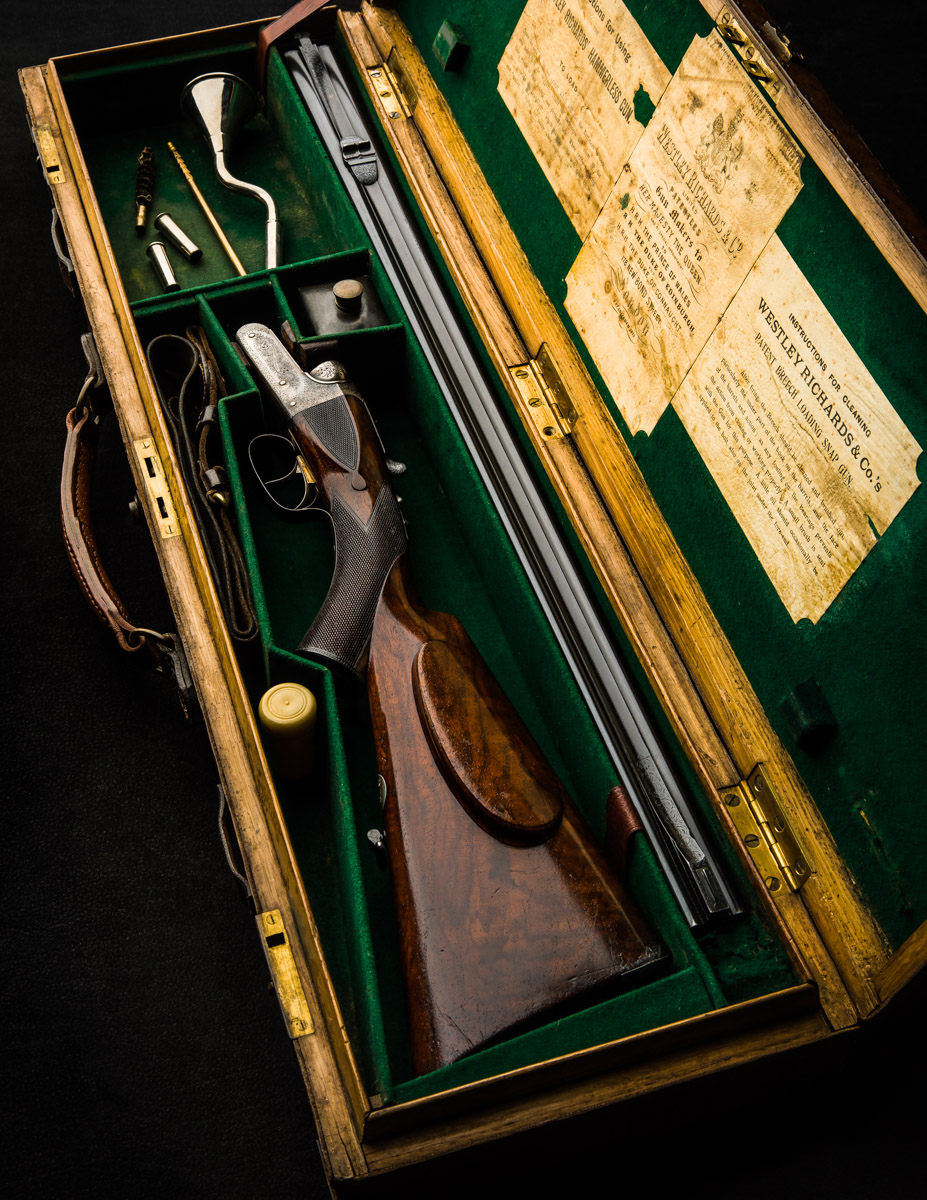 The British .303 cartridge was at one time a favourite choice for the small bore double rifles being built by the great rifle makers of the pre First World War years. Its great benefit was that it was the service round of the British Army which with its vast Empire meant ammunition of some description was always available. The majority of double rifles were regulated for the 31 grain cordite cartridge firing a 215 grain soft point bullet. This was a very effective load on small to medium game, solid nickel bullets were even capable of taking large and dangerous game in the right hands.

All the British makers initially offered the .303, but as each developed their own calibres to feed an imaginative market so the .318, .350, .375 2 1/2" and others started to take a share of the market in small bores. Another theory is the ban on .450 calibre rifles by the British Government in 1907, may have worried makers about the adoption of anything too military based and so the .303 fell out of favour. 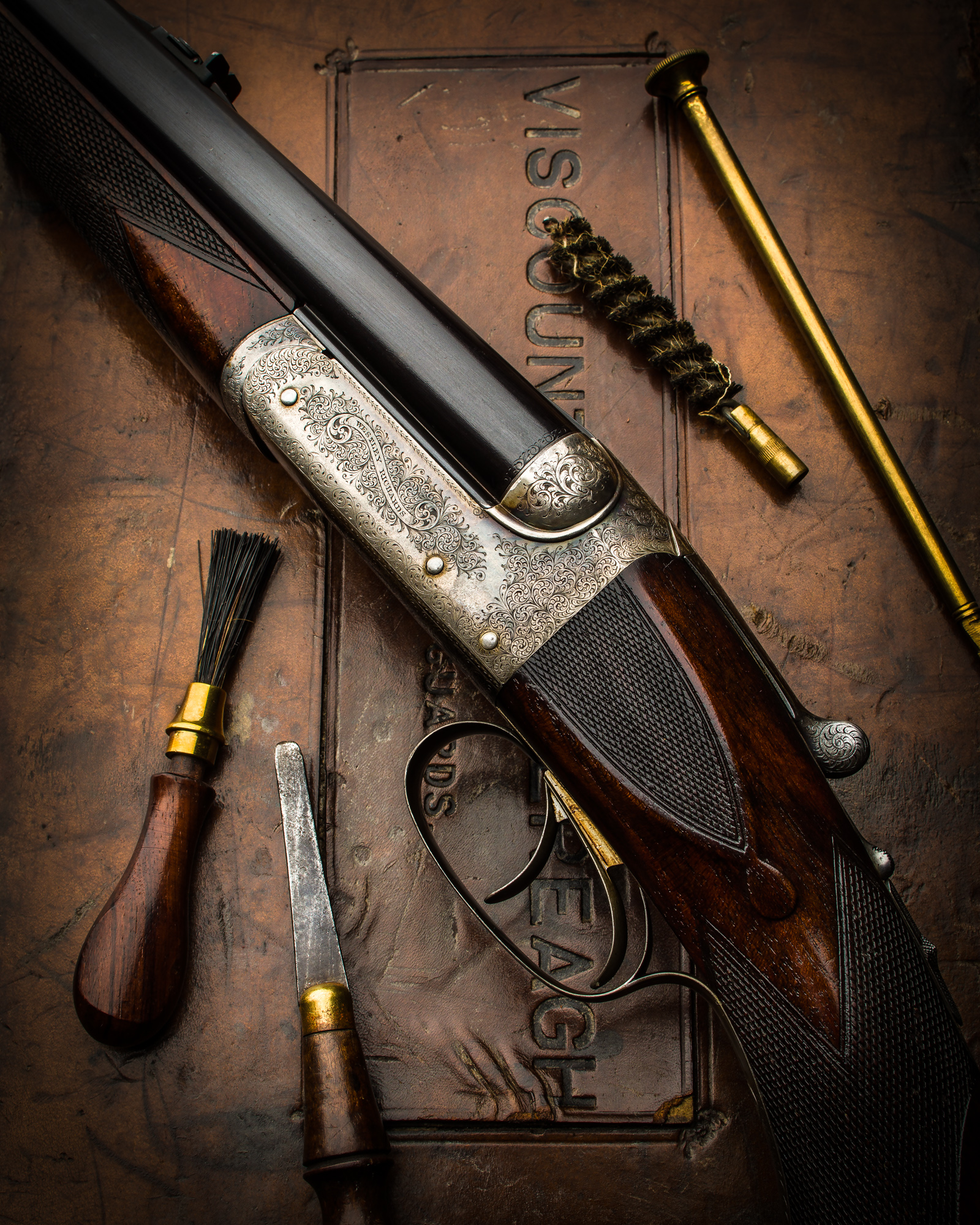 The rifle here is a lovely Westley Richards fixed lock ejector that was completed in 1900 and sold via our London, Bond Street address. Often the giveaway of these pre 1900 rifles is the lovely swamped ribs which have a short raised island holding the express sight as opposed to the later adoption of a full quarter rib. This particular rifle has all the hallmarks of the period, including fine house scroll engraving, checkered side panels and the distinctive Westley Richards kidney cheek piece. The 'bolted' safety is another of those lovely features that existed on many pre-war double rifles built by Westley Richards, H & H and J.Rigby. 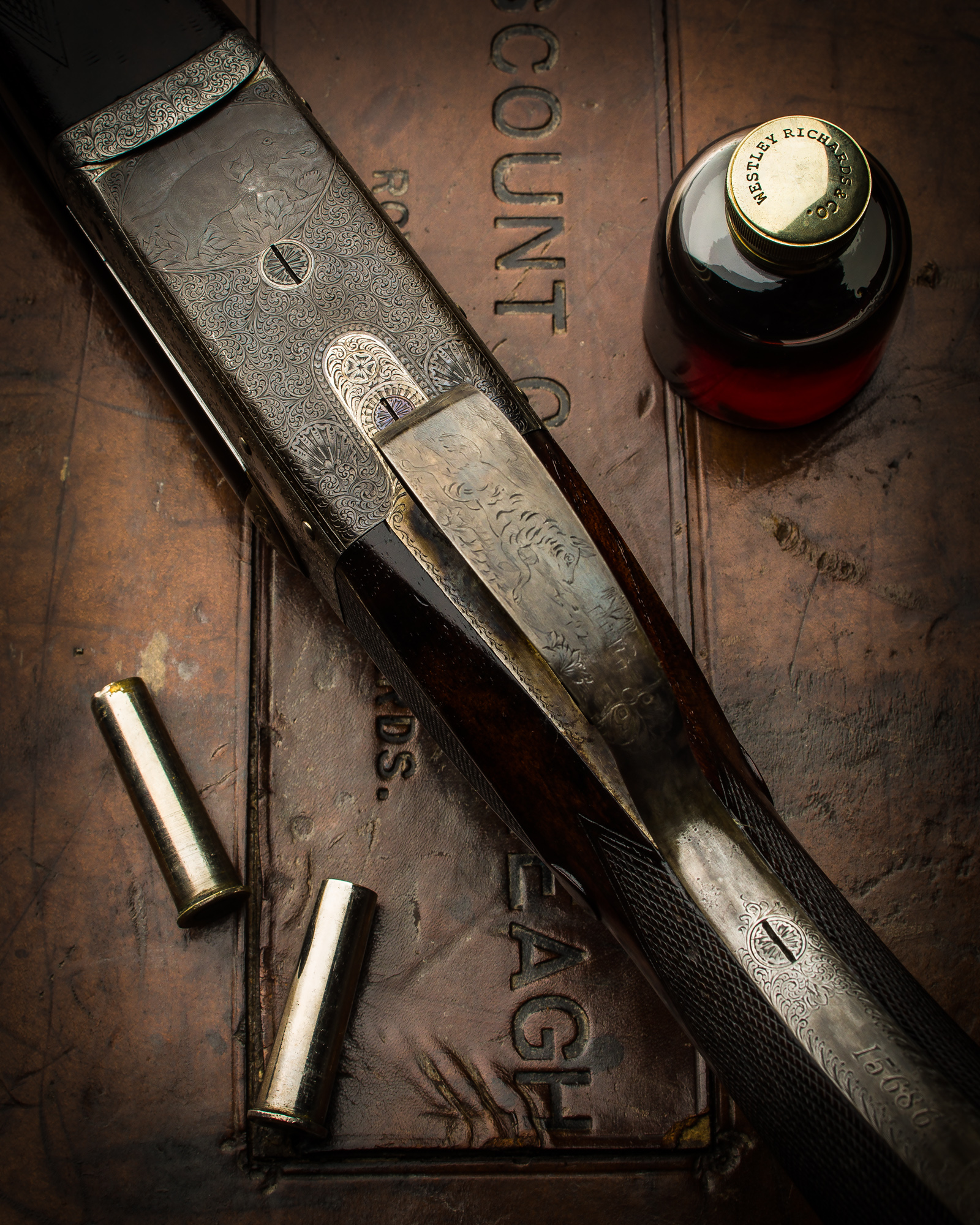 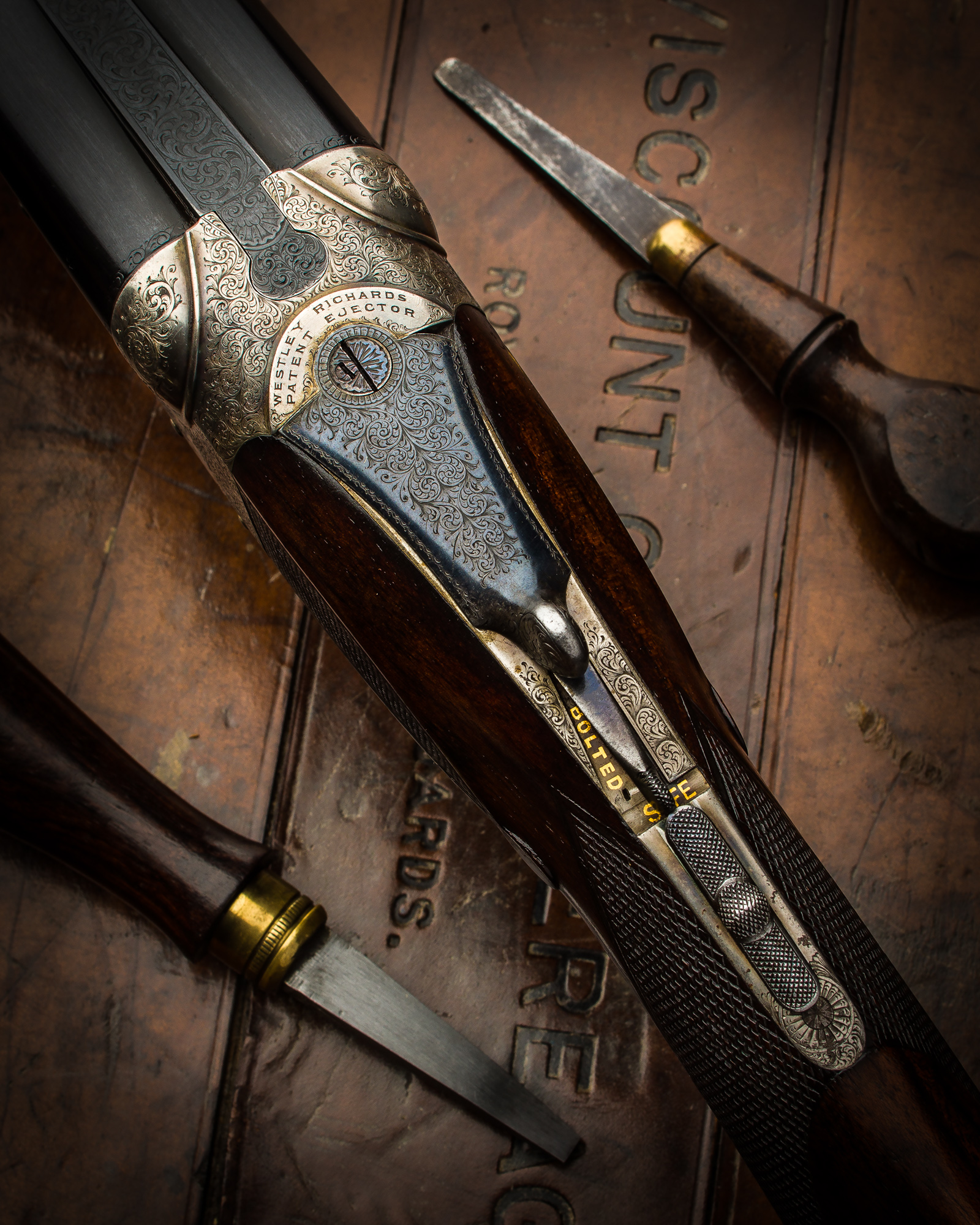 In unmolested condition, complete in its oak and leather case the rifle is another of those classic time capsules that we all like to stumble across from time to time. 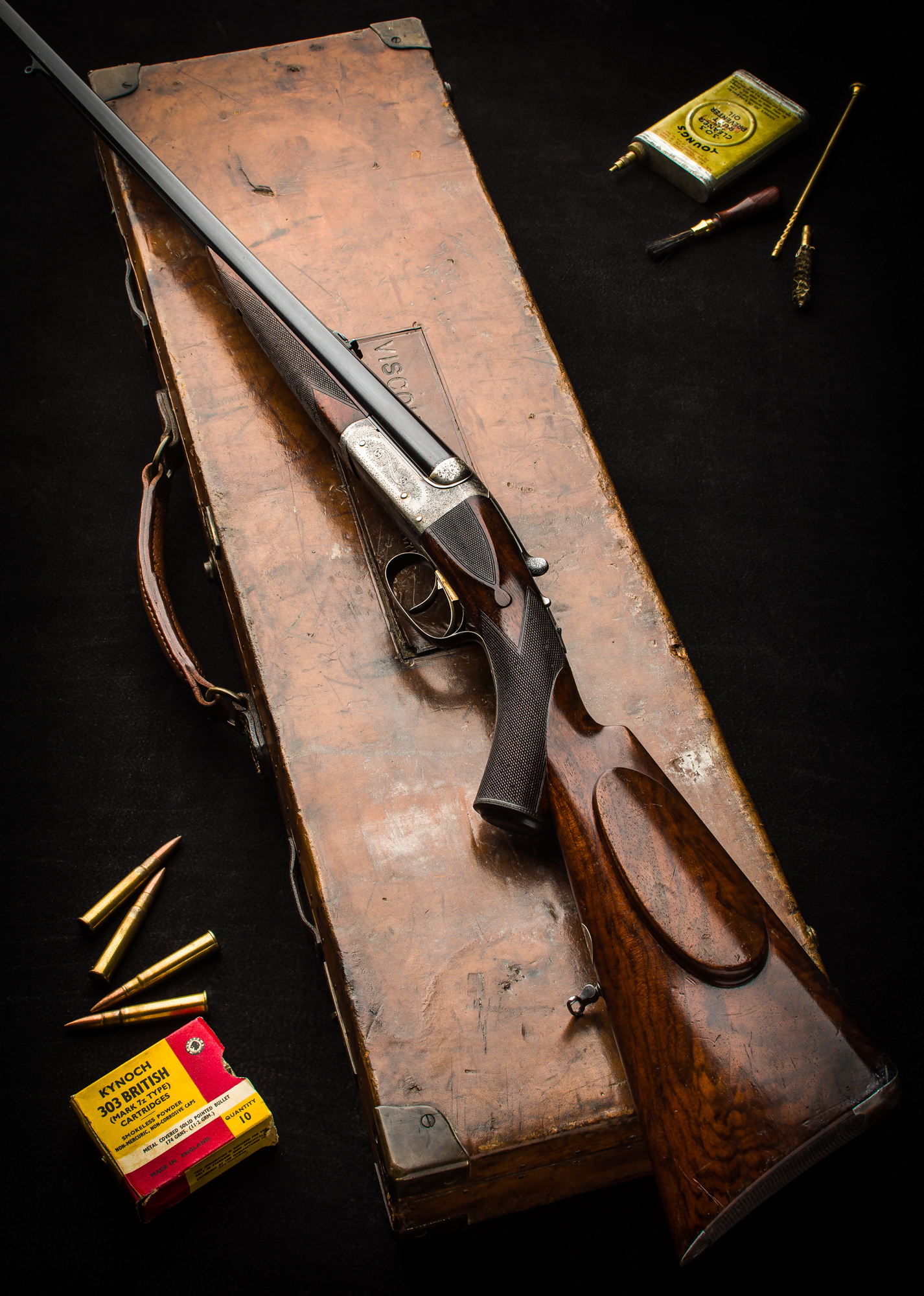