The 'Spy' and other caricatures from Vanity Fair with a shooting theme.

Visitors to our stand at Safari Club in Las Vegas, will have perhaps noticed amongst the framed pictures behind the sofa, there were a few of the Vanity Fair hunting related caricatures. One of our clients was interested in a set and having found them I thought I would share before posting off! 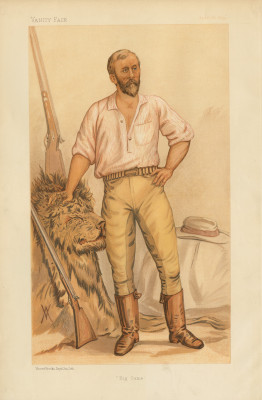 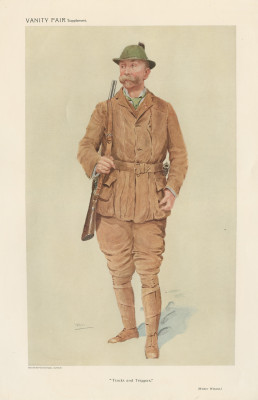 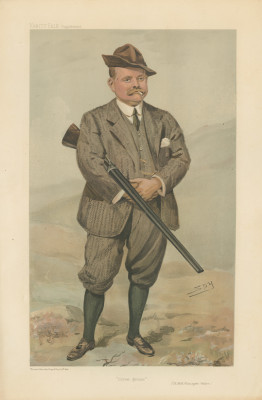 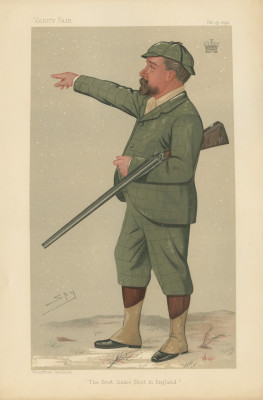 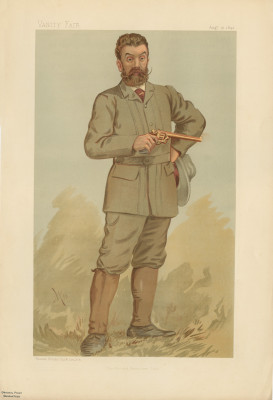 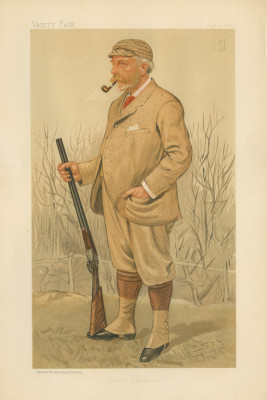 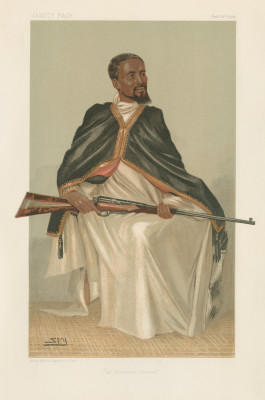 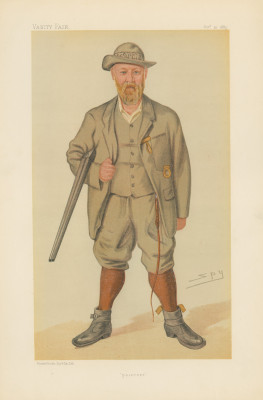 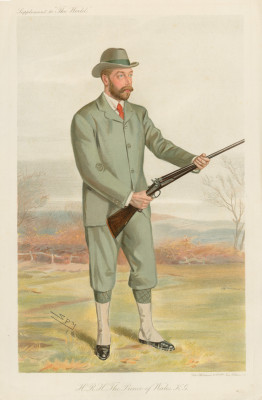 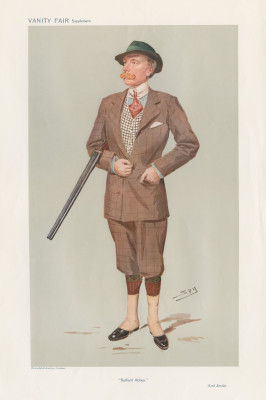 Vanity Fair's reputation and legacy did not rest exclusively on its political views, weekly columns, special articles and its prose style. Its popularity in the nineteenth century and its influence on British journalism are in no small part to be attributed to the caricatures. Like all other features in Vanity Fair, they were conceived by Thomas Gibson Bowles who, in early 1869, brought to his struggling magazine an unprecedented design and style of colour illustrations.

On 16 January 1869, Bowles announced that since the literary offering of Vanity Fair had received so much favour, it was now proposed 'to add to them some Pictorial Ware of an entirely novel character.' Two weeks later, on 30 January 1869, the now famous caricature of Disraeli appeared, the first of over 2300 caricatures published in Vanity Fair. It was drawn by Carlo Pelligrini, using the nom de crayon 'Singe,' which he shortly thereafter angilicized to 'Ape.' Gladstone came next, followed by numerous dignitaries, including foreign Royalty, Earls, Lords, Bishops, politicians and a few women of social position or notoriety. This list was later extended to include such diverse characters as judges, journalists, criminals, sportsmen, artists, actors and Americans.

At first some people were reluctant to be seen in the pages of Vanity Fair. However, as the popularity of the caricatures grew, they became less hesitant. In succeeding years, it became a mark of recognition to be the 'victim' of one of the caricaturists hired by Bowles. 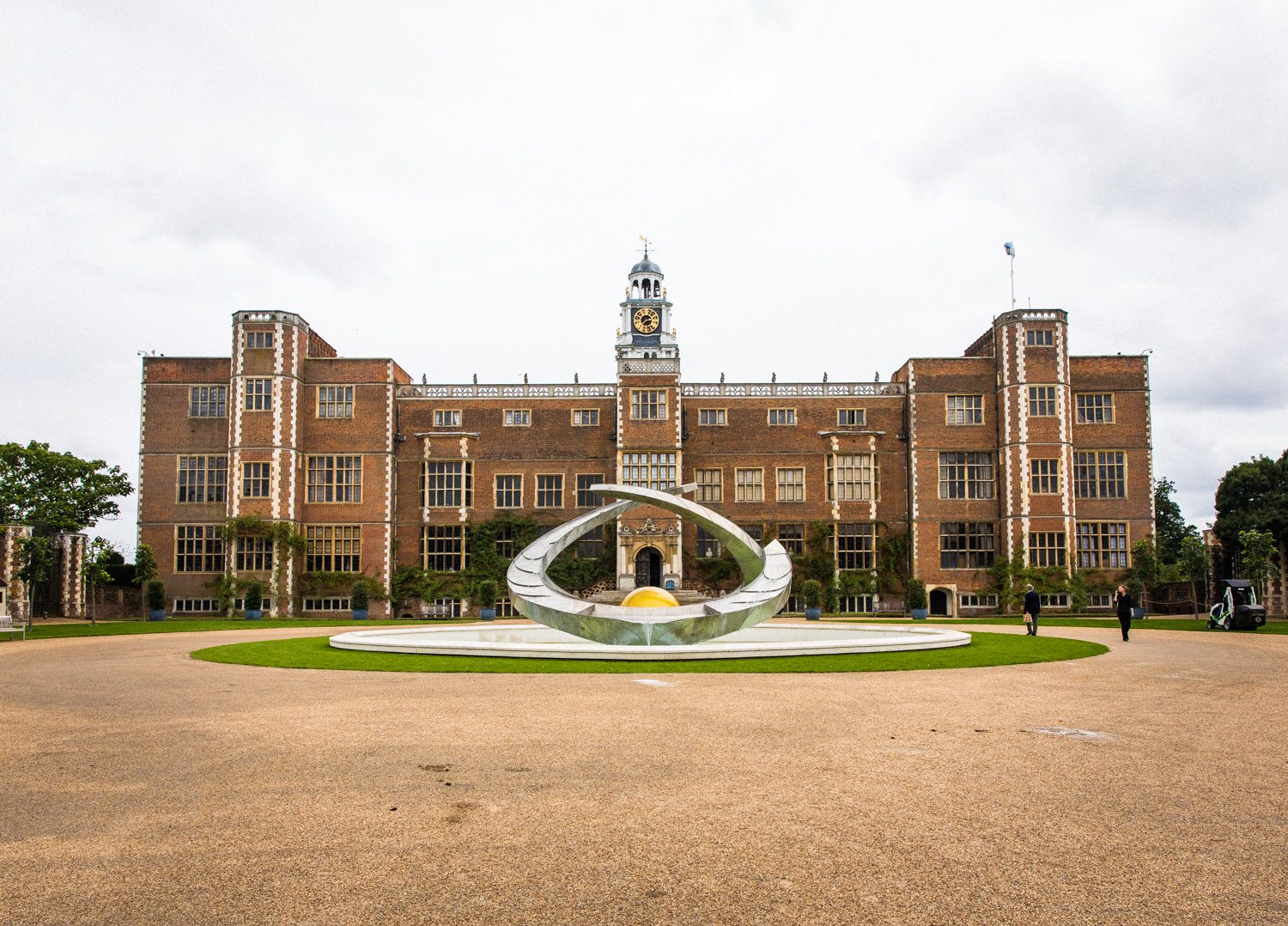 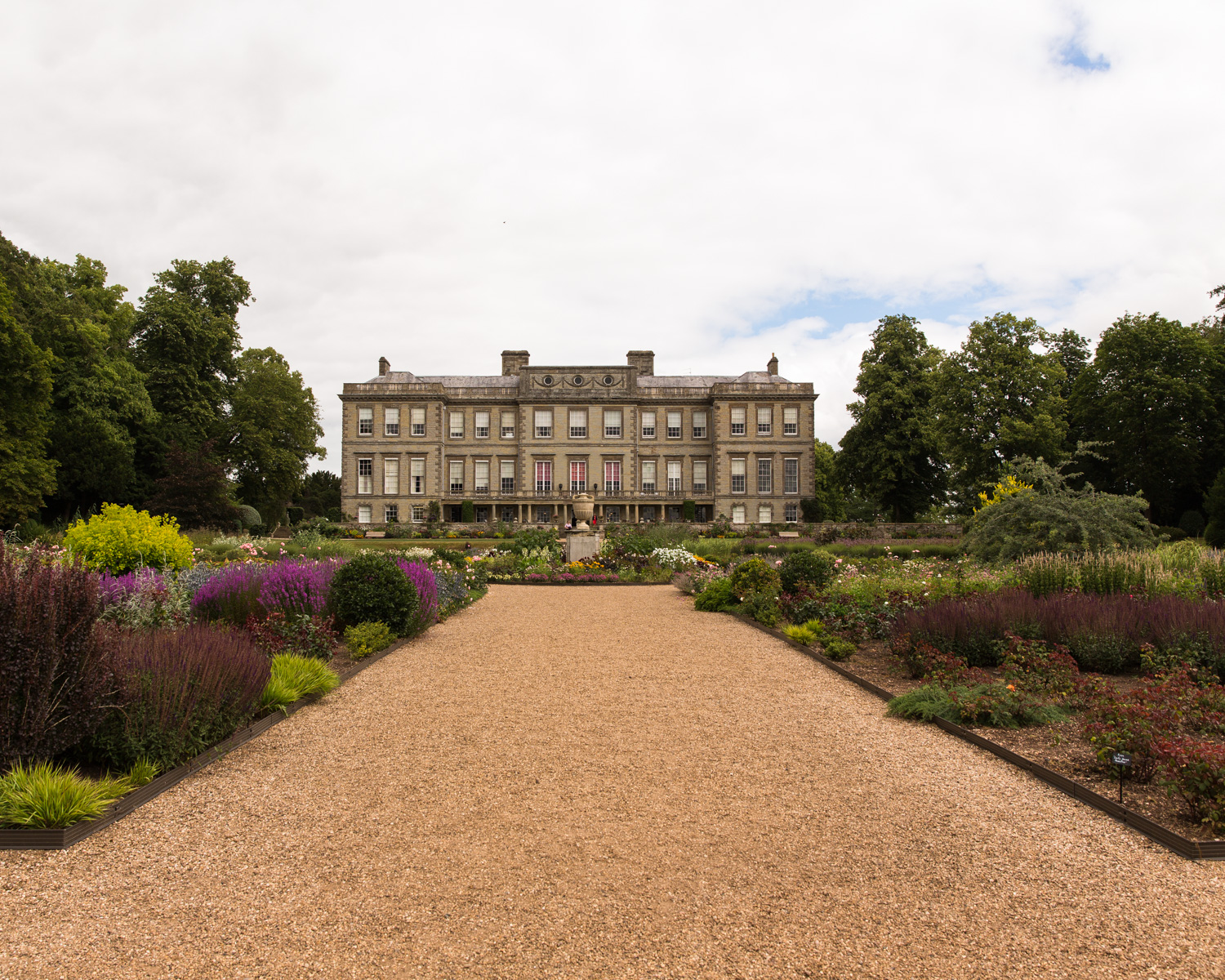