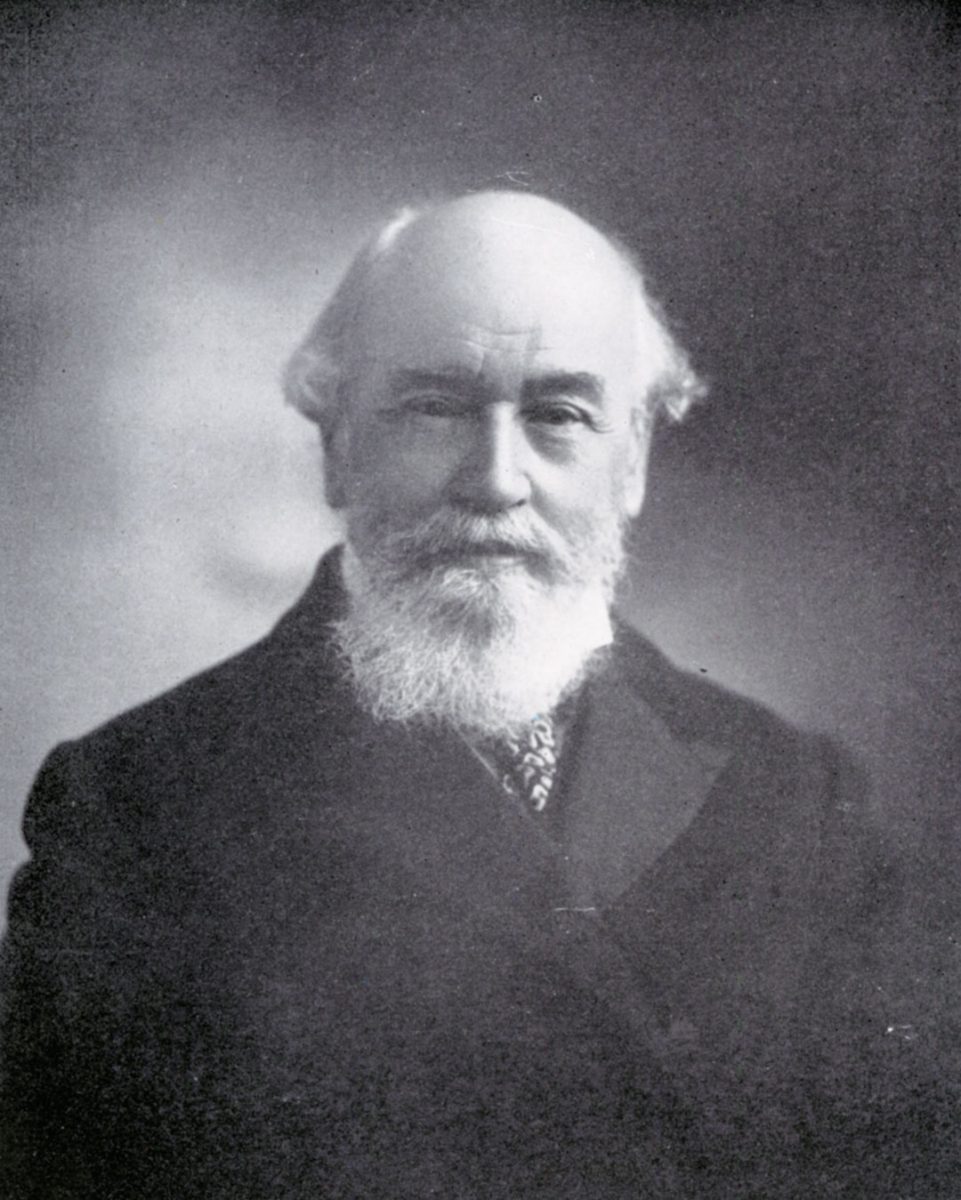 John Deeley the Elder, born in 1825, was managing Director of Westley Richards & Co. from 1872 to 1899. He joined W.R. & Co. in 1860 when Westley Richards the Younger was starting to patent some of his most important developments in firearms and five years before William Westley Richards, the founder, would pass away. Mr. Deeley hired on with one of the most innovative gunmakers of the day and, in the same spirit as his predecessors, would eventually leave his own indelible mark on gunmaking.

In his first important post with the firm, before becoming Managing Director in 1872, Mr. Deeley took over the position of Westley Richards’ half-brother, Charles, as the company’s commercial manager and director of affairs. In this role Mr. Deeley began the expansion of the firm’s dealings in India and Africa that would become a large part of the company’s future success. In addition, the same year he was appointed MD of W.R. & Co., he was given a seat on the board of directors of the National Arms and Ammunition Co., Ltd. (NAAC Ltd). This firm was a restructuring of the Westley Richards Arms and Ammunition Co. Ltd. (WRAAC Ltd) started by Westley Richards the Younger a couple of years earlier. NAAC Ltd. was formed in response to a Prussian order of 75,000 Model 1871 Mauser rifles and 100 million rounds of ammunition. Clearly, Westley Richards & Co. was one of the leading firearms and ammunition manufacturers in England in the mid-19th century and Mr. Deeley was involved in all aspects of the company’s management during this time.

In addition to his business acumen, Mr. Deeley must have had a knack for design and invention. While not a formally trained engineer, Mr. Deeley tirelessly studied gunmaking and applied his knowledge and natural skill to the improvement of firearm design. He took out three patents by himself, each one an “improvement” on a present design. 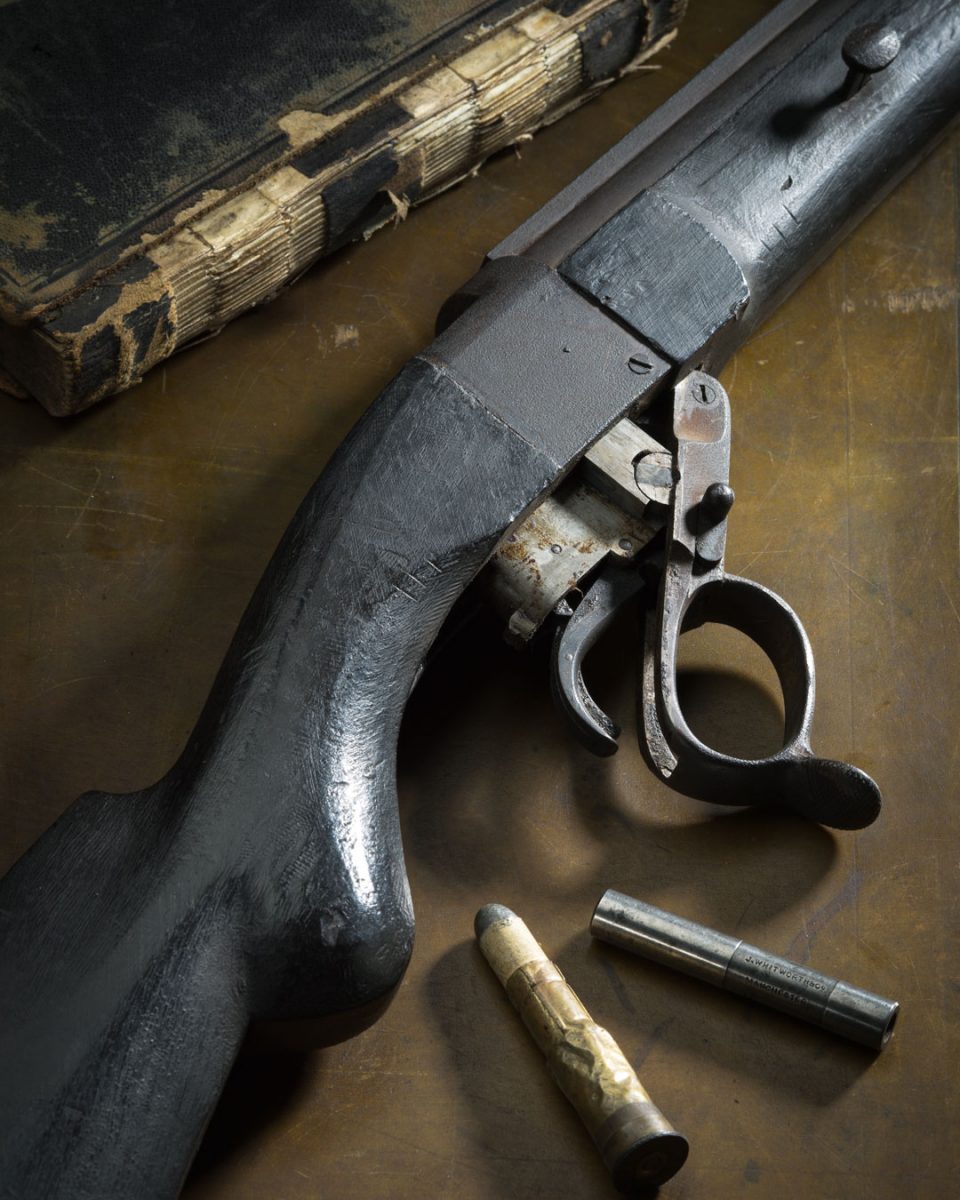 However, most of the patents that have Mr. Deeley’s name attached to them were taken out in conjunction with other employees of Westley Richards & Co. Four of these patents were taken out with the foreman of the sporting and military rifle department, James S. Edge. Their first covered both the new Deeley-Edge rifle, a sliding block, breechloader, and a new type of forend catch (Patent 1422/1873). The Deeley-Edge rifle is a bit obscure now, highly regarded among collectors. However, the Deeley-Edge forend latch covered under this same patent, has been a hallmark feature of Westley Richards' double guns and rifles ever since. Their other three patents together also covered breechloading rifles. 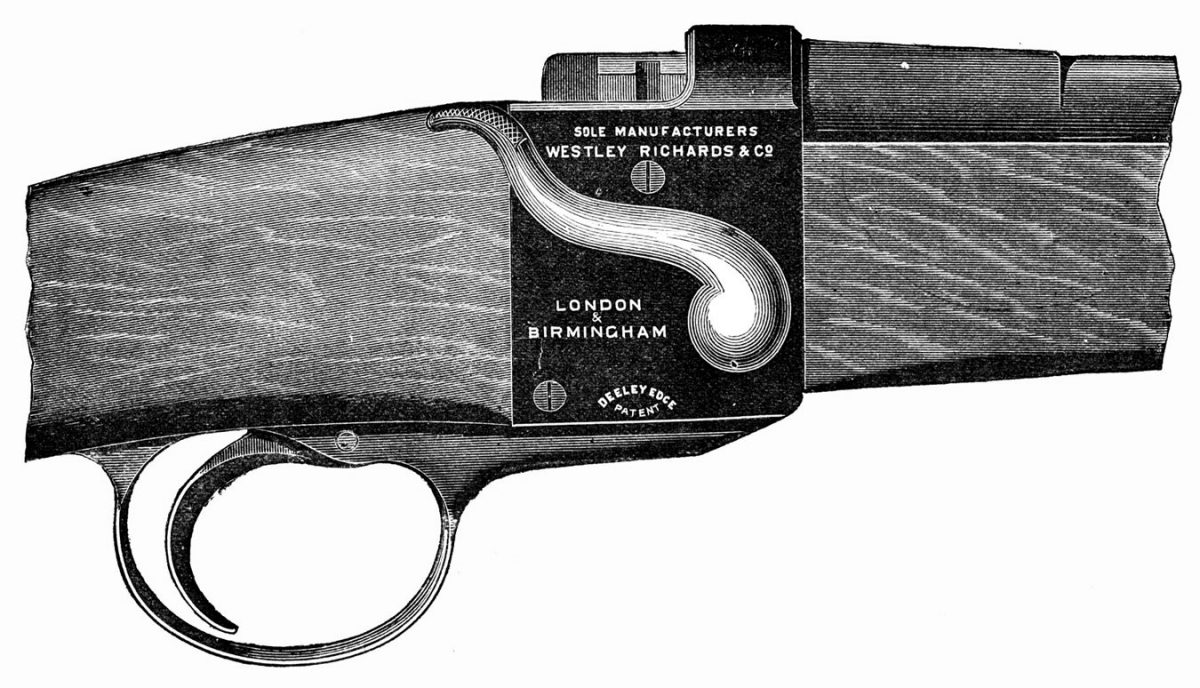 Illustration of the Deeley-Edge-Metford rifle 1881.

Mr. Deeley’s son, John Deeley the Younger, also worked for the company and is the Deeley responsible for the original Deeley “box” ejector. Essentially a self-contained pair of miniature locks, the design was simple and robust and could be produced as an individual component, requiring just minor fitting to install in a gun or rifle’s forend, speeding up overall gun production. His patent was taken out in 1884 (Patent No. 14526) but later improved by his father with patent 4289/1886 and later in a co-patent with an action maker also from Birmingham, F.J. Penn; Patent No. 6913 of 1888.

Mr. Penn and Mr. Deeley would collaborate on six patents in all. In addition to perfecting the Deeley forend latch, one of their most noteworthy patents was the Westley Richards & Co. Single Trigger for Double Drop down Guns (No. 21346/1895). This trigger was one of the very first successful single triggers, following John Robertson’s landmark single trigger (Patent No. 4369/1894). The Penn-Deeley Single Trigger became one of W.R. & Co.’s most touted options, available on guns and rifles alike, and a common feature on the firm's best guns. 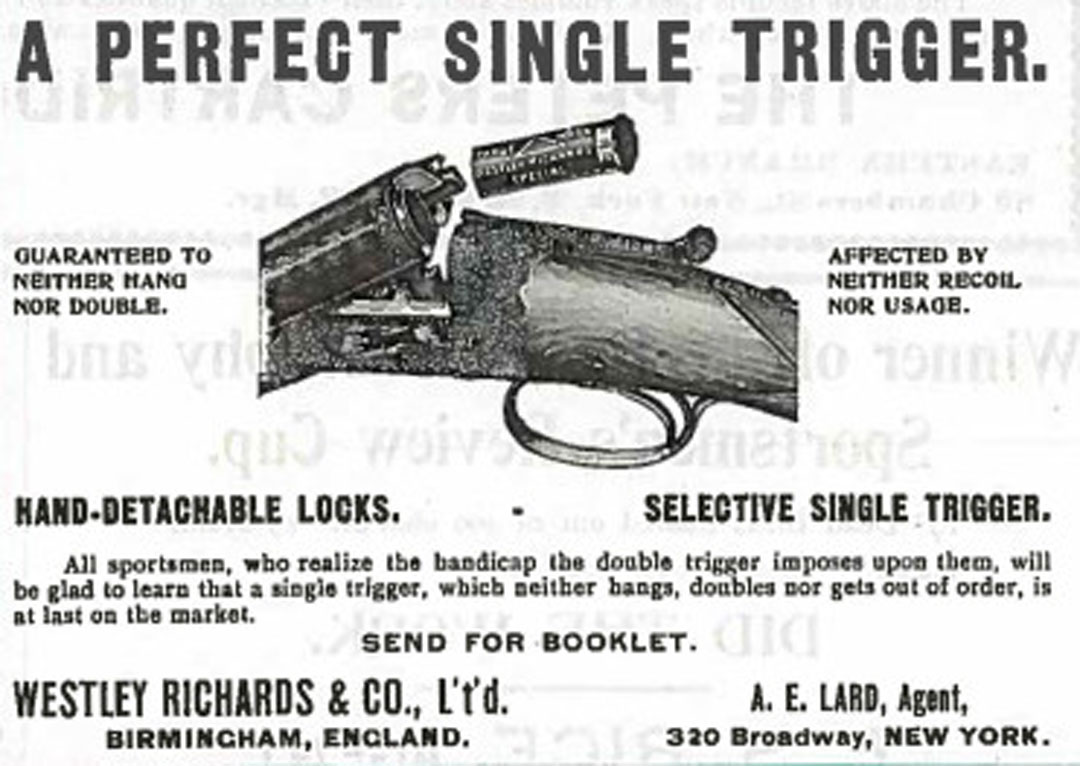 Eighteen patents in all are associated with Mr. Deeley and among them is one of the most influential patents in double gun history, the Anson & Deeley Hammerless action. Known as a “boxlock”, Patent No. 1756 of 1875, was taken out with the foreman of Westley Richards & Co. gun-action department, Mr. William Anson. This revolutionary design did away with hammers exposed on the outside of the action, both simplifying the action and strengthening it at the same time. The lock work consists of only a cocking lever (e.g., lifter), mainspring, tumbler, and sear and only two pins, one for the tumbler axle and one for the sear. In addition, the design incorporated the principal of cocking the locks with the fall of the barrels. Meaning, when the gun is opened and the breeches are exposed by lowering the muzzles, the downward motion pushes down on the exposed lifters that protrude through the action knuckle and fit into corresponding slots on the forend iron. In turn, the rear of the lifters lifts the front of the tumblers, compressing the mainspring as the tumbler is rocked back into bent. This concept became virtually universal in subsequent designs of breechloading guns with drop-down barrels.

Like the Deeley “box” ejector, the A&D action was a simple and very durable design that lent itself to mass production. The parts were relatively easy to make and assemble and the simplicity of it meant it could still operate with looser tolerances and rougher internal finishes. This allowed the gun to to be made serviceable without a lot of expertise or skill. For all these reasons, the A&D boxlock is the most copied side-by-side action in the World. 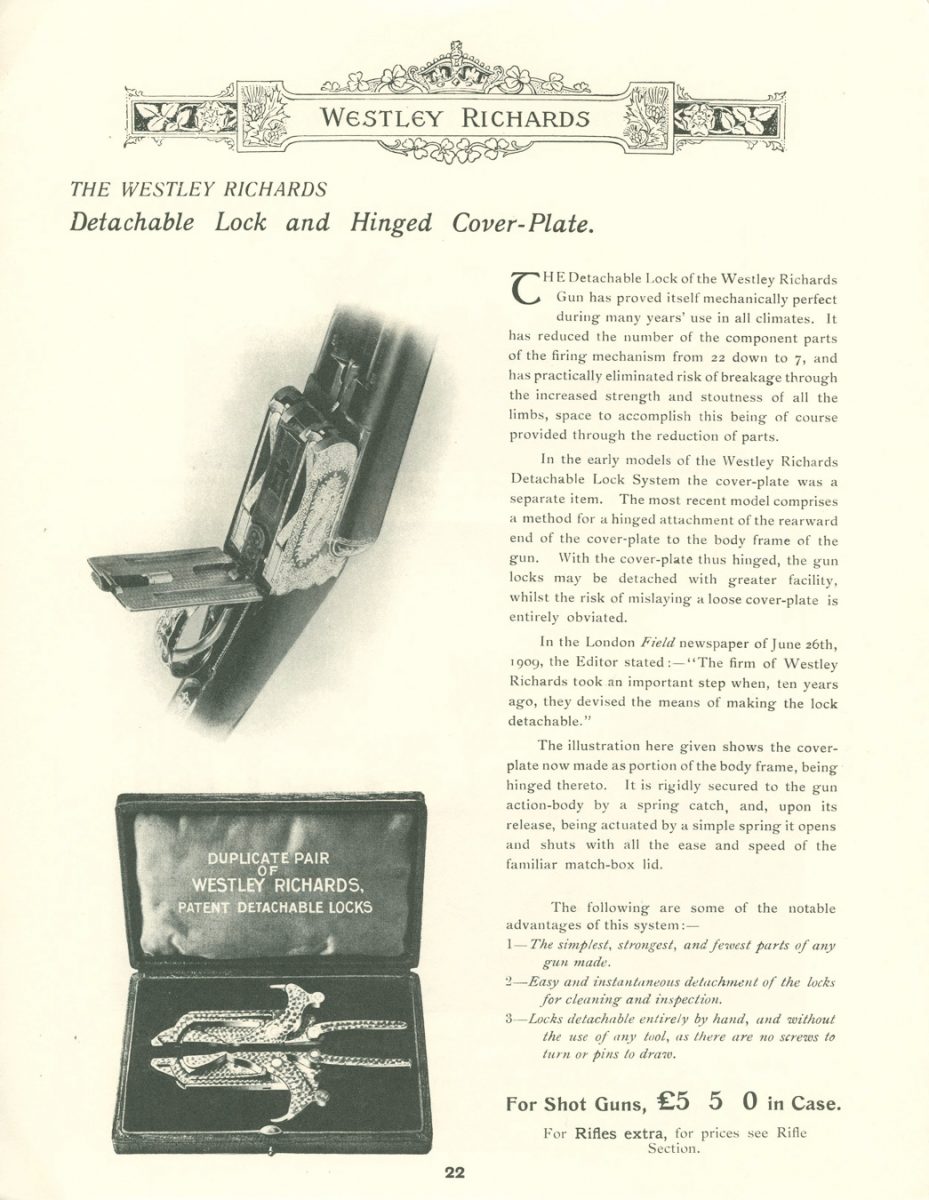 The last patents Mr. Deeley was associated with were also some of the firm’s most iconic. Patent No. 17731 was taken out in 1897 with Mr. Leslie B. Taylor, W.R. & Co.’s works manager at the time and later Deeley’s successor as the firm’s MD. This improvement to the A&D fixed lock action mounted the lock work on two individual metal plates which fit into longitudinally milled slots in the bottom of the action. This eliminated the pegs that the lock work is mounted to in the fixed lock, the ends of which could be seen through the sides of the action. According to company lore, Mr. Taylor did not like the looks of those pegs’ ends protruding through the action body. He is said to have approached an unnamed “foreman” at the time for a solution. In doing so, not only did they do away with the pegs breaking up the surface of the action body, but they also invented the very first hand detachable lock commonly known today as the droplock.  This eliminated the use of tools to remove the locks for servicing and, in the unlikely event a lock should fail, the lock can easily be replaced with a spare. The last patent to carry Mr. Deeley’s name was No. 10567 of 1907 and would eventually lead to the perfection of the hand detachable lock action by Leslie Taylor one year later in 1908, when the cover plate is hinged as opposed to the previous design that was removable. 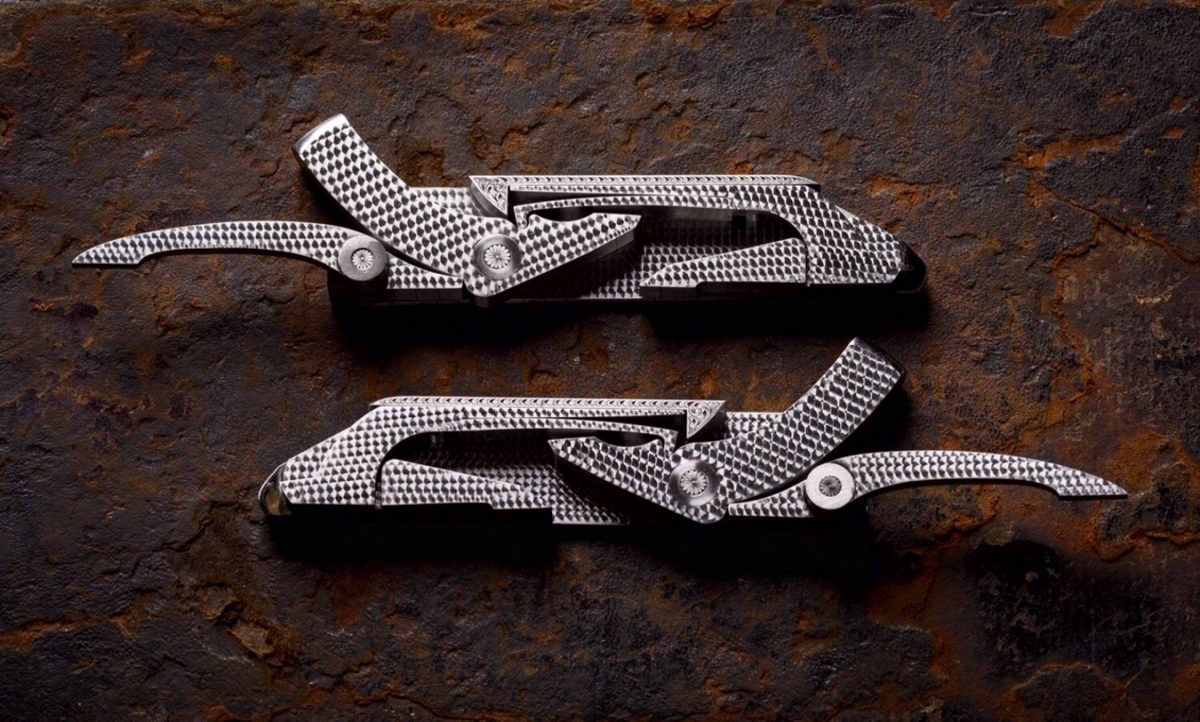 I have enjoyed reading a book recently published by Andrew Mawbry Inc., “Birth of the Boxlock Shotgun” by John Campbell. It is an investigation into who really invented the Anson & Deeley Hammerless Gun, William Anson, or John Deeley? I will let you draw your own conclusions after you read the book but, suffice it to say, both men’s name will be permanently attached to the gun and the Anson & Deeley gun will be permanently attached to Westley Richards & Co. Whatever Mr. Deeley’s actual role was in the actual invention of his many landmark patents, his influence in gun design cannot be overstated. 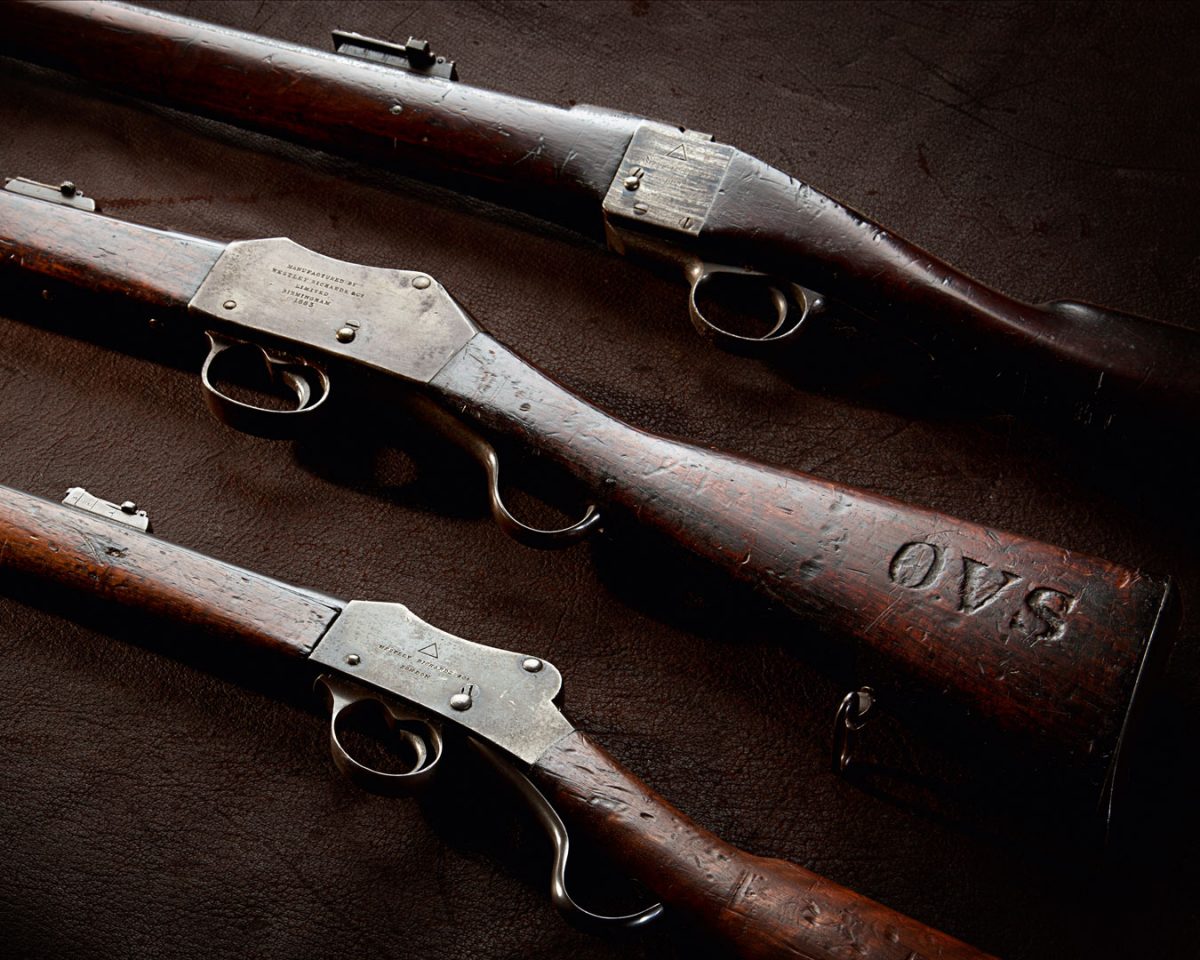 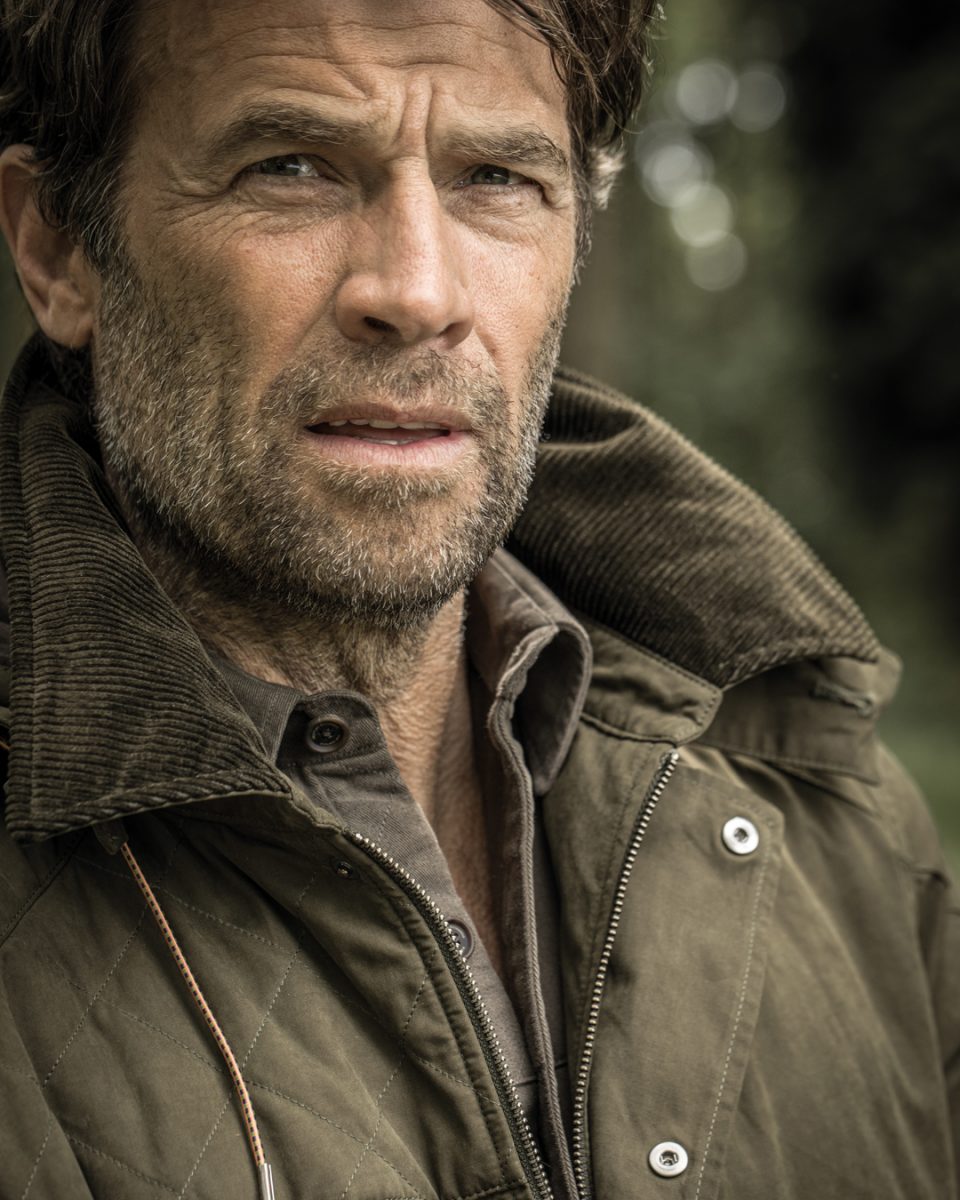