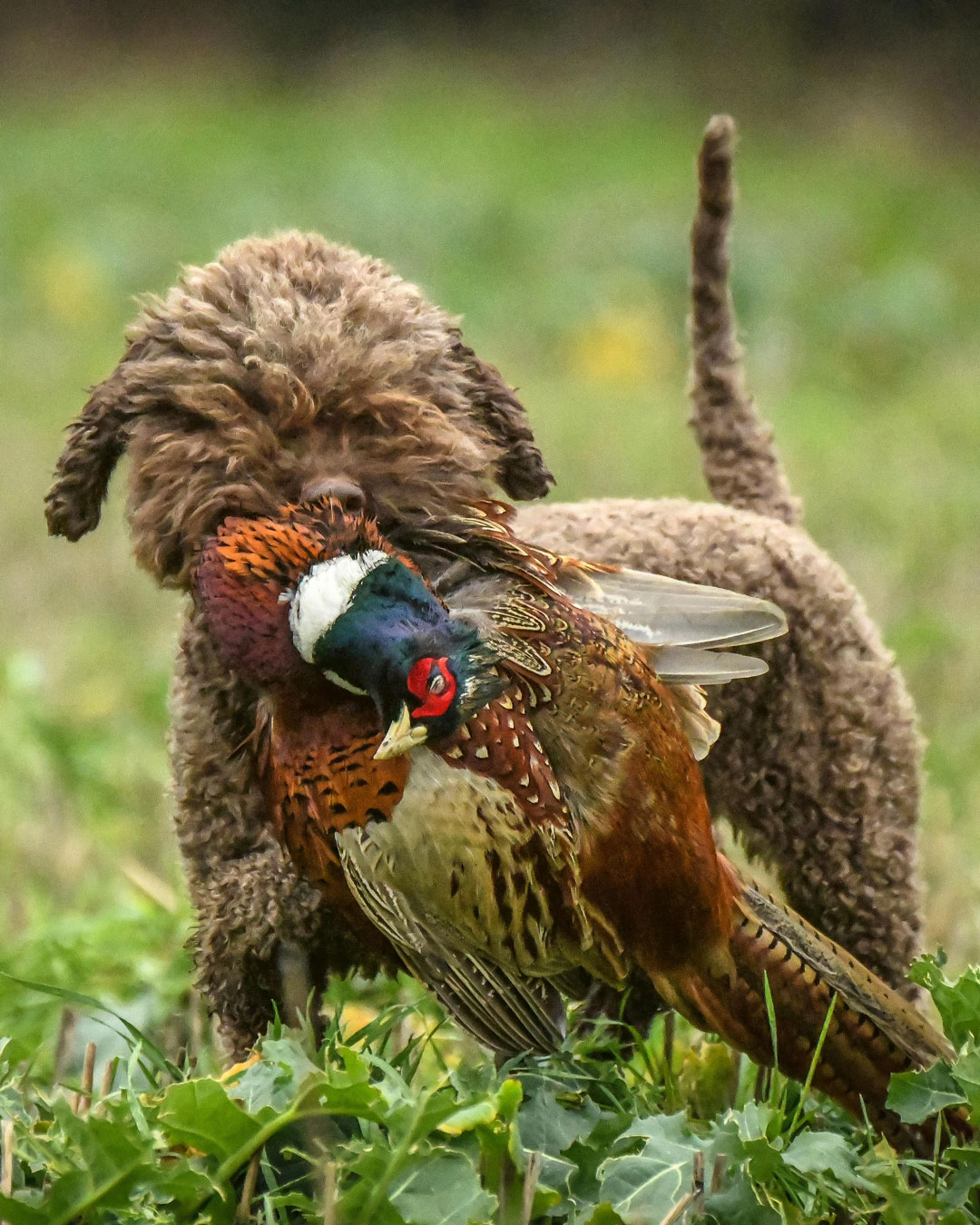 When autumn comes Northern Italy plays host to a very different type of sport with a specific breed of gundog, as Lyn Monk reports.

When the weather turns from late summer into autumn and the cold morning air carries the sound of the deer rutting in the woods it’s time for a small group of enthusiastic owners and their lagotto romagnolo dogs to make the long drive back to the ancestral home of the breed - the Emilia-Romagna region of northern Italy.

The lagotto romagnolo is a little curly-coated duck retriever and truffle hunter which has been in existence in the region since Etruscan times and the seventh century BC. The breed’s main function then was to retrieve live wildfowl from the vast marshlands back to a flat bottom punt for his peasant masters. There is even a beautiful Fresco painted by Andrea Mantegna in 1474 at the Ducal Palace Mantua showing the Lagotto under the legs of the people. We can proudly say it looks like the same dog that you see today without change. Written records exist from 1591 onwards and in an Erasmus of Valvasone poem The Hunter he wrote about the dog of the region: “We need a rough and curly haired breed of dog that does not fear sun, ice or water that climbs mountains, fords rivers and runs on to steep rocky places, it’s head and hair resemble that of a ram and it brings the bird back to the hunter merrily.”

Towards the end of the 19th century the marshes were drained and there are now only a few kennels left that hunt duck in this age old way. The lagotto faced possible extinction, but due to its phenomenal scenting ability it found favour as a hunter of the highly prized and valuable truffles. It is an ancestor to many other breeds of water dogs including the poodle, and today it is the only pure breed dog recognised as a specialised truffle hunter in the world.

Fortunately at the beginning of the 70s before the breed disappeared completely, a group of breeders, veterinarians and lagotto lovers decided to rescue their only indigenous breed before it was too late. And as the leading expert and saviour of the breed Gilberto Grandi says: “Preserving the lagotto means preserving a piece of Italy, a piece of history, the lagotto has always been a working dog and today it still is a working dog.”

No, it’s not a cockapoo!
I have owned this breed for 14 years and mine and my husband’s passion is the working lagotto, both as beating or picking-up and as truffling dogs. I have recently retired as the Working Secretary of the Lagotto Romagnolo Club Of GB and I’m also a committee member of the Working Minority Breeds Spaniel We work two dogs, one each on a commercial shoot in Kent, beating/dogging-in six days a week from September to the end of the season

Even though it is probably one of the oldest breeds of dog/gundog in the world because people have never heard of it and due to looks they assume it is a Cockapoo. But as soon as you mention truffle-hunting people are hooked. You can even plant your own truffle orchard with impregnated trees and enjoy the harvest a few years later.

The hunting procedure is the same whether bird or truffle - it’s just the end result that differs. Last October we took our dogs to Italy to Emilia Romagna for the annual Raduno Truffle Hunting Competition, and it was a wonderful experience. 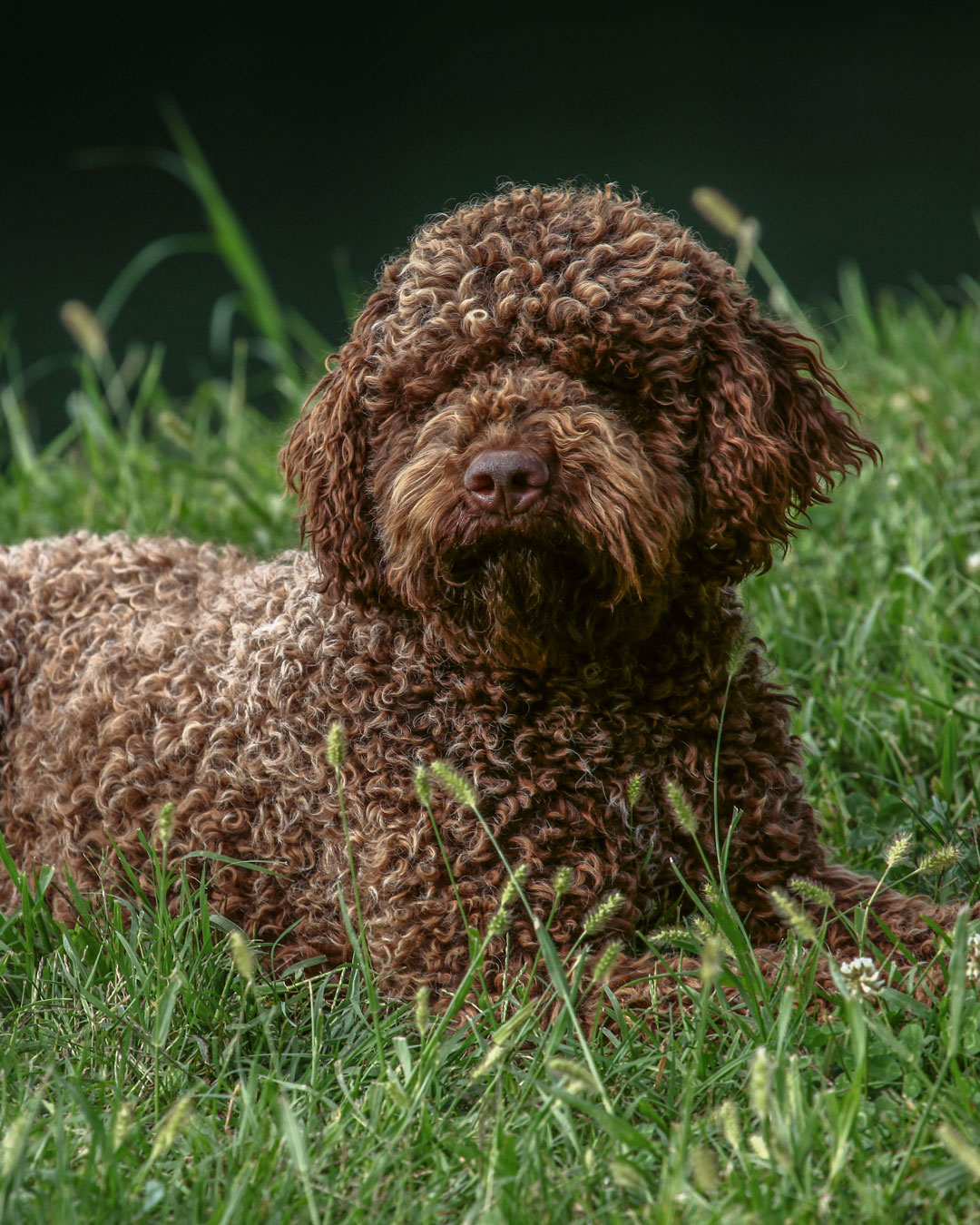 The truffle hunting competition
Held every year in October in the historical spa town of Bagno Di Romagna the Italian Club Of Lagotto hold a Raduno, which is a whole weekend of competition to find the best specimen of working dogs (truffling) with the main objective of the working trial being to evaluate the dog’s natural searching capability, concentration and stamina, for breed selection purposes. The beautiful little town of Bagno becomes the hub of the lagotto owners and truffle enthusiasts from all around Europe and even from further afield such as the USA. The shops are decorated with autumnal pumpkins and baskets of delicious porcini mushrooms and of course the windows display the stars of the show - the white truffles. There is even a shop dedicated solely to selling truffles of all colour, shape and sizes which sends a deliciously rich smell through the town.

Hosted high up in the grounds of an old hotel the competition begins on the Friday with the puppy show and continues on the Saturday with the older dogs. We always receive a wonderfully warm welcome from the Italians, including a lovely bottle of commemorative wine that we are given for entering our dogs into the show. This is something I would highly recommended the Kennel Club start doing!

The Italians are truly delighted that the British love their ‘Italian Secret’ breed of dog as much as them. At the show the conformation of the dogs is considered by the leading judges, who are marking type, best head, coat and temperament. The dogs are shown in full coat then after the show part is over that evening they are completely clipped off to resemble a small smooth haired pointer all ready for the working trials the next day.
The evening is spent in the town catching up with friends old and new in one of the amazing restaurants; where the menus reflect the seasonal local bounty of wild boar, venison and cheeses, all served with truffles of course, and accompanied by copious amounts of wine. The conversation is usually about the dogs shown that day and there’s an air of excitement about the next day (Sunday’s) truffle hunting working trials.

High up in the hills
On Sunday the meet is high up in the hills of the ancient forest at the farmhouse headquarters of the Italian Lagotto Club. In some ways it’s not that much different from an English shoot day, with the handlers dressed in brown and green hunting clothes including picking-up vests. They carry specialist tools to extract the truffles from the ground (the law in Italy), and instead of birds the highly valuable truffles are collected in game pockets for safekeeping.

The trials are run much like a UK spaniel working test, with puppy, novice and tourist class (non Italian dogs) held in different parts of the woods with easier terrain and light cover with planted truffles for beginners. Meanwhile the intermediate and open classes are both held in different parts of the woods with more challenging terrain and cover with naturally occurring truffles to find. There are different types of test according to the dog’s ability and the test is timed for a 10 or 15-minute search. 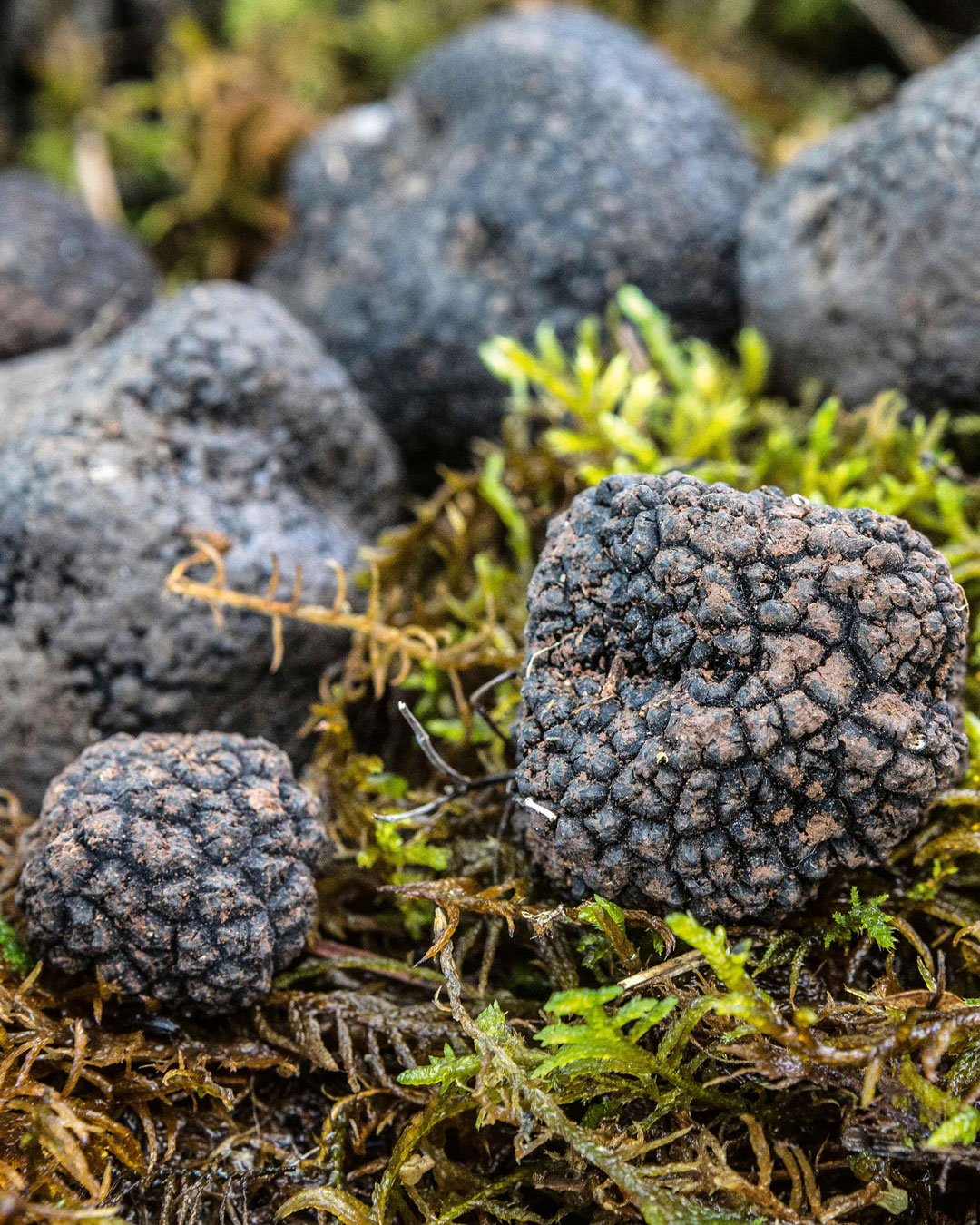 The awards feast
The awards are graded excellent, very good, good and fairly good, and pups are very promising, promising and quite promising. There are also other awards available such as the Certificate Natural Quality (CQN). Spectators watch from a distance so as not to disturb the hunt and they know what a privilege it is to watch this truly unique dog working. And for us we are always hoping to pick up tips on how to improve our truffle hunting back in the UK.

After the prize giving back at the farmhouse, tired and happy dogs are put to bed and the club hosts a delicious feast celebrating two days of show, trials, dogs and truffles. The awards for the champions of the weekend are also presented at the feast; something we can only aspire to as we journey home.

Although there are some truffles in the UK there is no history of the hunt, so in this country the lagotto remains as he has been since time immemorial - a water-retrieving gundog. The breed is in the Minority Sporting Spaniel group, with dogs working in the beating line, picking-up and wildfowling. But whatever they retrieve, whether it’s a bird or a truffle, the hunt is the same. 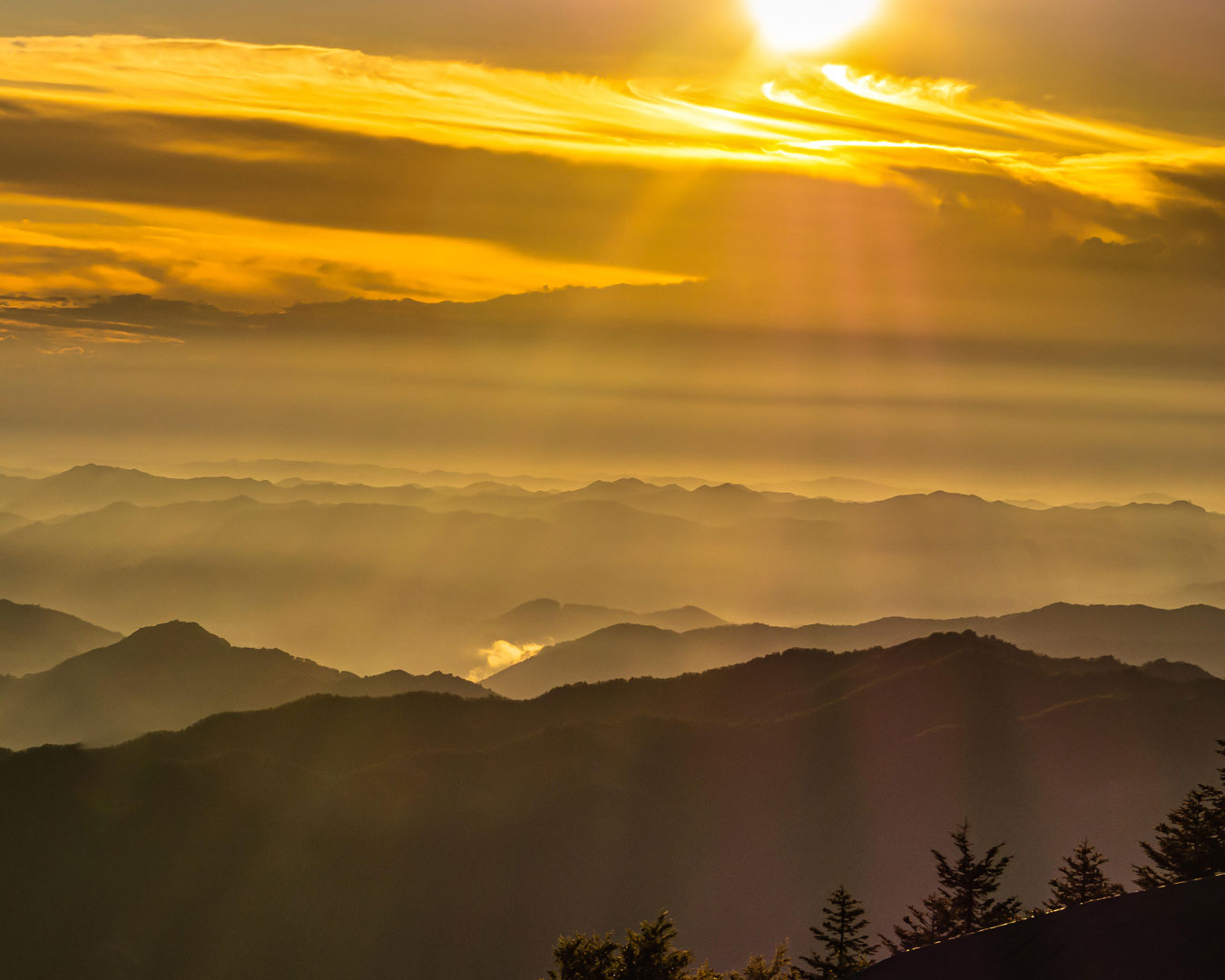 The dog needs to find and dig for the truffle while being judged and scored on strict rules:

Willingness
Action must be avid, continuous, and determined. The dog should operate on its own initiative and not require continuous incitement by the handler, and it should also demonstrate determination in coping with difficult terrain. It must also return promptly when called, and change search direction when indicated.

Search
The search must suit the type of environment, and the searching action should be eager, avid, and determined with a radius that allows coverage of a good part of the terrain, criss-crossing with frequent changes in direction (quartering). This may occur even some tens of metres from the handler, yet behaviour should also be attentive and diligent so that the relevant area is analysed properly (hunt up) thus making it possible to carry out an effective job. The searching action of the dog should be carried out mainly in front of the handler and must not be distracted by the smell of game or scent marking. They say game because there are numerous wild boar and deer that roam the forest looking to snaffle truffles of their own. It probably goes without saying but the dog should also demonstrably follow its nose

Gait
The optimum gait is lively, spirited but a relaxed trot which shows the joy experienced by the dog while carrying out its work. The tail may be brought higher, but when trotting the tail moves cheerfully, often fast lateral movement (wagging). The lagotto uses its tail to inform the handler of the presence of a truffle by accentuating this movement. It is important that the tail expresses cheerfulness, playfulness and willingness to work.

Hole digging
The quality of the hole is important and the dog must dig decisively and when interrupted by the handler must recommence at command and stop digging when instructed, and it must retrieve the truffle to the handler.

Errors and elimination faults
Lack of initiative and discontinuity in action
Messy and inconclusive searching
Style and method not conforming to the breed.
Abandoning the search or dig
More than two digs without success
Lack of obedience or out of hand behaviour
Over handling with voice commands or whistle
Poor stamina
Running after game
Disturbing the other dog if running in a pair in a run off
Fear of gunfire and noise

Timidity or aggression
Failure by huntsman replacing soil back in hole

Emilia-Romagna
This region in northern Italy extends from the Apennine Mountains to the Po River in the north. It's known for its medieval cities, rich gastronomy and seaside resorts. The capital, Bologna, is a vibrant city with an 11th century university and an incredible 40km of arched porticos lining the streets and squares of its medieval core. Ravenna, near the Adriatic coast, is famed for its brightly coloured Byzantine mosaics.

"Special thanks to Simon Barr and his team at the Gundog Journal for contributing this article from their latest edition. To discover more about the magazine head to https://gundog-journal.com" 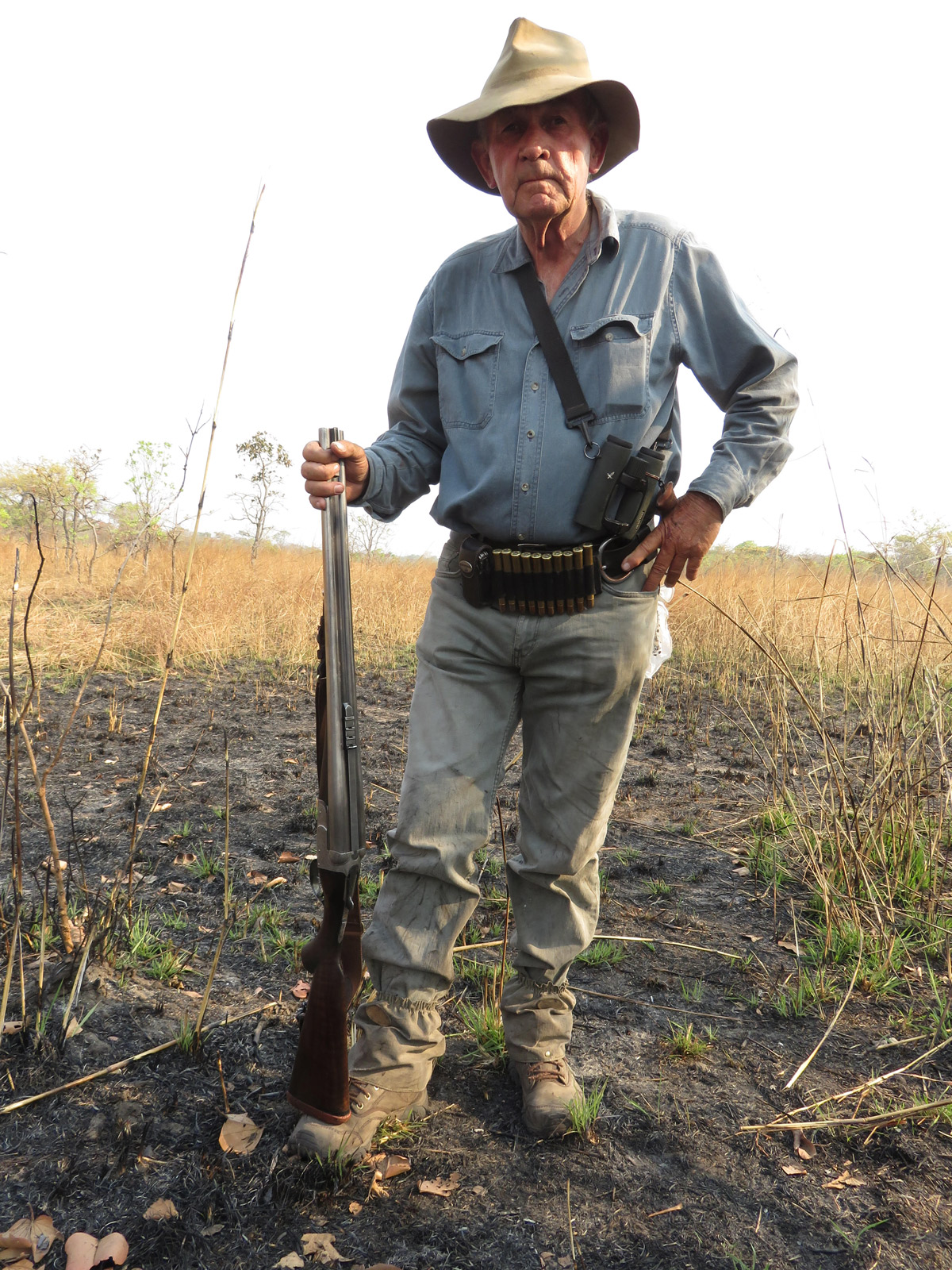 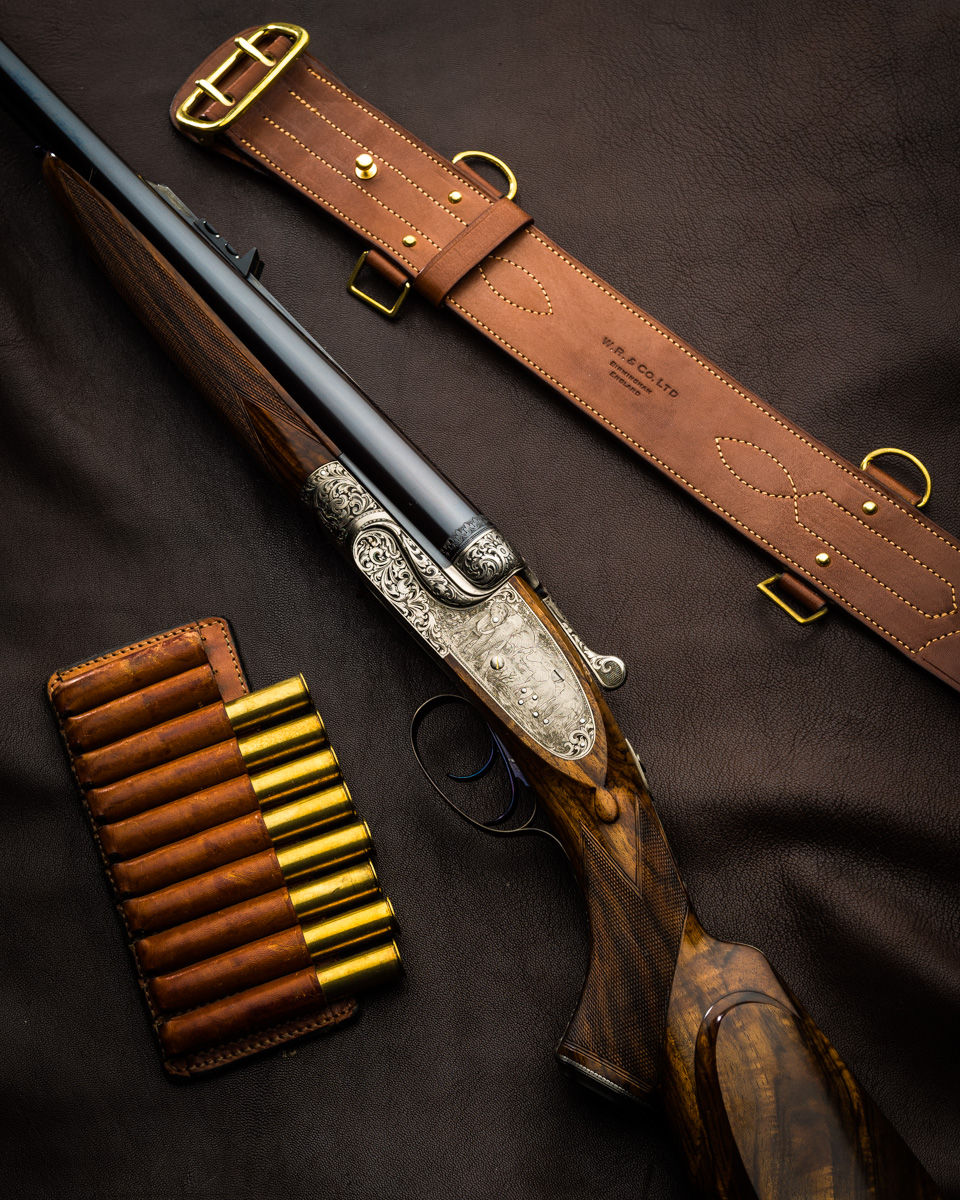 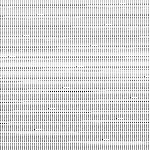