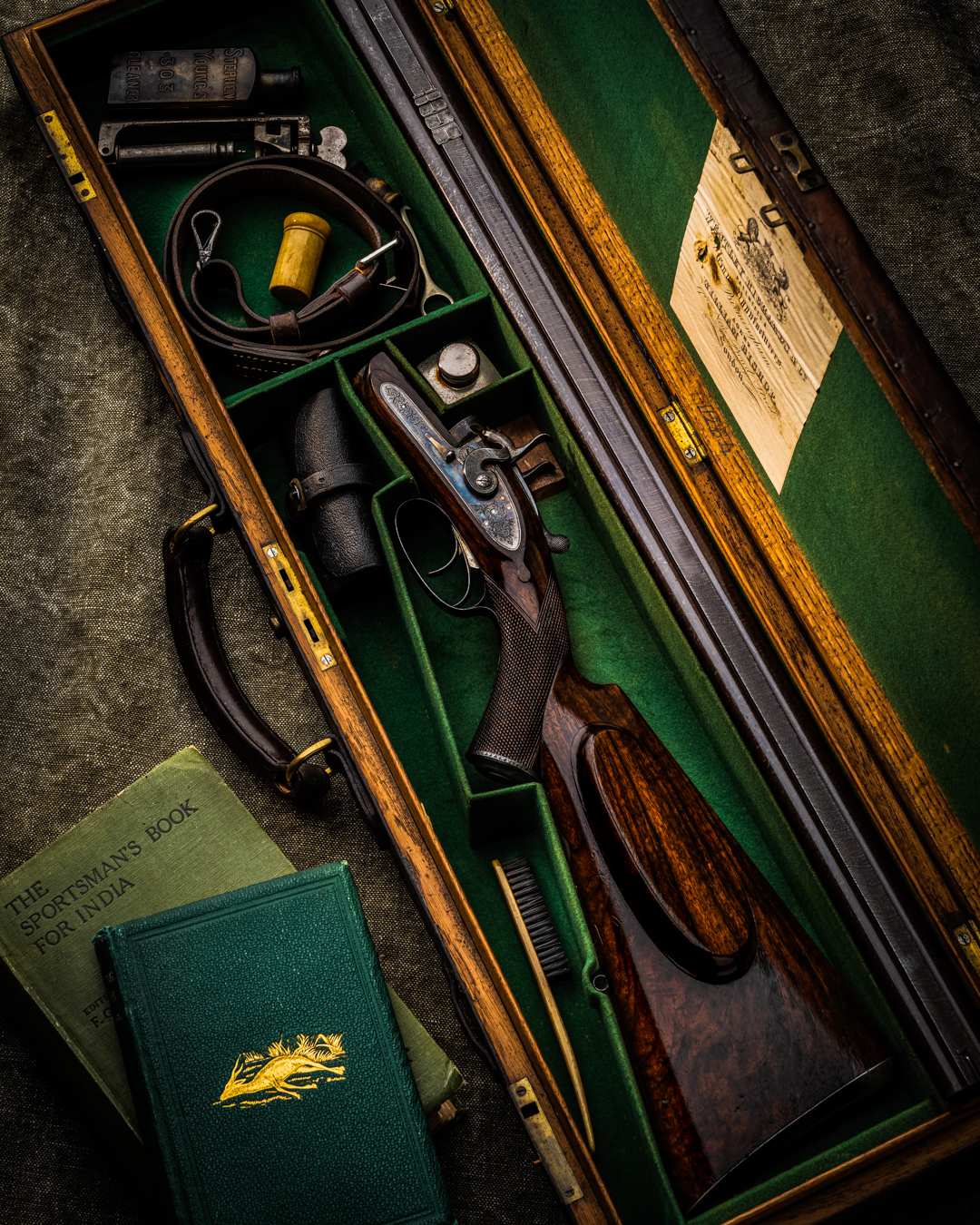 Westley Richards has always been noted for its fine sporting guns and rifles and whilst we built many thousands of them it is surprising how rare some of the mid to late 18th century weapons can actually be. Recently we were able to acquire some truly exceptional guns and rifles that have now found themselves safely in the hands of a dedicated group of collectors.

One of my personal favourites has to be this beautiful 25g (.577) hammer double rifle that was completed in 1867 for our London Agent, William Bishop and comes complete in its original case. Westley Richards rifles in this kind of condition do not appear every day and it has to be said that this is one of the finest and most original that we have seen. The rifle is built on our 1864 patent single bite action with beautiful bar in wood locks sporting non rebounding dolphin hammers. 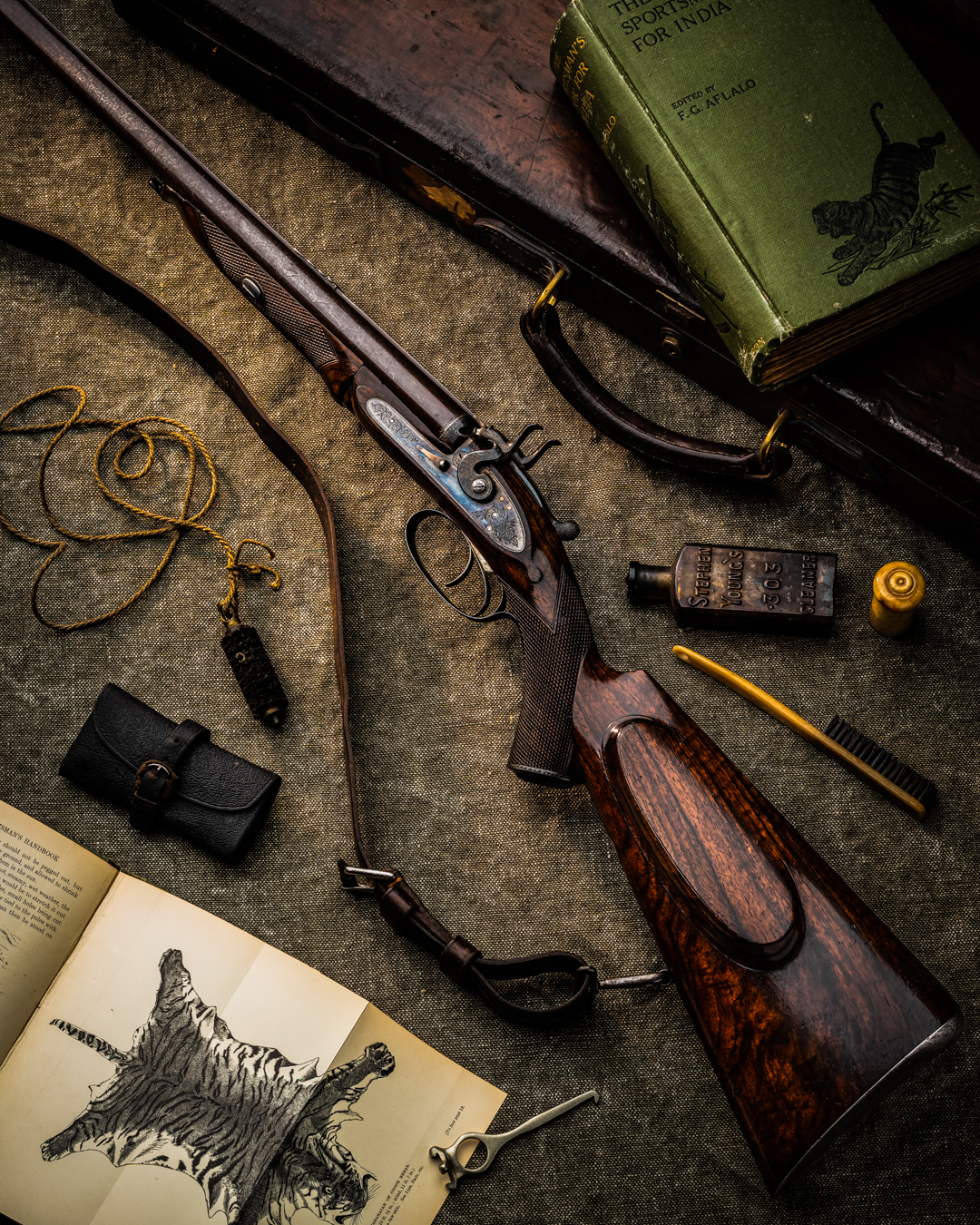 In 25 gauge black powder format the rifle would have been considered a 'small' bore and its primary use would have been for soft skinned game, notably antelopes and potentially the big cats. As a rifle it is unquestionably built to 'best' standard with superb damascus barrels, scroll and game scene engraving, pistol grip stock with cheekpiece, and a horn forend finial. The rifling is of the 'Whitworth' type with a wonderfully slow twist rate to stabilise the heavy lead projectile.

The condition of the rifle is such that you could almost believe that it has never been used and that it remained in some aristocrat or officers possession never getting the opportunity to prove its worth. Perhaps thankfully for us this was the case, as we now get to see one of our rifles in near factory condition. 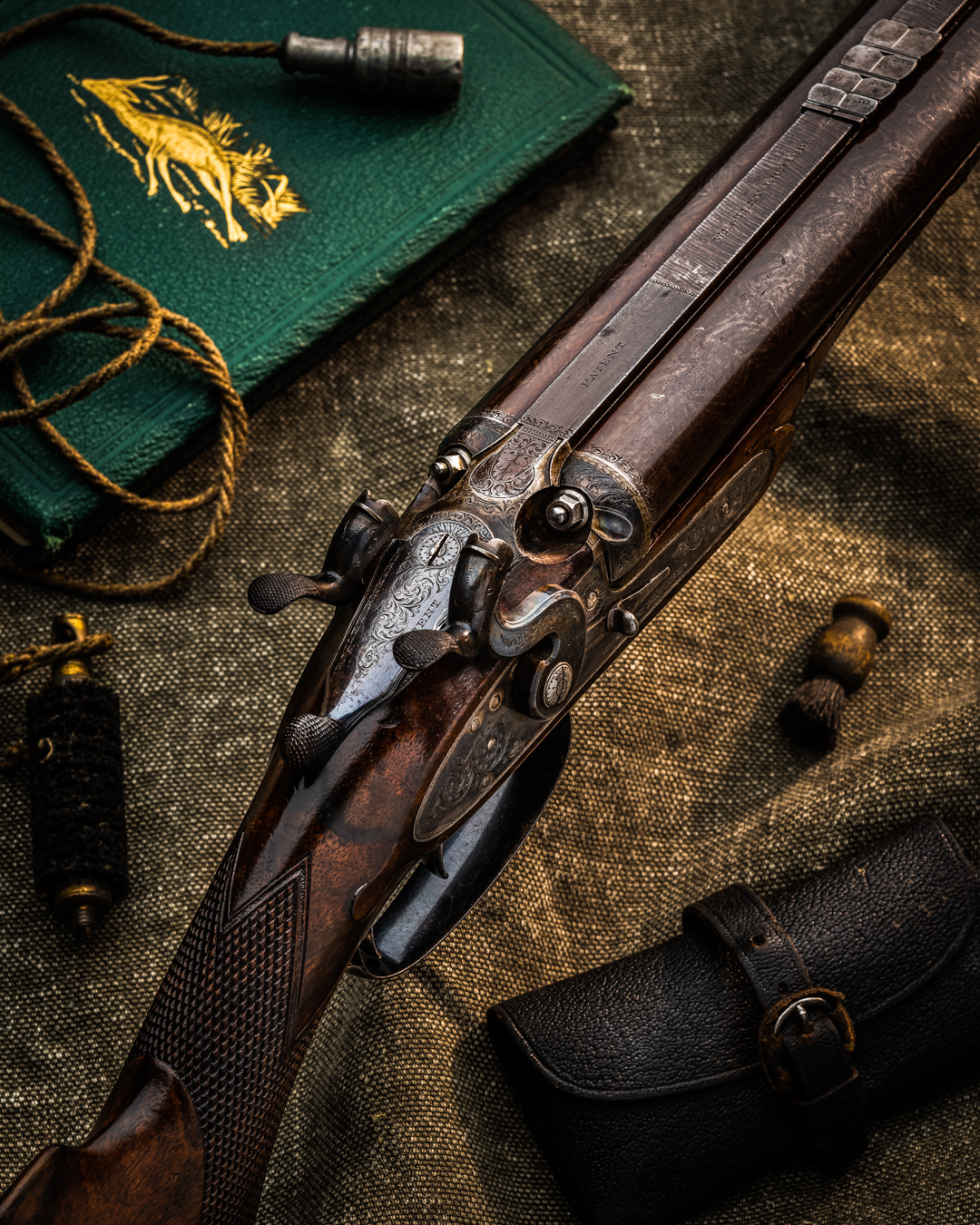 Westley Richards signature top lever with model 'C' dolls head fastener is clear for all to see. Such was the considered strength of this locking mechanism at the time that no thought was given to an under-bolt that would lock into the physical lumps of the barrel. Only with the advent of nitro powders and the increased pressures generated by these, did the introduction of an under-bolt locking system became necessary. 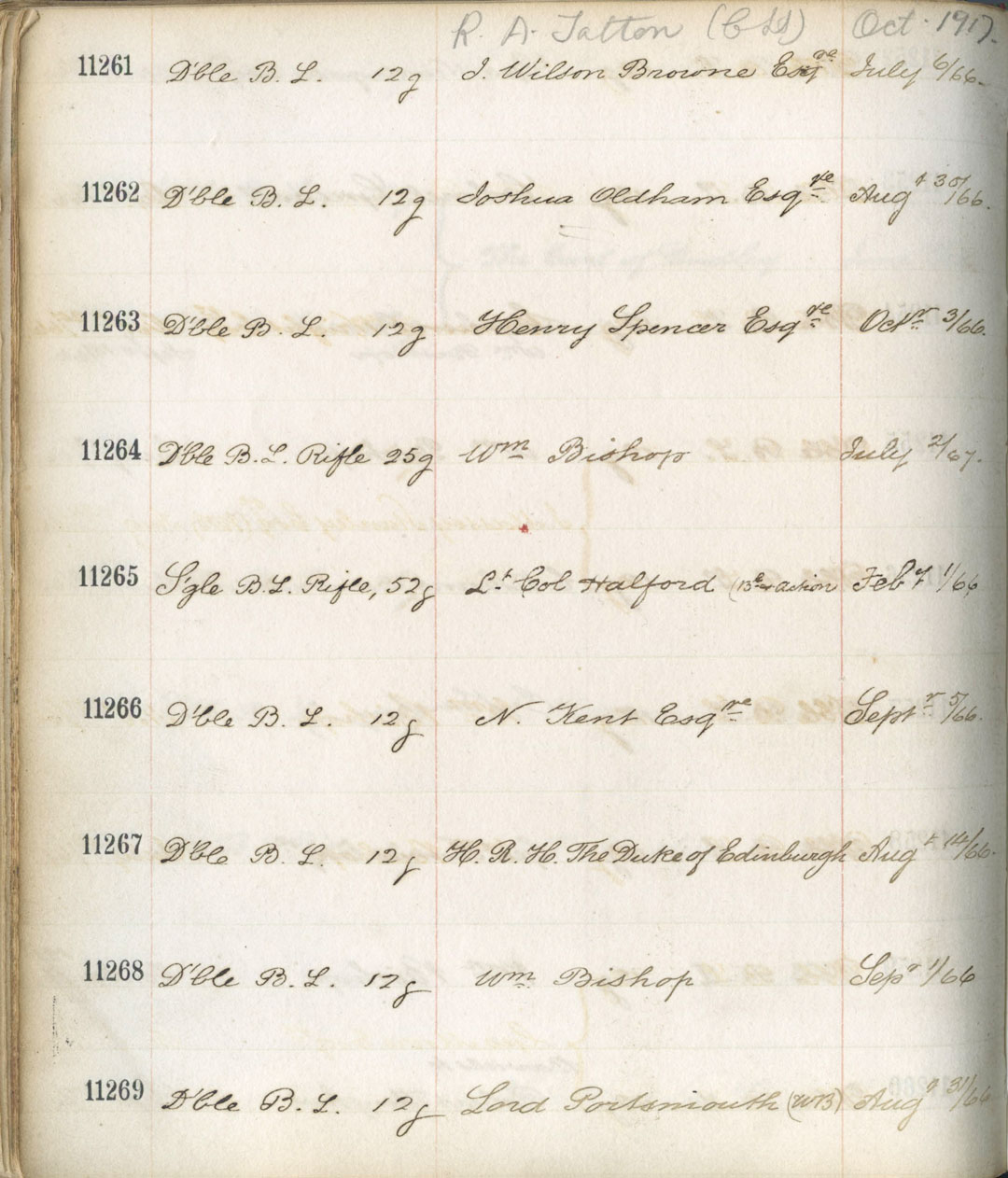 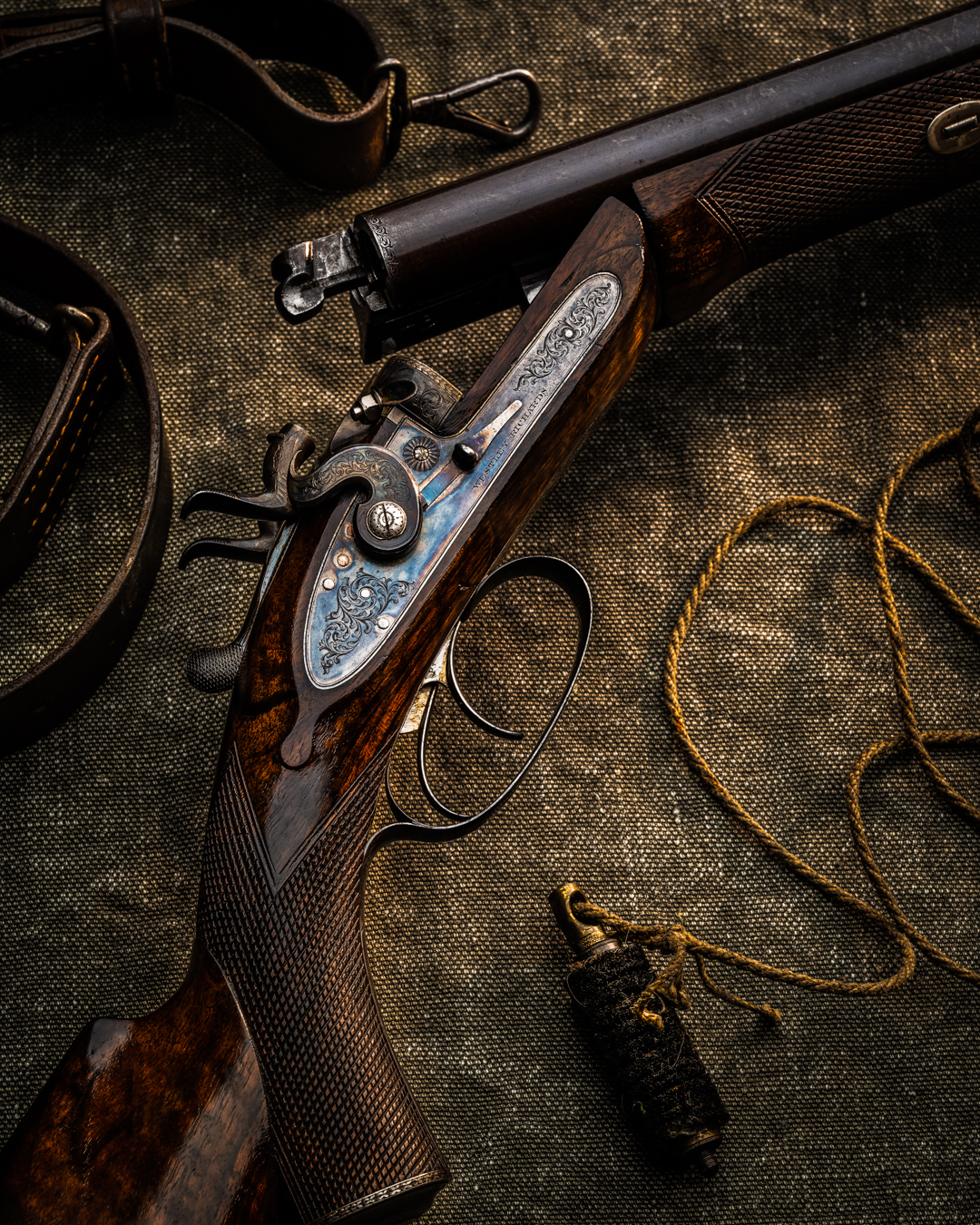 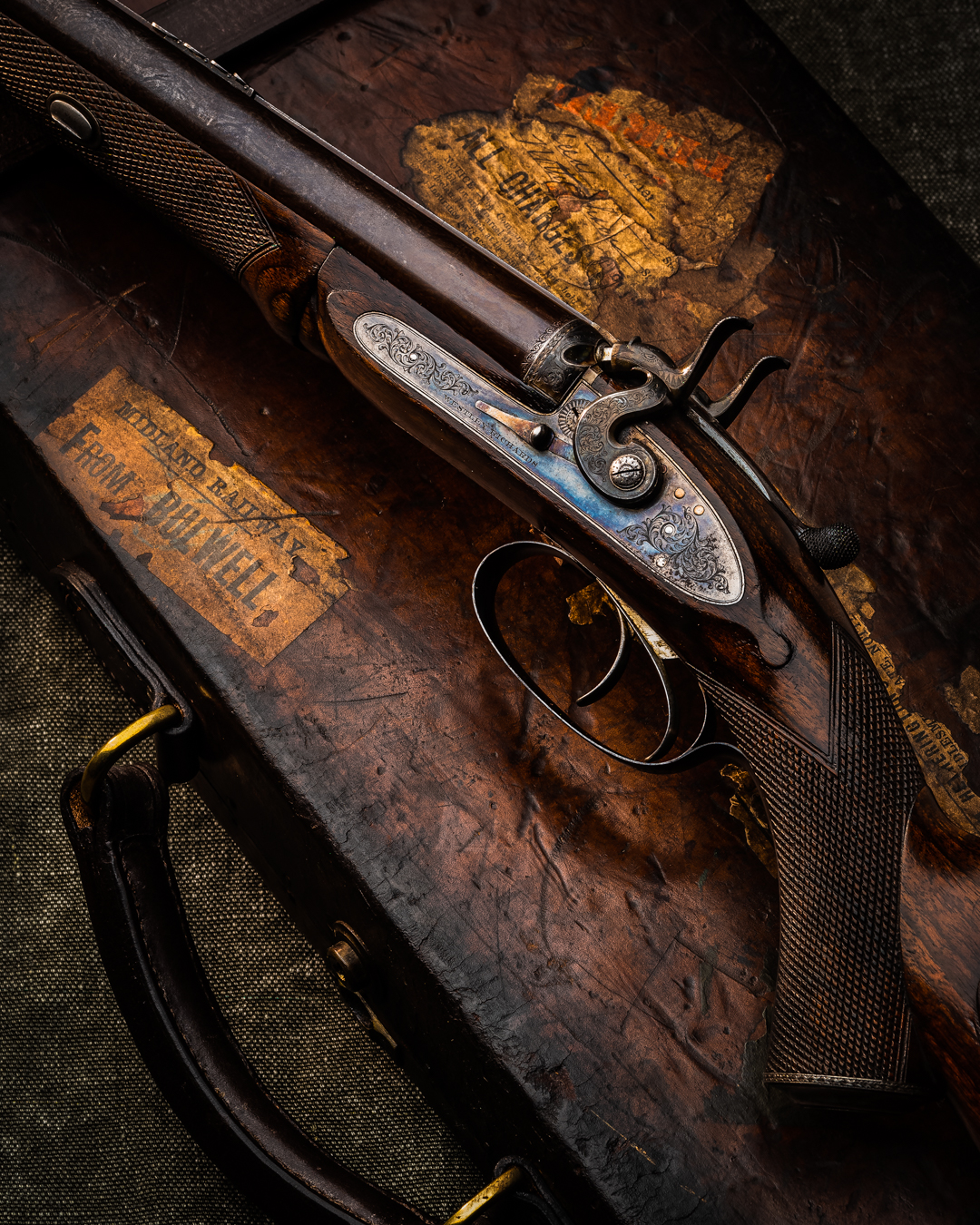 The rifle speaks quality and was clearly built with attention to every detail. As with all 'best' Westley Richards guns and rifles, the rifle has fabulous lines that flow from the muzzle to the steel clad butt. 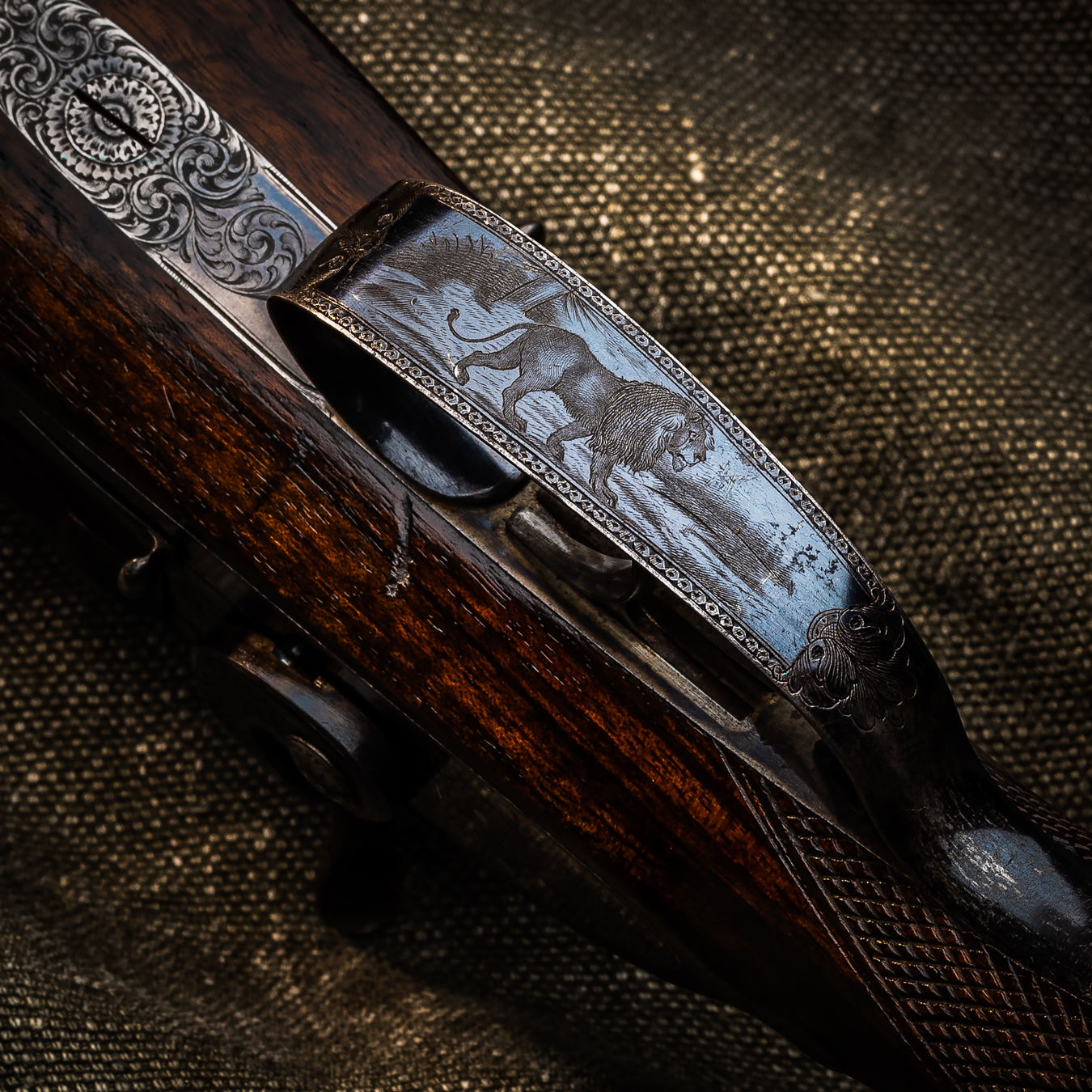 The crisp engraving of a male lion might give some indication as to the intended use of this rifle. 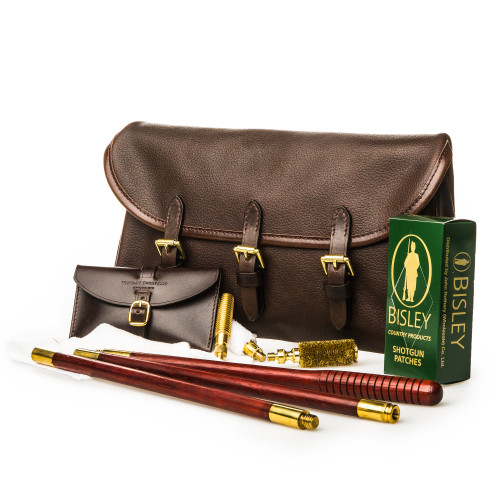 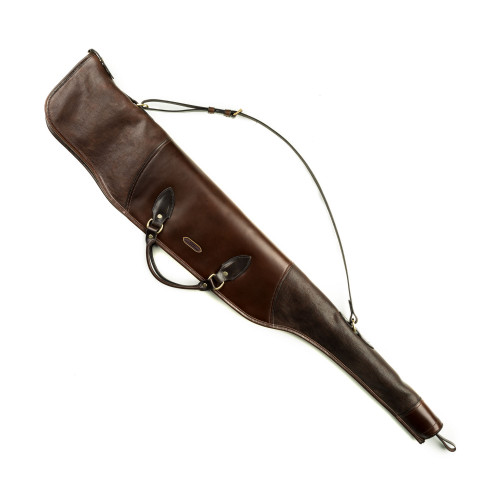