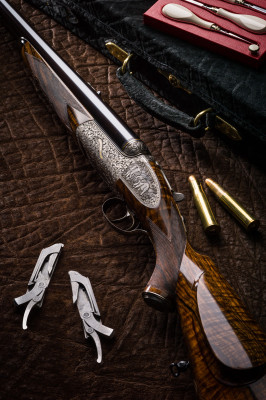 When Holland & Holland sold what they called "the last .600", a royal double rifle, sometime in the '80's, it left them unable to fulfil the needs of the hunting man who wanted the 'very biggest rifle calibre' in a Holland & Holland Royal, a position held by the .600 since the turn of that century. 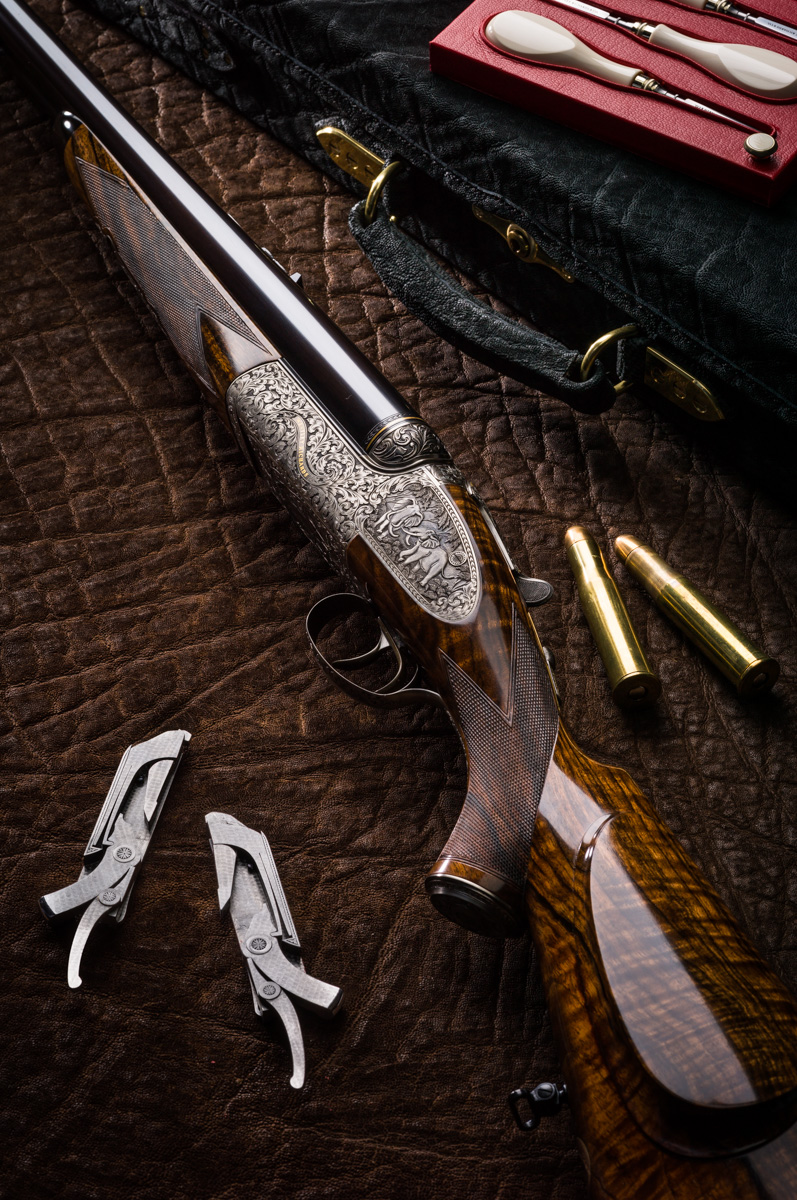 Bill Feldstein was one such man, and when he found he was unable to get Holland's to make him a .600 he decided to get them to make an even bigger calibre, the .700. This order was filled by Holland's I believe in the late 80's and they have been offering the rifle ever since.

Here is the most recent rifle we have built in that calibre, a hand detachable lock rifle, extra locks and carved engraving by Peter Spode. The rifle is cased using the clients Elephant skin and the ivory for tooling. 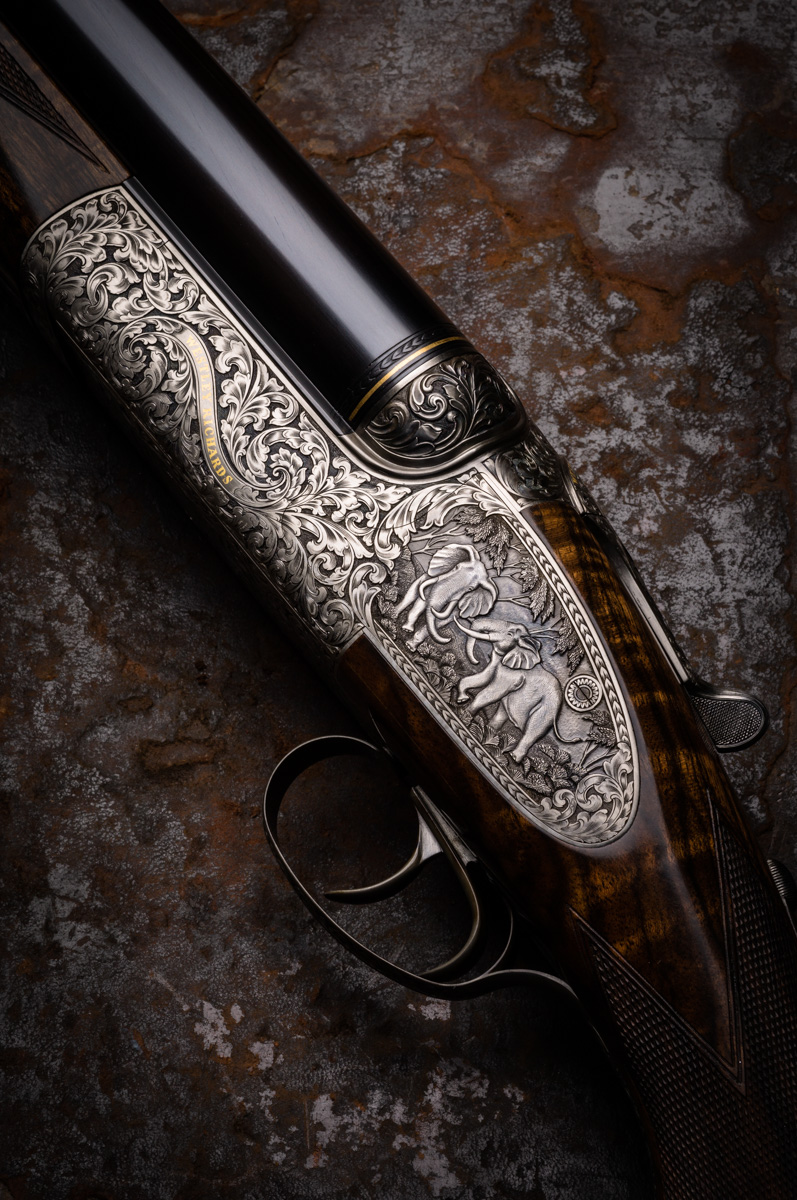 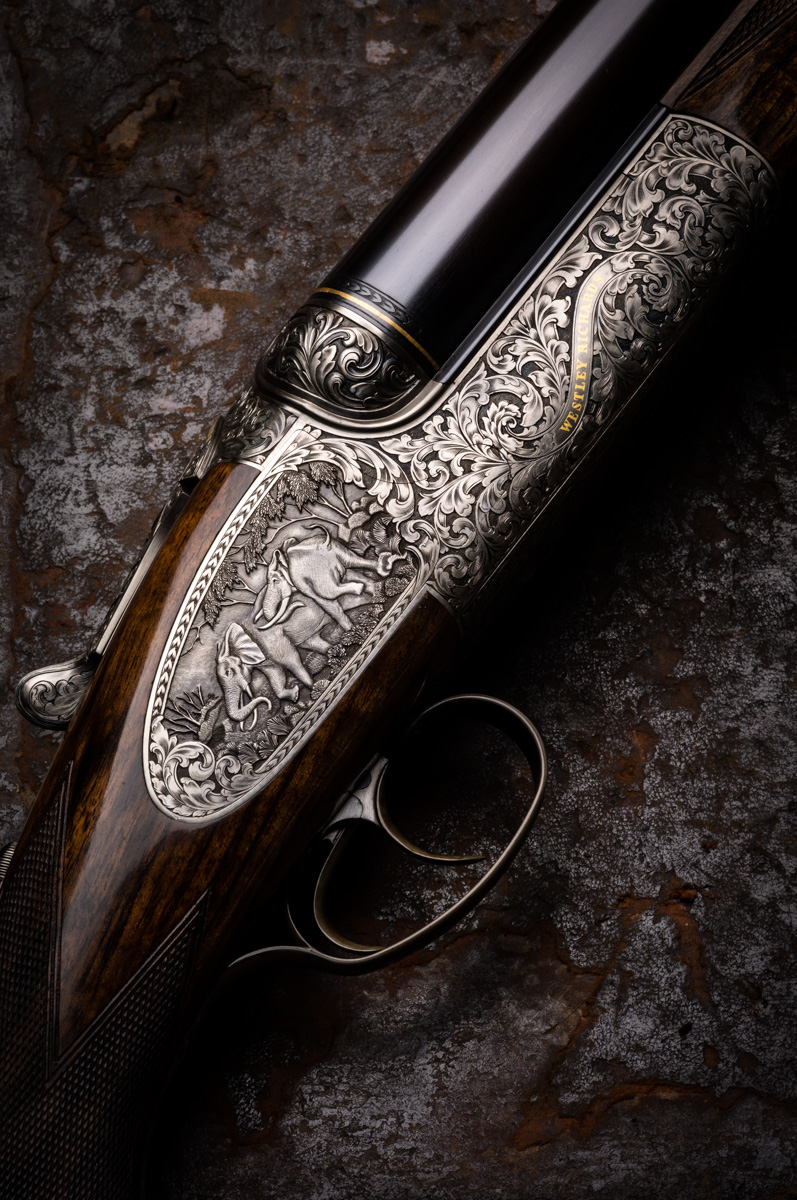 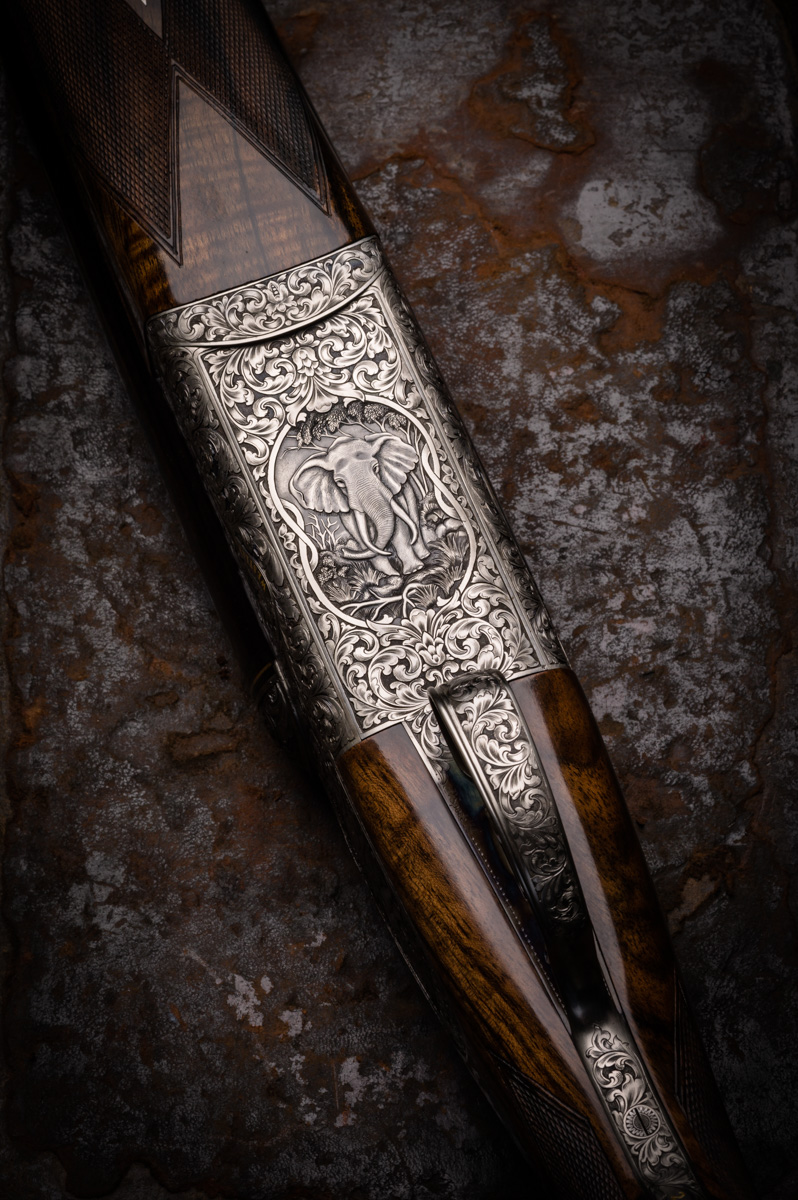 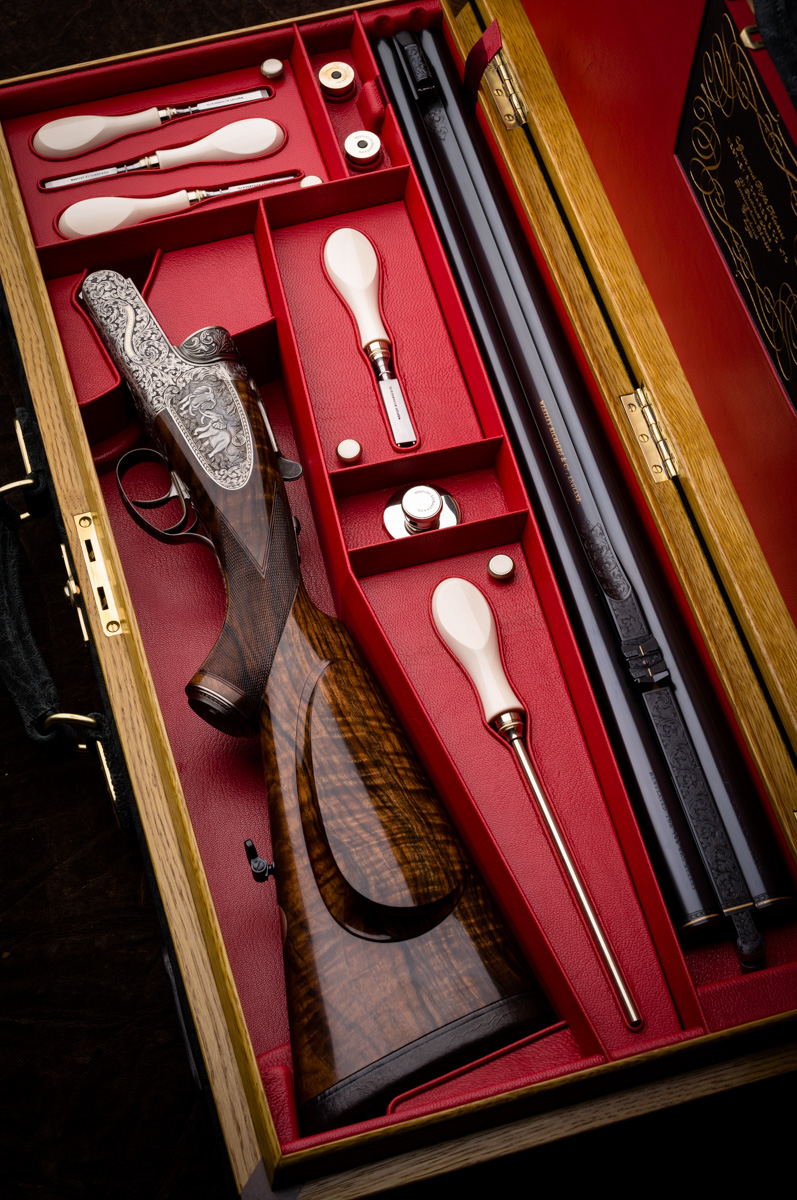 Footnote. Holland & Holland were able to purchase back "The Last .600" and have subsequently started offering the calibre again.