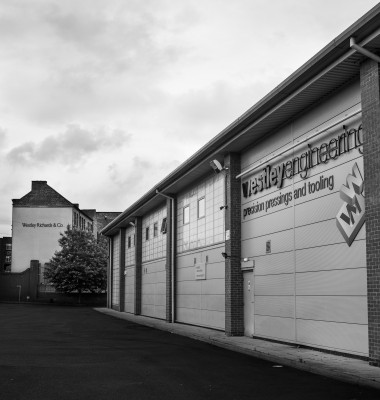 A view down the Westley Engineering building towards Westley Richards.

Next door to the new Westley Richards & Co. gun factory, sits our sister company Westley Engineering. About 15 years ago we split the original Westley Richards company into the 2 distinct business's they had become. At the time we were all housed in the old Grange Road factory with a shared management team. When we moved in 2008 it was into 2 distinctly different buildings, each built specifically for the individual business's needs.

Westley Engineering started life as a Tool & Die maker which was a natural progression and method of harnessing the quite considerable machining skills the company had when we came out of the War in 1945. Gunmaking had been put aside during the war, our machine shops had been passed over to whatever was required for the war effort.

The company had the excellent reputation of being one of the foremost precision tooling companies in the country, staffed by people who had making highest quality guns, in their blood, machinists who were used to working to exacting tolerances. We designed and produced progression tooling for the pressings industries (stampings), selling to engineers who wanted the very best tooling which would stay in the presses running, not being constantly serviced. In the 80's the purchasing of such tooling was passed to 'buyers' who were then only concerned with cost, the fact that tooling would only achieve minimal runs was irrelevant to the buyers as the running/repair costs would fall into another buyers budget! Most the tooling was sourced from that point in China and the Far East.

It was at this time we diversified into running the tooling ourselves and started a pressing/stamping shop which we branded Westley Engineering. We would design and build quality tooling which we would then run for clients ourselves, thus benefiting from making quality tools. The adjoining factory at Grange Road was acquired and filled with presses and by 2003 we were feeling the squeeze to expand, there was no more space available to buy as we were surrounded by the university.

My Father had fought the city council and I had fought the city council about moving out for about 25 years in total. They wanted to make a bypass for easier access to the University and hospital which we resisted on the basis of the factory being such a part of Birmingham's history, but it was at this point that I gave in, we needed more space and it was time to move on from the old factory. It was a good move, Westley Engineering now sits within a modern, large open plan factory and continues to build and run tooling for a diversified array of business's.

Throughout these years the engineering side of the company, now Westley Engineering, has been responsible for supplying us, with all the machined components for the guns and rifles that we have made  to date during my tenure here. 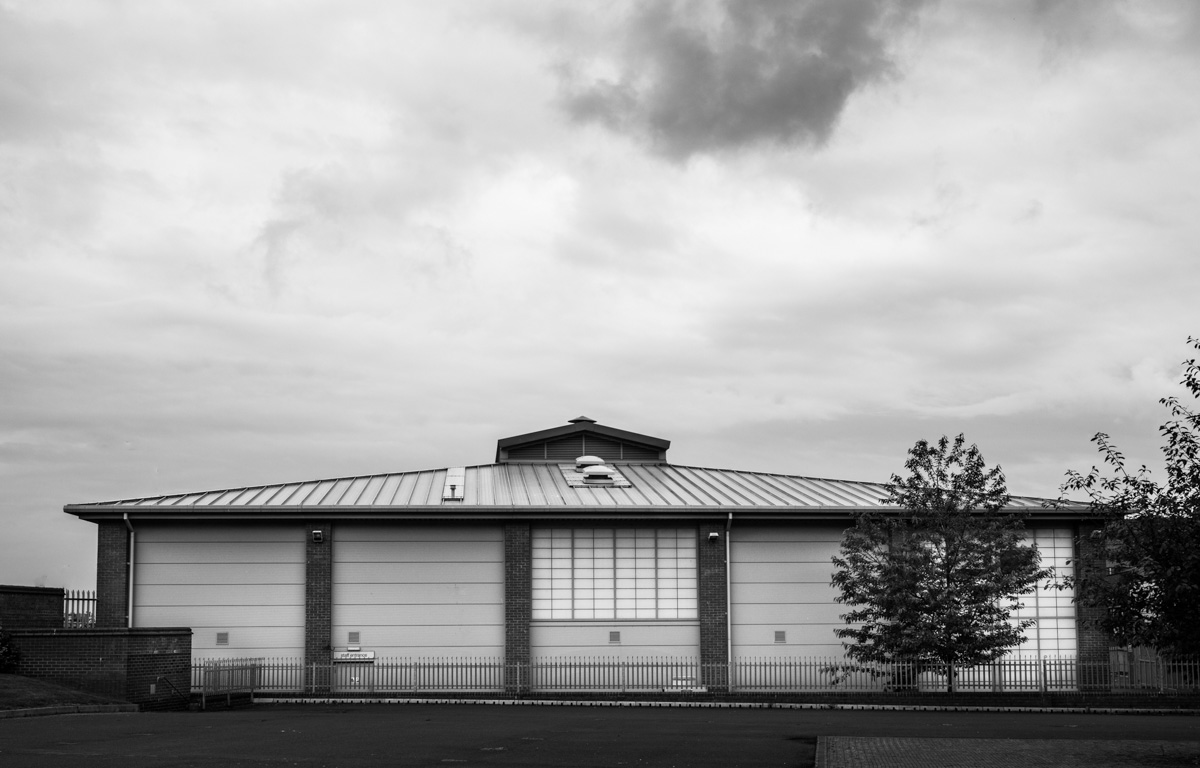 The Westley Engineering Factory seen from our factory entrance at Westley Richards.