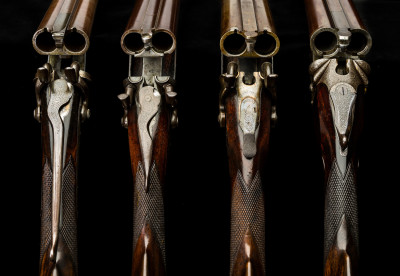 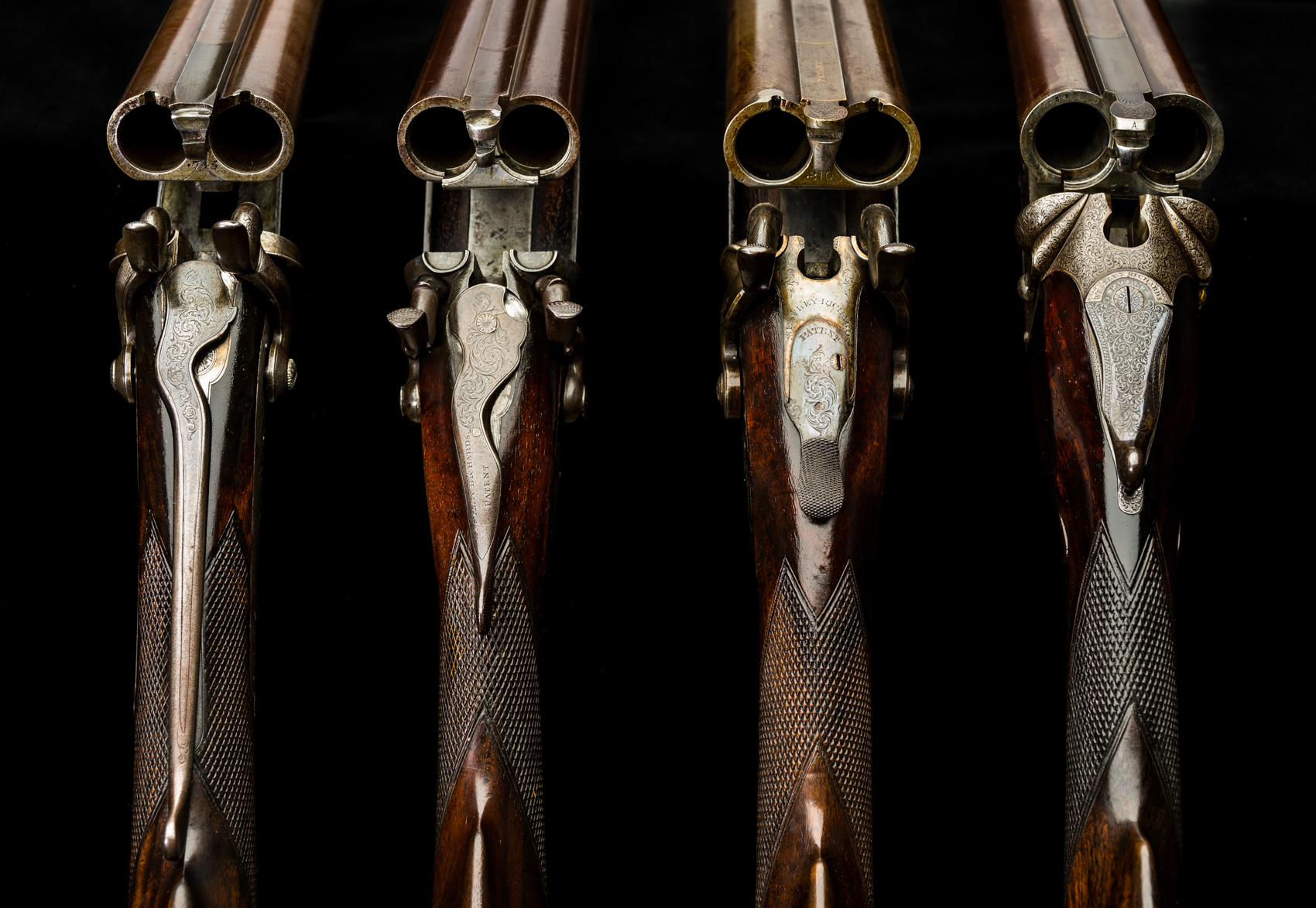 The Westley Richards top lever is unique in its shape, one which was reached in a period of development from 1859 -1871. The photograph above shows this development of our top lever and how it arrived at the current shape. The gun on the left was the first gun we sold with a 'top lever', our first breech opening gun, delivered to a customer in 1862. I am guessing, when I say that the length of the lever was probably made as it is, so that the hand wrapped over it, and was therefore comfortable. No doubt after a bit of use it was realised it was rather unwieldily and could be shortened to the next gun over which was also made in 1862. Both of these guns use the same principle of locking down on top of the extension but you can see that the shape of the extension has become more round like it is today. ( This gun has also been converted to centre fire from pinfire )

The next development in 1863 was the pull back top lever, which also saw further improvement to the shape of the actual extension and the movement of the bite to the centre of the extension from the top as it was in the two previous guns. Finally the gun on the right is a little jump in time to 1876 showing a hammerless gun with the pivoting top lever the direct forbear to the lever we use today. This pivoting lever is to be found on hammer guns and can be seen below in the 3rd gun down which was made in 1865. 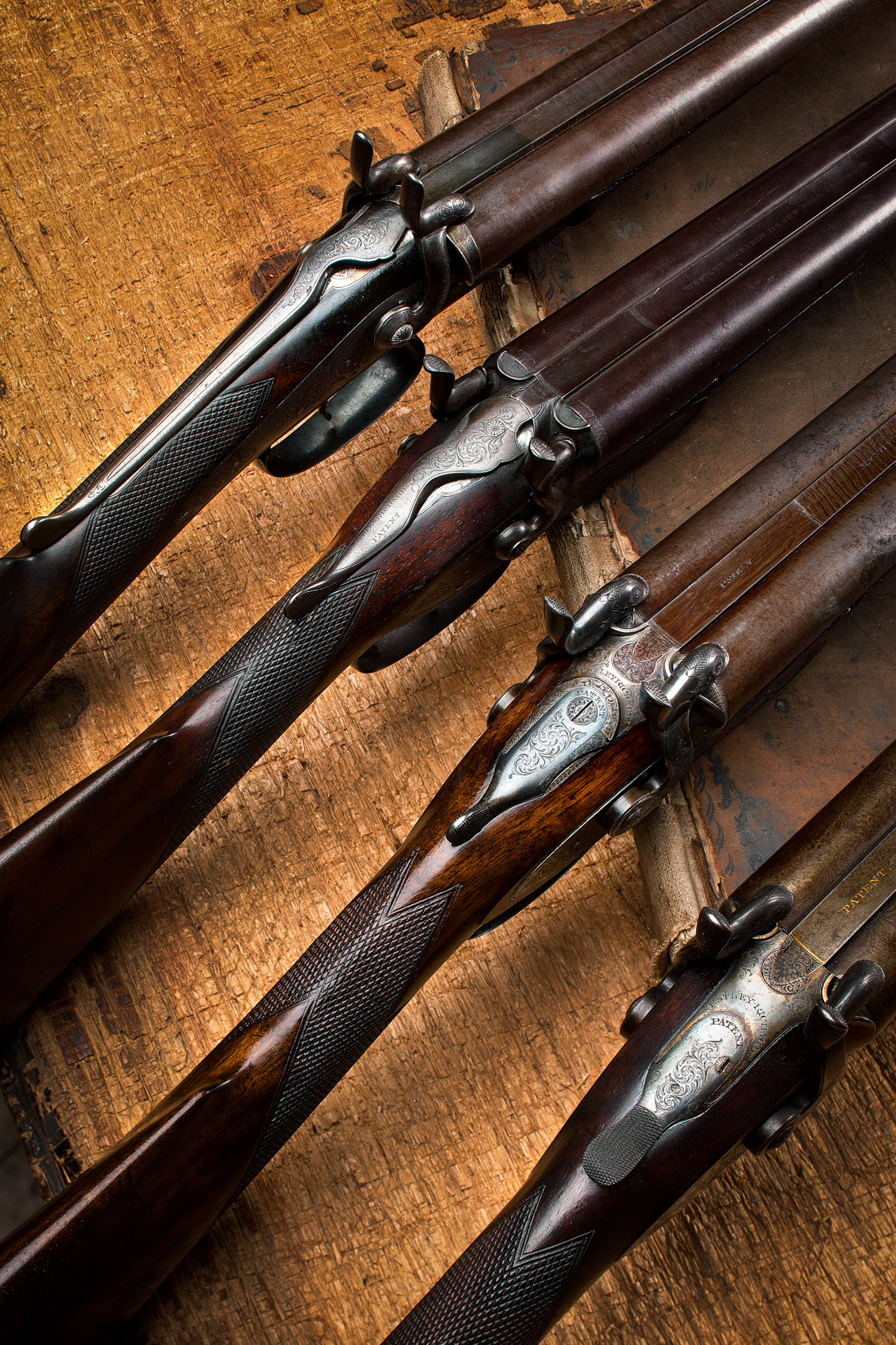 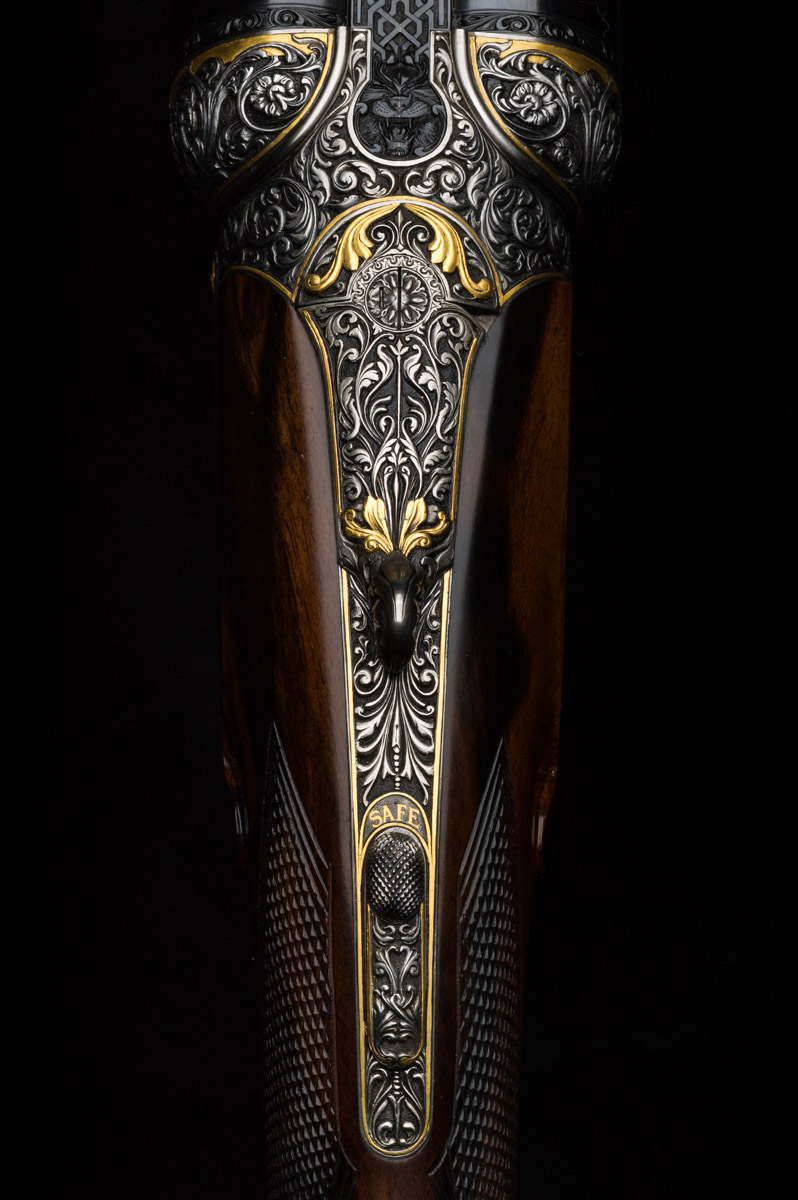