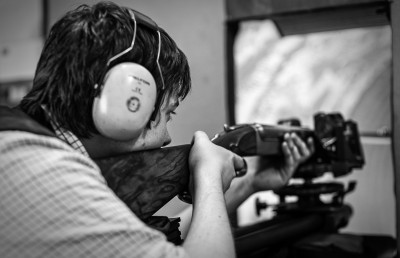 The process of regulating a double rifle is one that we are doing on a very regular basis here at Westley Richards. With over 45 double rifles currently on order in the factory, it equates to nearly one rifle a week. The task of regulating the rifles falls in the safe hands of Stuart Richards who was himself taught the process by both Keith Thomas and Ken Halbert. Both were past foremen in the factory who undertook our regulating during their time here. 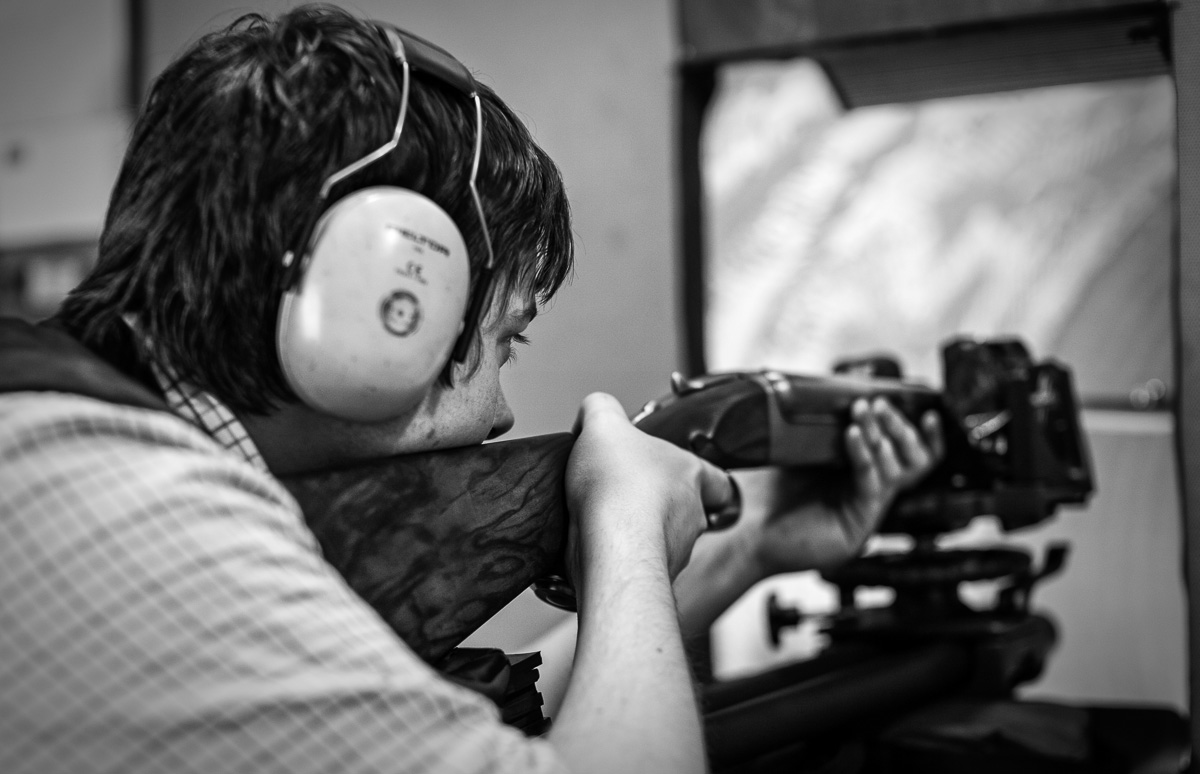 At Westley's we shoot our rifles on our range, this is equipped with both a chronograph and an electronic target system. The chronograph measures the individual velocity of each shot, a consistent velocity is required to judge the shots and this way we are able to pick up any 'flyers' meaning low or high velocity shots and these can then be discounted in any adjustments. I would emphasise, that without very consistent loads, regulation is impossible, and this is an area we have invested a considerable amount of time and money on here over the years. The electronic target system provides an accurate history of all the shots taken during the regulation process. 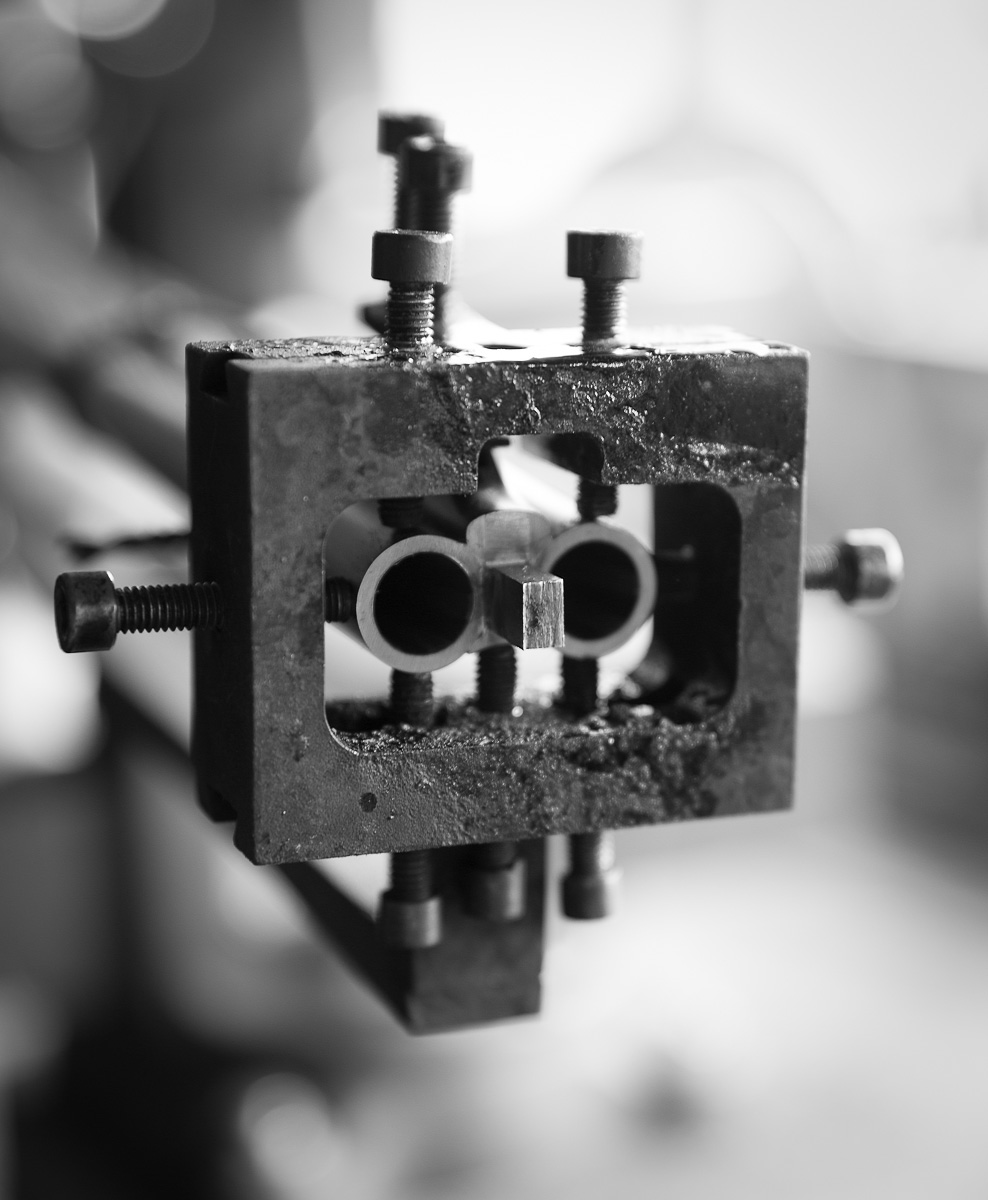 Having shot the rifle with 4 shots to confirm accuracy the rifle is then disassembled, front sight removed and the barrels are placed in a regulating jig as seen above. This jig supports the barrels and allows individual adjustments through the use of 9 hex head bolts. There is a wedge in the muzzle of the rifle which aides in the barrels being drawn either inwards (draw wedge out) and apart (push wedge in).

Having set the barrels firmly in the jig, the muzzle ends are heated up to a point where the solder holding the barrels together begins to melt, at this point the barrels can be independently moved in any direction to obtain the correct convergence and point of aim. This is done by relieving the opposing bolt and tightening the other side. Adjustments are made in small movements of about .0010" a time although this is where the process becomes one of feel and knowledge rather than pure measurement. The barrels are then allowed to cool down completely after which they are cleaned and the process begins again and is repeated until the desired result is achieved. 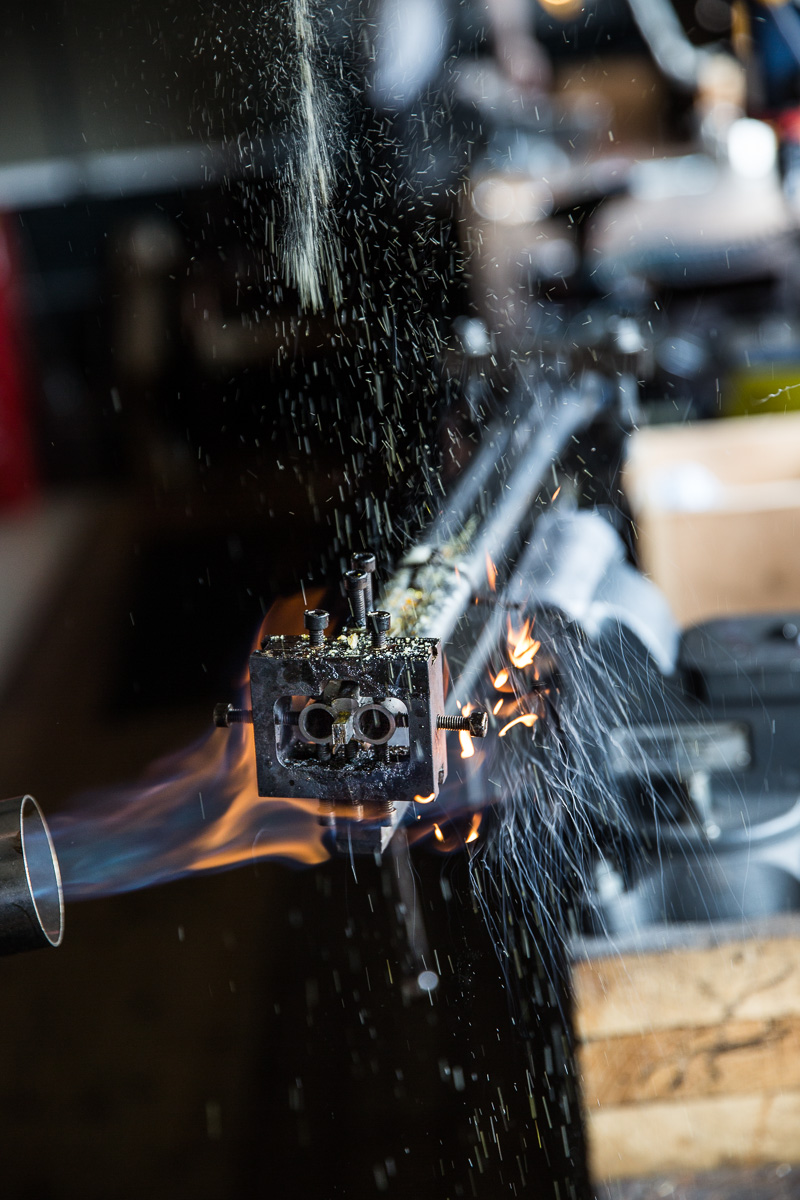 Flux is applied to the barrels to keep the solder running freely during heating. 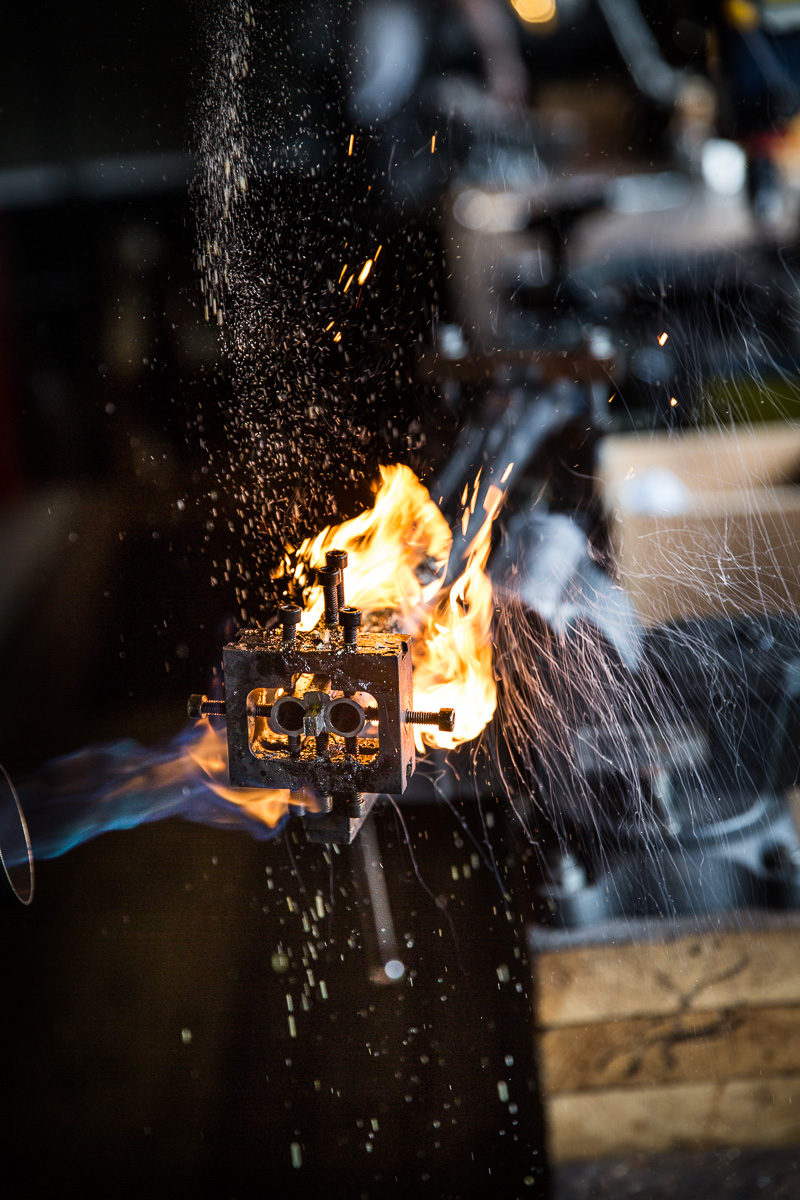 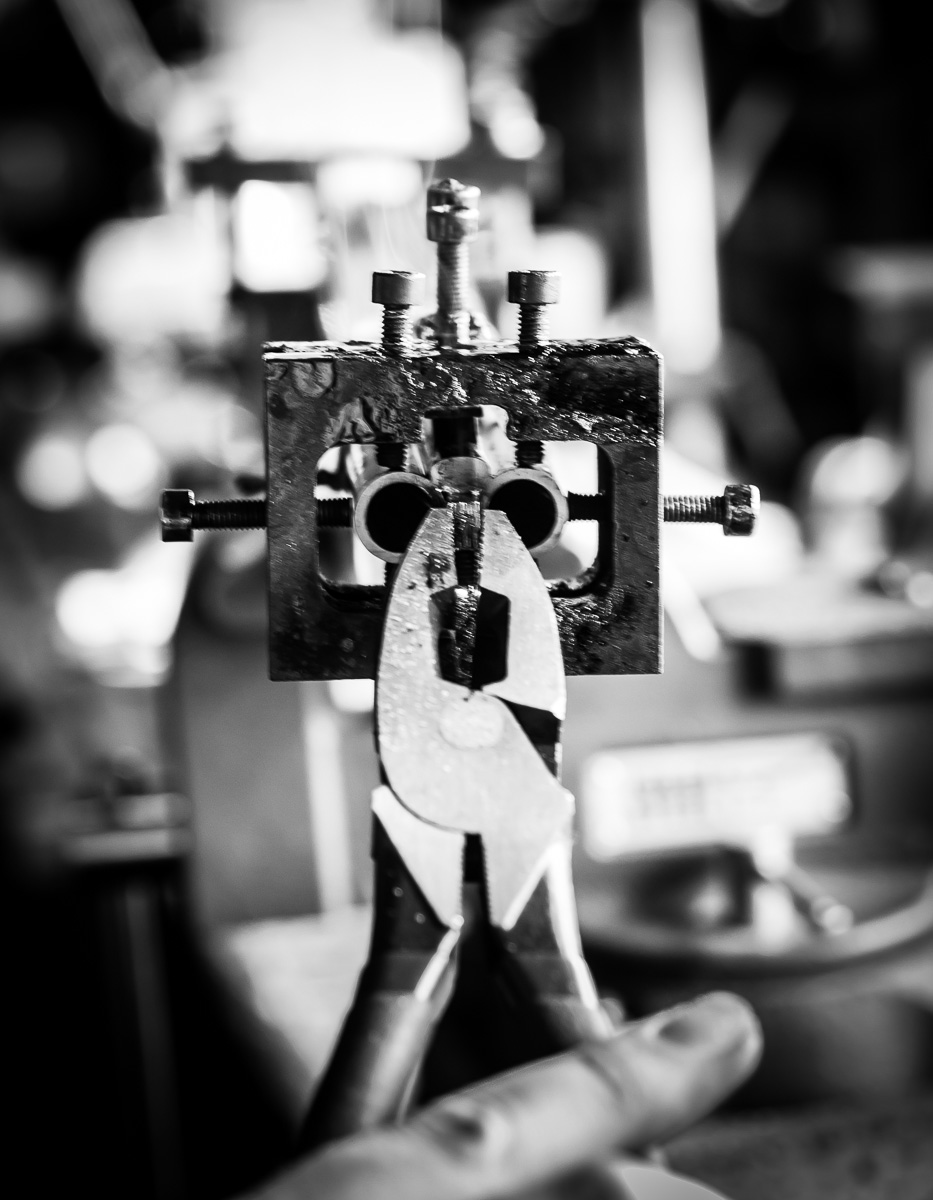 Drawing out the wedge in order to move the barrels closer together. 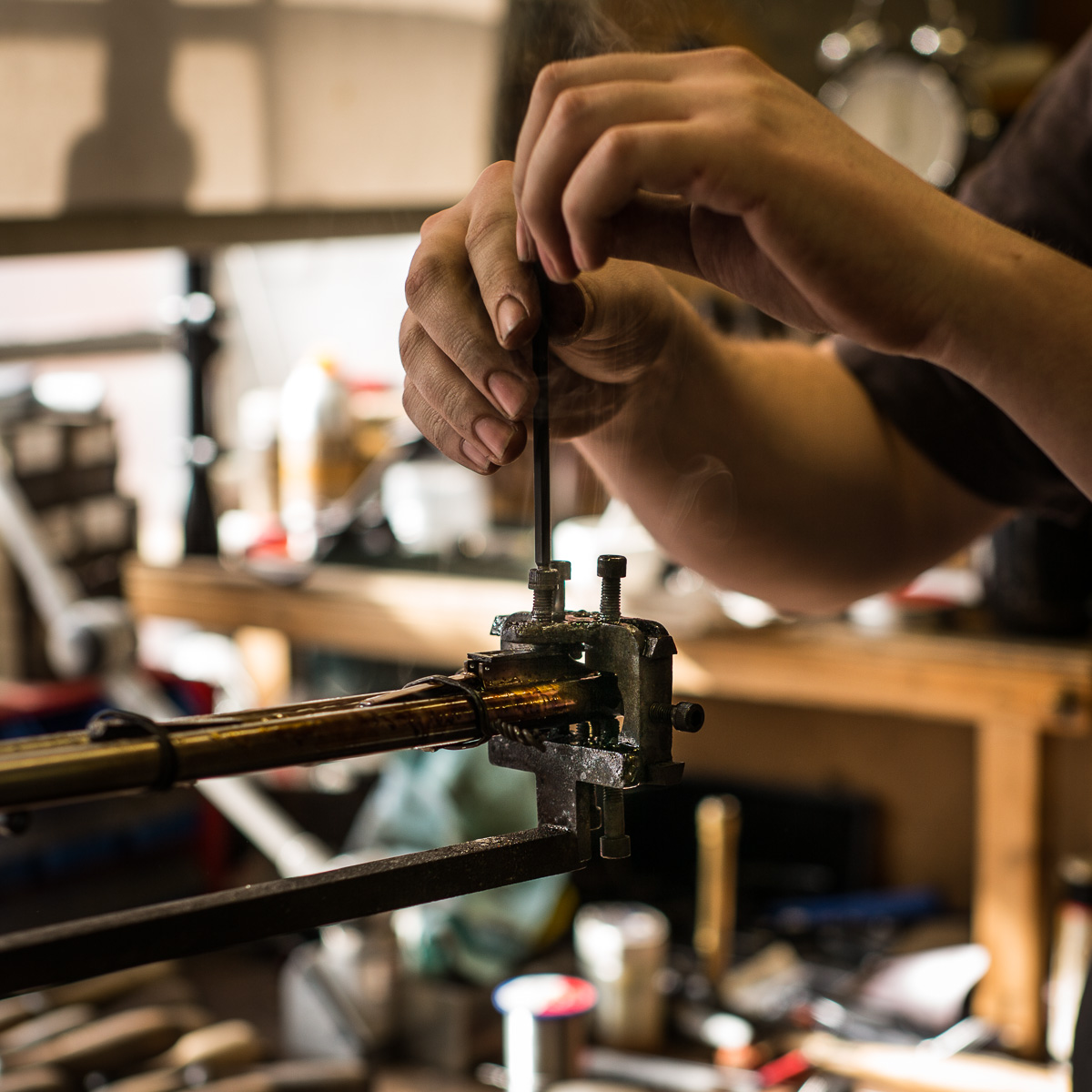 Minute adjustments are made in the jig using hex key. 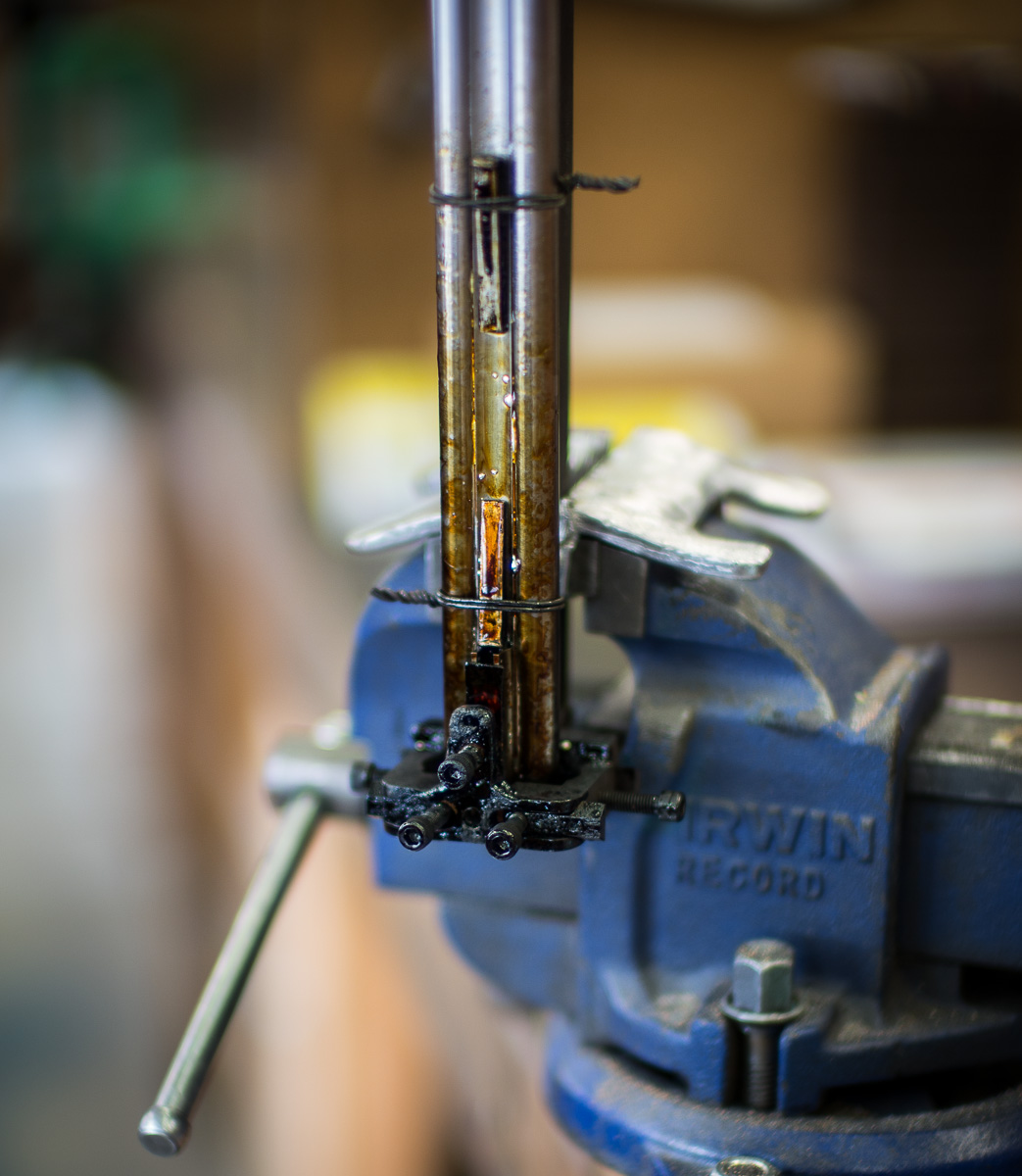 The barrels cooling down in jig. The wire wraps are in place to keep the barrels in place. 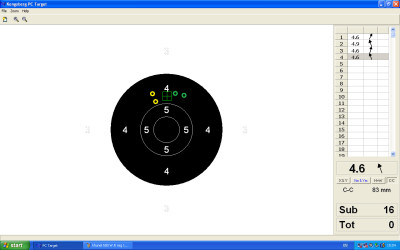 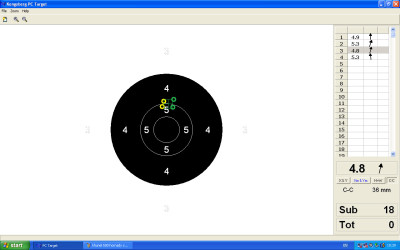 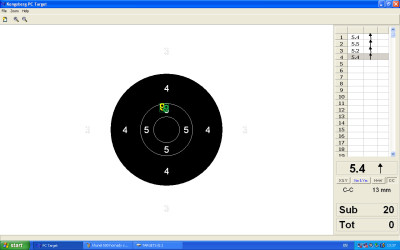 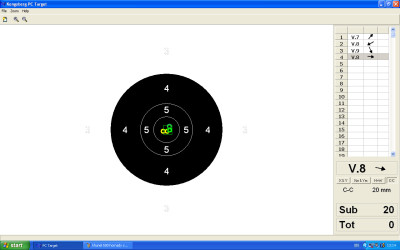 A series of 4 targets showing the movement of the shots after regulating in jig. 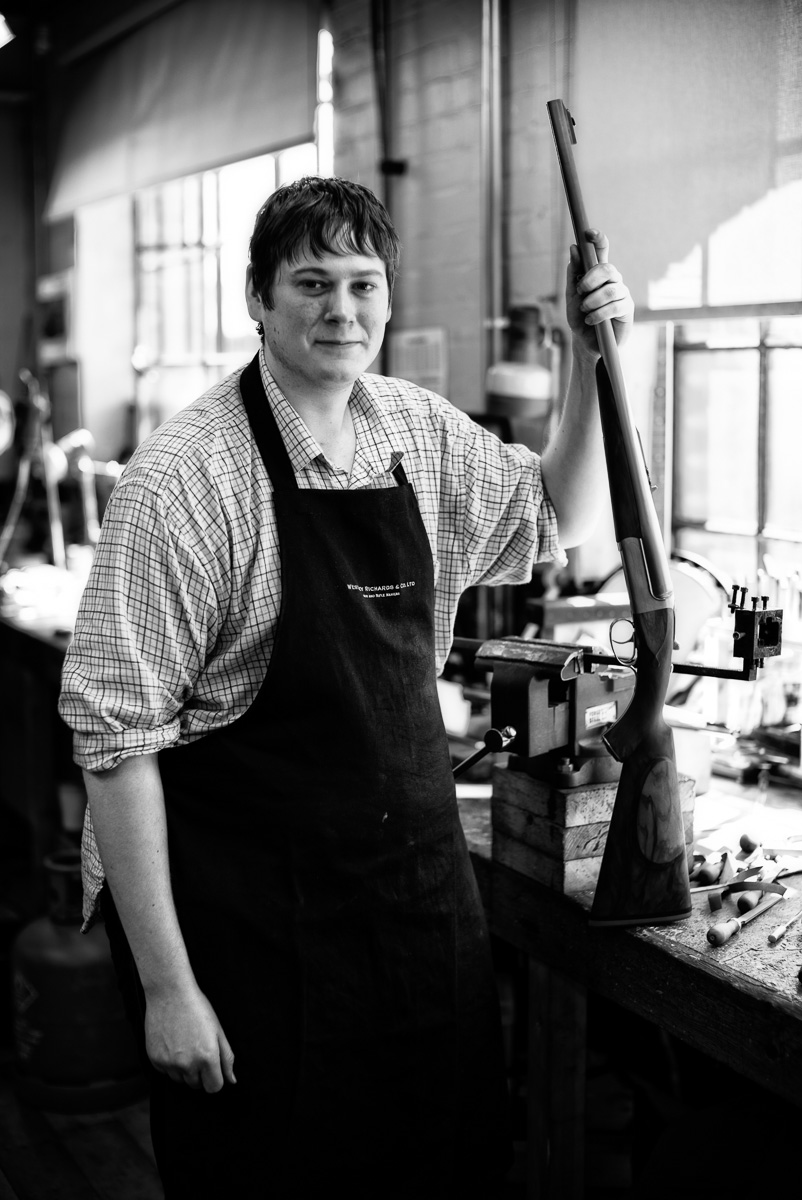 Stuart Richards with another completed rifle.

I can say without hesitation that in all my years here with the company, the regualtion process has not been done as efficiently and accurately as it is being done now in the careful, young and enthusiastic hands of Stuart Richards who tells me his fastest regulation was in 8 shots and the longest over 100 shots, and also points out that the large calibre's are so much easier than the small ones. I know there is a sincere sense of pride every time he produces a final target which are always exceptional.