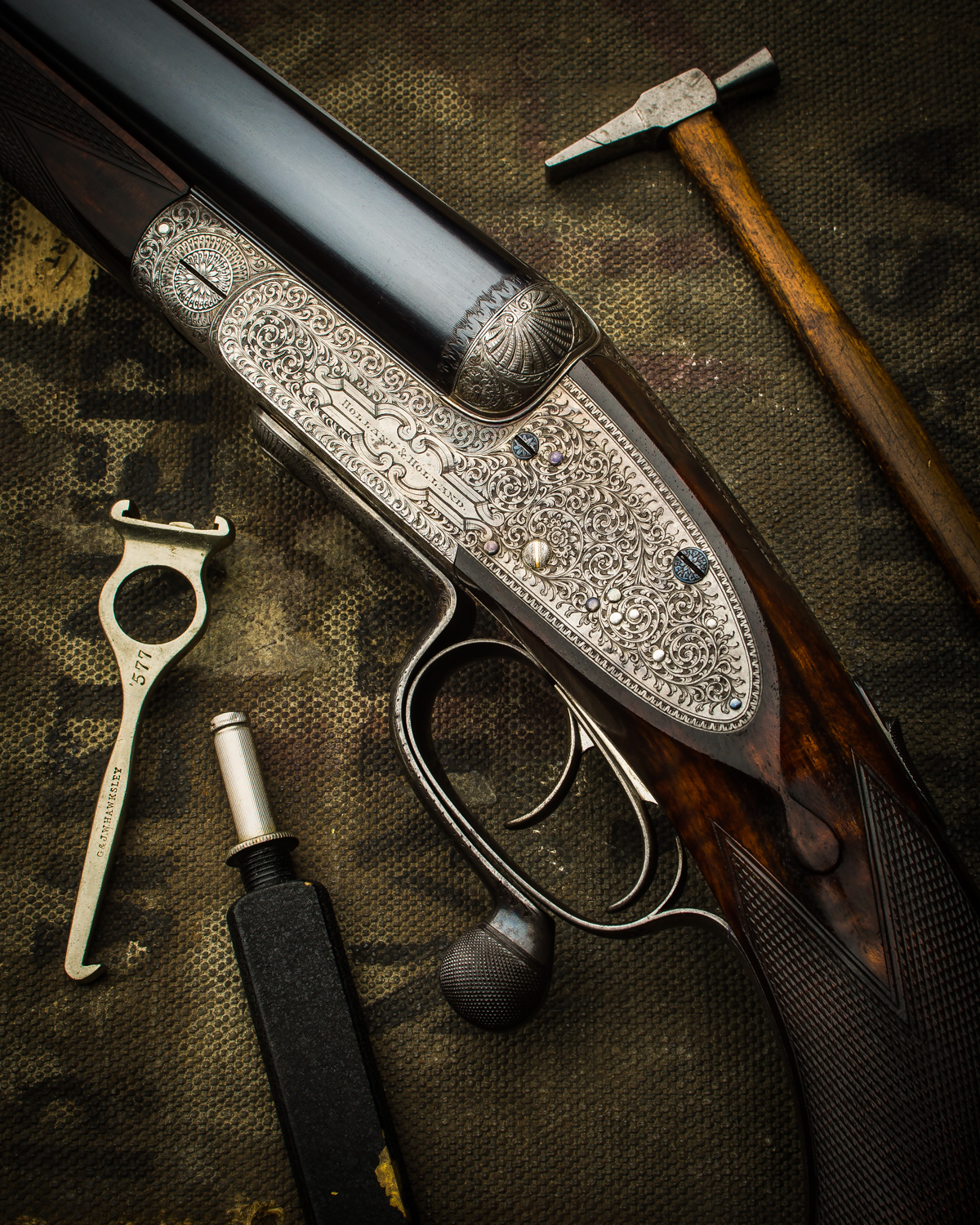 Sourcing pre-owned guns for sale is as varied and unpredictable as the British weather. From a vintage Boswell .303 single shot rifle to a pair of as new .470 droplock double rifles and everything in between, we are lucky enough to get them in all shapes, sizes, calibres and conditions.

One particular rifle that proves my point is this interesting Holland & Holland hammerless ejector double rifle in .577 black powder. Completed in 1895 and made for C.C. Branch Esquire, the rifle remains in excellent original condition. Built with a sidelock, Jones under lever action with full elaborate scroll coverage and clam shell engraved fences. Full pistol grip stock measuring 14 ¾” to the centre of the Silvers recoil pad with a strap over comb, cheek piece, plain gold oval and splinter forend with lever release. 26” barrels with mint bores and crisp rifling, rear express sight and ramp foresight with folding moon sight. The rifle weighs 11lbs 5oz and is an impressive thing to handle. It’s easy to admire the workmanship of this piece and one can only image the adventures that Mr. Branch had planned when he collected this rifle back in 1895. 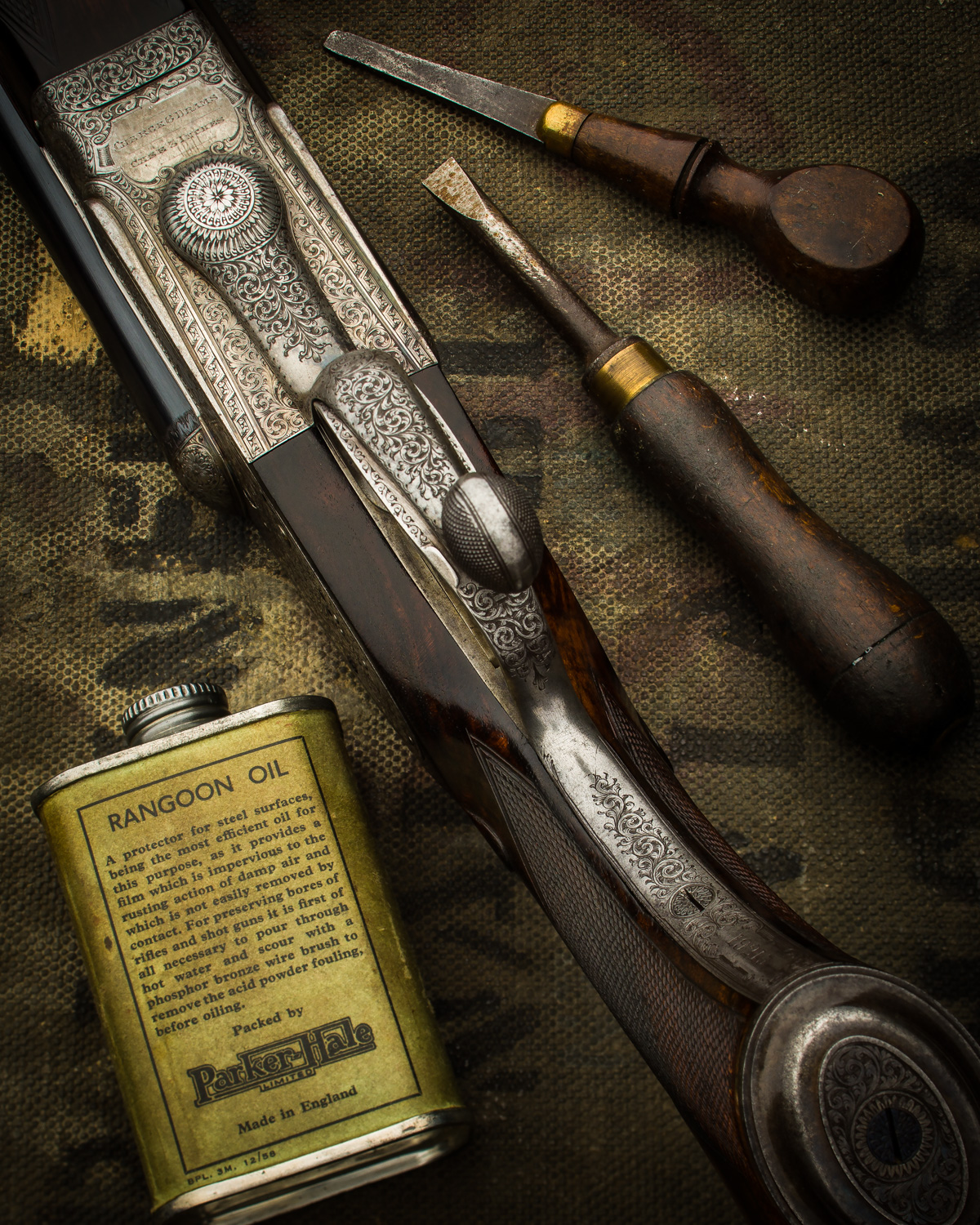 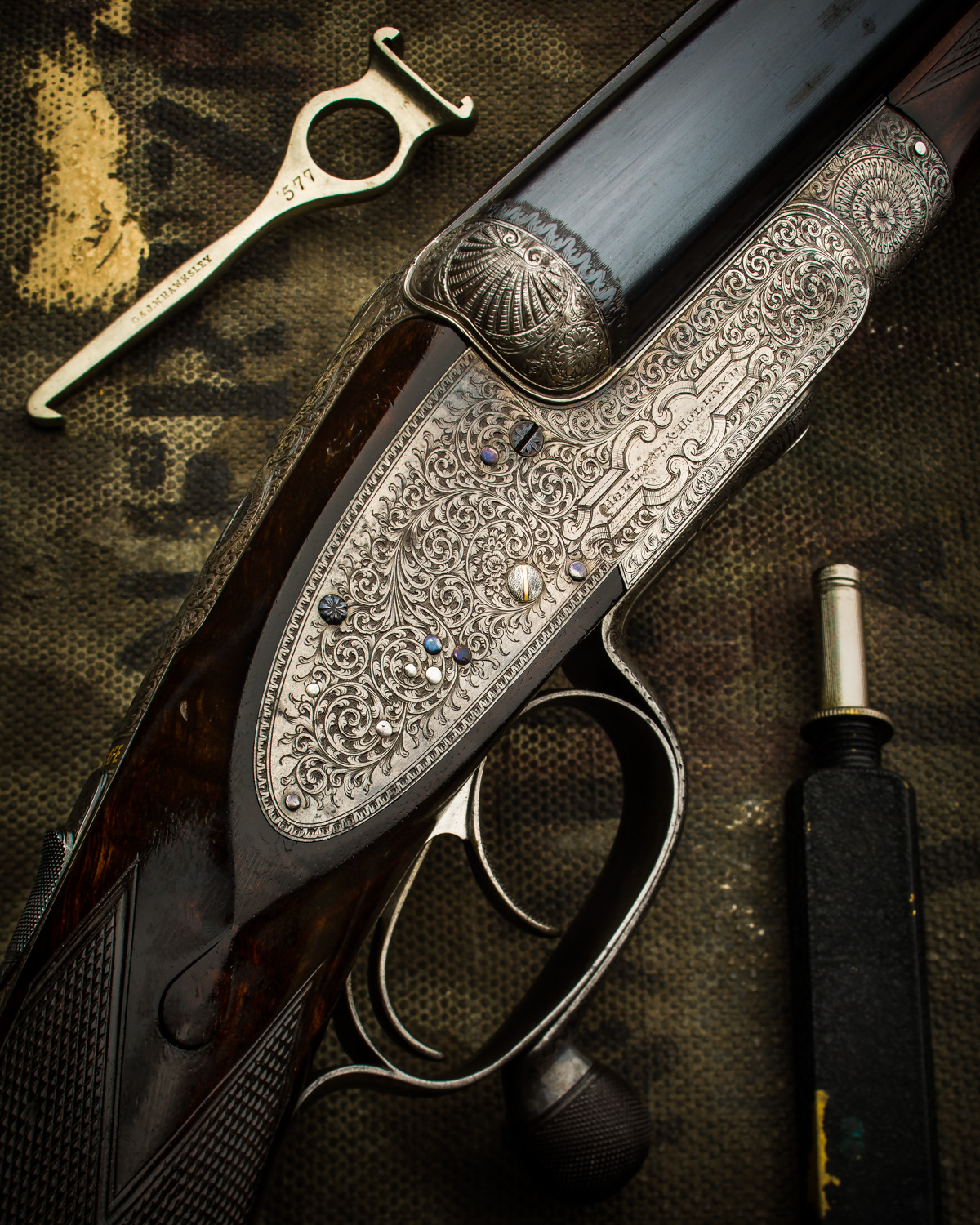 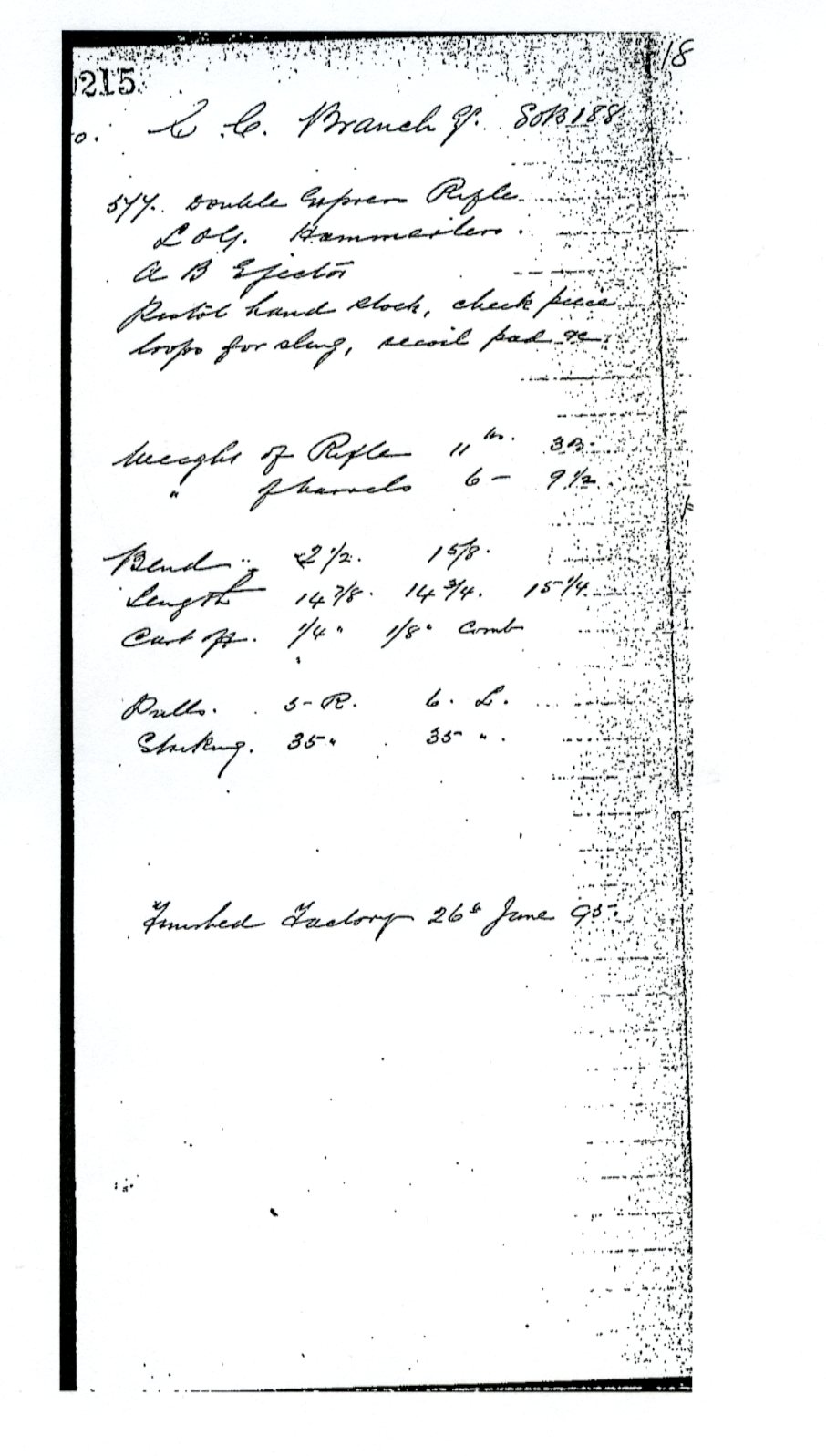 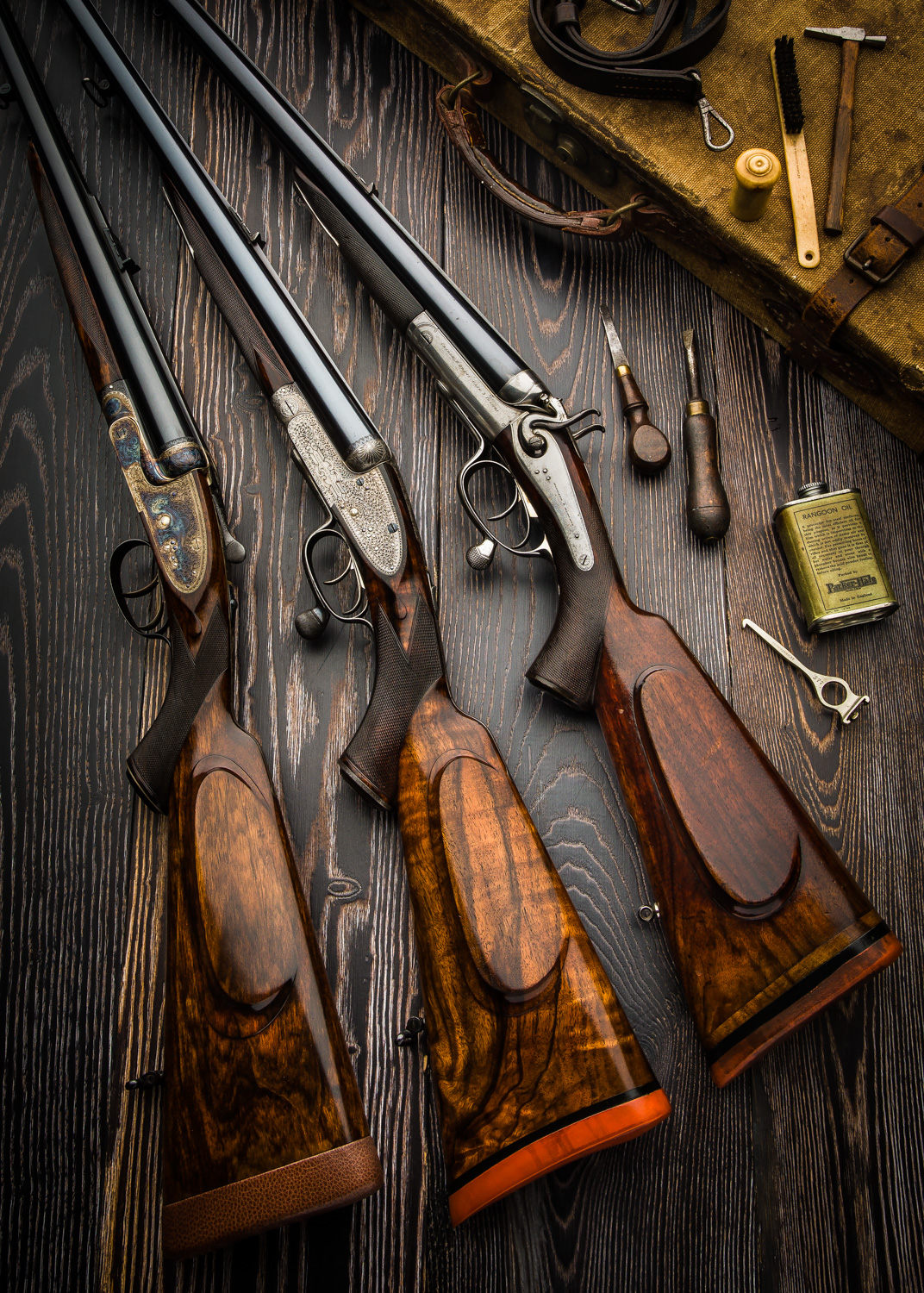