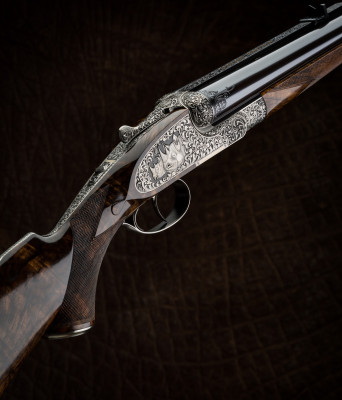 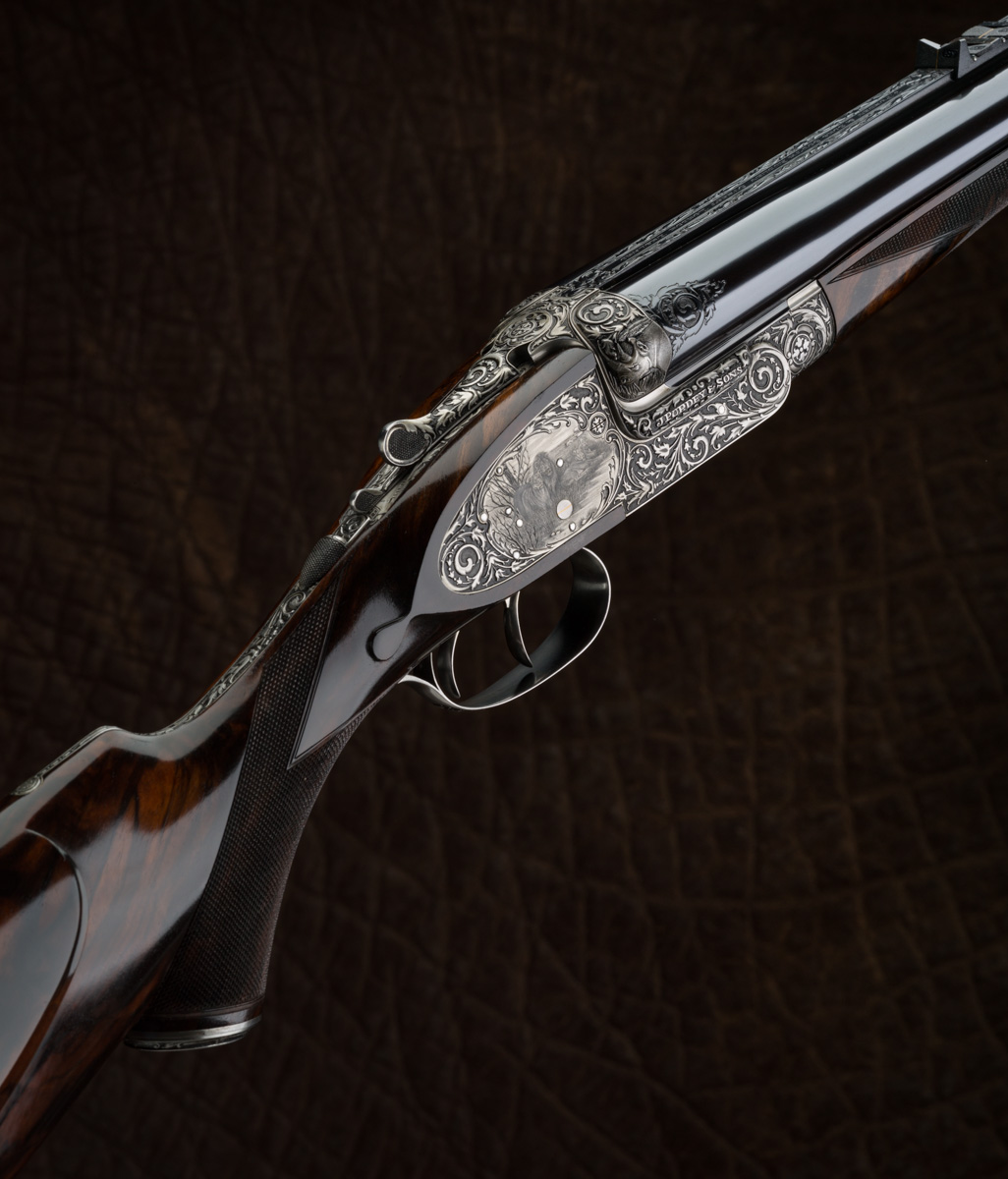 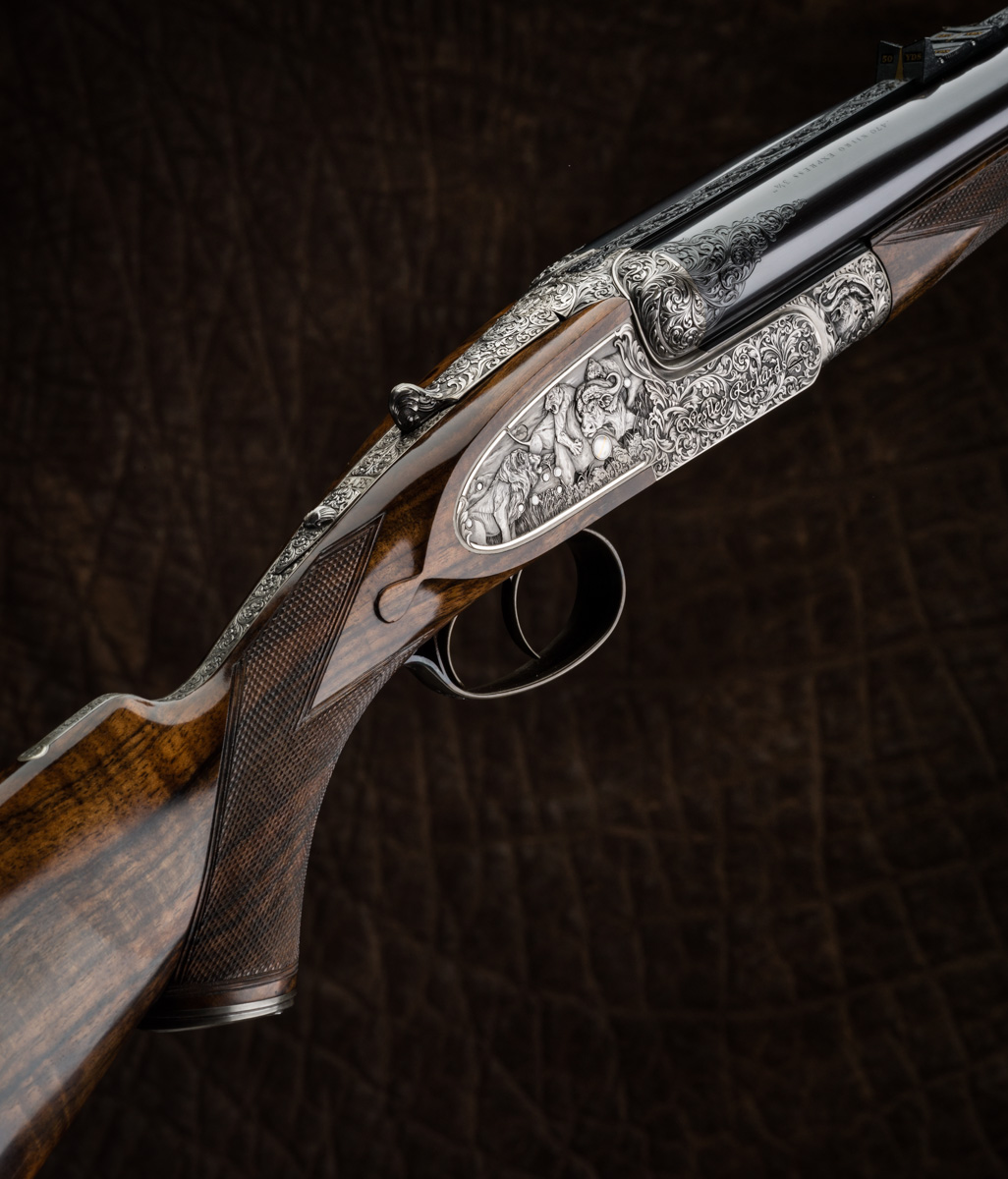 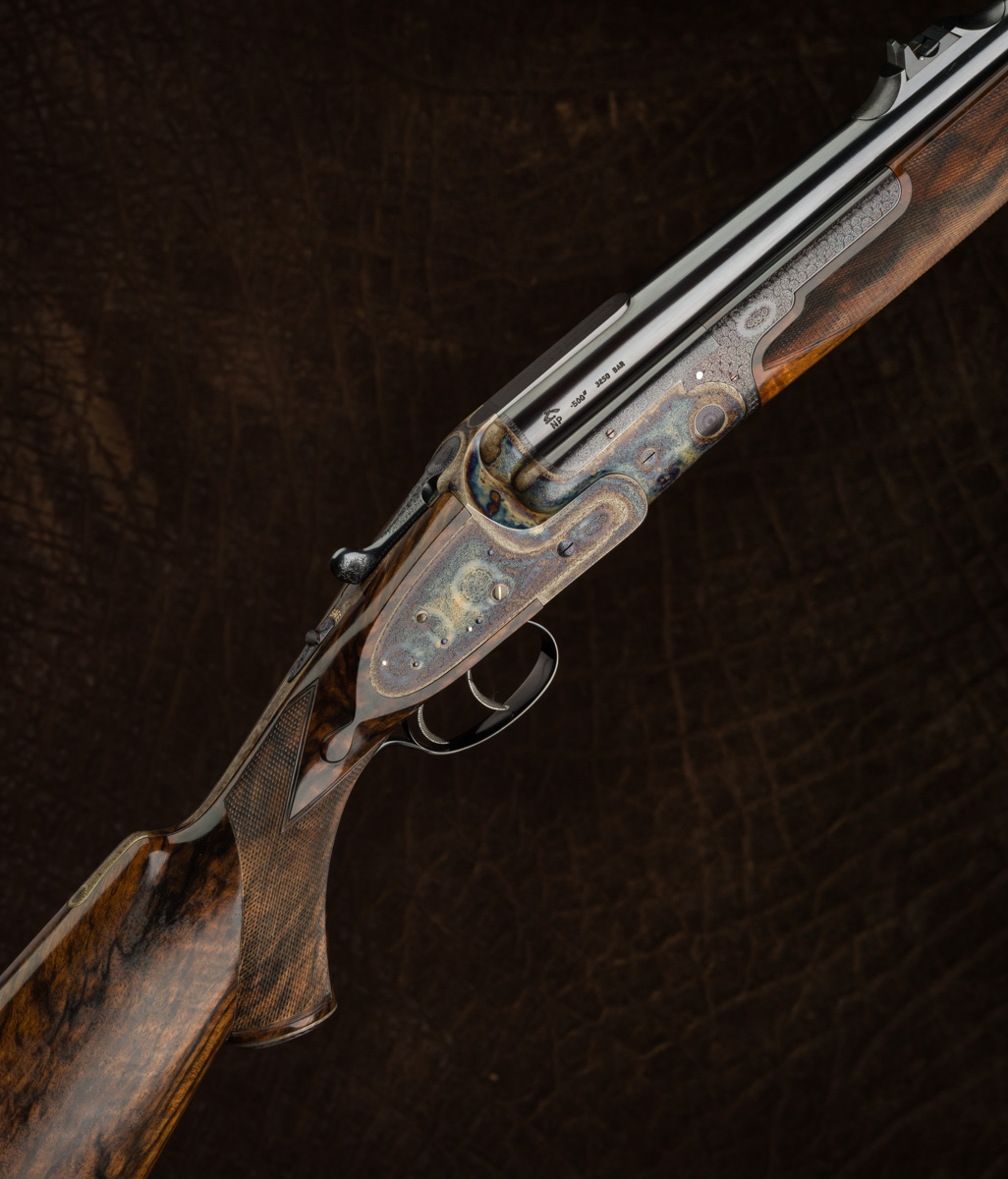 There are currently four gunmakers in England producing sidelock double rifles for dangerous game, an example of each of the companies models are shown above. All are rifles are built in recent times, by which I mean within the last 15 years. The first three are photographed from the same angle and in the same position as each other so a visual comparison can be made.