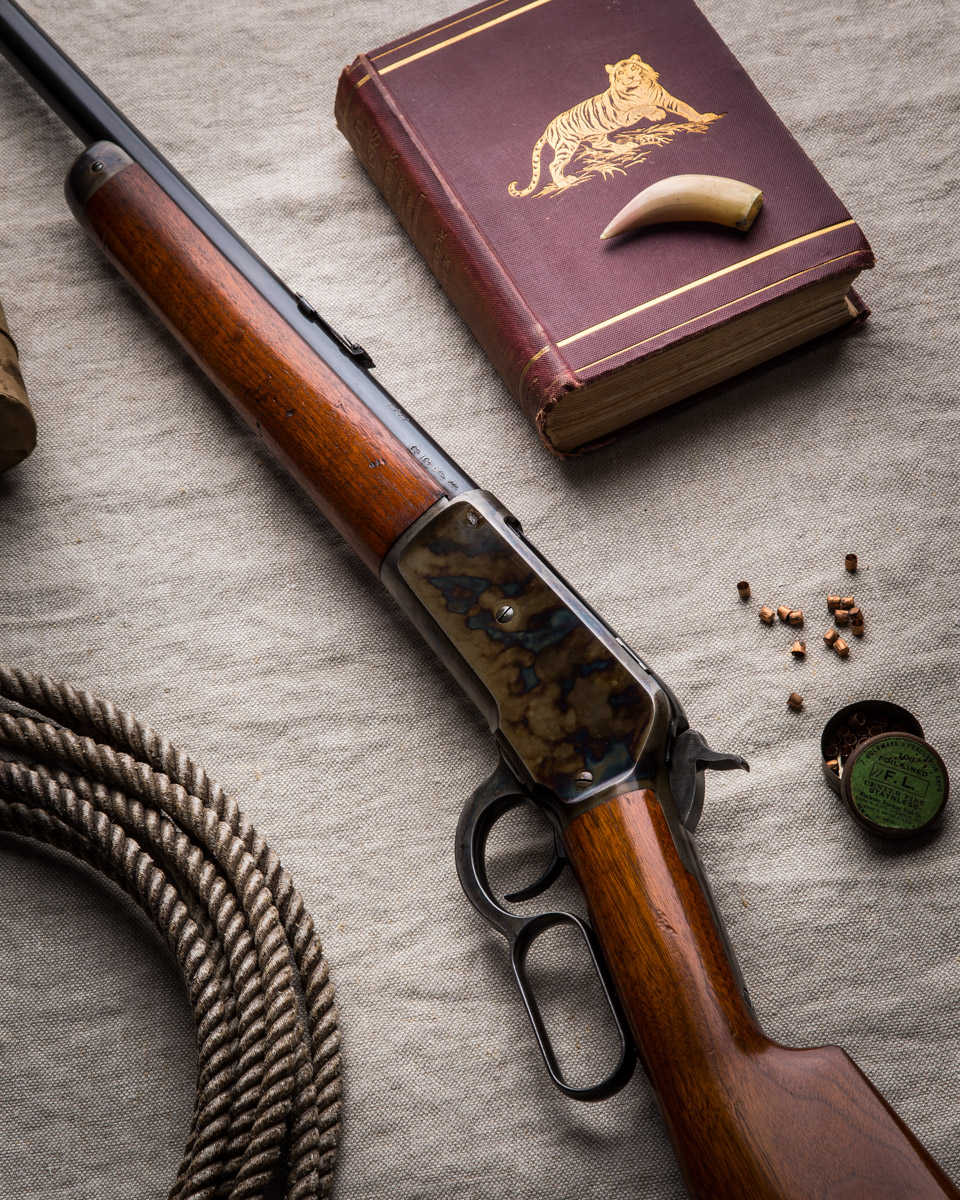 At Westley Richards, when it comes to dealing in second hand guns and rifles, we obviously focus on firearms from English makers. However, while we rarely mention American made guns on this blog, that certainly doesn’t mean we have any less appreciation for firearms from U.S. makers. I suspect most of our readers feel the same way and will find the Winchester rifle Trigger and I recently acquired just as interesting, and relevant to this blog, as we did.

For those of you not familiar with Winchester, a brief history on the company and their lever action rifles.

Oliver Winchester was an American industrialist, early venture capitalist and, in the mid to late 19thcentury, was a driving force in firearms development. His first success in firearms was in 1860 with his newly formed New Haven Arms Co. and Benjamin T. Henry’s patent Henry Rifle. The Henry rifle won much acclaim in the American Civil War and it is this rifle design that is the basis for the lever action format most of us think of today. Following on the success of the Henry, the Winchester Repeating Arms Co. was founded and the first gun the new startup produced was an improved version of the Henry, the Winchester Model 1866.  Seven years later and the introduction of the firm’s second rifle, the Model 1873 colloquially known as “the gun that won the west”, solidified Winchester’s place in gun making history.

Each of these new rifles were based on a design first developed by Walter Hunt for a breach loading repeating action operated by a lever with a tubular magazine under the barrel. When the lever is dropped, it ejects the spent case and cocks the hammer. When the lever is closed it lifts a round pushed from the spring-loaded magazine, closes the rifle’s bolt and chambers the loaded cartridge. These rifles became known Worldwide for their reliability and increased firepower and were adopted by both domestic and foreign armies as well as part and parcel to the U.S. expansion westward. 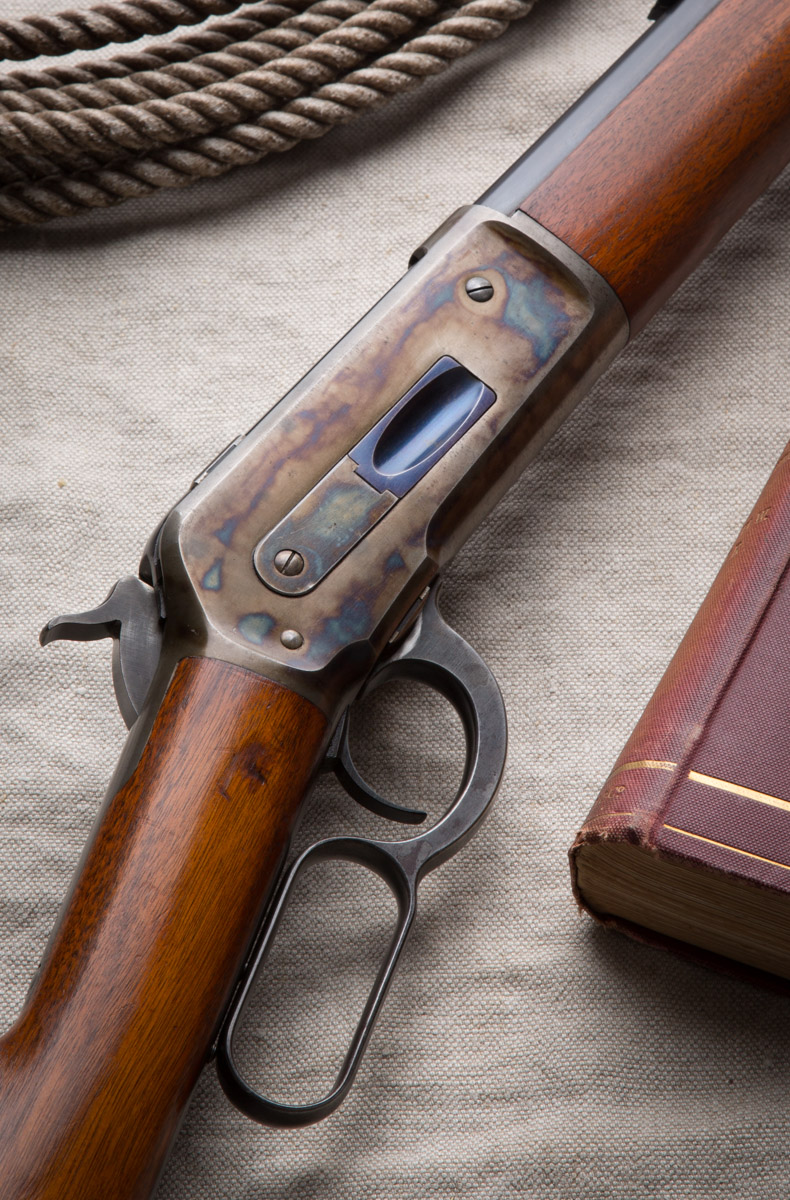 Much of Winchester’s success was due to the cutting-edge firearms designs the firm was producing. Always in search of the next big thing, it was not long until a young Mormon gunsmith and his newly designed falling block single shot rifle caught the company’s attention. In 1883 that young inventor, John Moses Browning, sold the company the rights to the design for what would become the Winchester Model 1885 High Wall. This would be the first of 44 patents the Winchester Company would eventually buy from Mr. Browning over their almost 20 years of collaboration. John Browning would go on to become one of the most important and prolific firearms designers in history. In turn, and due in part to Browning’s gun designs, Winchester remains one of America’s greatest gun makers to this day.

Of all the guns that this historic partnership produced, it is the Model 1886 that I think was the best. The Model ’86 was the second design Winchester contracted from Mr. Browning and, like many of Mr. Browning’s designs, some version of it remains in production today. While the ’86 incorporated design fundamentals from the Henry and the Models 1866 and 1873, the action is heavier and has a modified bolt and the addition of a locking-block bar. Strengthening the lock up and beefing up the action allowed the ‘86 to handle the most powerful black powder centerfire cartridges of the day, such as the .45-70 Gov’t, the .45-90 WCF and the .50-110 Express.

By the late 19thcentury, Winchester rifles were in use around the World by foreign armies as well as by adventurers and explorers such as Henry Morton Stanley. A few British Firms such as Watson Bros. (who imported Stanley’s Winchester rifle) imported Winchesters to serve the small but growing demand for the reliable and powerful repeating rifles. The firm Boss & Co., famous today for its O/U shotguns, also ordered what is believed to be 49 Winchester rifles prior to WWII. 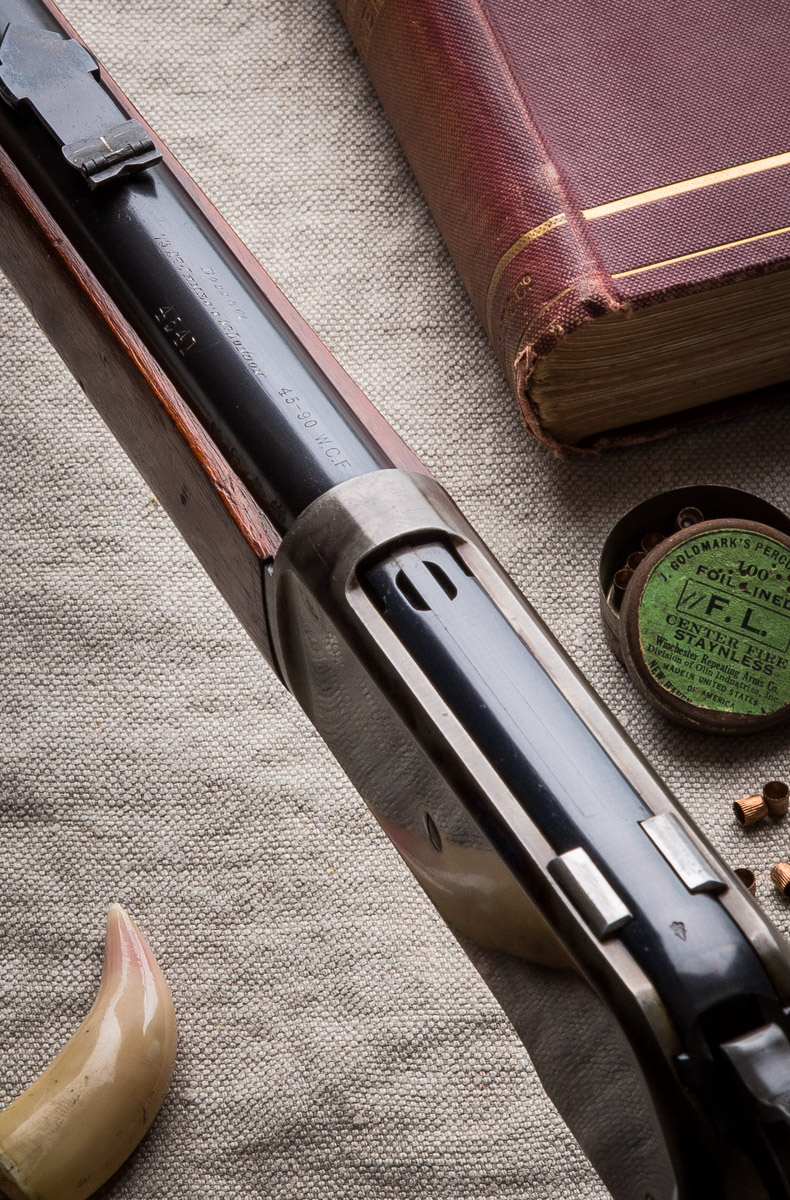 The Winchester Model 1886 pictured here is one of those rifles imported to England by Boss & Co.

On the top of this rifle’s barrel it is engraved between the rear sight and the receiver, “Boss & Co. 73 St. James’s St., London” and under the company’s name and address the number “4541”. The Boss & Co.ledgers shows entry “4541” as a “Winchester Repeating Arms Co. Model 1886 in .45-90 fitted with a half magazine” and shows it was imported in 1897. On the barrel, the bolt and an annealed spot on the color hardened action, the gun is stamped with the period’s London proofs.

The rifle’s original serial number is 110455 and according to Winchester records was shipped from the factory in 1896 and made with a 26” round barrel, a half magazine and a shotgun butt and chambered for the black powder cartridge .45-90 WCF. Most commonly, the standard Model ’86 had an octagon barrel, full magazine and a crescent shaped butt. The standard configuration was heavy though and the crescent butt was quite uncomfortable for shooting such powerful rounds. This Model ‘86 shipped to Boss & Co. was a special order with its round barrel and “button” style magazine that was “half” the length of a standard one. The round barrel and shorter magazine made the rifle a bit lighter and handier than most Model 1886 and the “shotgun” butt is flat making the rifle’s considerable recoil more manageable. All Model 1886 receivers were color case hardened until 1901 and this rifle displays almost all the original case colors. The barrel has a perfect bore and retains probably 98% of its original rust blue finish. The original factory varnish on the stock remains just as strong as the rest of the rifle and even the fragile Nitre blue on the loading gate is still wonderfully bright.

While I am anything but an expert on Winchester firearms, I think anyone can easily recognize this Winchester is one helluvarifle, no matter where it was made. 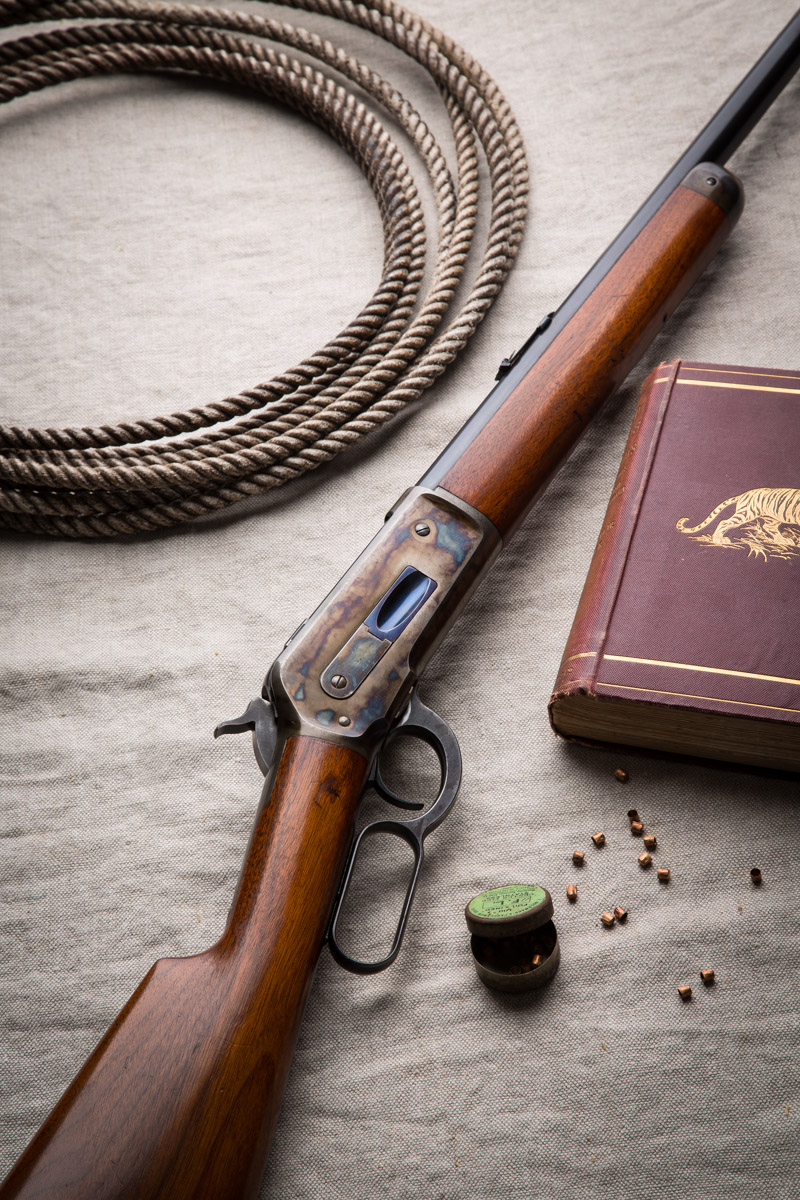