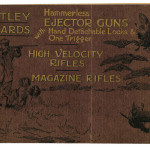 Of all the vintage catalogues and paperwork in our archive, my favourite has always been this small 52 page, 7" x 4.5" pocket size catalogue from C1908. This catalogue must have been the forerunner to the large scale and comprehensive catalogue of 1912, celebrating the firms centenary. 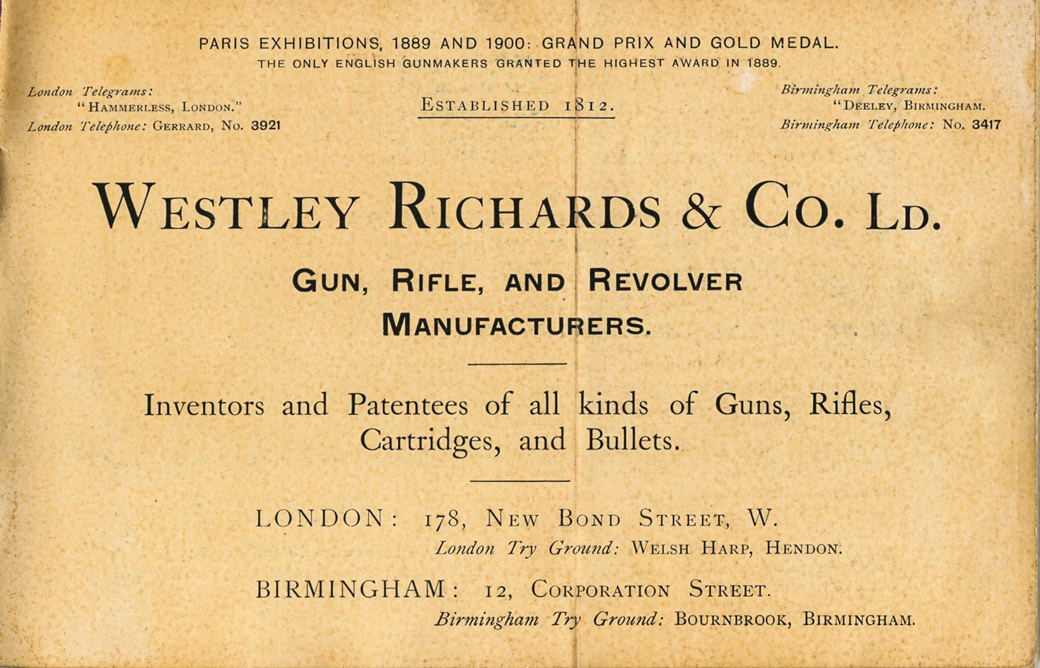 Half of this pocket catalogue is taken up describing in detail the key and unique design elements of the Westley Richards guns, namely the Single Selective Trigger and the Hand Detachable Locks. Detailed descriptions are given on their construction, operation and maintenance and these are complimented by both drawings and photographs. 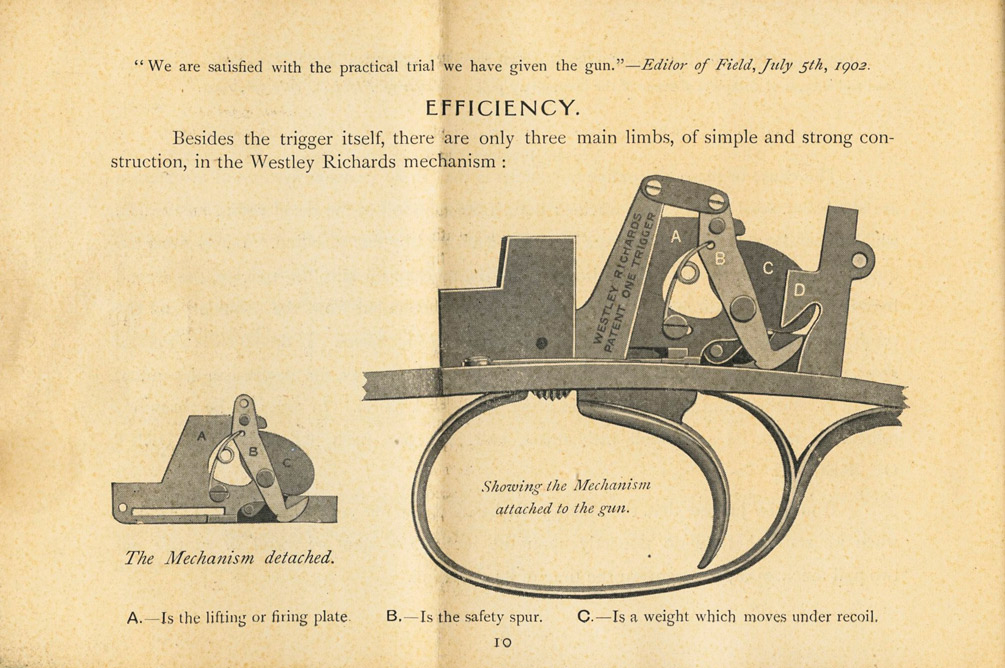 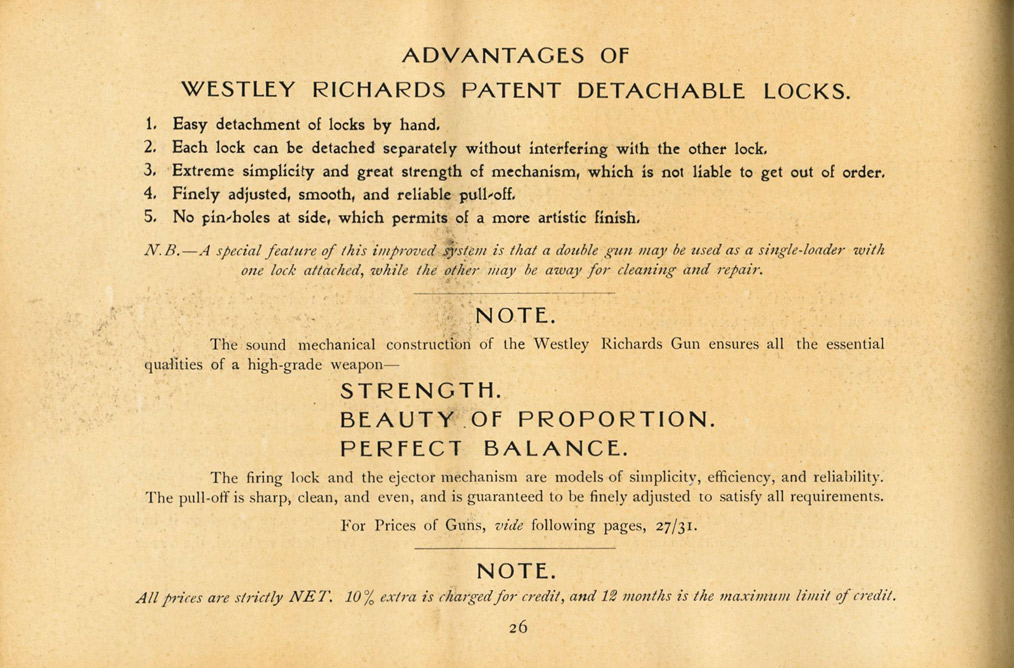 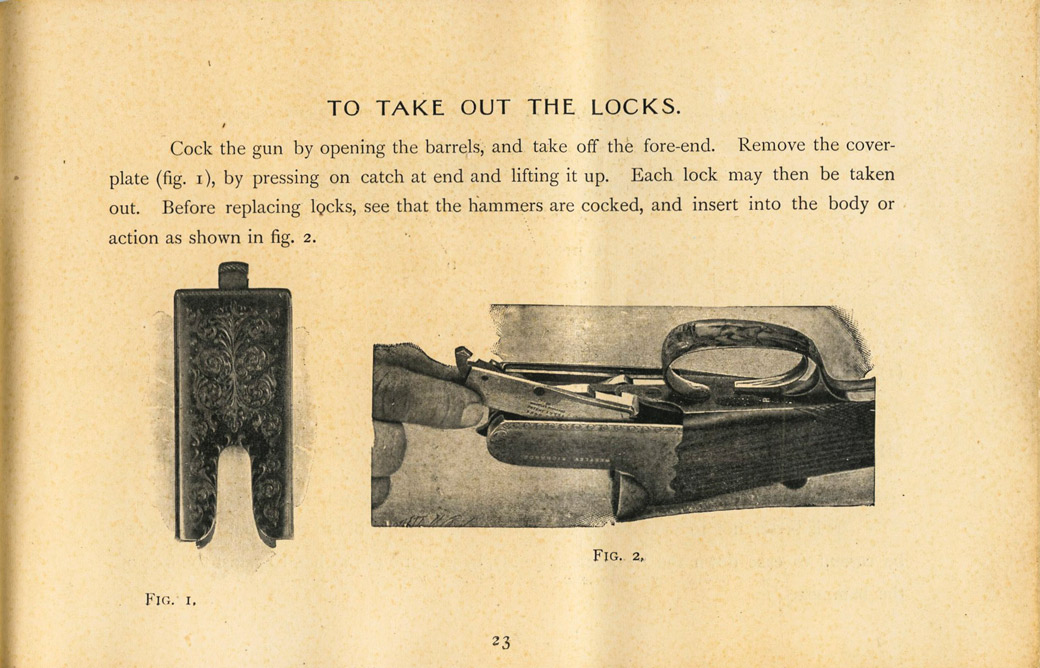 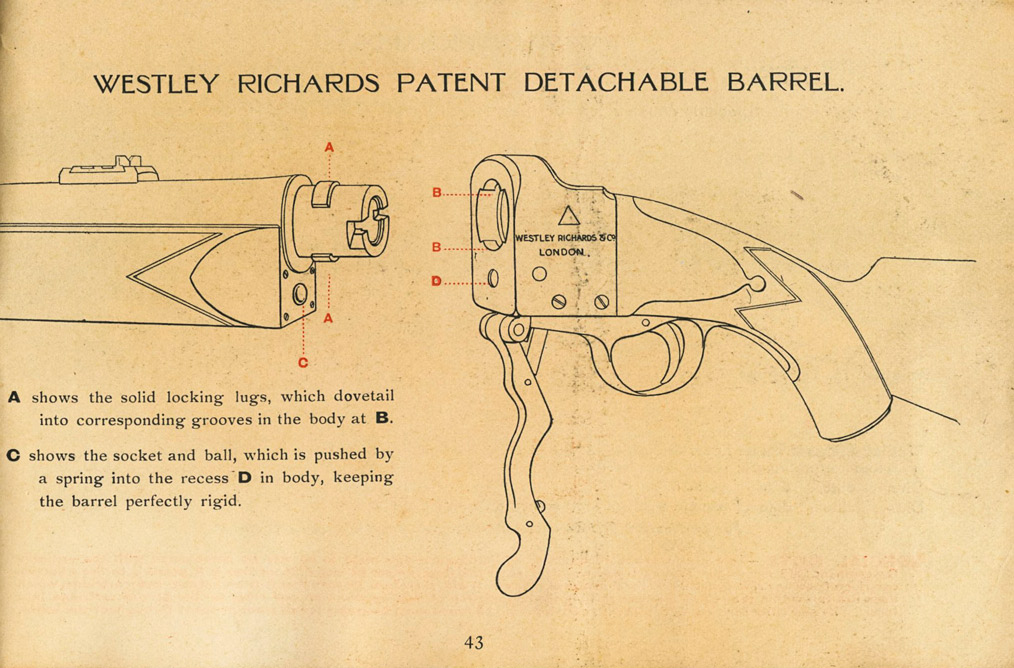 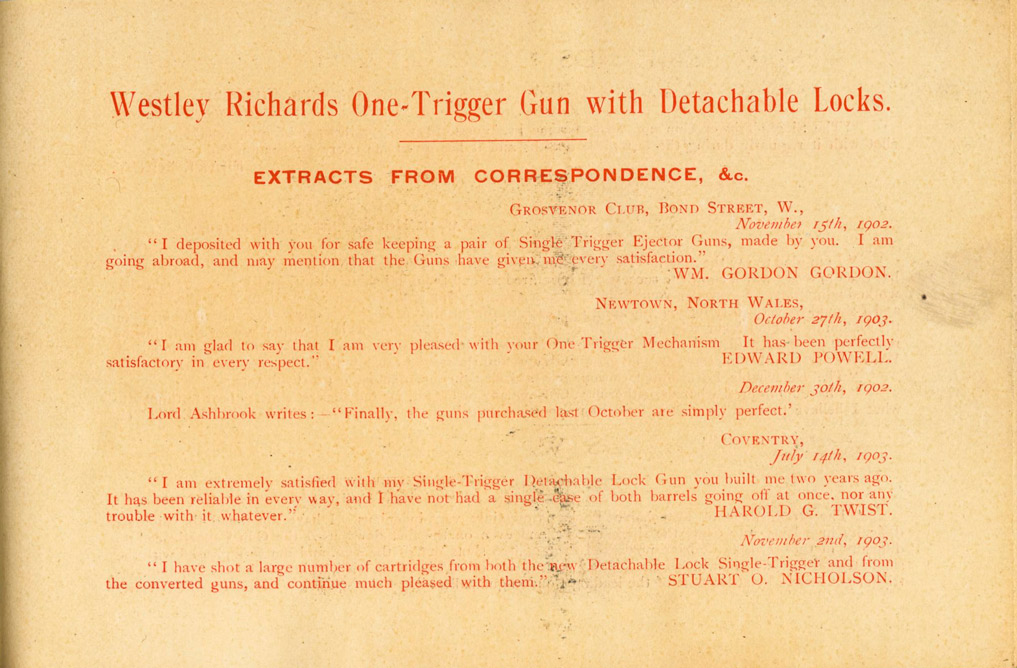 The second half of the publication has various guns of that period illustrated and priced with options. the guns covered are the hand detachable lock shotguns, high velocity nitro express rifles and the new single barrel take down rifles utilising the Westley Richards patented take down system. 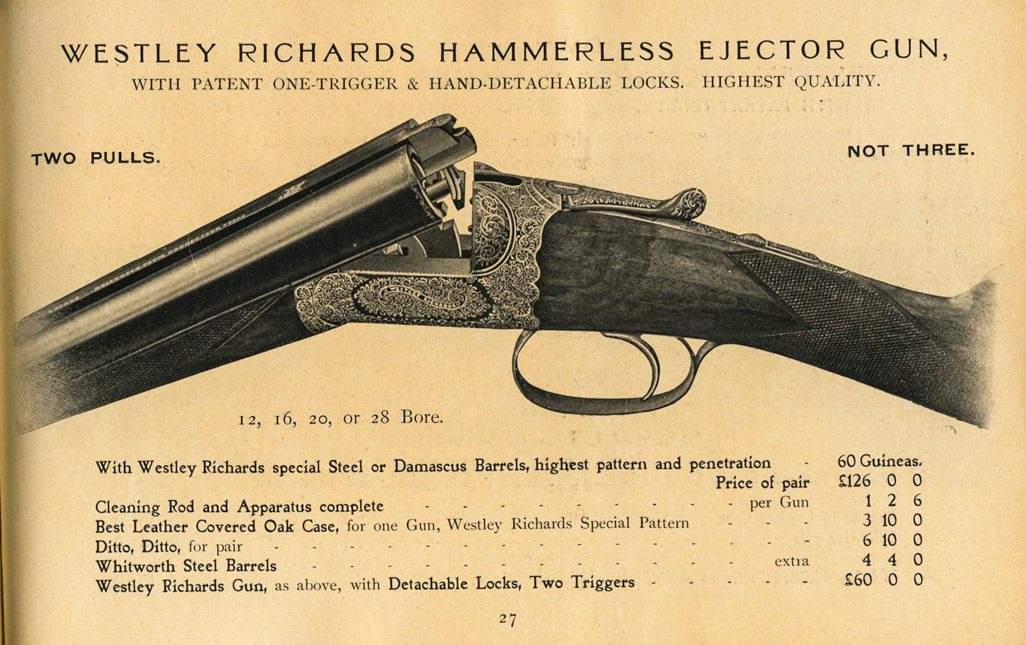 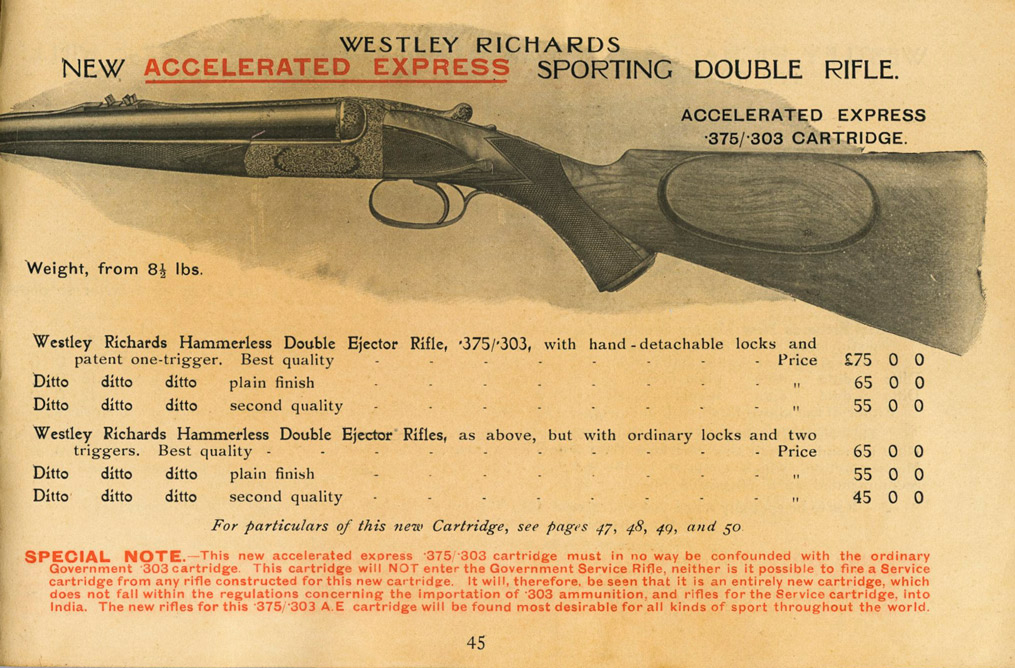 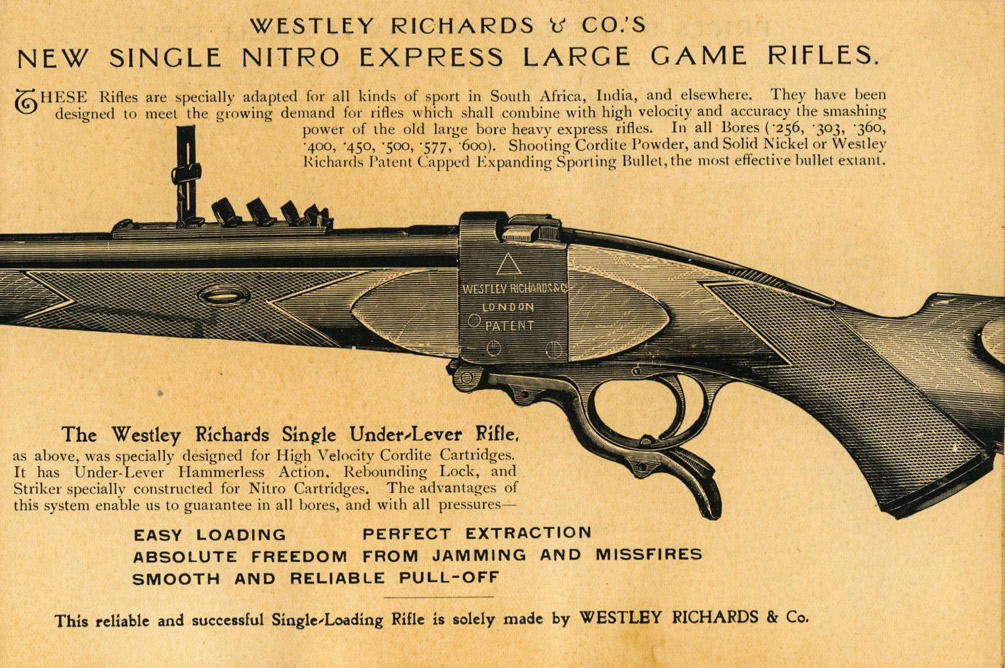 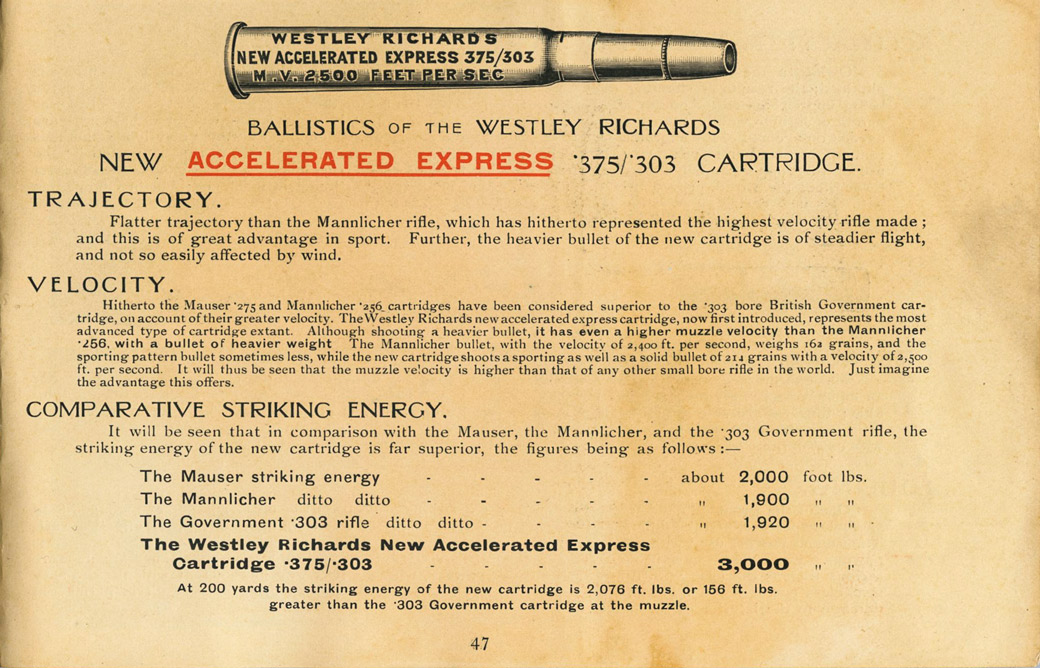 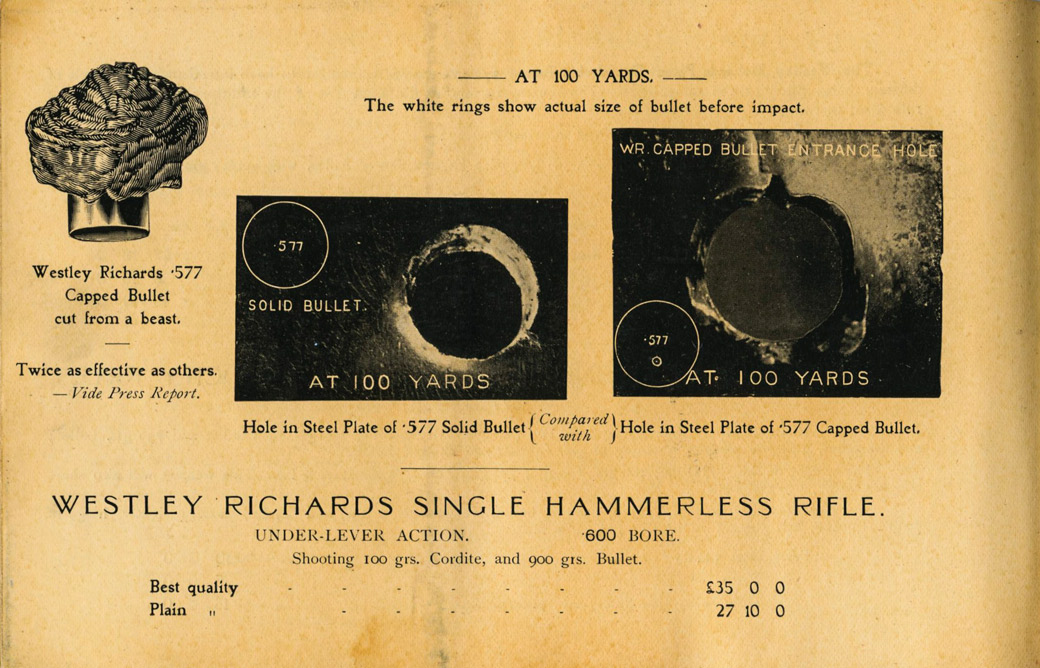 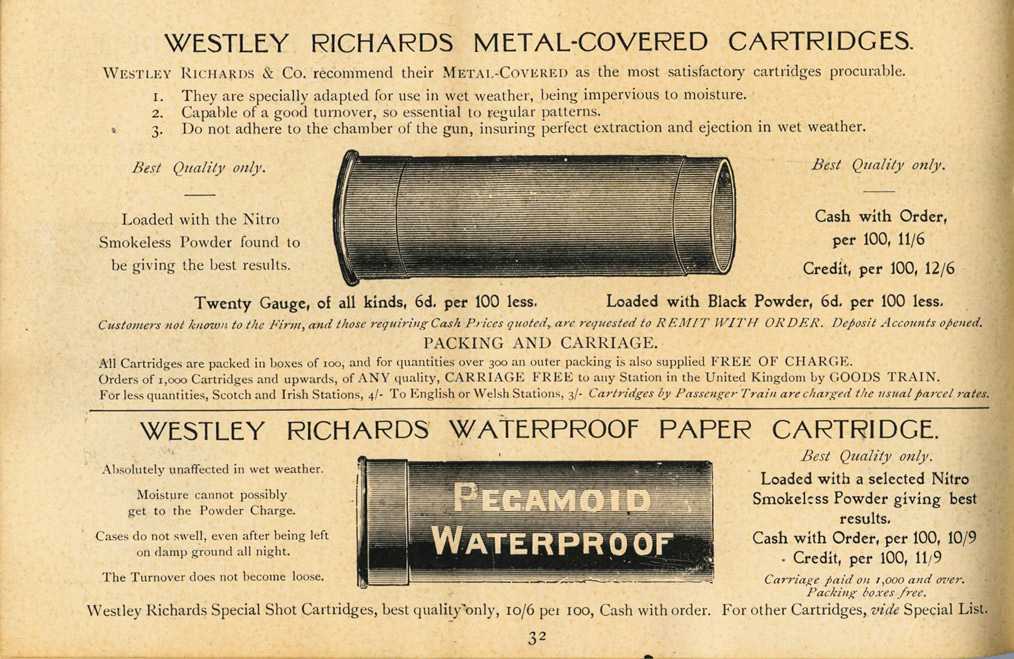 This is for me the perfect catalogue and as such will form the basis of our next catalogue which has been on and off the computer here for some months now. We hope to make it special so it will become a keeper rather than be chucked in the bin moments after picking it up!