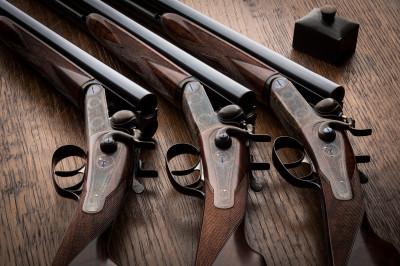 Quite unusual these, a set of 3 fully re-furbished 12g hammer ejector guns by J. Purdey & Sons. The work on these guns was done by J. Purdey and included new barrels, new stocks, and case colour hardening. They are in the condition of new guns and cased in a triple leather case with cover. I got these guns about 10 or so years ago, they were lying at the time in storage at Purdey's. The owner of the guns was going through a divorce and had asked Purdey to sell them for him, but they had done nothing about it. On his request, I went down to Purdey and asked to see the guns, Peter Blaine showed them to me along with a pair of Boss 16g side lever guns and a pair of Boss 20g  round action guns all owned by the same gentleman, my visit promptly reminded Blaine about the guns, "Oh, I really must do something about these"

I walked out onto South Audley Street, called the owner and gave him a price for the 7 guns, we haggled a bit and the offer was soon agreed and accepted. I walked back into the shop as he called, spoke to Blaine and released the guns to me, which they did, bemused!  I walked off with them, stolen, as it were, from right under their eyes! 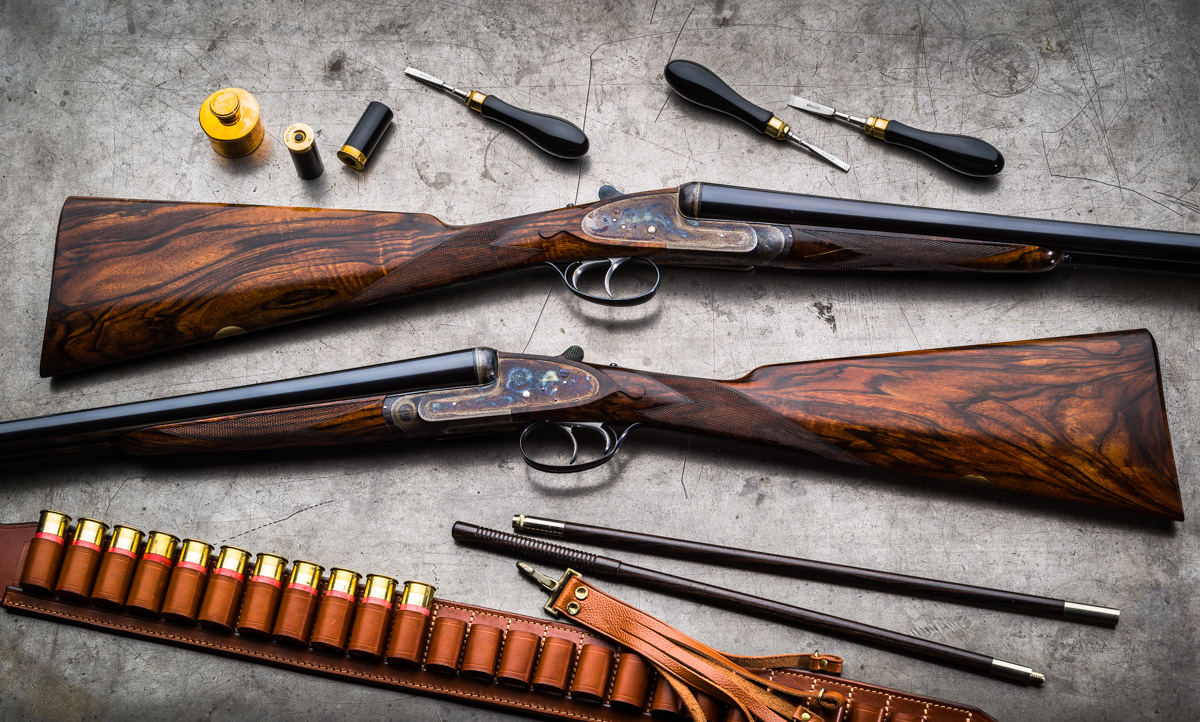 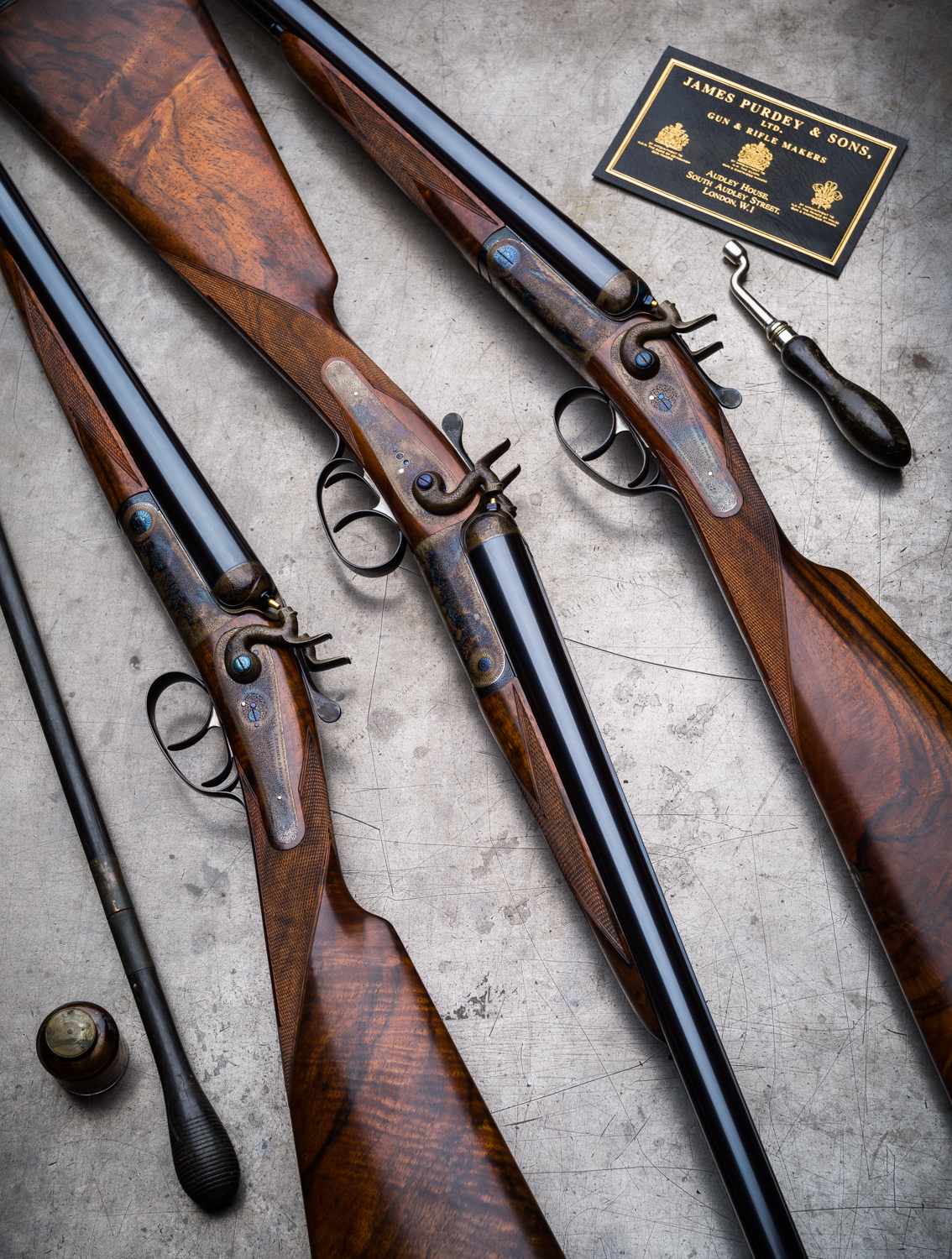 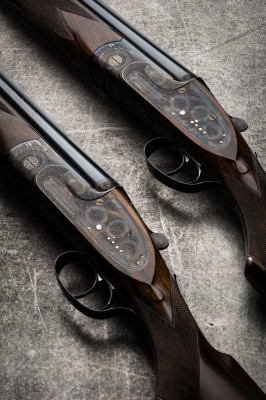 James Woodward & Sons. A pair of 12g over and under guns.