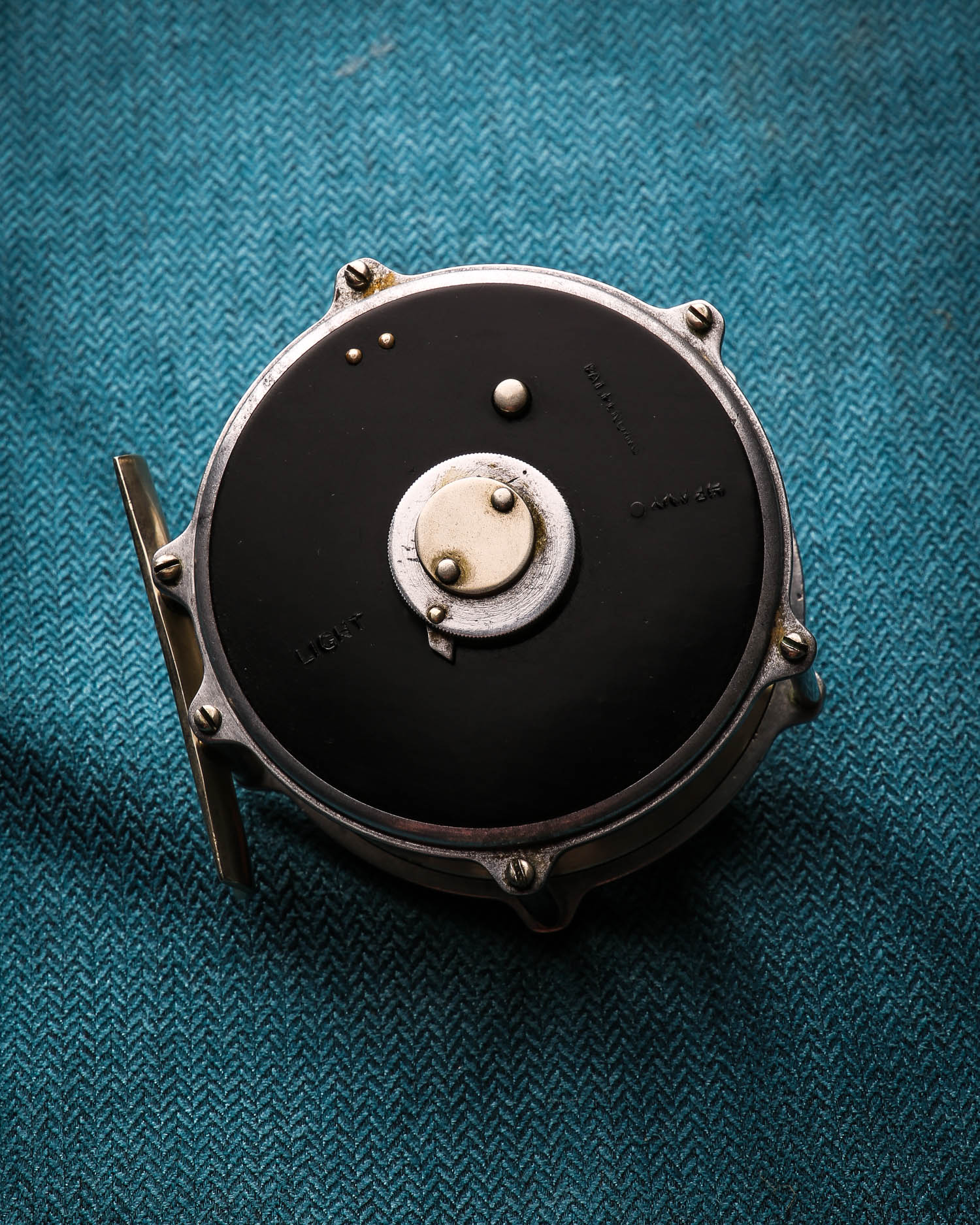 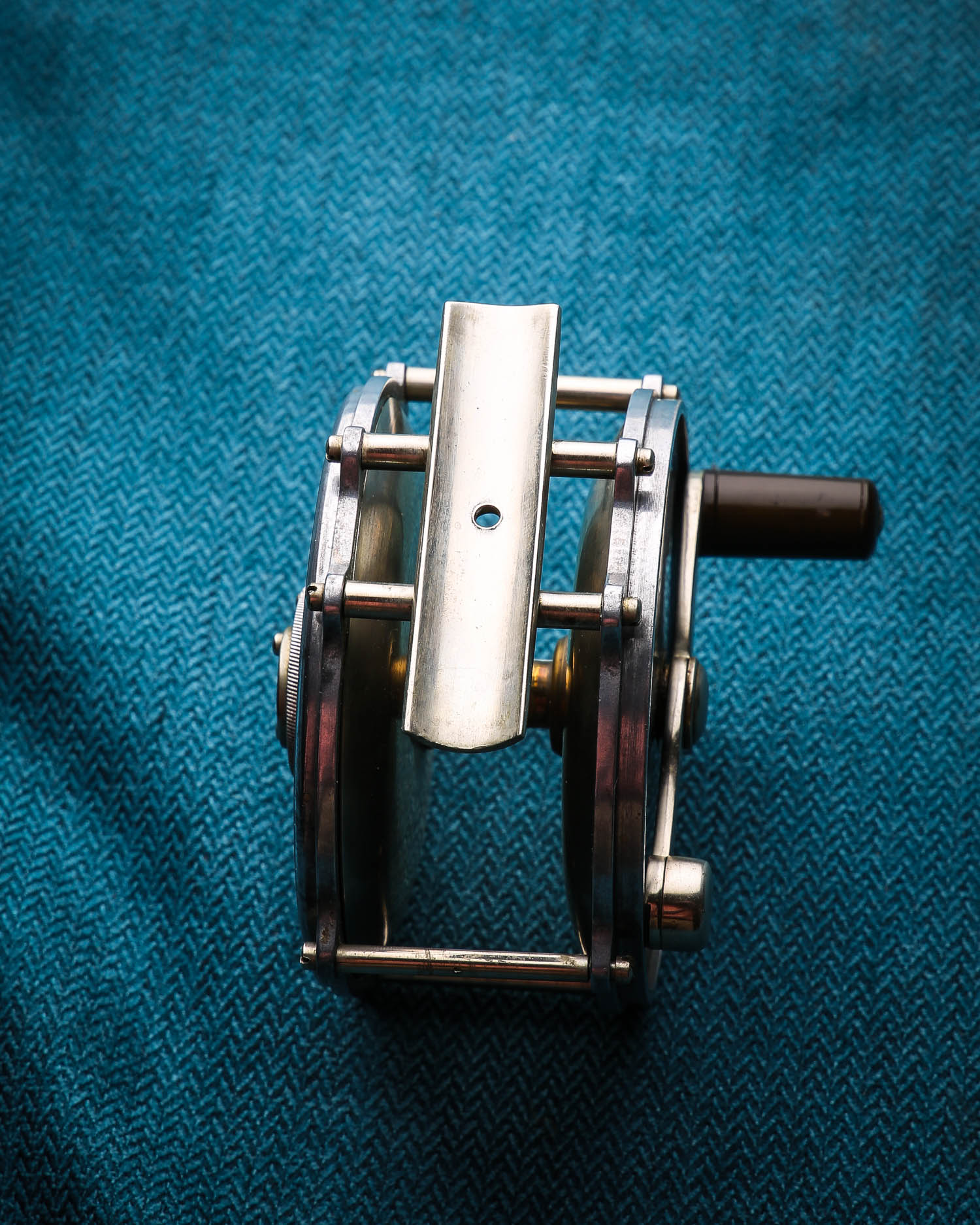 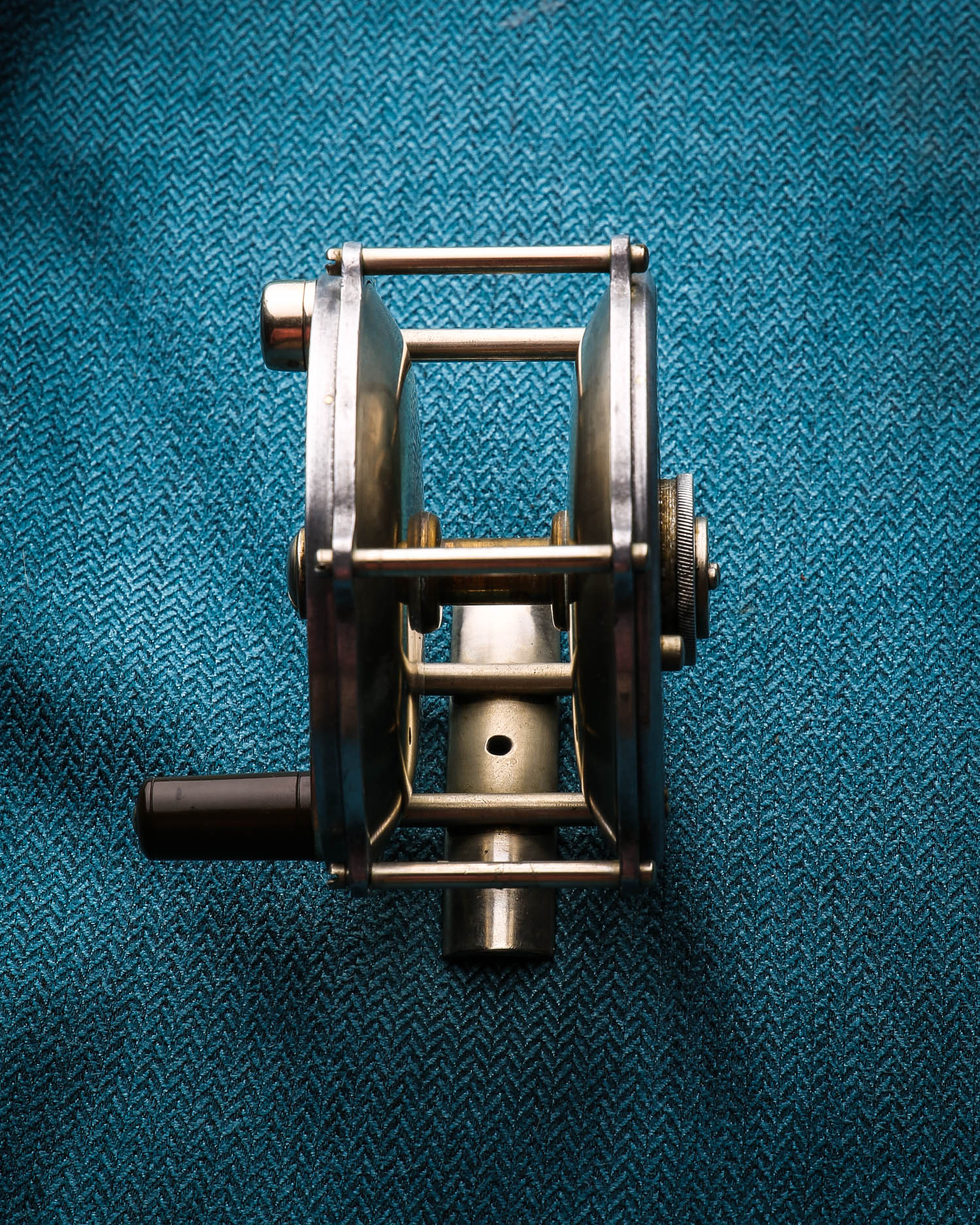 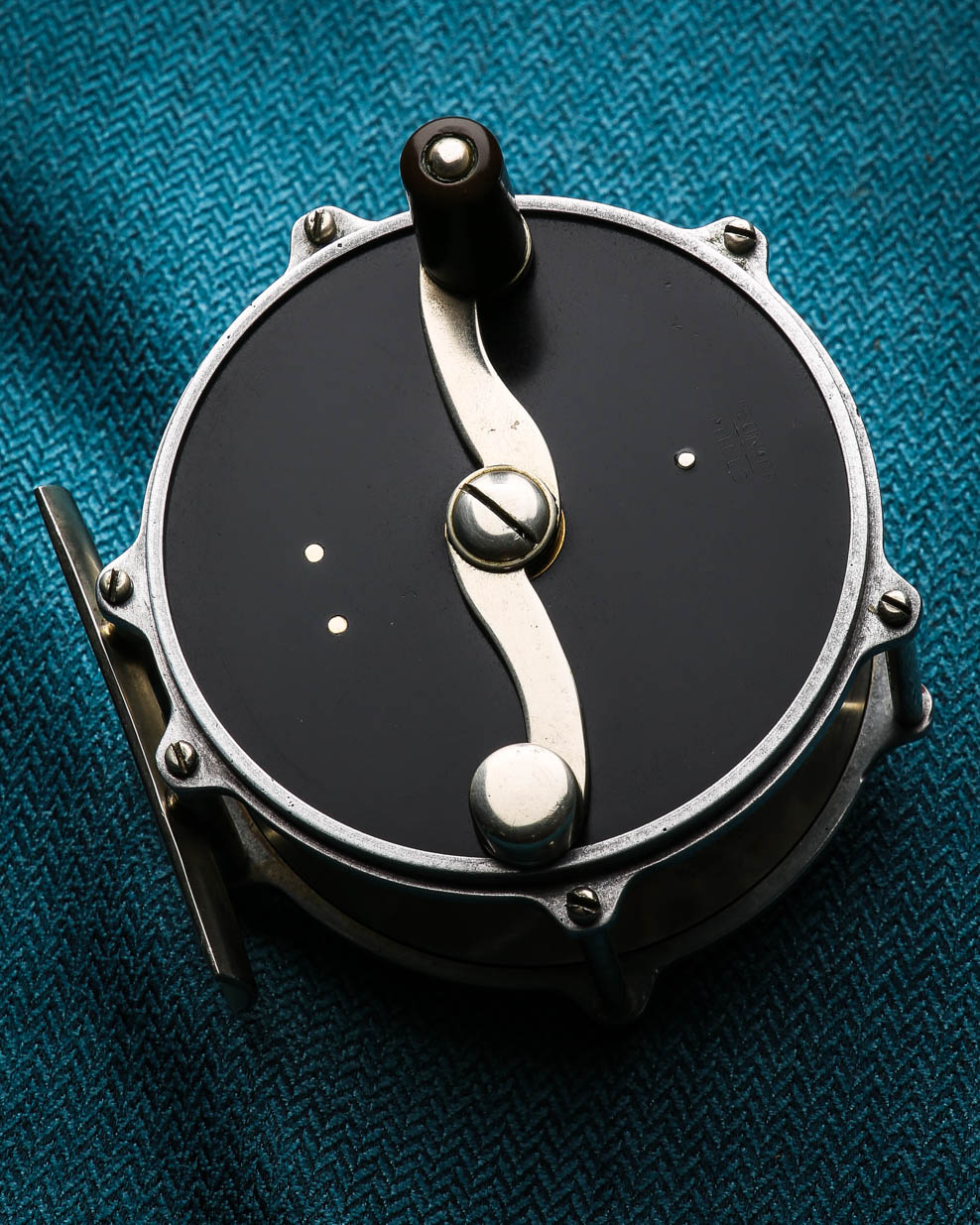 A 1920's vintage Leonard-Mills "Salmon" Fly Reel  made by reel maker Julius Vom Hofe that remains in superb original condition overall and throughout. Six raised pillars with round head screws, aluminum frame, hard rubber sides, an aluminum spool, and full counter balance "S" shaped handle and  with an adjustable drag. The reel's diameter is 3 ½”, with a width 1 ¼” and it is marked "Leonard/Mills" ,  "Pat. Pending".

I have read two different origins of the raised pillar fly reels bearing the Leonard name.

The first Raised Pillar Reel was invented by Francis Philbrook.

The predominant story line is in 1877 Mr. Philbrook sold the rights for the reel to Hiram L. Leonard, the famous rod maker from Bangor, ME., quickly agreeing to make them for him and that was the start of the Leonard reel history.

Hiram Lewis Leonard was the founder of the H.L. Leonard Rod Co. and he has been regarded as the father of modern-day fly rod. Leonard was a hunter, guide, machinist and maker of musical instruments and his exploits hunting and fishing were written about by Henry David Thoreau.

I have also read that Mr. Philbrook sold his rights to the reel in 1878 to T.B. Mills. Mr. Mills was a partner in William Mills & Son, which was located in New York City and established in 1822. It was one of the longest running sporting goods stores in the U.S.A. William Mills & Sons already owned the controlling interest in the H.L. Leonard Rod Co. then.

At the time Mr. Philbrook invented and sold his reel, his partner was Edward F. Payne. On July 22, 1890 Patent No. 432-764 was awarded to Mr. Payne for an improved version of the reel. In 1896 Mr. Payne sold the patent for the improved Raised Pillar Reel to William Mills & Son, then owner of the H.L. Leonard Rod Co. The reel was named the Leonard Mills Reel and the Model 50 was the first of many to follow.

The reel was in production from 1896 to 1969. The very first ones were made by Philbrook & Paine and are marked as such, with orange and black marbleized hard rubber end plates.

Starting around 1900 and up to the end of World War II, they were made by reel maker Julius vom Hofe.

Julius vom Hofe was the son of famous reel maker Friedrich vom Hofe of Brooklyn, NY. Julius is believed to have apprenticed to his father around 1857 when the reels were marked "F. Vom Hofe & Son". When his father retired, Julius kept making reels, but now under the name "Julius Vom Hofe". Julius was granted many patents in his time and around 1900 started producing the Leonard Mills raised pillar reels. After his death in 1907, his son Julius Jr. ran the company and is credited with inventing the first star drag wheel.

enquire about gun
email to a friend
return to listings

enquire about this gun