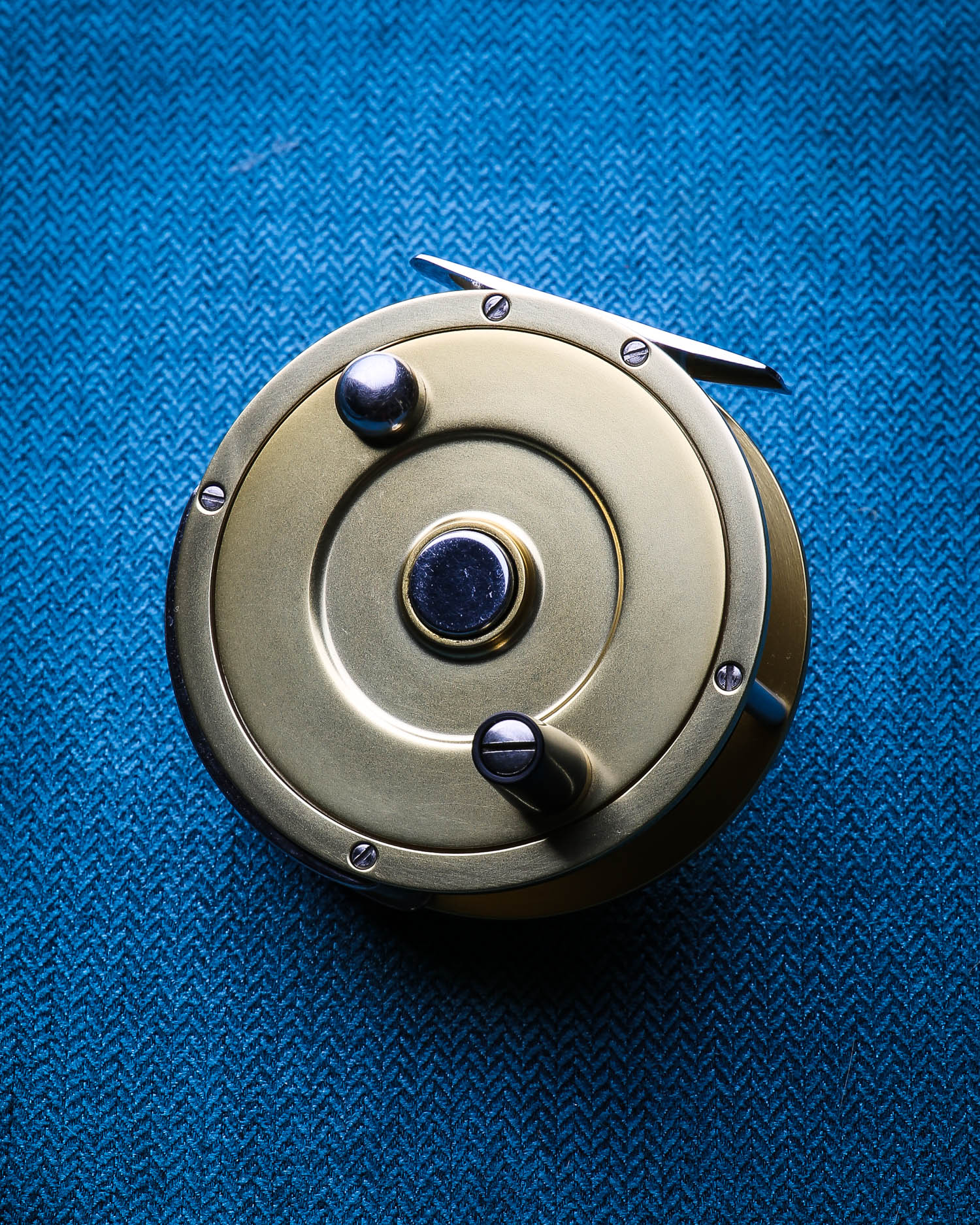 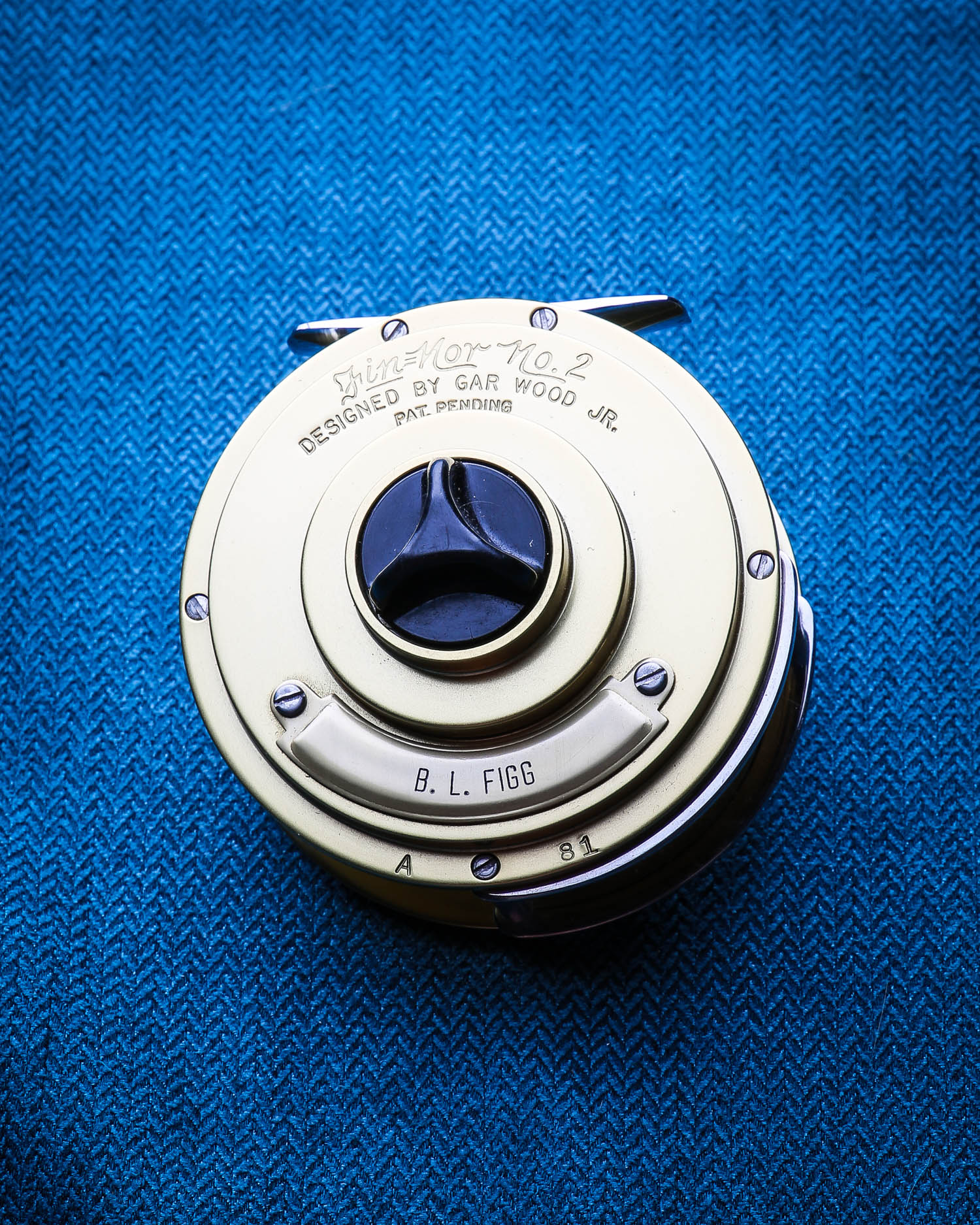 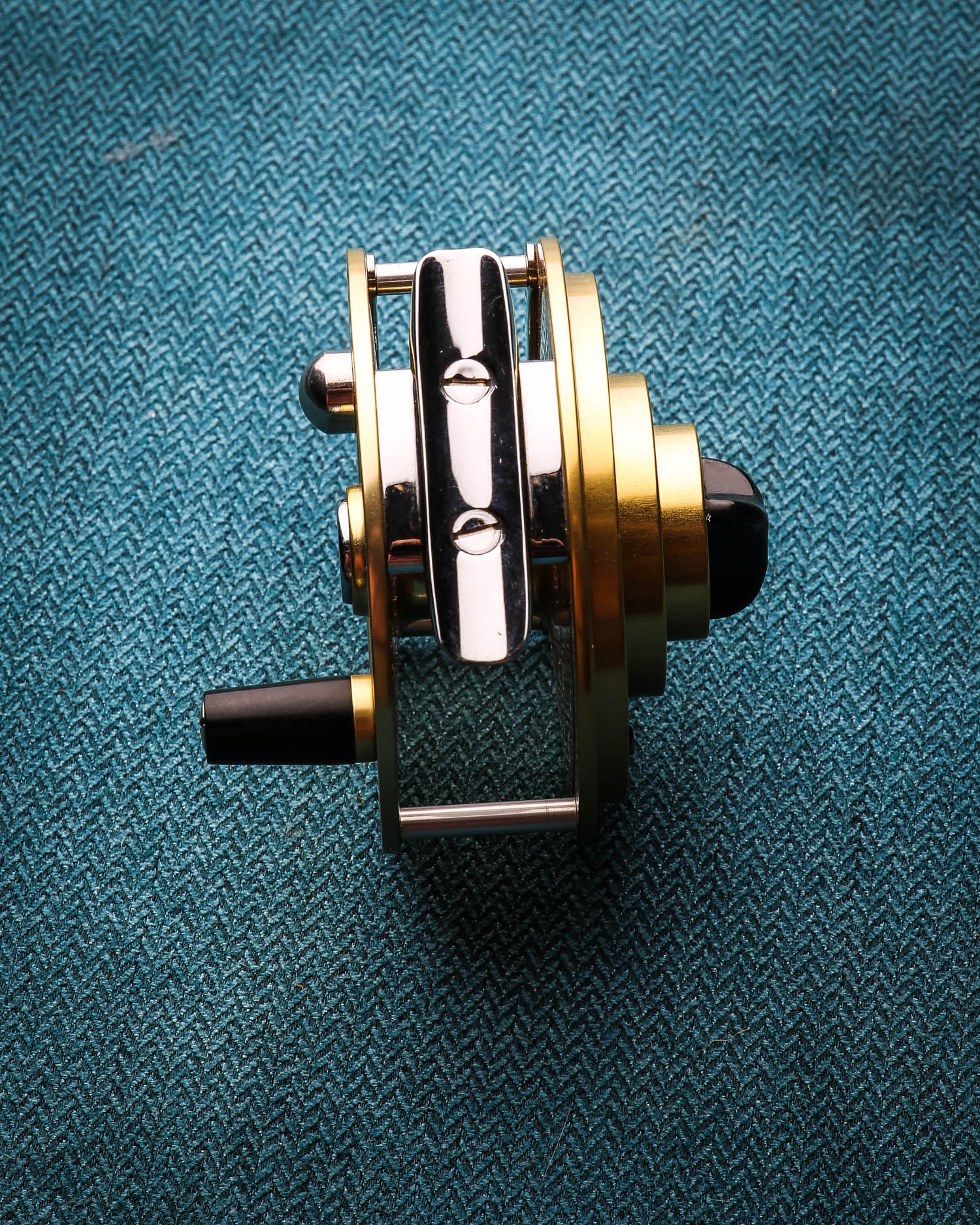 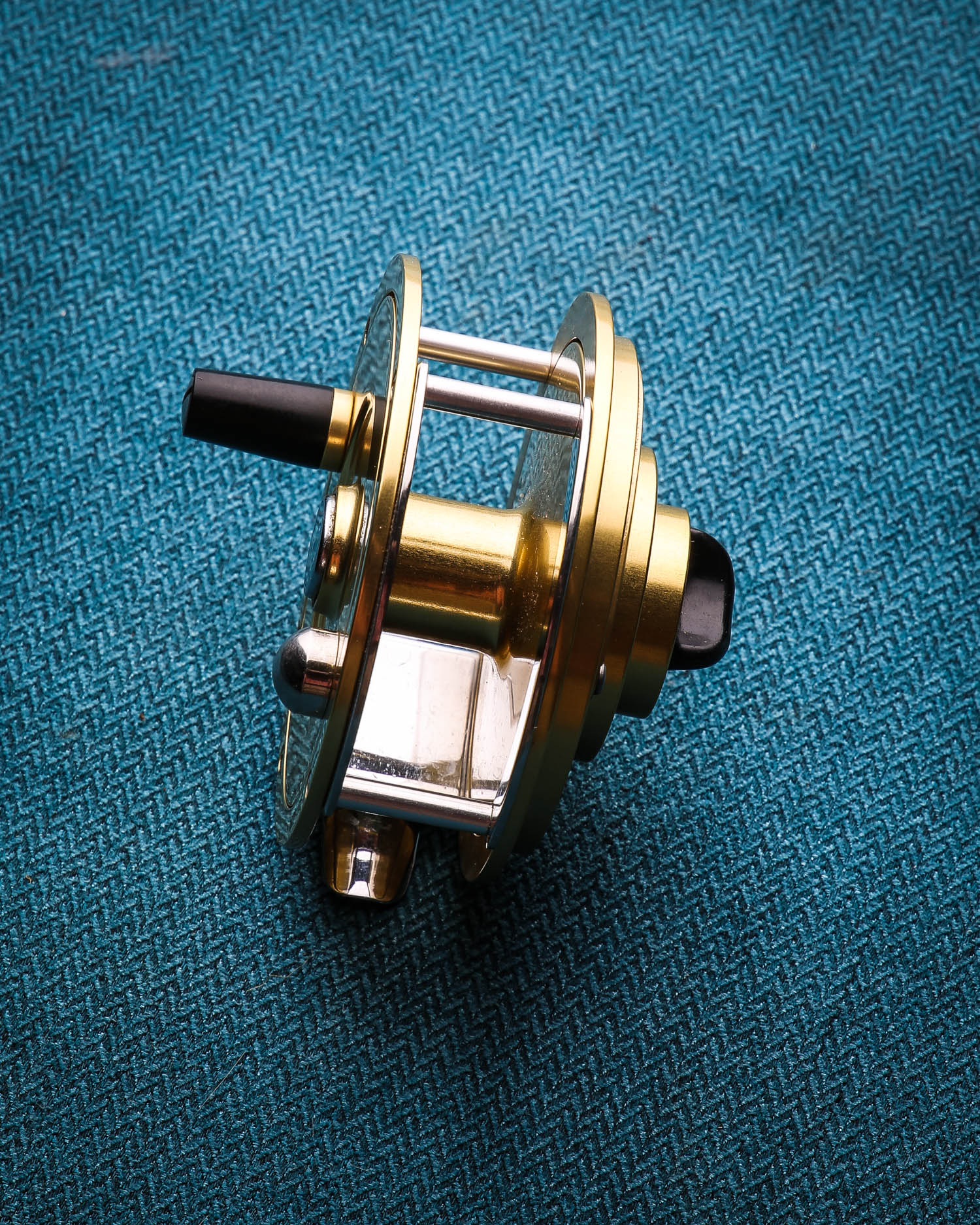 The story goes that after Charles Dunn purchased Fin-Nor in1957, he was given a fly reel by friend and fellow fisherman, Gar Wood. Knowingthat Mr. Dunn was an avid saltwater fly fisherman, a pioneer in the sport, Mr.Wood thought he had come up with a reel that had a drag to tame any fish thatwould eat a fly.

The No. 1 and No. 2 have three tiered bodies and are, in myopinion, the nicest looking compared to the 4-tier body of the larger reels.The No. 2 is a midsize real advertised for salmon, snook, and small tarpon.

The reels were beautifully machined and due to their heavy-dutyfelt and cork drag systems, the back of the reel is tiered and when its laid onits face, somewhat reminds one of a tiered wedding cake.

The reel has a very warm clicking sound when reeling but thereel is silent when the drag is being pulled. A large star shaped drag knob iseasy to adjust gradually with wet hands or under pressure from a fish.

enquire about gun
email to a friend
return to listings

enquire about this gun