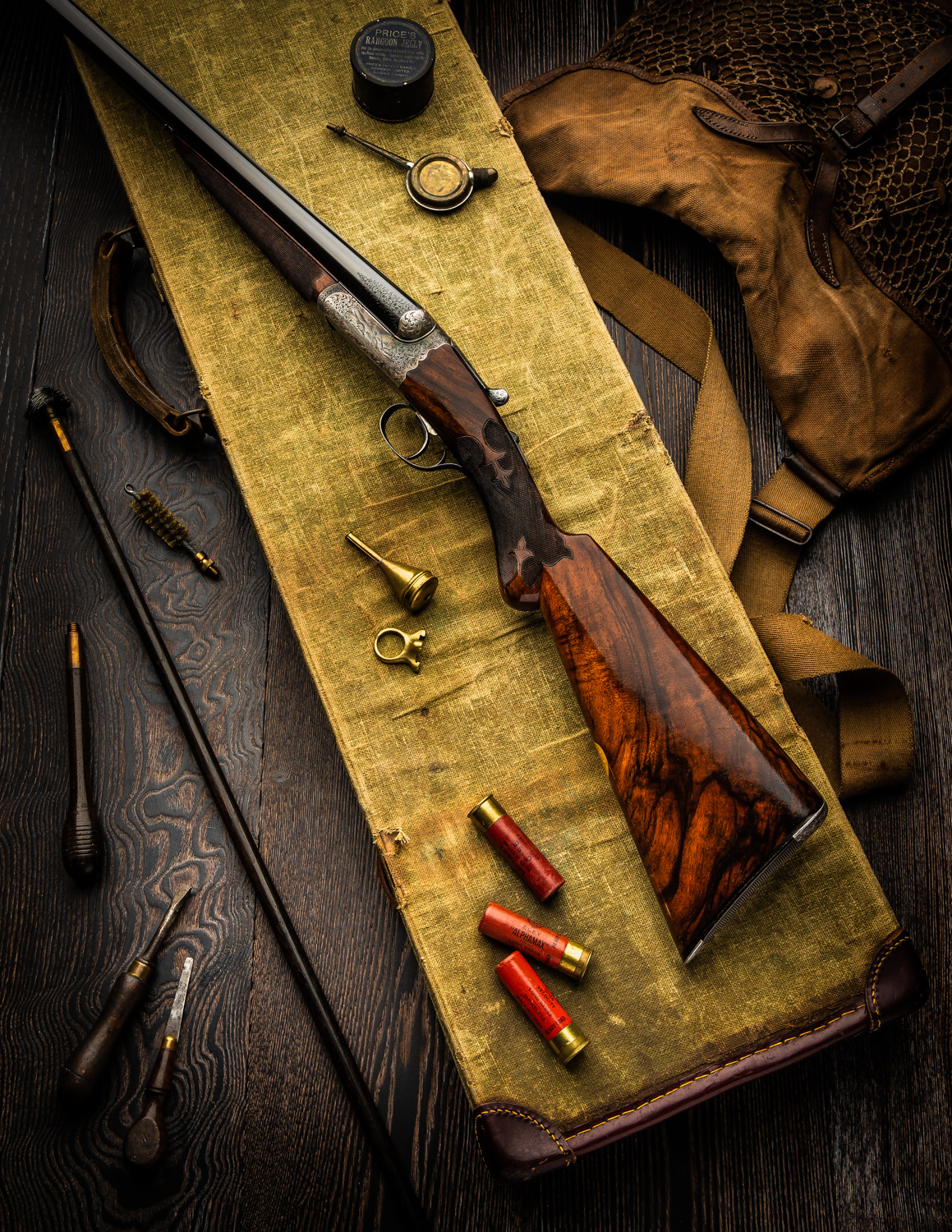 Recently through the workshops for a full service is this simply superb Modele De Luxe 12g. In fantastic condition, this gun which was completed in 1914, was built with all the Westley best quality gun features. With the addition of a raised engine turned top rib, clipped fences and 30” barrels it’s a heavy weight gun but beautifully balanced. 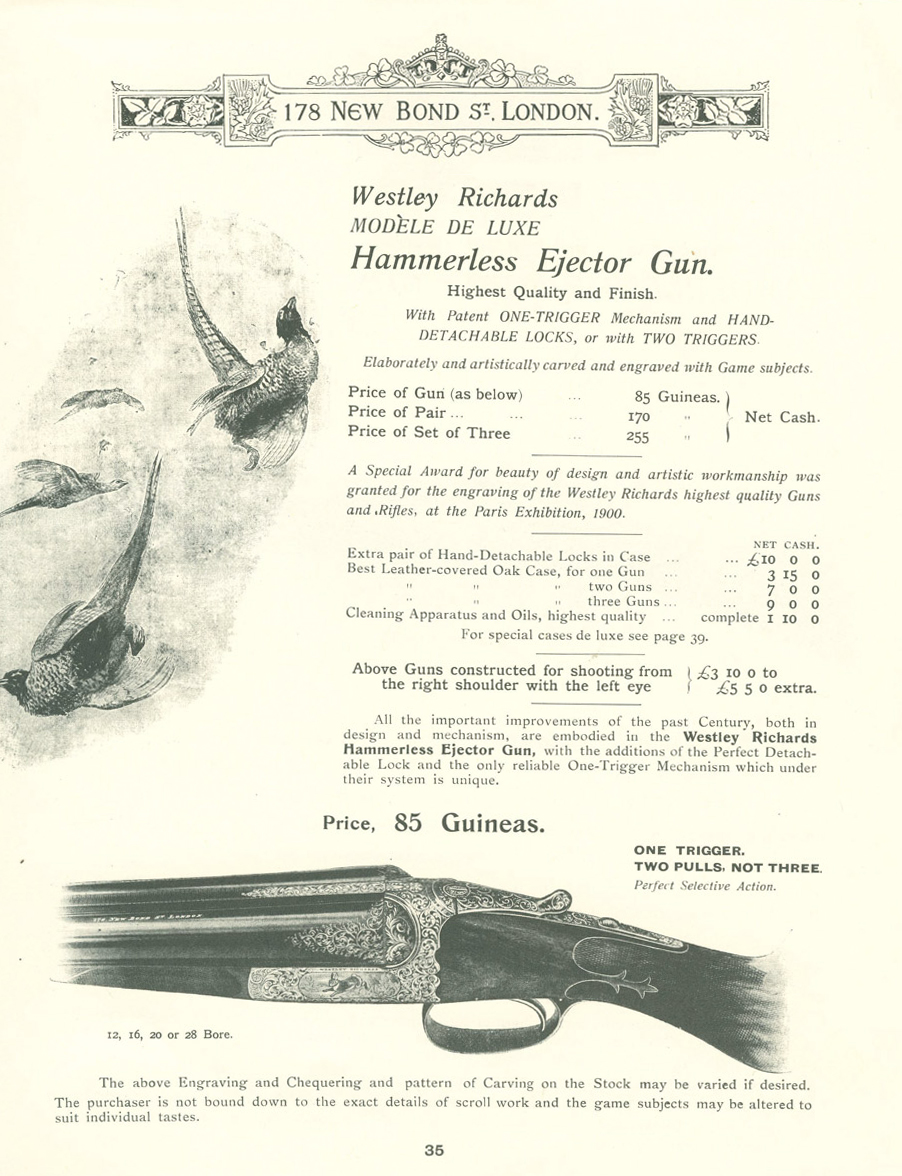 As the centenary catalogue describes the Model De Luxe, the gun is ‘elaborately carved and engraved with game subjects’. After 104 years of existence the engraving is still crisp and as attractive as the day it was done and the action retains a good amount of original colour hardening. The expert file up of the action and deep carved scroll along with the extravagant chequering style, engraved barrel breeches and heel and toe plates with horn centre, certainly earns the gun its deluxe status. 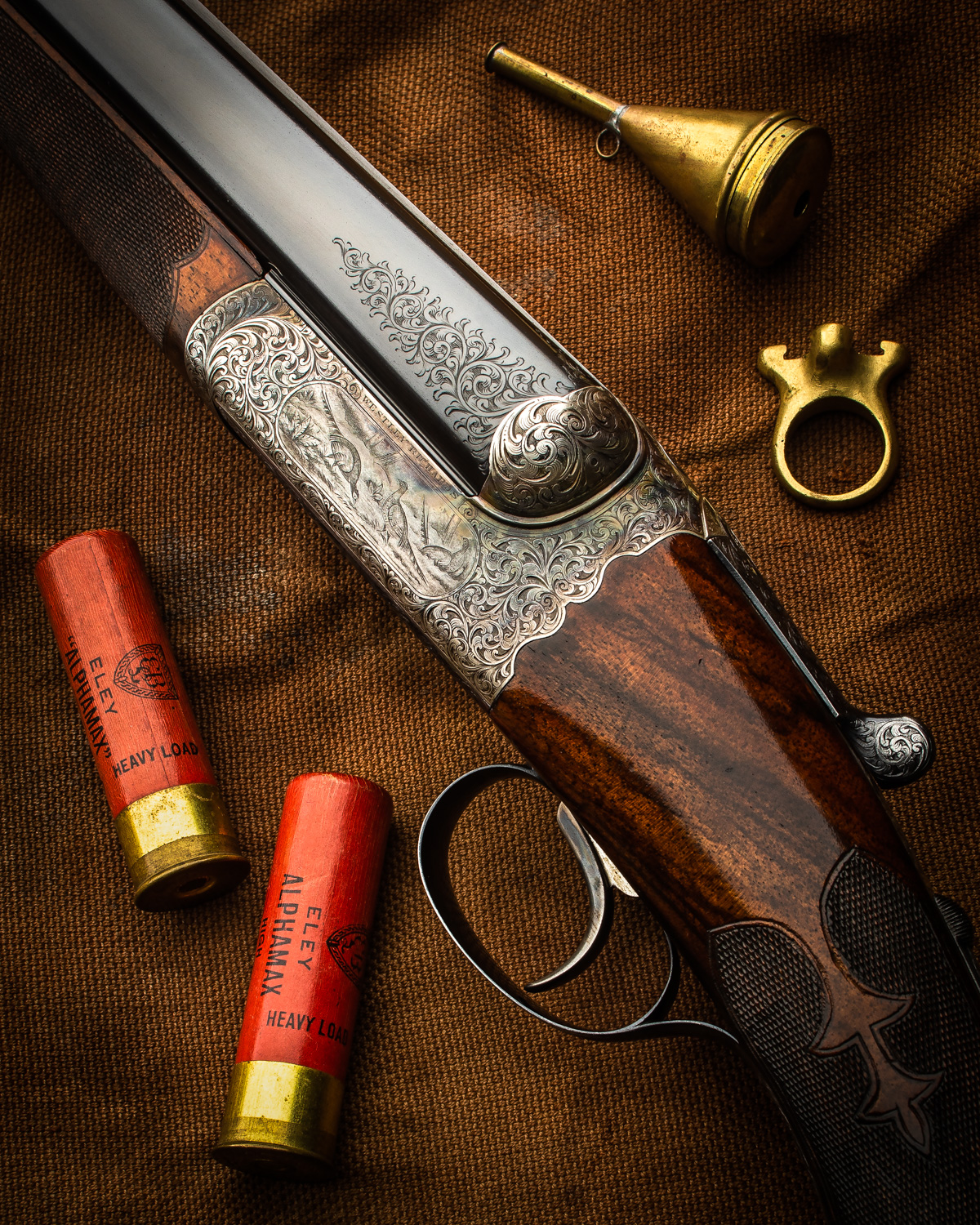 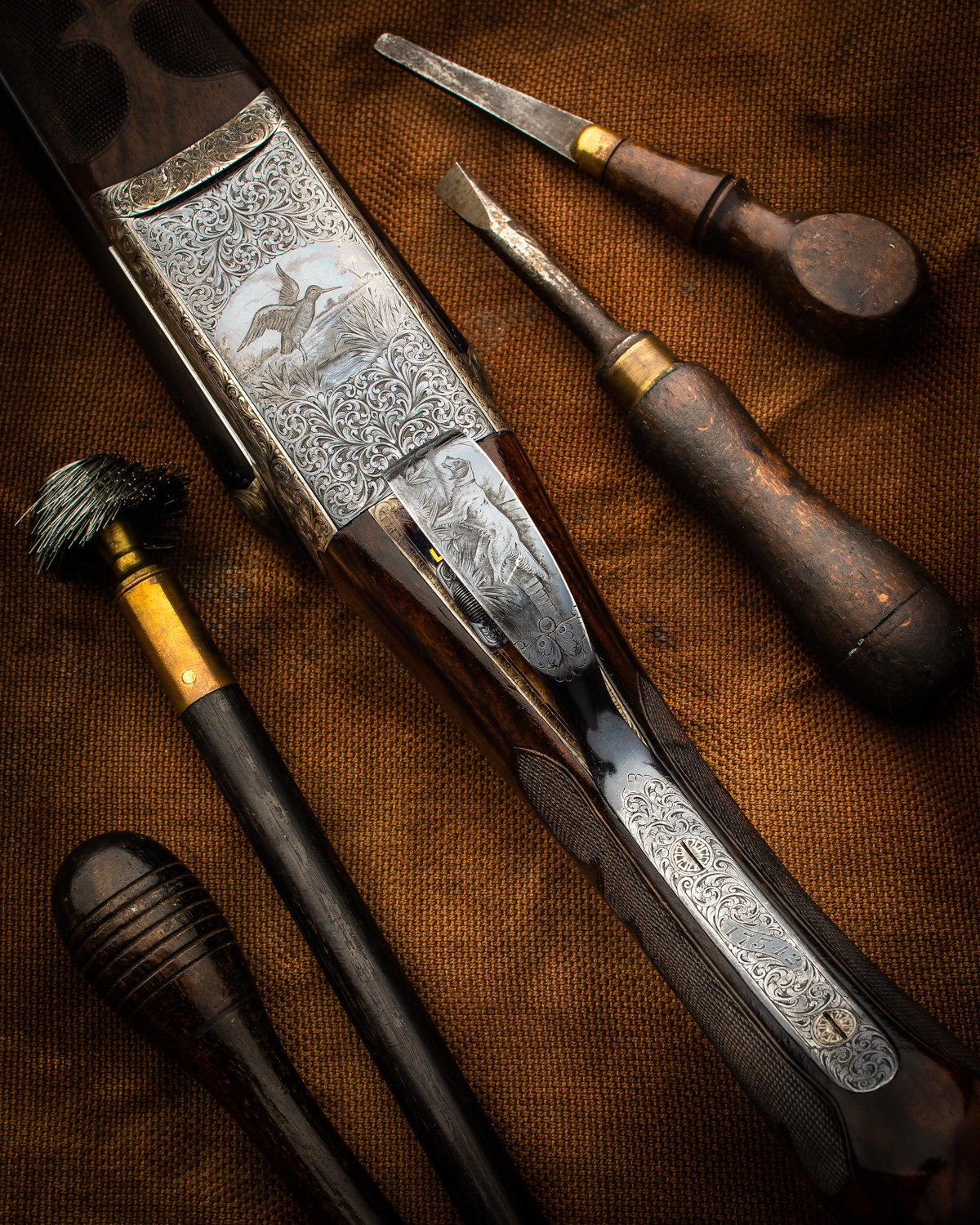 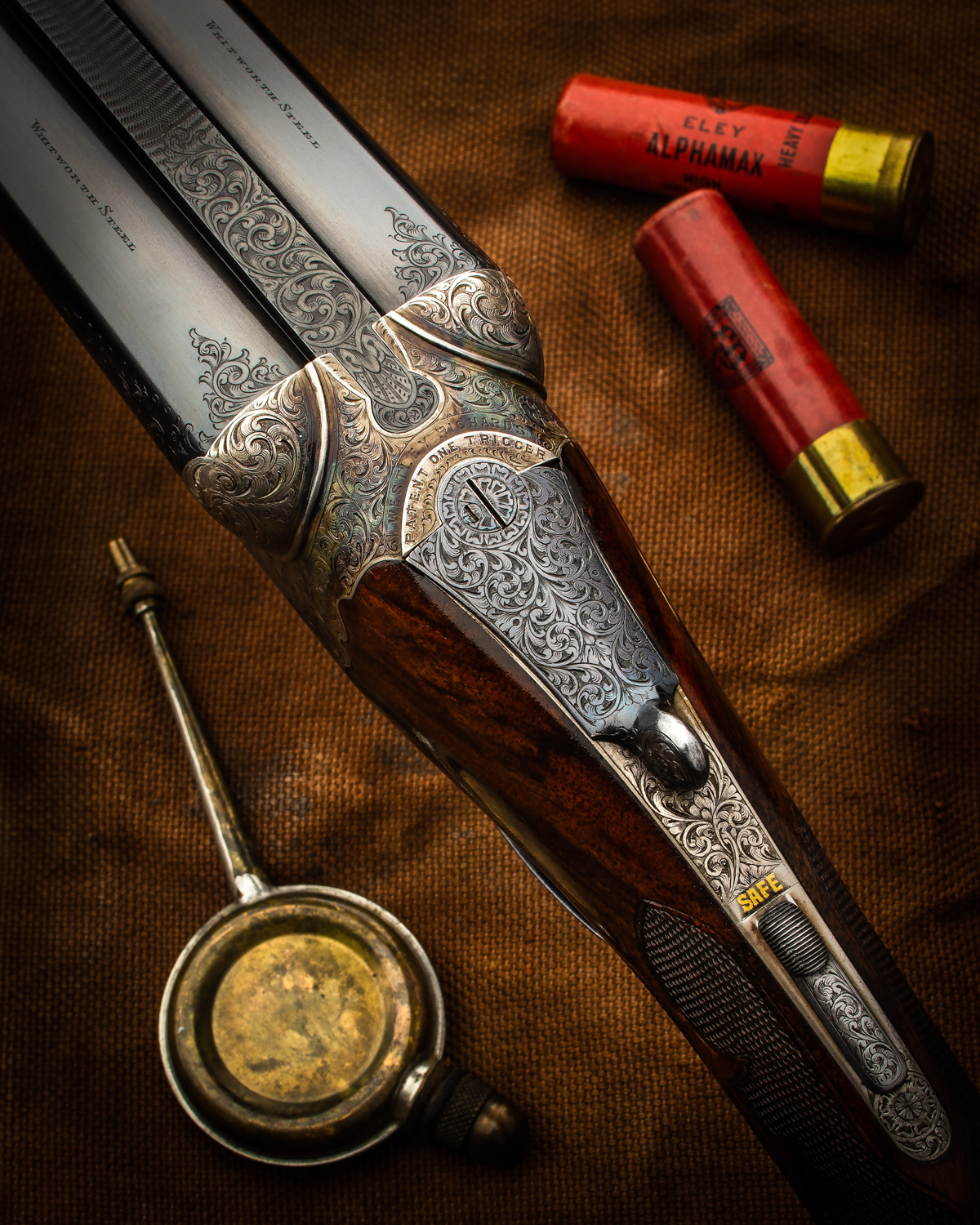 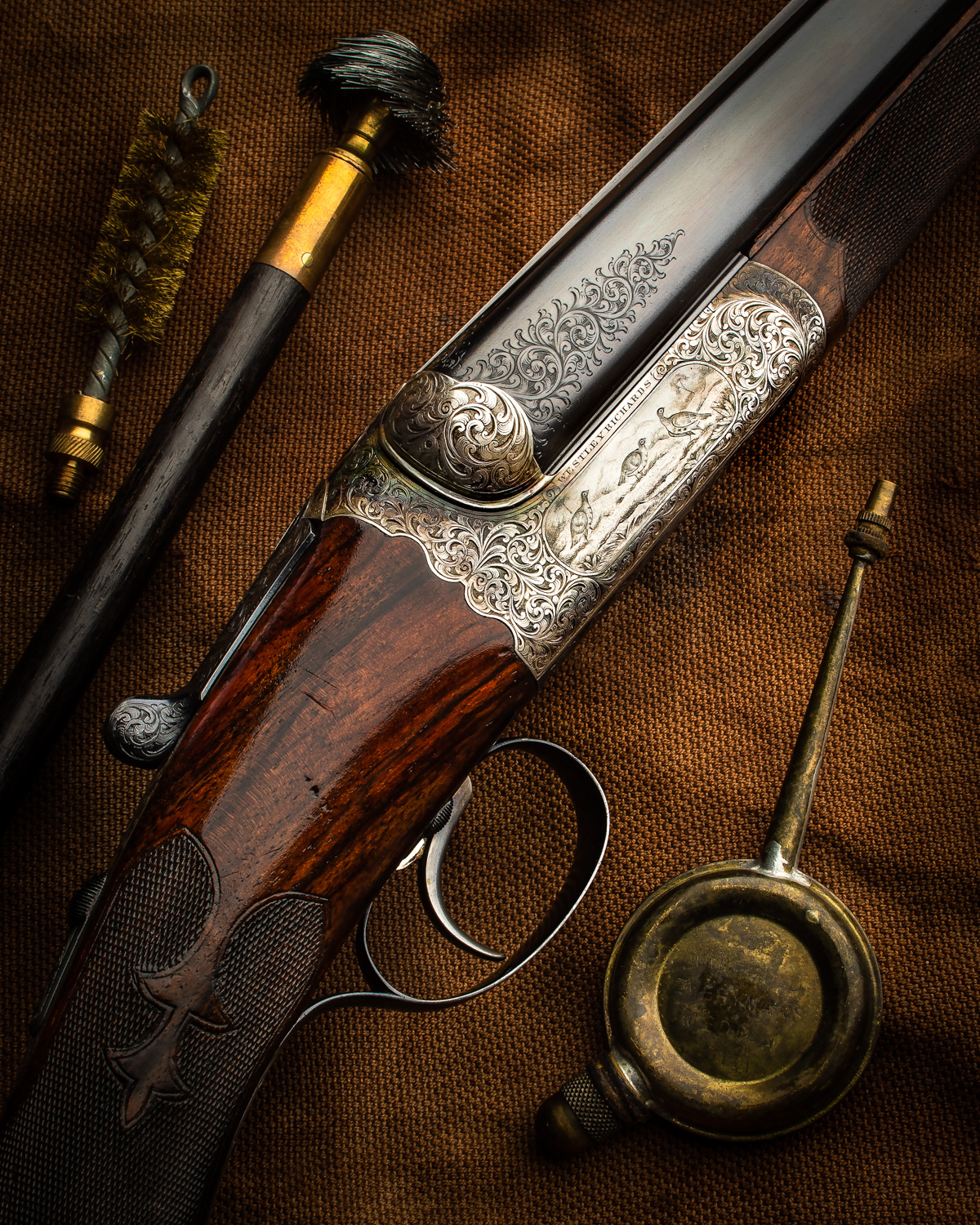 It’s a pleasure to see and work on such a beautifully made gun in first class condition such as this one, which is testament to the skill of the early 20th century gunmakers and the gun’s subsequent owners who have cared so affectionately for it since. There should be no excuse as to why this gun will not still bring the same amount of enjoyment in another 100 years time.