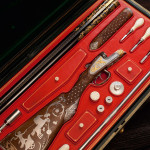 THE WESTLEY RICHARDS 'BOUTET GUN'. ENGRAVED BY THE BROWN BROTHERS.

The 'Boutet Gun' was a speculative gun built by Westley Richards in the mid 1980's. The gun was a 12g pinless sidelock commissioned by my father Walter Clode. The Boutet style was designed in the style of Nicolas Noel Boutet (French, Versailles and Paris, 1761-1833) for the gun by Hew Kennedy. Hew, a family friend, partnered my father on many of his deals in India over the years, is both a very talented restorer and very knowledgeable collector of antiques, especially of fine arms and armour. The commission was faultlessly executed by the then mostly unknown but now infamous 'Brown Brothers'. 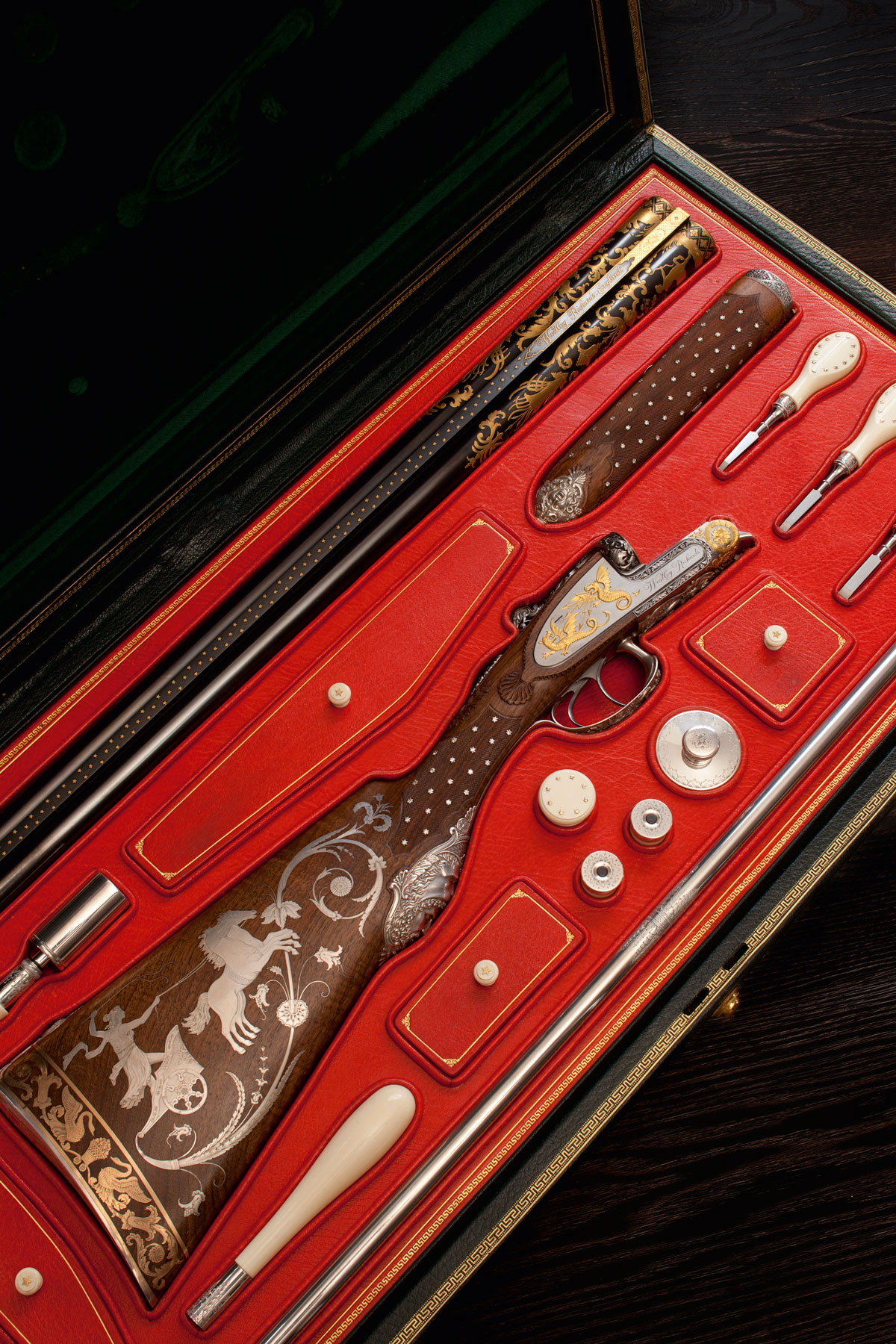 I recall clearly a visit home from the oil field when I went to my fathers house and saw the gun delivered for the first time completed by Alan and Paul, I remember the pride and excitement of all parties. The work was truly amazing then and remains truly amazing to this day. I can quite understand the designs perhaps not being to everybody's taste, but the quality of the work is undeniable.

Incorporated into the gun there is every kind of technique an engraver can draw upon, flush gold work, sculpted gold, carved steel, sculpted silver, fine engraving, inlaid gemstones, carved woodwork, the list seems endless. This work took Alan and Paul a full year, they groan now even thinking about the effort! Alan was full time and I think Paul part time but not sure how part time, he was teaching also at this time. This was the single largest commission the brothers have ever undertaken and I have always thought, wished perhaps, they would do another work of the same scale at least, preferably more! 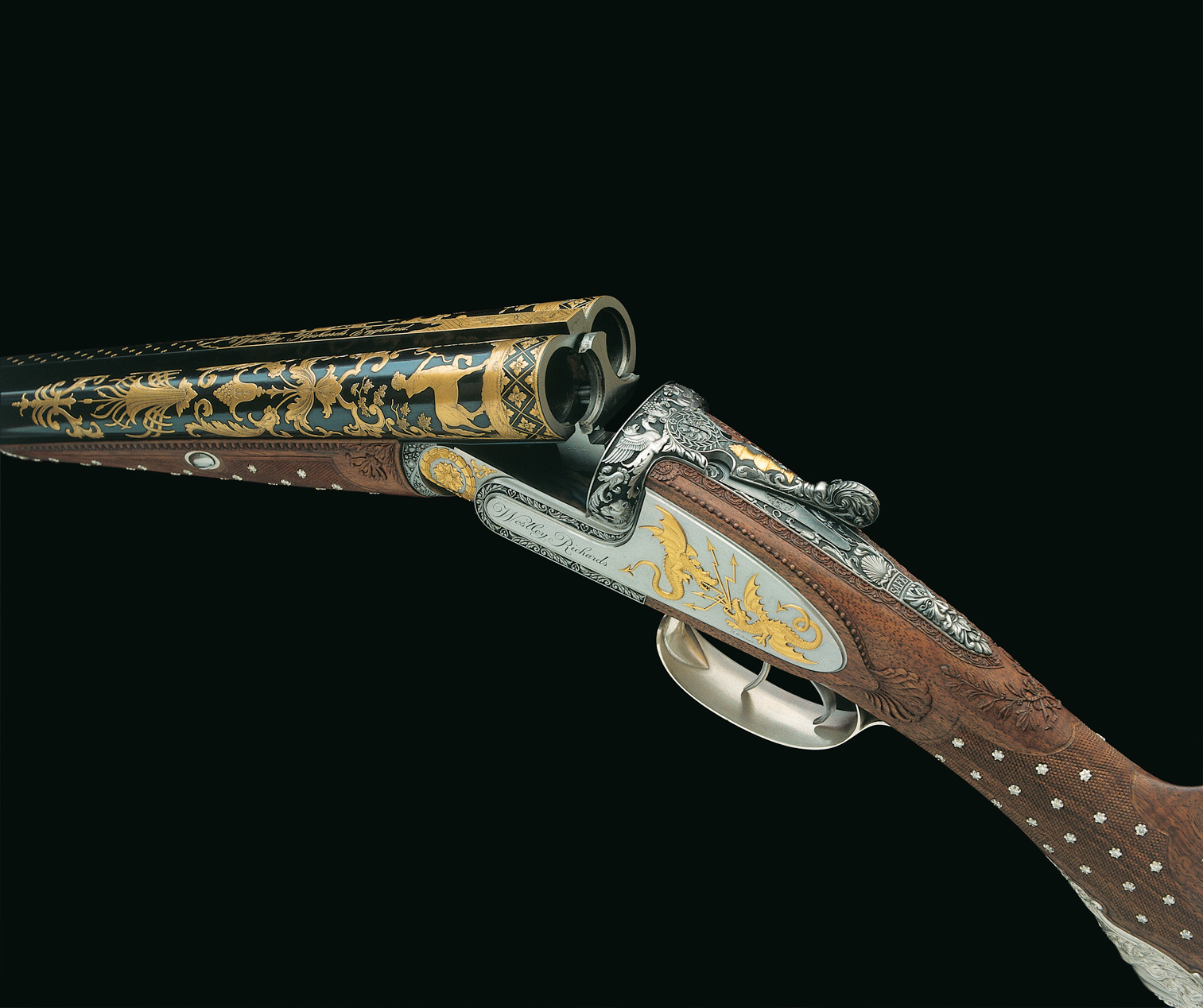 After the euphoria of having the gun delivered came the need to sell it and I remember this not going quite to plan. The Middle Eastern market had been targeted as the place to sell it and the London firm of Asprey was asked to assist, but this didn't work out. I am sure at this point my father was in a near state of panic, the gun had cost an enormous amount of money (at the time) for a single gun, especially by this company, and it was not something that could remain unsold for long. Quite by chance an Englishman came to the factory, saw the gun, and purchased it immediately. It then remained essentially unseen ( as he had requested no photographs so only those few taken by the Browns existed)  and untouched until the gentleman's death, at which point we were able to purchase the gun back from the family. The gun is here now and we show it to very, very, few people, Vic Venters being the last and which brought the gun back to my mind for this post! 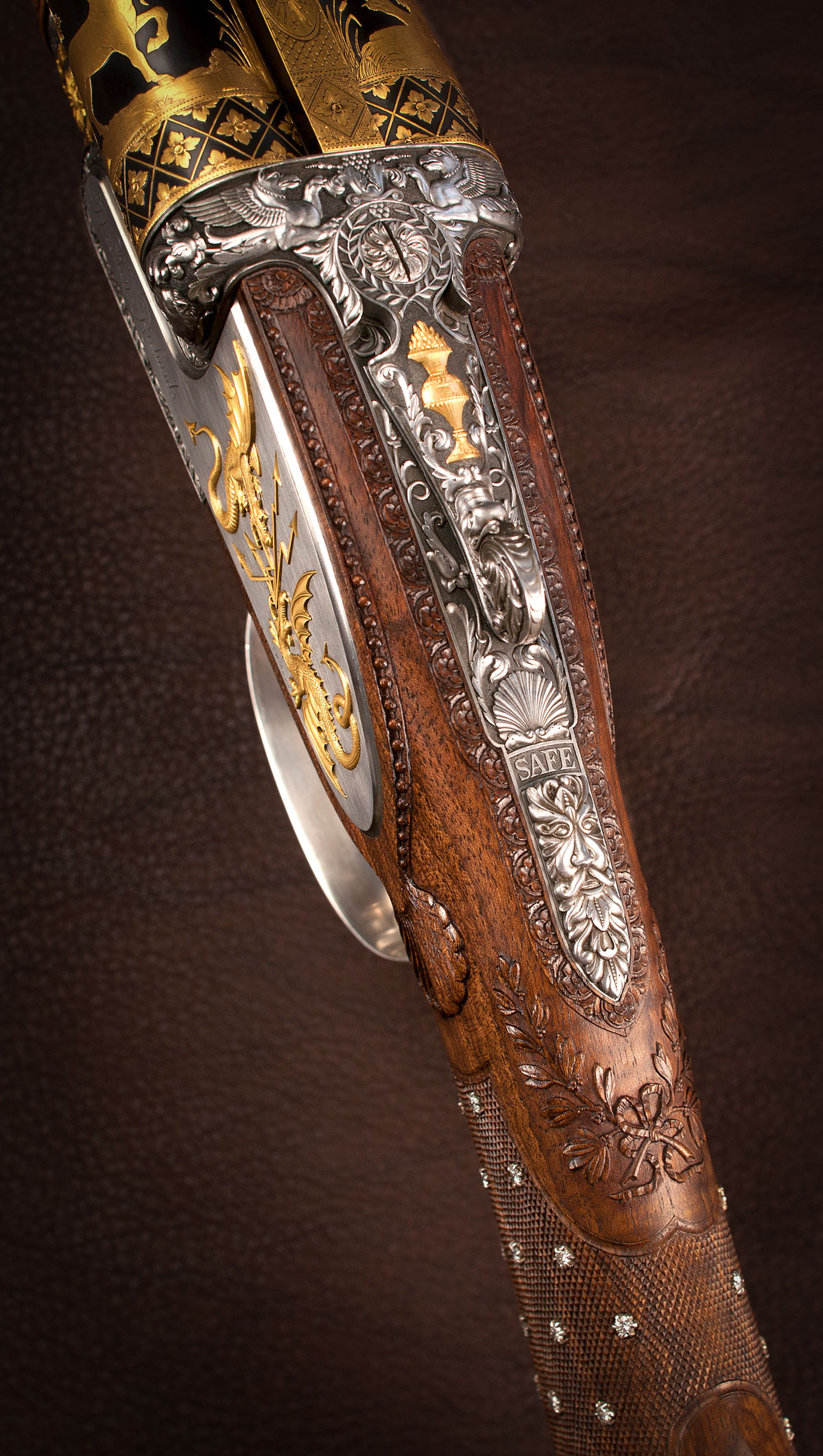 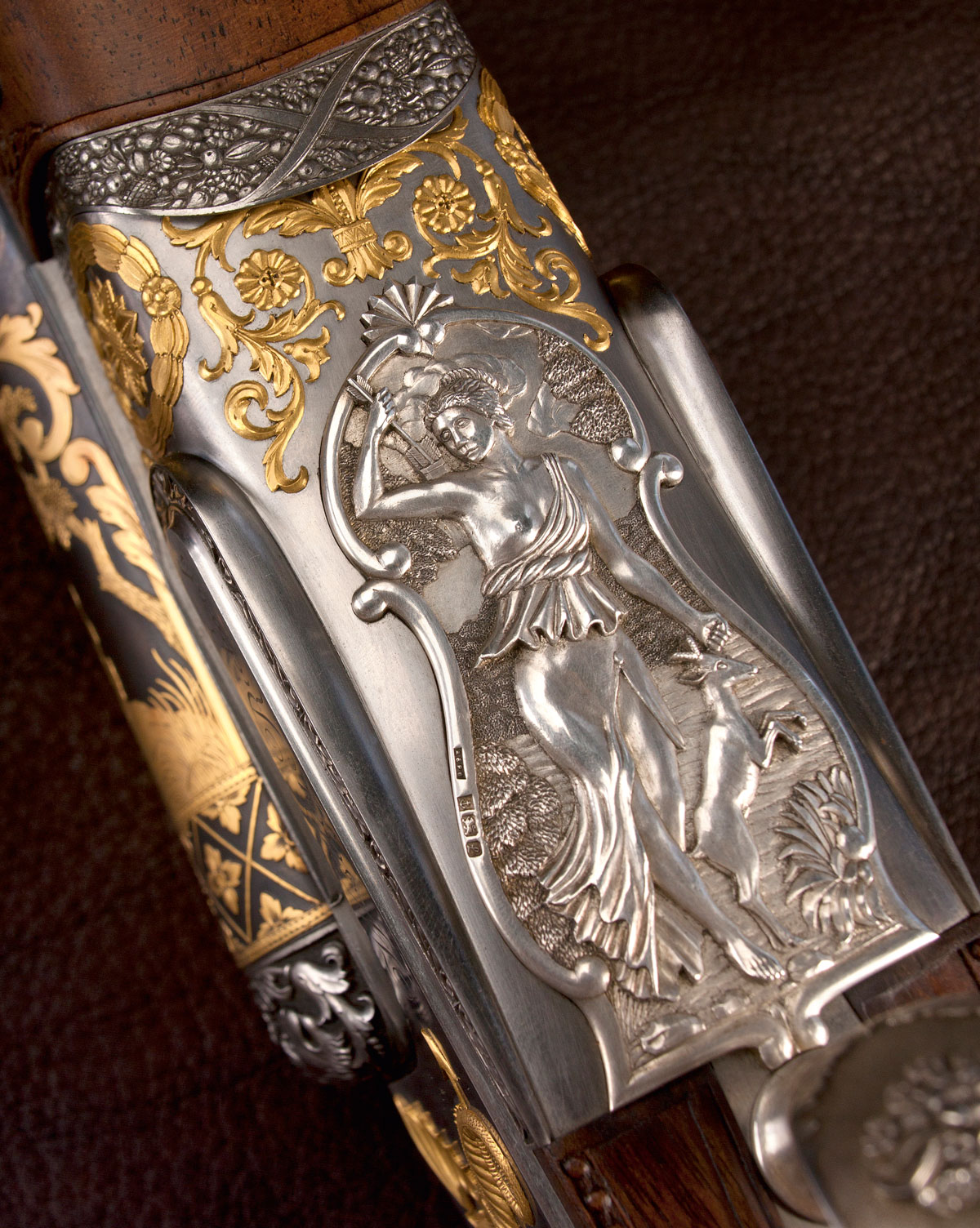 An Original Boutet Flintlock Rifle at the Metropolitan Museum of Art.