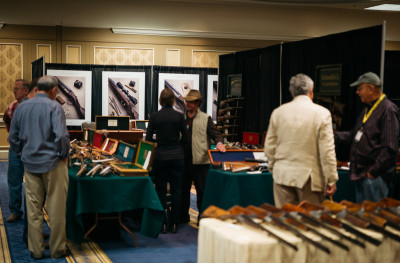 The Las Vegas Antique Arms show has been the worlds premier arms show since long before I started in this business, the inaugural show was in 1962 making 2016 the 54th year of the event. I think having just spent 3 days exhibiting at the show my overriding question has to be where are the buyers and collectors of the future?! Certainly the foot fall  decreases year on year whilst the walking sticks and motor cart congestion increase! Youth is not to be seen. 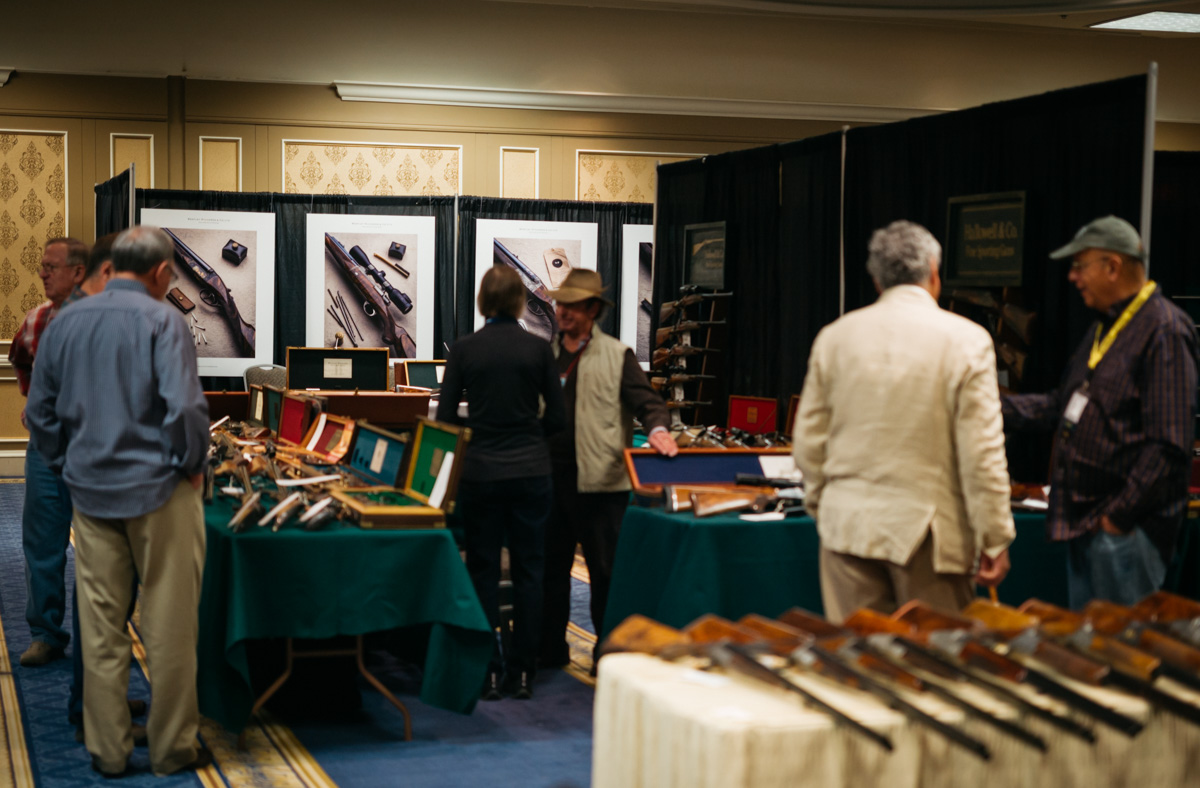 This has always been a show for like minded people, collectors and enthusiasts alike who enjoy walking the aisles looking perhaps for a bargain or something that they need to round off the collection. It is a time for long conversations between collectors and dealers of various specialty markets, Colts or Winchesters, percussion guns and modern guns there is always something here for everyone and a huge amount of firearms knowledge to tap into, here you will find experts on every type of firearm. But alas the numbers of people attending is in decline and it was obvious this year, I don't know if it was a 'one off' but feel it is not, the youth of today just don't have the passion for vintage guns as much as those in the past. On Friday I believe the attendance was in the region of 1200 visitors and I am sure in the heydays of the show at the Sahara Hotel there would have been 4 or 5000 visitors.

Westley Richards has for some years now been the only English gunmaker to exhibit at this show and we have done so pretty much every year for about 40 of the years it has been going. In the early days when my father attended we sold only antiques, items which we had got in India and which were always fresh to market at this show. They always generated a huge amount of interest. When I started attending in 1988 we started a blend of old guns and new guns and now I primarily show our new guns, it being an opportunity for people to see in the flesh exactly what we make. I think I can comfortably say that 30% of our new gun sales during my years at Westley Richards have come from people I have met at this show, people who like guns have always made an effort to attend. I certainly hope that it continues, there is no other gun show quite like it. 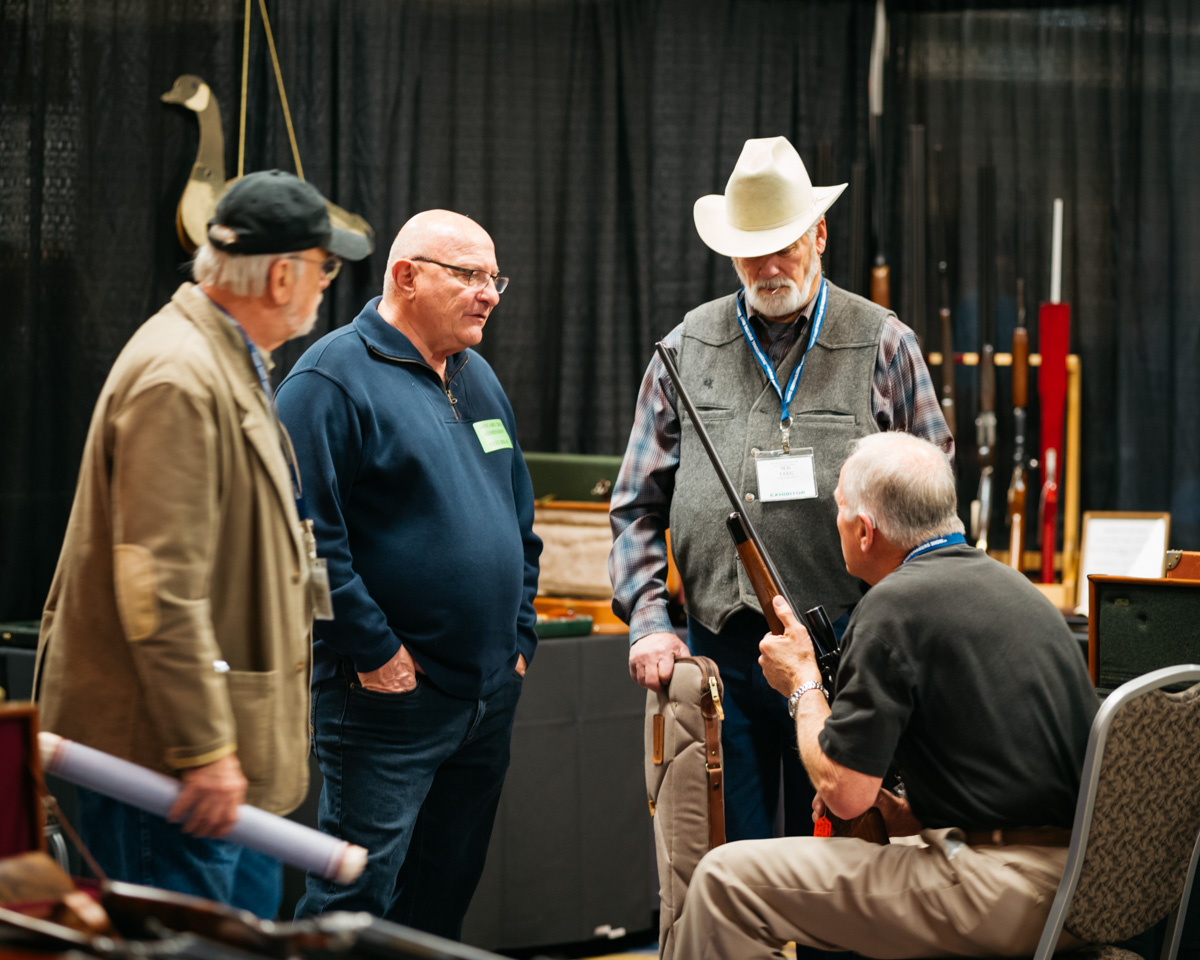 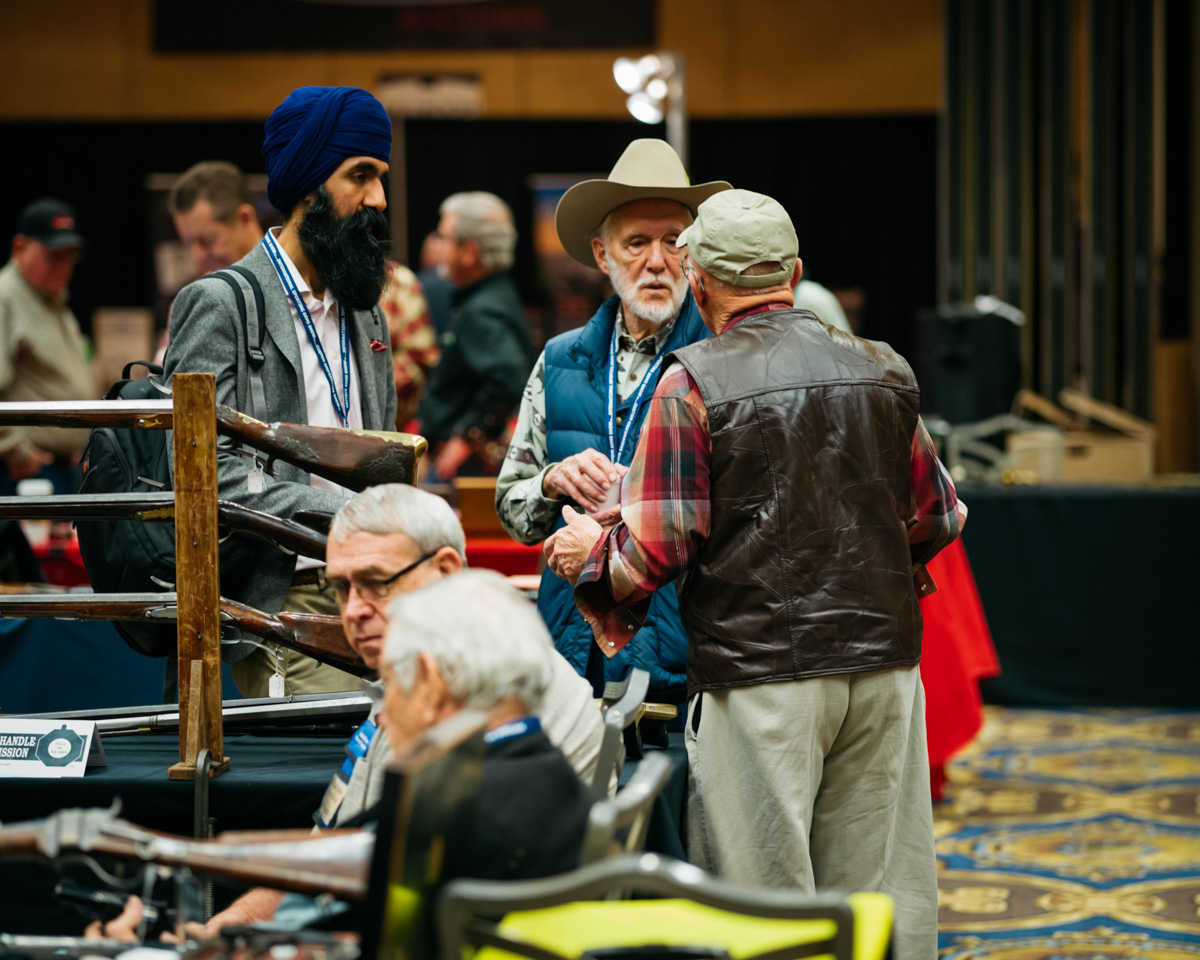 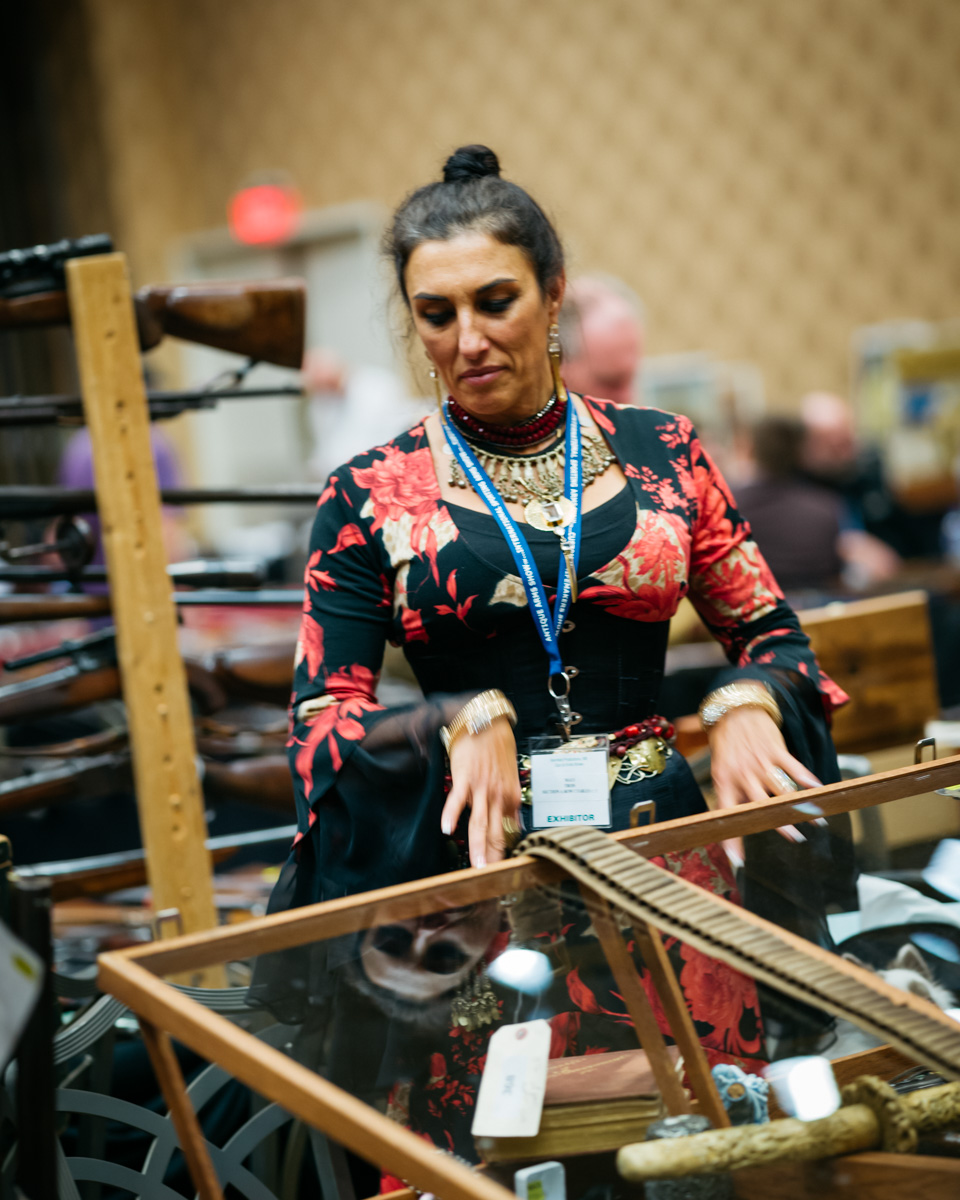 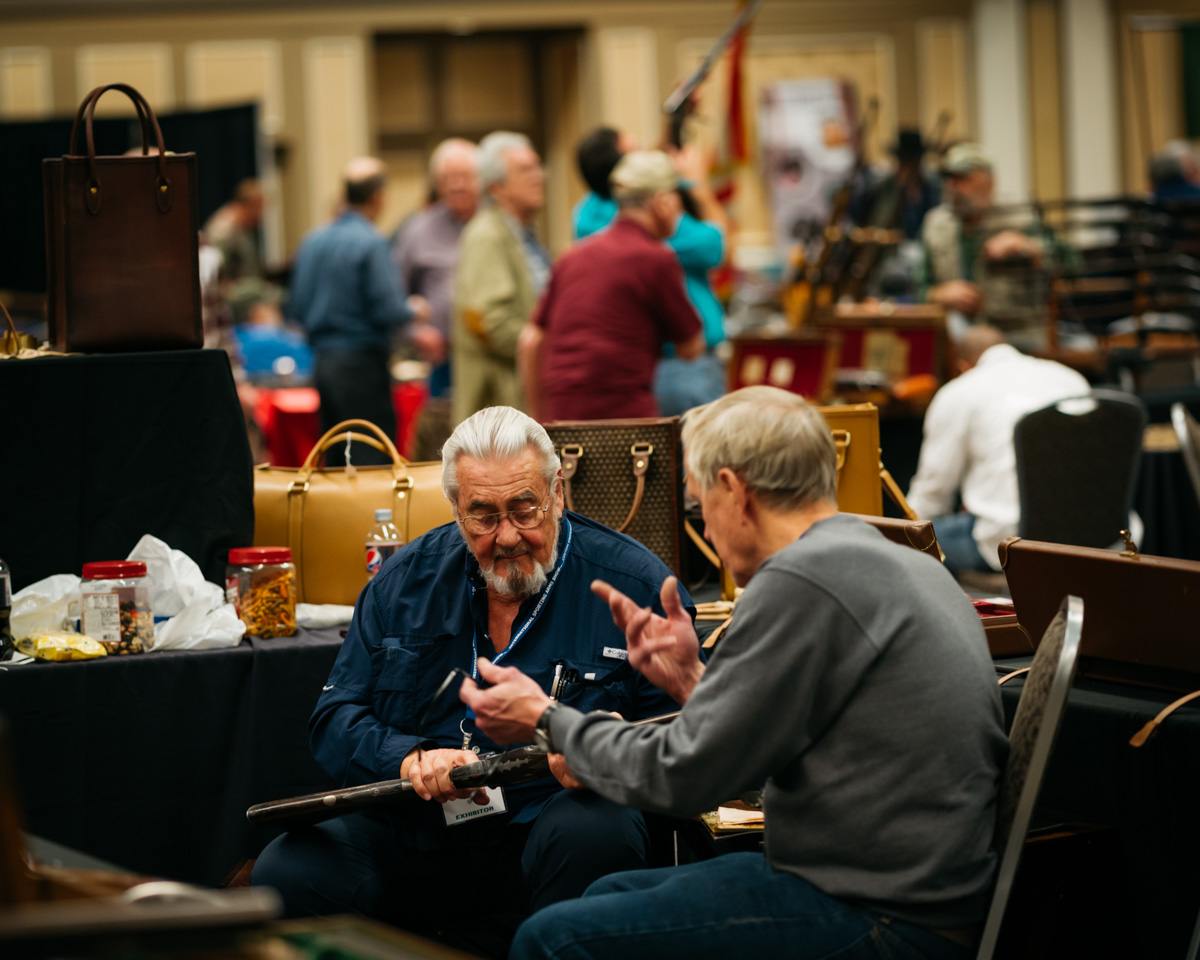 Lewis Drake always has some of the finest vintage firearms in the show. 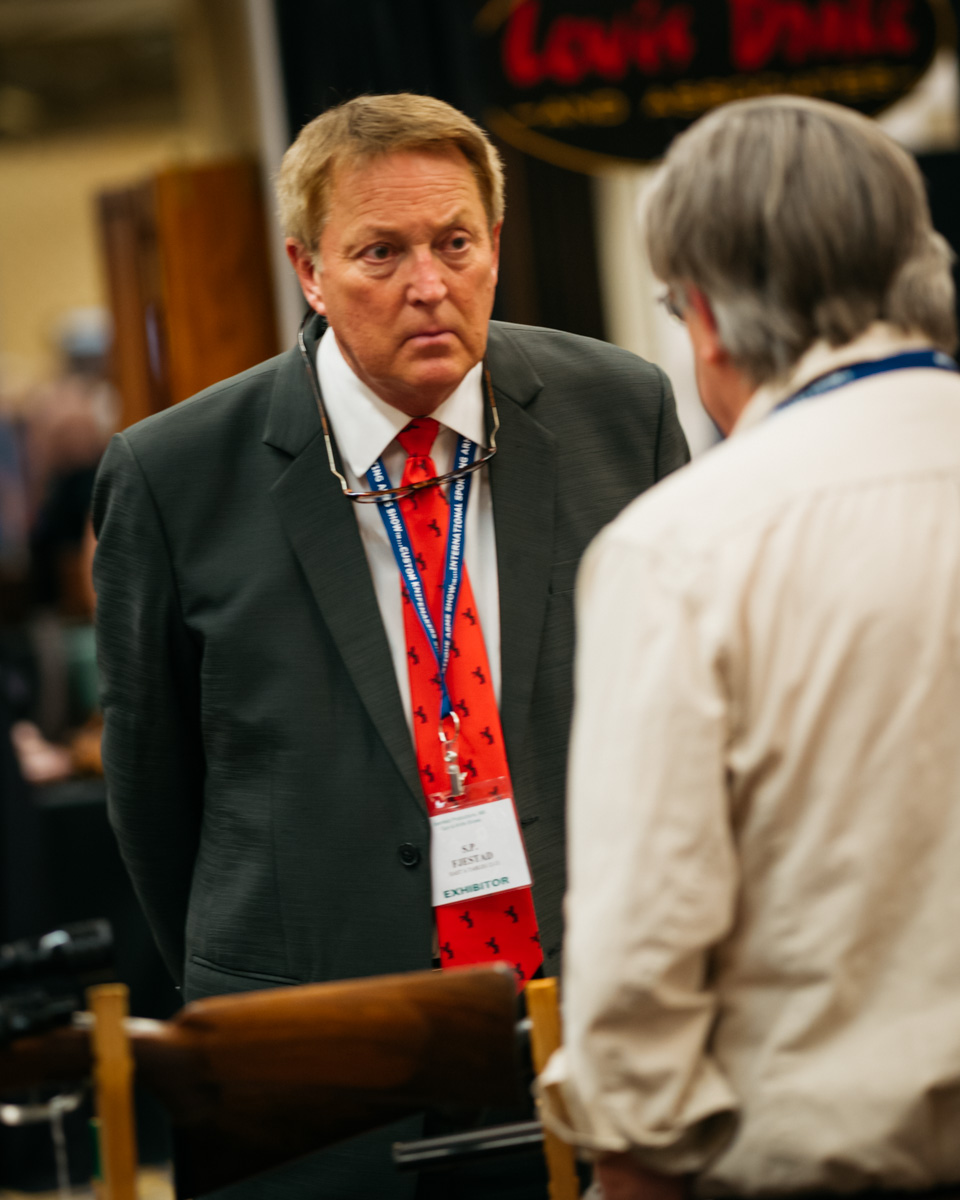 Steve Fjastad the author of the Blue Book of Gun Values. 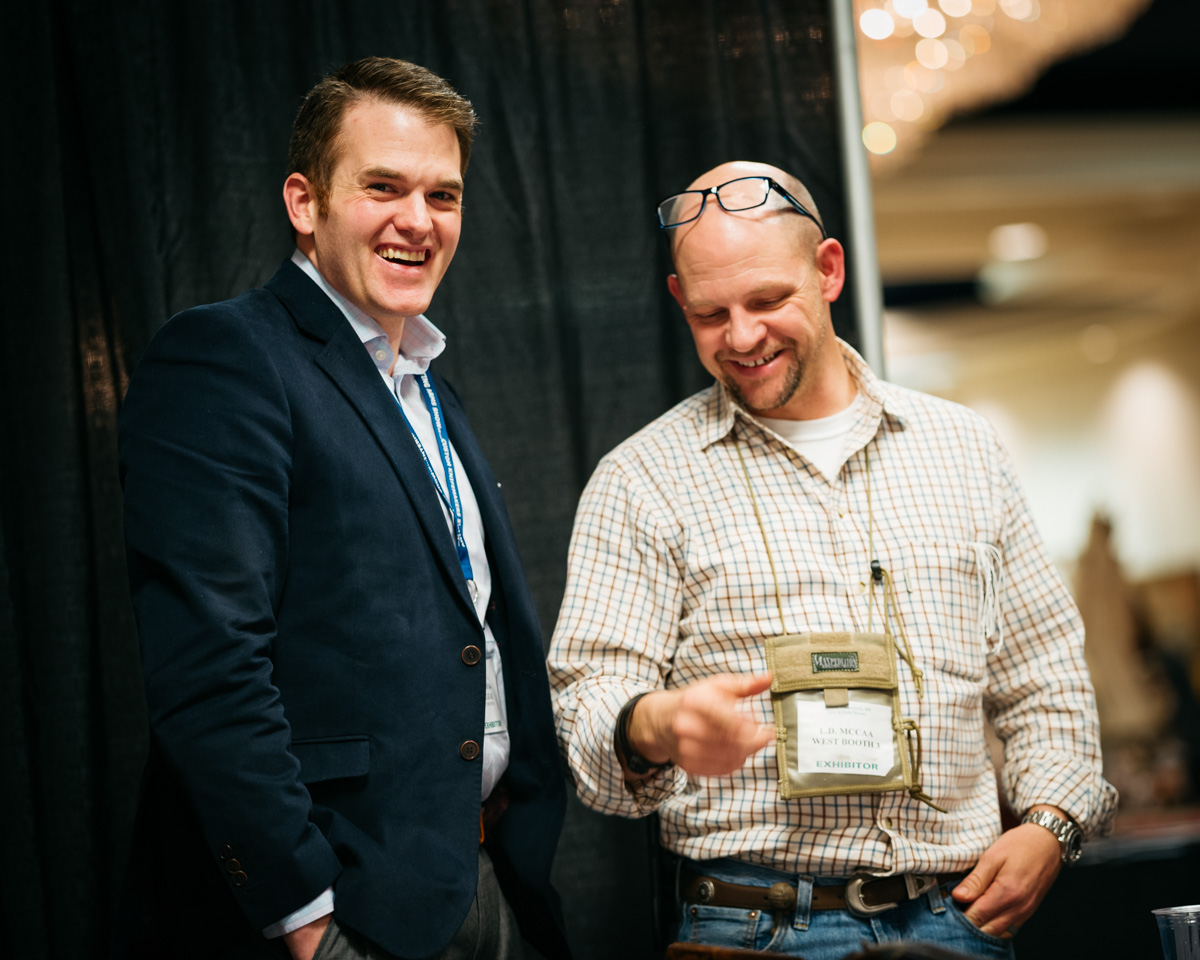 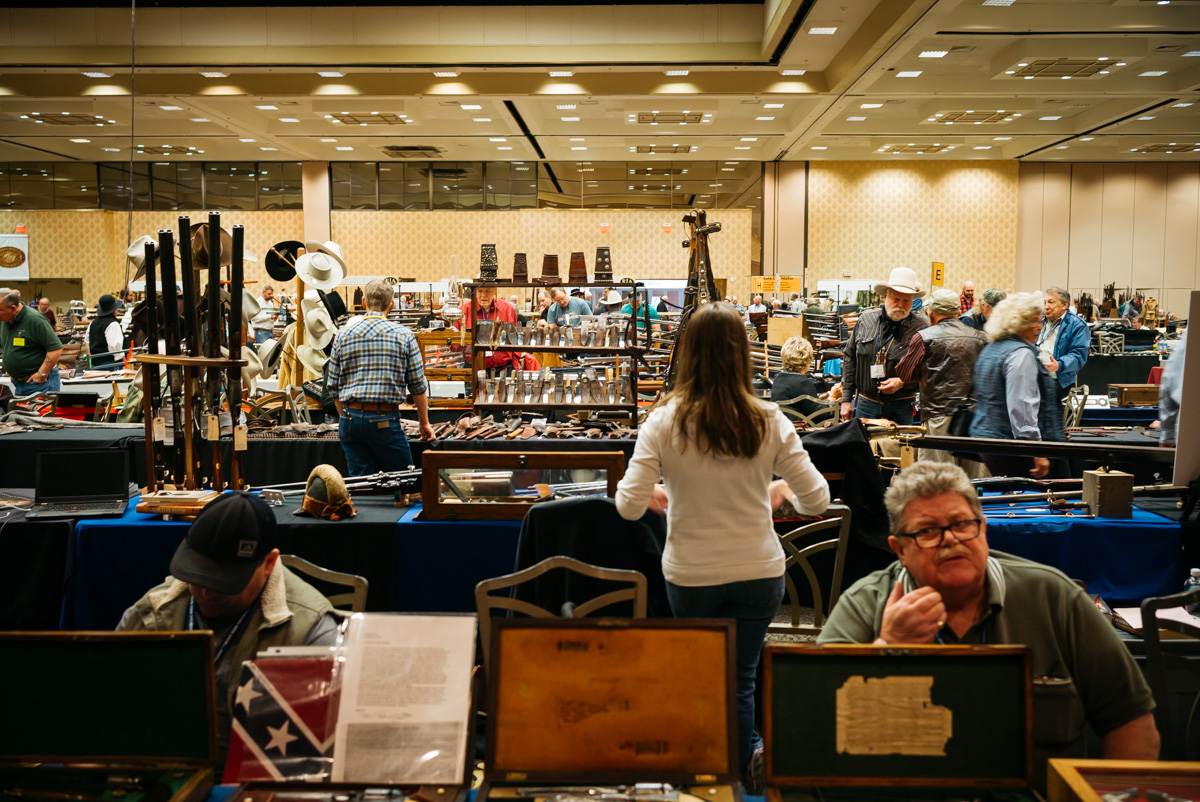 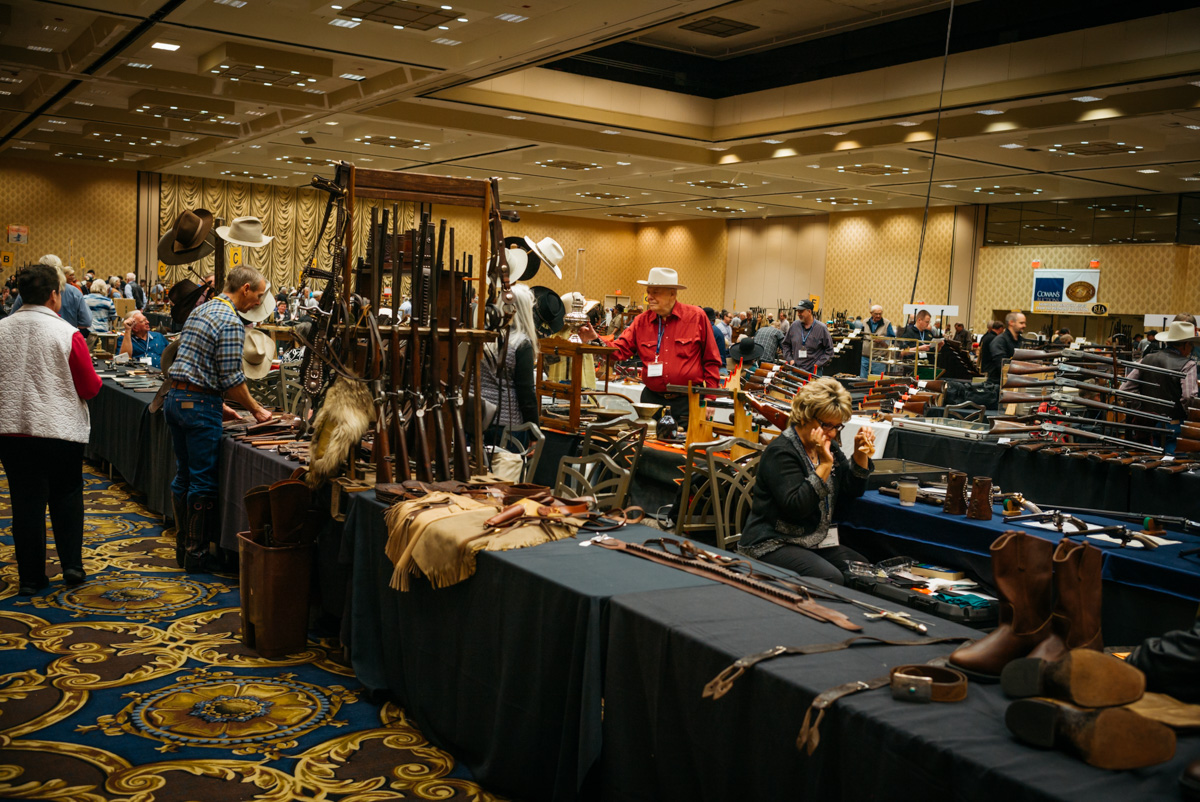 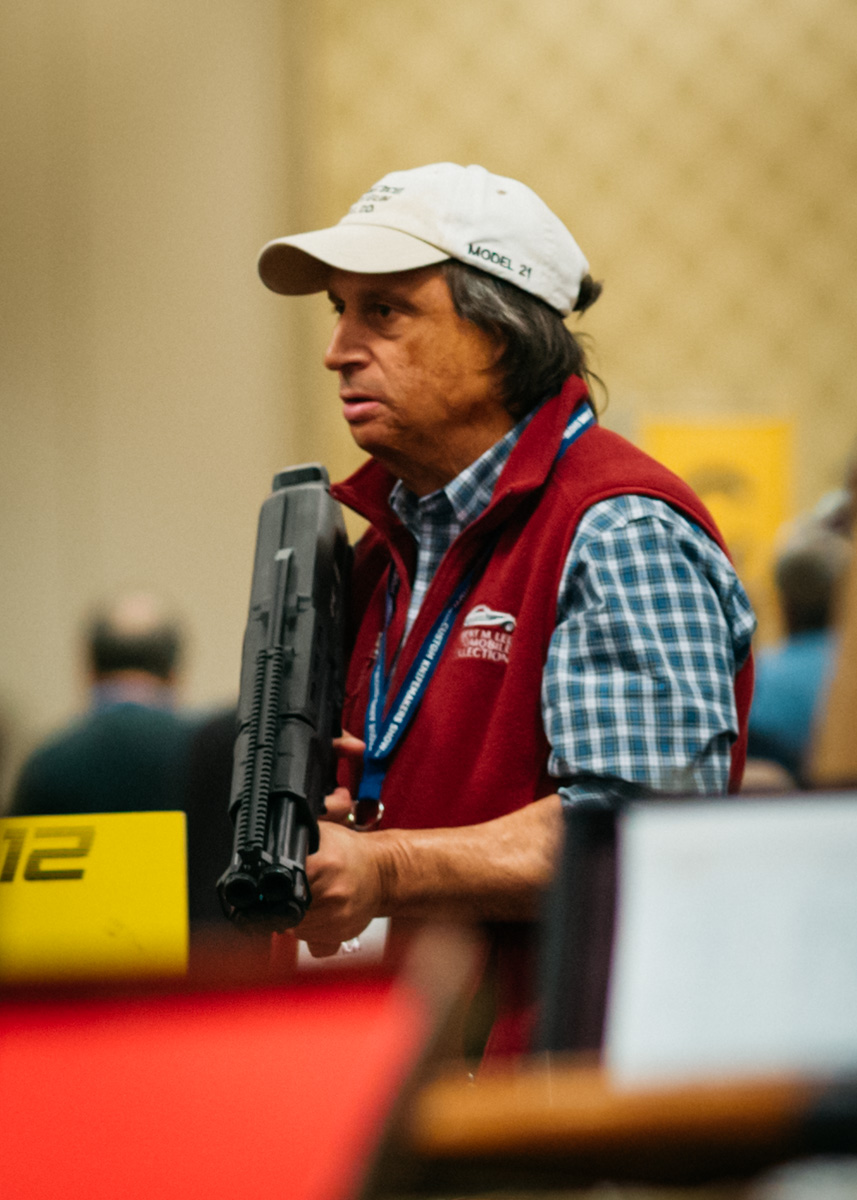 I was fortunate enough to attend the Antique Arms Show in Las Vegas last week. It’s an interesting show in that it’s not the typical, high-profile show such as Safari Club or SHOT. Vendors generally have small, easily collapsible “campaign” tables and just a few guns. Naturally there are those that bring a massive number of guns, but I don’t really know that it’s advantageous for them. However, it is a great opportunity to see a lot of what’s on the market without having to shop all around. It’s very nice to have exposure to these guns as sometimes it’s really quite hard to tell what a gun is truly like via photos on the internet.

The show is sectioned into various departments such as fine guns, engraving, knives, and more generic guns. There are some fascinating things that can be seen at this show from carved ivory to historically important “old west” guns to very nice hand-made knives. I even found a gentleman practicing his sword handling skills in the lobby! Because of the range of options, the vendors and attendees are quite diverse in many regards. I think that this wide range of people is quite good for the show as it perhaps brings awareness to certain companies that they would otherwise never have. However, and as I’ve stated previously, finding a young person at the show is very difficult. It’s mostly gray-hair filling the aisles. I know that there are a few young people campaigning for this sector of the industry so perhaps we’ll be able to get more youth interested in the near future.

One thing I really enjoy is that the show is much more intimate than the others. It’s easy to speak with someone and that is really what this show is all about. I must say that I met some great new people and was reintroduced to some I haven’t seen in years. I spent hours and hours just chatting about all things related to the industry as well as some more diverse topics such as Elton John and cars. I think that everybody that goes to this show has somewhat of the same opinion in that it’s more for harvesting relationships and connecting with others than it is about outdoing others with showmanship. Overall this show was quite slow but I did enjoy the conversation and the new relationships that were formed.