ON THE CIRCLE : A not too in depth look at rejointing. by David Brown.

Circles and draws, hooks and pins.

With these odd words the story begins...

An off the face gun is something worth a little time to try to understand. The main questions are what to do about it and what caused the problem in the first place.

A general view is the culprit is usually a worn cross or hinge pin along with wear on the mating surface of the hook. Maybe or maybe not.

Perhaps a bigger cause is a lack of elasticity of the action resulting in an actual permanent bending or stretching of the action face rearward and away from the breech end of the barrels.

The fact that new guns and newly rejointed guns can and do come off the face during proof where cross pin wear can't be a factor should be telling.

When a new cross pin is fitted and the barrels moved to the rear, a chain of events comes into play and things can become increasingly complex.

Move the barrels rearward and we're "off the circle"; the circle being the concave surface on the front of the rear lump. The function of this concave surface being to mate with the corresponding convex surface of the "draw" or that portion of the forward surface of the rear action lump slot. This "jointing" of the circle to the draw is the primary means of absorbing recoil forces and keeping a gun from coming off the face. On some guns, namely the Westley Richards "C" models, these forces are mainly taken by the forward area of their deservedly famous doll's head.

Looseness begets looseness and if the major forces occurring during shooting are taken only by the cross pin and hook because of excess clearance between the circle and the draw the gun is soon loose once again.

Reducing this excess clearance is the obvious remedy. Easy to say but not so easy to accomplish. A build up of the circle surface or that of the draw or both can be done in several ways. Fitting a new piece to the front of the circle or to the draw and smoking them back in is possible. This or a metal deposition process if carefully done can put the circle back on the draw and the barrels back on the face.
At the end of the day it all can come down to what if any looseness or amount of being off the face is tolerable and safe. Probably the best advice is to shoot the loads the gun was intended for and use a little good grease on the bearing points.

A gun set up too tightly is no pleasure to use during a long day's shoot and many, many guns that are a bit loose give, and will continue to give, thousands of rounds of service with little or no trouble.

The best option may be to ask the views of a competent gunmaker or gunsmith and either fix it if he sees it as a problem or quit worrying and enjoy your gun.

Vic Venter's excellent book GUN CRAFT has a marvellous chapter on jointing and well worth reading if one has further interest.

I cannot refrain from a small addition here. I personally prefer a loose gun to a tight gun. It is hard to define what is absolutely perfect as different sportsmen will prefer a different feel to their guns. When I say loose I do not mean rattling but I like the gun to open and close easily and for the top lever to go home properly. I see many of the London guns coming out "very tight" with the explanation that the gun will wear in, that the tightness shows the gun is new, the top lever 15 degree or more off centre will "bed in". I have often been asked if the gun is safe when the lever is not fully in position and have heard of people not using new guns because they thought they were not locked properly as the lever wasn't home.

I like our guns and rifles to be ready for use in the field, I see no reason for the client to 'run the guns in", something like we had to do years ago with a cars engine. At Westley Richards we run the guns in before they leave. There is nothing more frustrating than a hard to open and close gun in the field and if tight and hard to close the loader in the case of a shotgun will be slamming the gun closed and this can quite easily end up with a broken stock from the shock. This has happened many times. In the case of a double rifle it is just plain dangerous if the rifle doesn't close quickly, often the milliseconds do count.

Tom Wilkes' father used to say 'guns should be made for gentlemen's hands to open and close" and I fully agree with this approach! 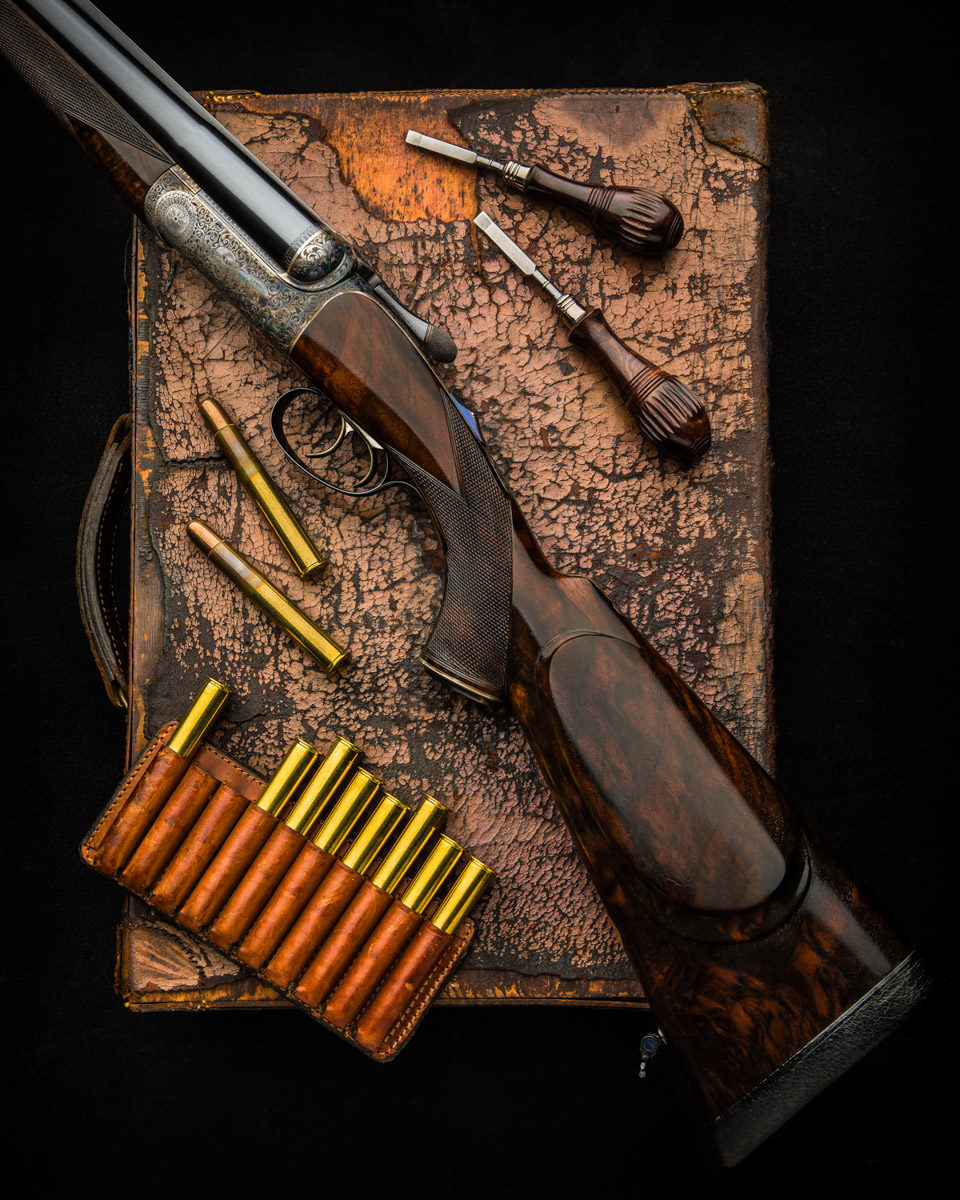 Straight Lines and Phantom Curves. A look at stock makeoffs. By David Brown. 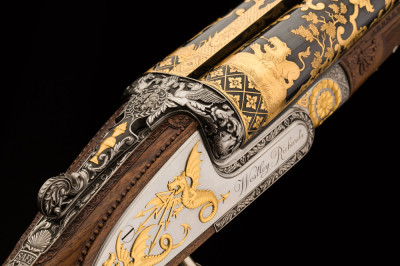