Owen Hastings of the Purdey team.

The reason behind Purdey's  2013 attack in Birmingham to poach our apprentices became apparent today when Owen hastings and Ian Sweetman, our 2 ex lads helped lead Purdey to claiming back the London Gunmakers Cup off us at todays shoot with a cup winning score of 173! Westley Richards won the cup last year at the Aitkin Grant and Lang grounds and hosted this years event. The highest scoring team overall was E J Churchill's who also won the flush.

The event was held at the excellent E. J. Churchill shooting ground in West Wycombe and was superbly organised for us by Rob Fenwick, the manager of the grounds and his team. I am sure everyone who attended will join me in thanking them all for a superb day.

There was an excellent turnout this year with 17 teams of 3 participating in the shoot. Holland & Holland were noted in their absence, but it was agreed a hat would be passed around to collect their entry fee for next year. 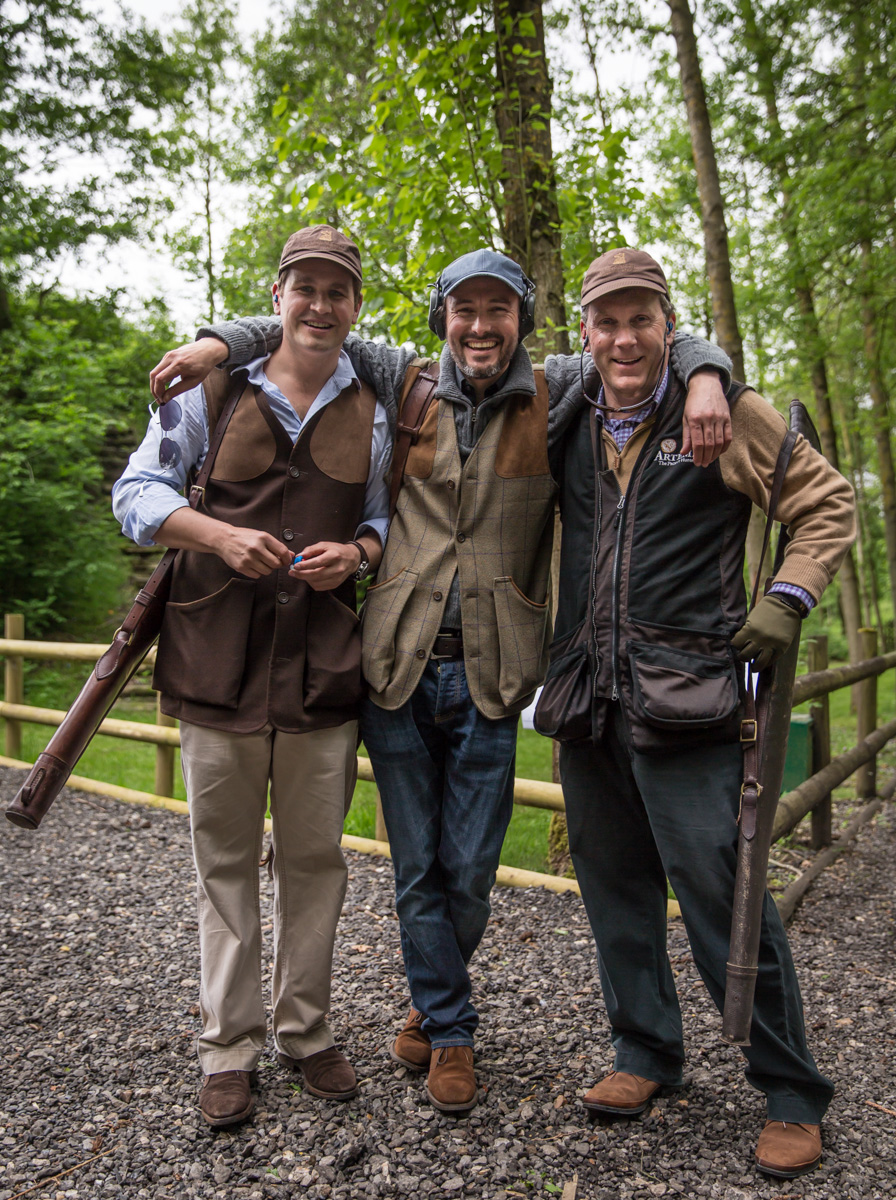 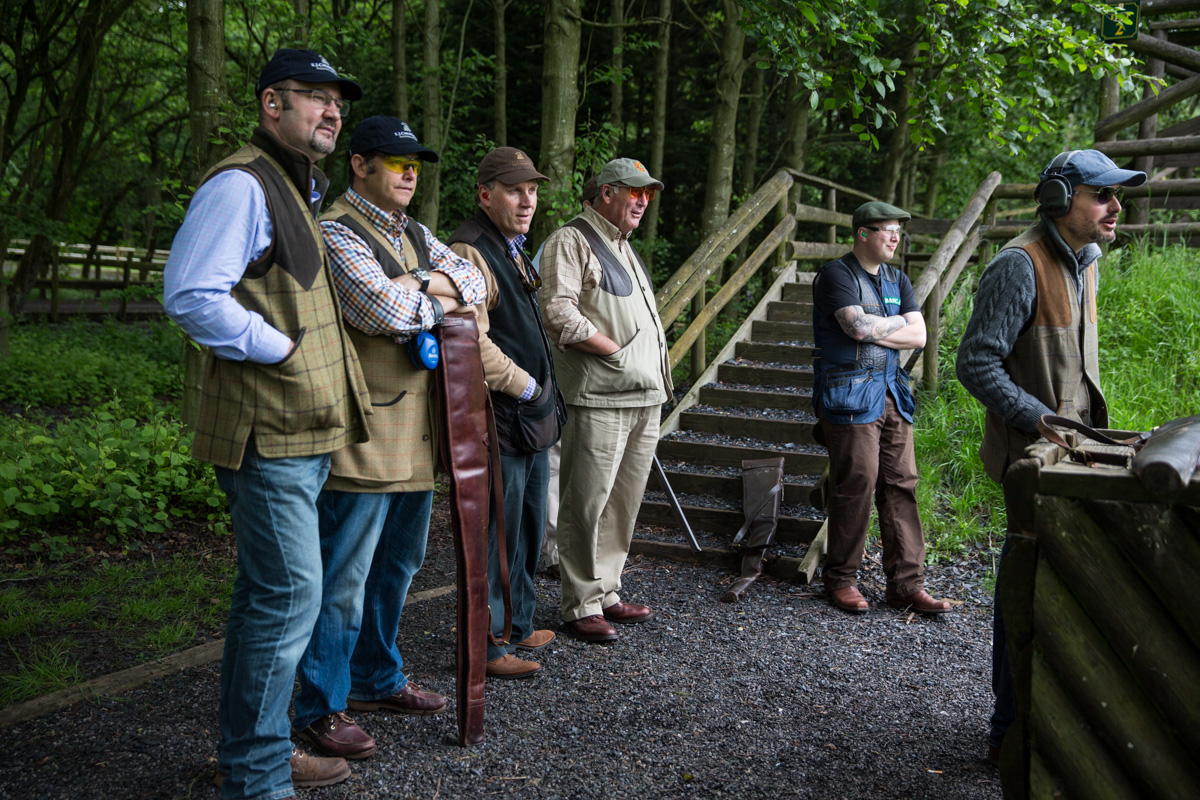 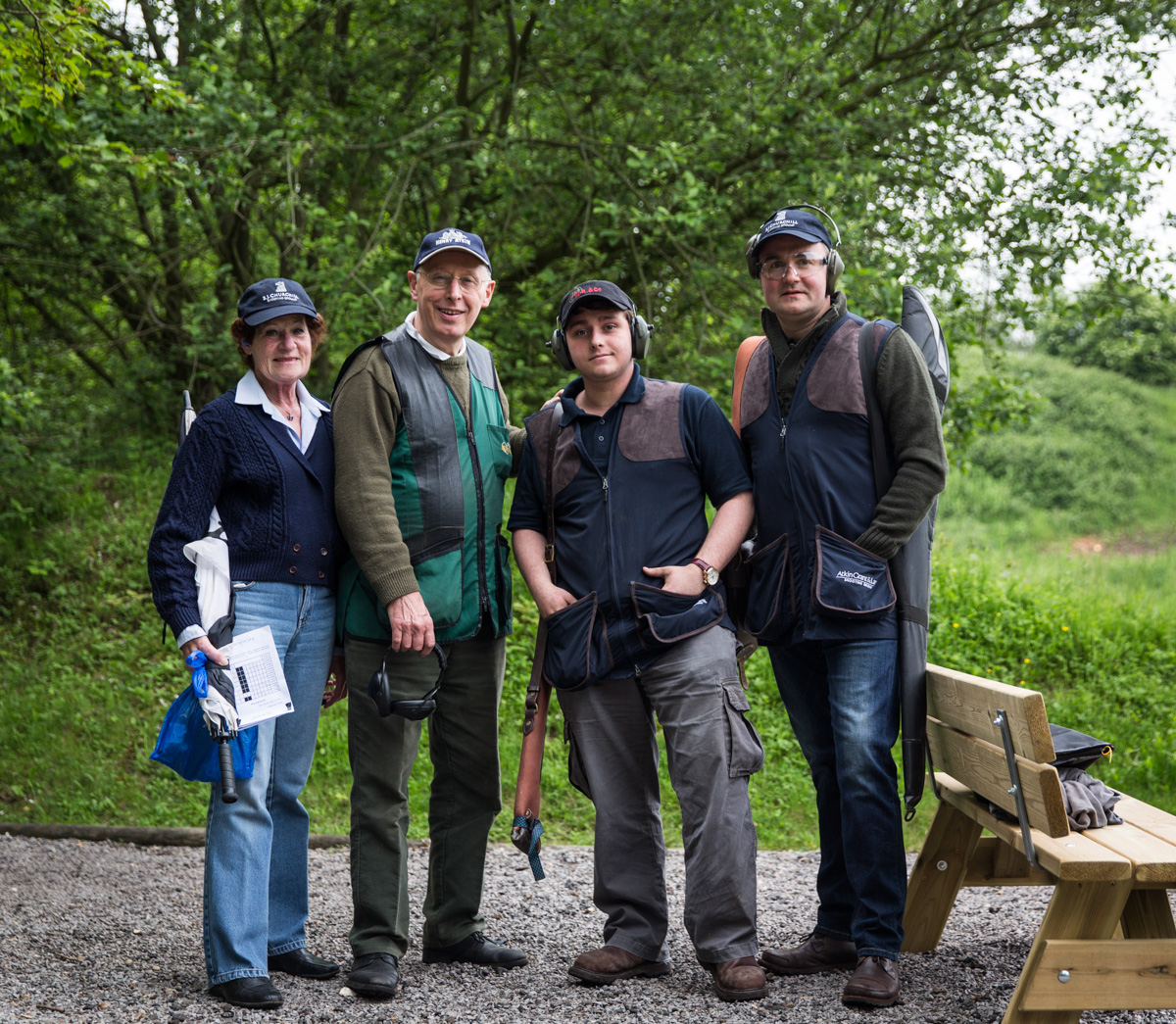 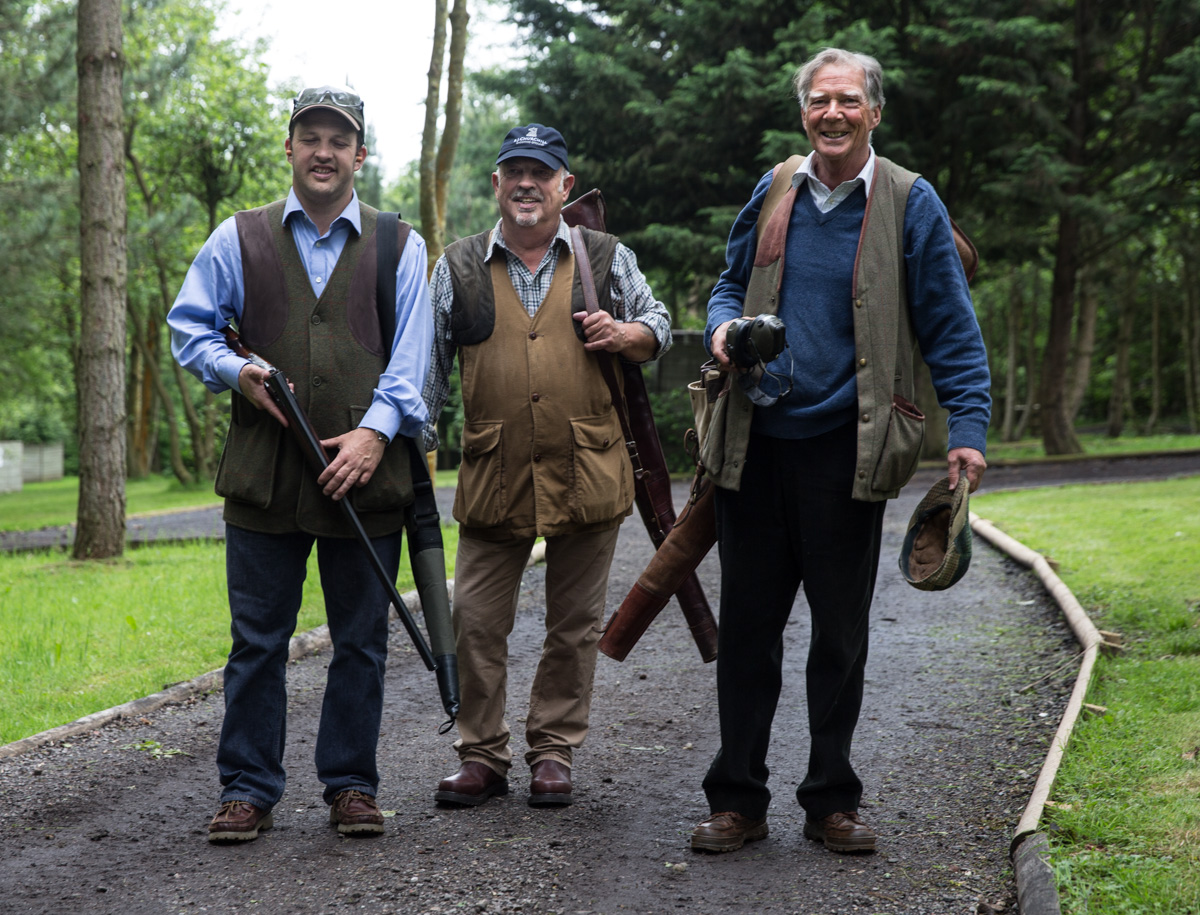 Ben Laidlaw, Bob Laidlaw and Will Garfit of Shootmart Ltd. 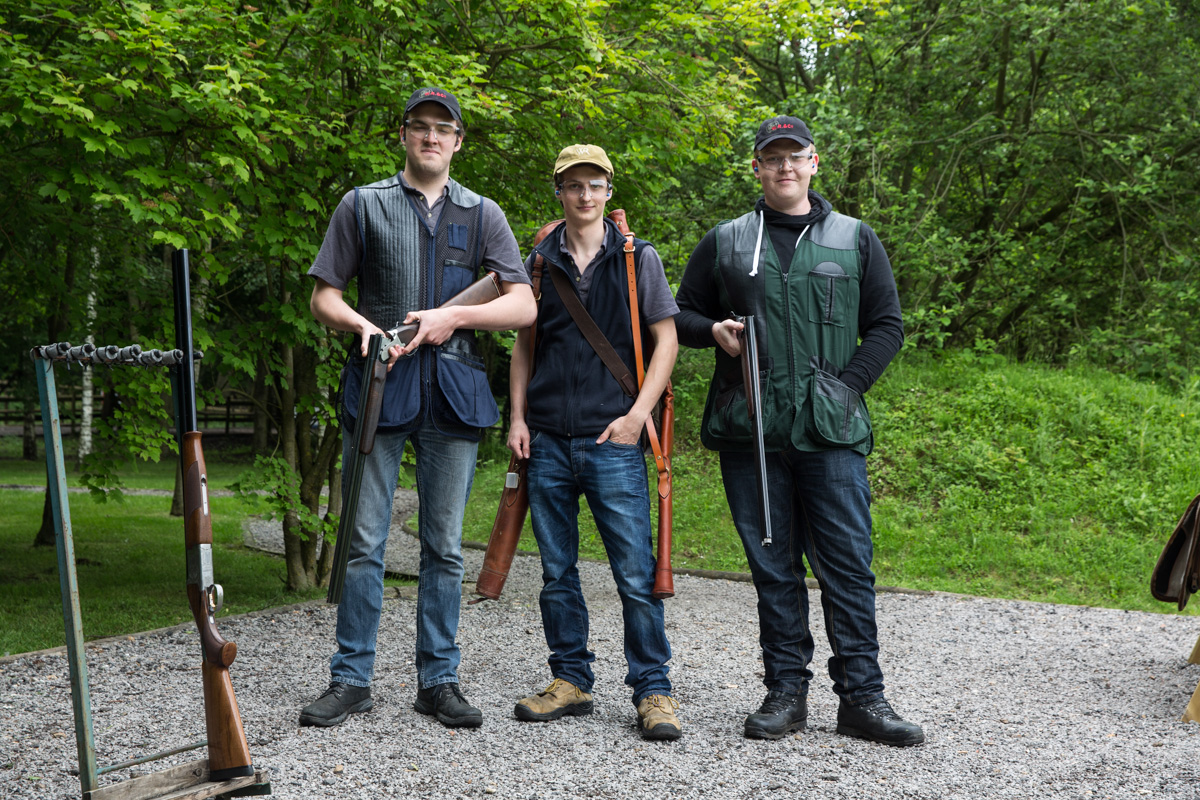 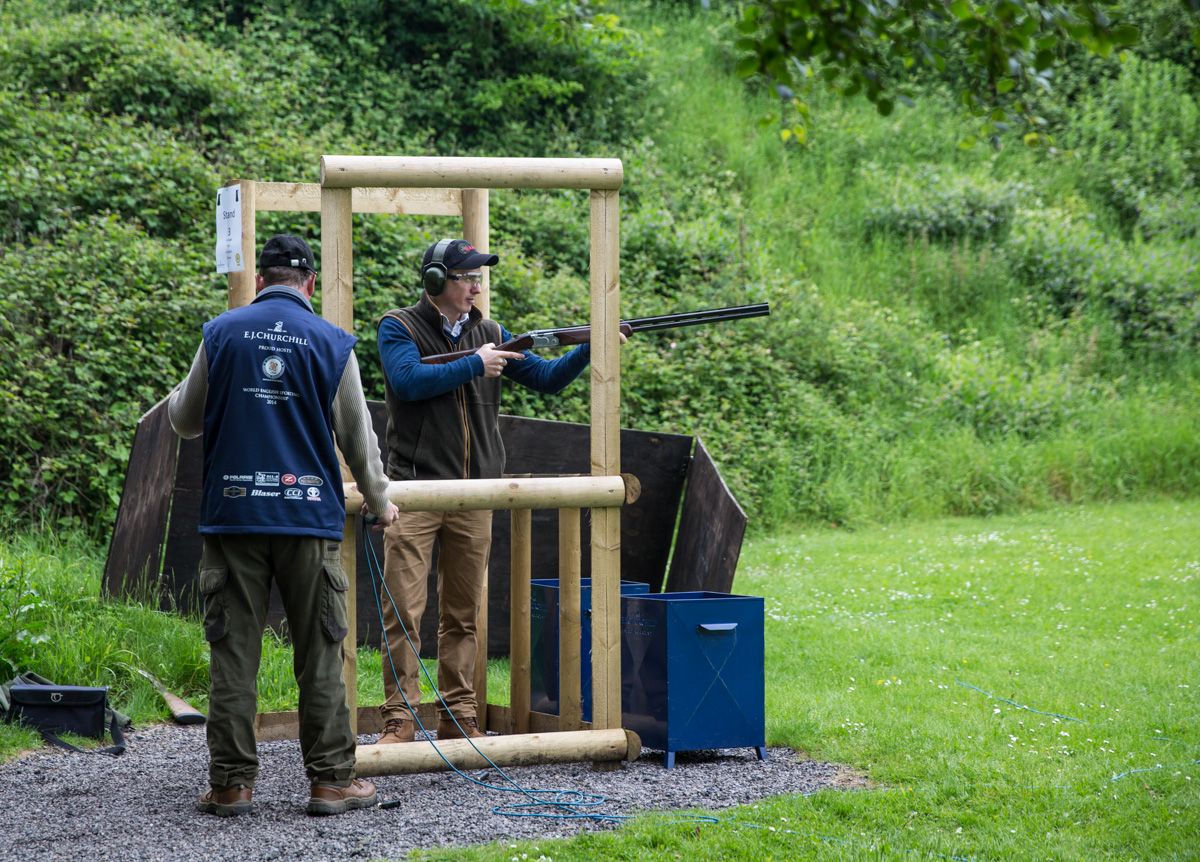 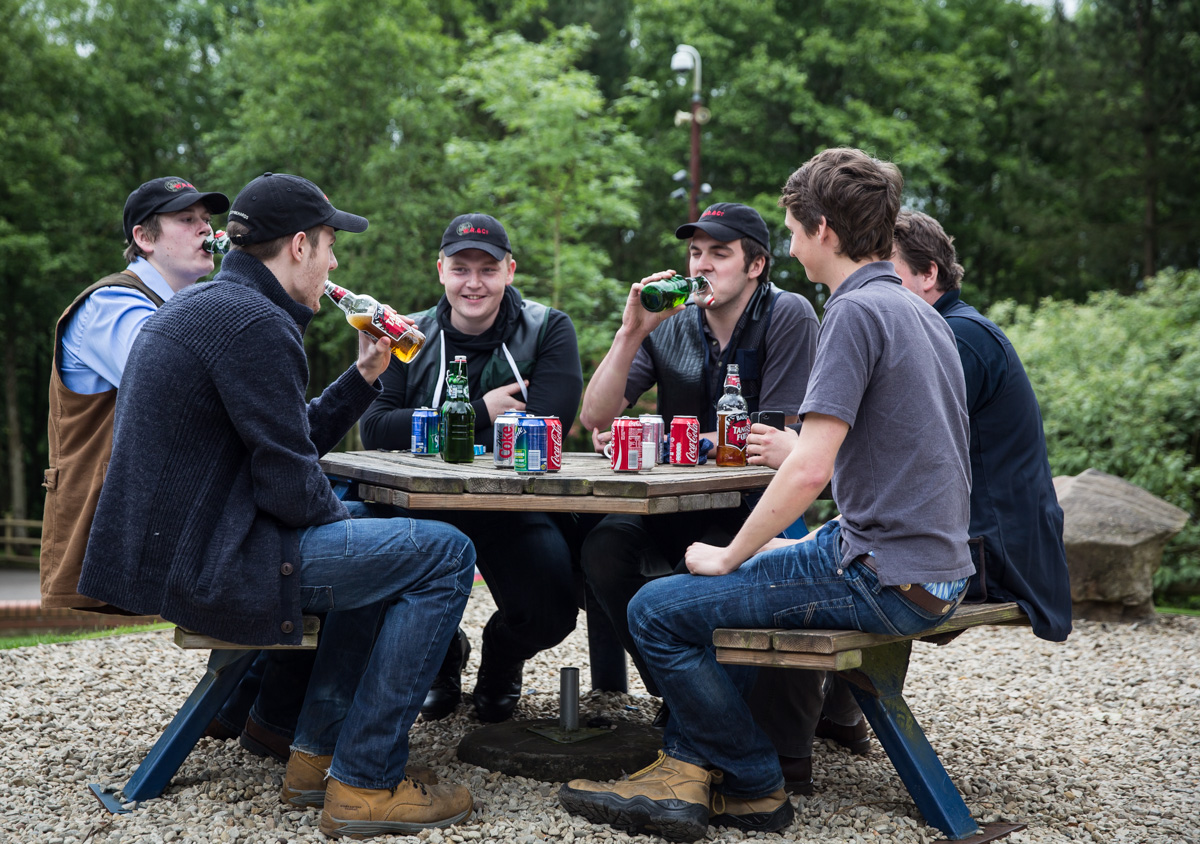 Westley Richards teams enjoying a beer after the event.