How Accurate Do Our Rifles Need to Be? Guest Post by David Hack.

“Only accurate rifles are interesting”, as the rather hackneyed saying goes. This famous quote is attributed to the late Colonel Townsend Whelen, the American soldier and rifleman from yesteryear and in essence, I agree with him. An inaccurate rifle is at best a nuisance and at worst potentially life threatening. Whether in the heat of Africa or otherwise faced with the trophy of a lifetime, an accurate rifle would seem to me to be a necessity. However, how do we define accurate? One man or woman’s ‘minute of buffalo’ is a wholly unacceptable level of inaccuracy to another. Most of us would accept that our hunting rifles need not match the inherent accuracy of a bench rest or F-class target rifle but where do we draw the line? More importantly, can we have our cake and eat it? In other words, can we have a rifle built around the magnificent Mauser ’98 action but with levels of accuracy we might expect from modern, factory sporting rifles?     I believe we can, but the journey to this sporting nirvana is not necessarily straightforward. My own struggles began when I first discovered just how accurate a ‘rattly old Mauser’ could be during the few months I spent in the South Atlantic in 1982. Shortly after the end of hostilities, my colleagues and I began the task of rebuilding the airfield at Port Stanley from the debris and chaos of the Falklands War. Working in a tented camp not dissimilar to the one from ‘MASH’, we spent months on end working in and around the bombed out and shattered remains of the old airfield, trying to get back to some sort of military normality. Time off was at a premium and even when we did get a few hours away from work, we couldn’t go far as most of the roads and all the beaches surrounding the airfield were heavily mined. Nevertheless, one particular afternoon off will always stick in my mind. This particular day, we were invited to inspect (a euphemism for have a play with) some trophies recovered from ‘the other side’ at a variety of sites in and around Stanley. One such trophy was a very old and battered Mauser sniper rifle, which at the time never occurred to me but was most likely one of the legendary DWM Modelo 1909 rifles for the Argentinian contract (to me, one of the finest of all Mauser ’98 variants). Anyway, that afternoon ‘the officers’ were allowed to put it through it’s paces, taking pot shots at a rock about 700 yards out to sea from a sand dune at the back of the airfield. With iron sights, much rust and a sobering recent history, the accuracy was mind-blowing. In fact, I can’t remember shooting anything quite so immediately impressive before or since.Fast-forward about 25 years and I again proudly held a Mauser ’98 rifle in my hands. This time, a fairly well known UK gun maker had built the rifle for me. Having waited excitedly for several months to get my hands on my new pride and joy, I rushed off to my local range to break in the barrel. With mounting frustration, I tried to zero it using my default Norma factory ammunition - the same ammunition that had recently grouped well under an inch at 100 yards in a well-known Finnish ‘value for money’ factory rifle of the same calibre, plastic bits and all!

To say I was disappointed would be the understatement of the century. Minute of buffalo is one thing but ‘minute of barn door’ was rather taking the mickey. Everything was tightened up, checked, checked again, different ammunition was tried but no, this rifle was never going to satisfy my accuracy requirements. Eventually, it had to go.

A few years later, I was again the proud owner of another Mauser ‘98 based rifle, from a different UK gun maker. This was much better and in all other ways a wonderful rifle but there was still a slight tinge of disappointment that my factory rifles costing thousands less would run rings around it in terms of accuracy. My sporting nirvana still seemed a long way off…

Having now had numerous rifles built for me (unfortunately, not all with Mauser actions), I have reached a conclusion as to how I might one day be able to own my perfect rifle i.e. a reliable, bombproof ‘do everything’ hunting rifle that is both very accurate and built around some form of Mauser ’98 action. Before I go on, I should stress that I am not a gunsmith, nor even an engineering expert, just an enthusiast with a desire for the best things in life. Unfortunately, as my wife often remarks, such material ambitions often fail to dovetail with the available contents of my bank account but such mundane issues have no place here.

I have no doubt that very accurate rifles can be built on original Mauser ’98 actions but I suspect the process is not straightforward. As I understand, it is much easier for a skilled gunsmith to ‘accurize’ a Remington action or similar, compared to an original Mauser action. However, this only leads to a rifle built, albeit very accurately, around a push feed action, the very antithesis of the qualities I demand in my rifles (see my Explora blog article entitled “In praise of the Mauser ’98” from August 2014 for my views on bolt action mechanisms for hunting rifles). Of course, top end makers such as Westley Richards can work wonders with original Mauser actions but I presume there is a lot of work involved to get them shooting right. The action needs a full blueprint and also benefits from being properly bedded into the stock, all tasks that are perfectly feasible but in my experience not always carried out to an appropriate standard by other gun makers. To my mind, the real answer would be to combine the time-honoured function and design of the legendary Mauser ’98 action with modern metallurgy and CAD design, CNC machining etc. Then we might finally achieve that sublime mix of perfect function under all conditions with the accuracy we have come to expect from modern factory rifles, such as those odd push me, pull you German jobs!

I know that such actions exist. Indeed, I know of at least one UK firm now making wonderful brand new Mauser ’98 actions using just such modern engineering techniques. I also know that similar engineering is being employed to make modern Mauser actions in Europe. As I said earlier, I am just an enthusiast and gun trade customer, so obviously not party to the components used at present in the construction of modern bolt rifles by the ‘best’ trade. However, I would be surprised if the likes of Westley Richards were not sourcing such modern engineering marvels for at least some of their fine bolt rifle commissions these days?

All I know is that as my piggy bank slowly fills up in preparation for my not too distant dream purchase, I have every confidence that when that great day at Pritchett Street arrives, ‘my rifle’ will show all the traditional skills of the gun makers art but with the unerring accuracy those of us sadly raised on plastic Fantastic rifles now demand.

Illustrations from our new gun catalogue available from our shows and shop. 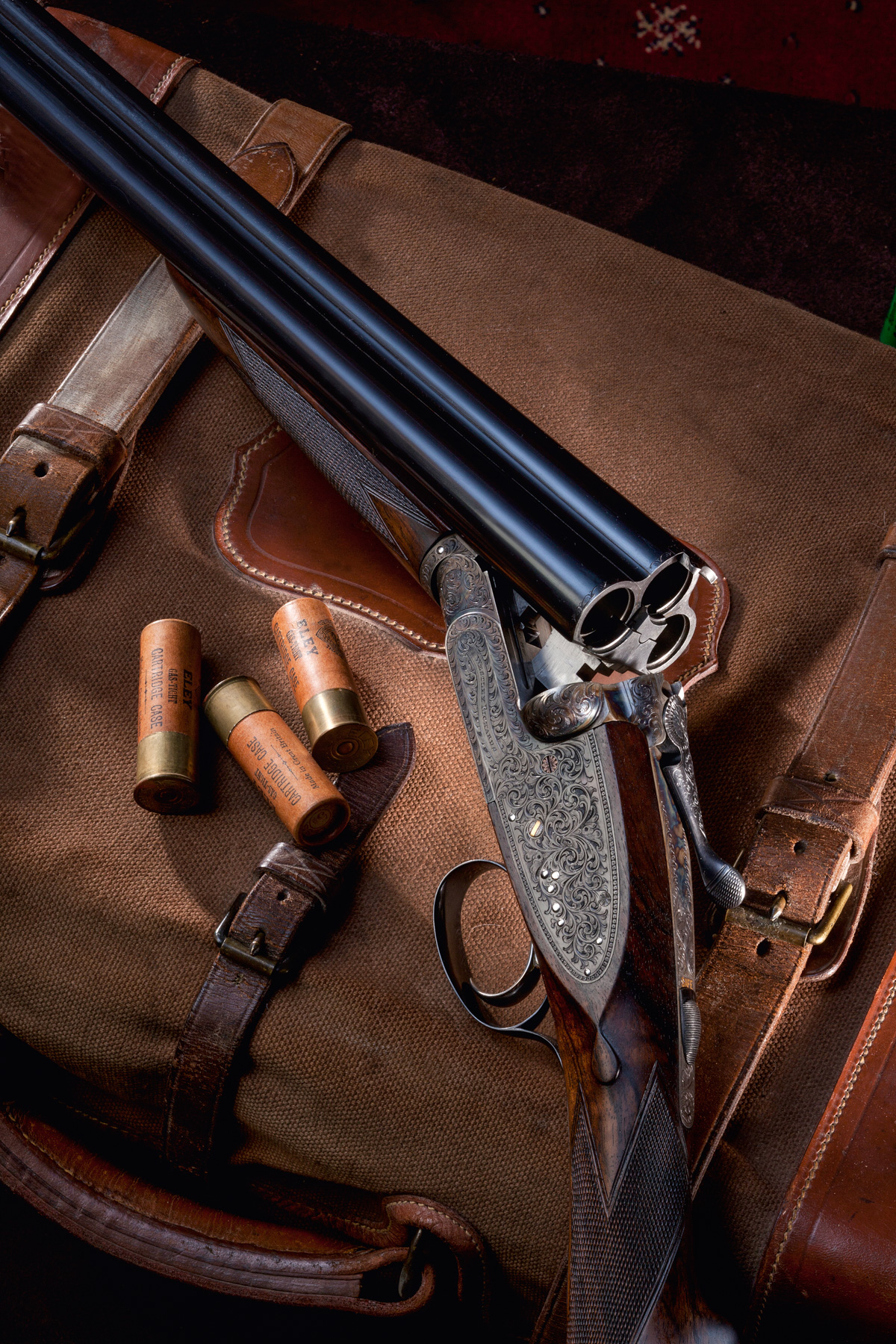 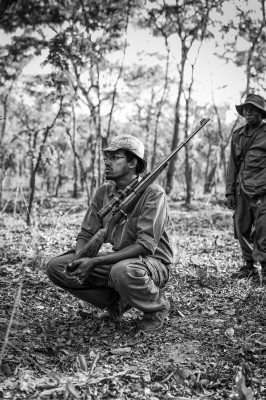 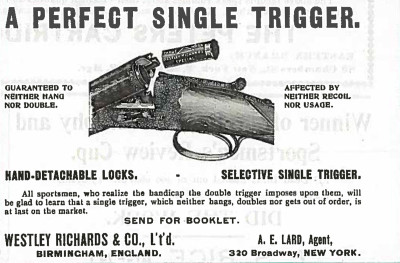