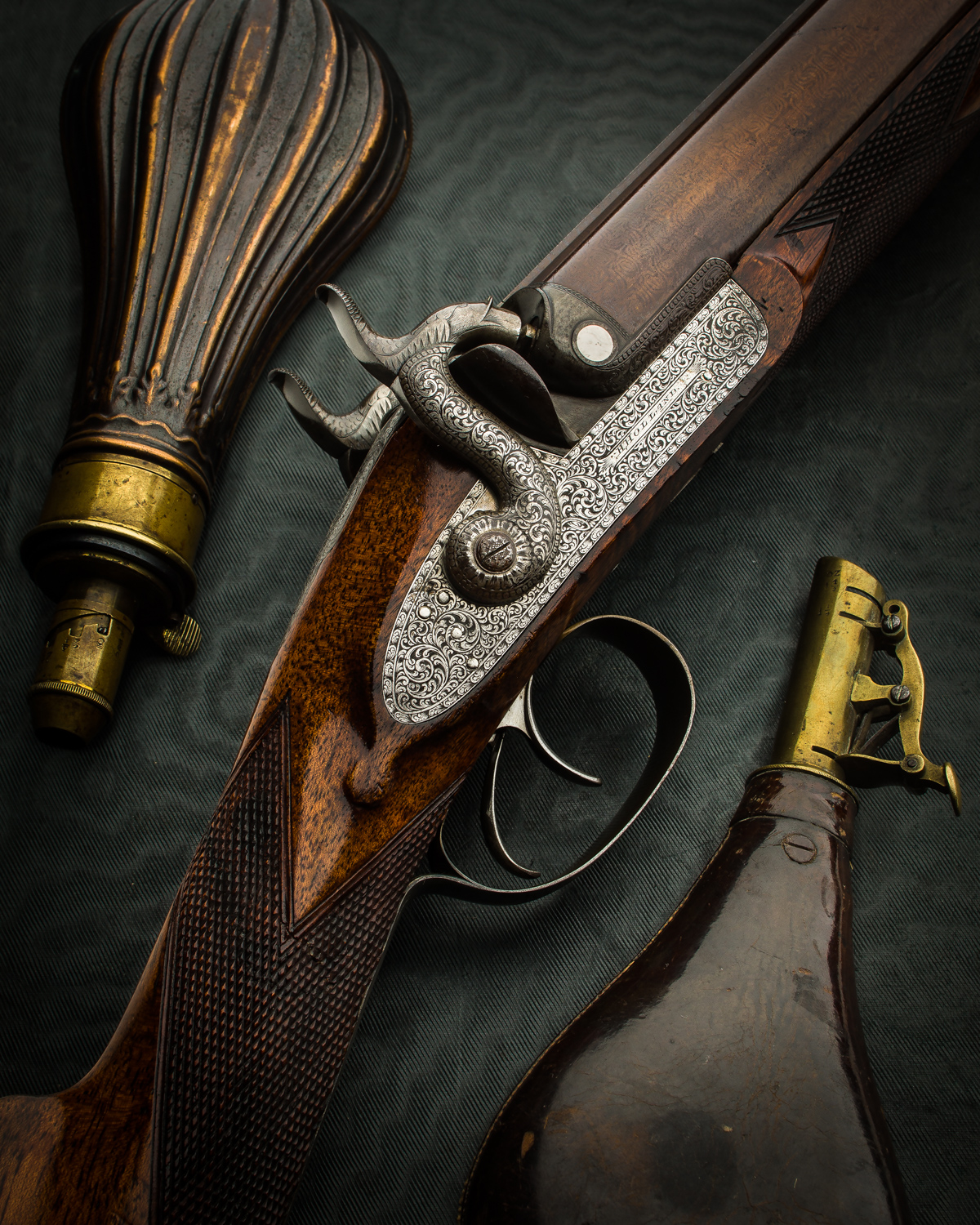 The early 1800’s gave rise to some of England’s most famed gun makers and their beginnings are nearly all owed to their family’s already established gun making origins. William Westley Richards came from a well-known family of jewellers, silversmiths and gun makers, James Purdey’s father, also called James, was believed to be a blacksmith and gunsmith based near the Tower of London in the late 18th century. Thomas Boss’s father, William was a gun maker for the famous Joseph Manton and was also an apprentice at Thomas Ketland gunmakers in Birmingham. However Holland & Holland’s inception was somewhat different and was born from the vision of an entrepreneur and later perfected by the talents and ingenuity of a skilled gun maker. 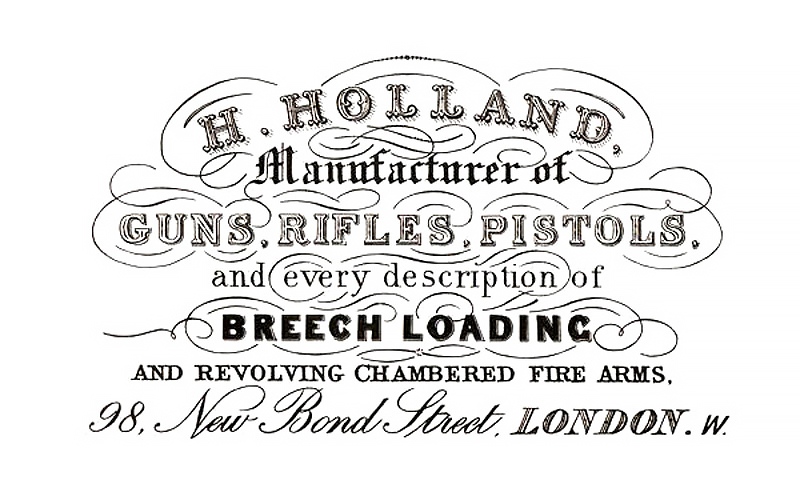 Harris Holland's (1806-1896) family had no gun making connections and were involved in the music trade and were skilled makers of variety of musical instruments. Initially continuing his family trade and deemed to be a talented musician, around 1831, Harris quit music and entered the retail tobacco trade and set up shop at 5 Kings Street Holborn later moving to a bigger premises at 9 Kings Street. In the mid 1840’s he saw a profitable future in guns and combined selling tobacco with guns. He initially had guns made for him under his name and by 1850 become a gun maker in his own right. It wasn’t until 1860 that Henry Holland, nephew to Harris joined the firmed and was apprenticed to his uncle. He became a partner in 1876 and ran the business after the death of Harris in 1896 until his own death in 1930. Henry’s skill, knowledge and inventiveness coupled with strong business acumen powered Holland & Holland to become a world famous brand.

Harris was a sportsman, keen shot and a successful live pigeon shooter, the sport which had become well established in England by the 1940’s. Frequenting such gun clubs as Hornsey Wood Tavern, Notting Hill and Hurlingham in Fulham, these clubs had wealthy members and Harris made good connections and supplied shooters with their live pigeon guns and accessories. One gun to pass under the lens of our camera is this H. Holland 4 bore live pigeon gun believed to be made for Harris himself. Gun No. 575 is a double barrel percussion 4 bore with 28” Damascus barrels, a 14 1/2” length of pull to a steel butt plate, horn forend tip, pineapple finial on the trigger plate, the rib engraved ‘H. Holland 9 Kings Street Holborn London’, the action and hammers are engraved with best foliate scroll. The gun was built with no rod and only weighs 7lbs 13oz. Completed around 1856 it is recorded as being built for ‘Mr. Holland’. An interesting gun built for a by gone sport, made at the start of one London’s best known makers. 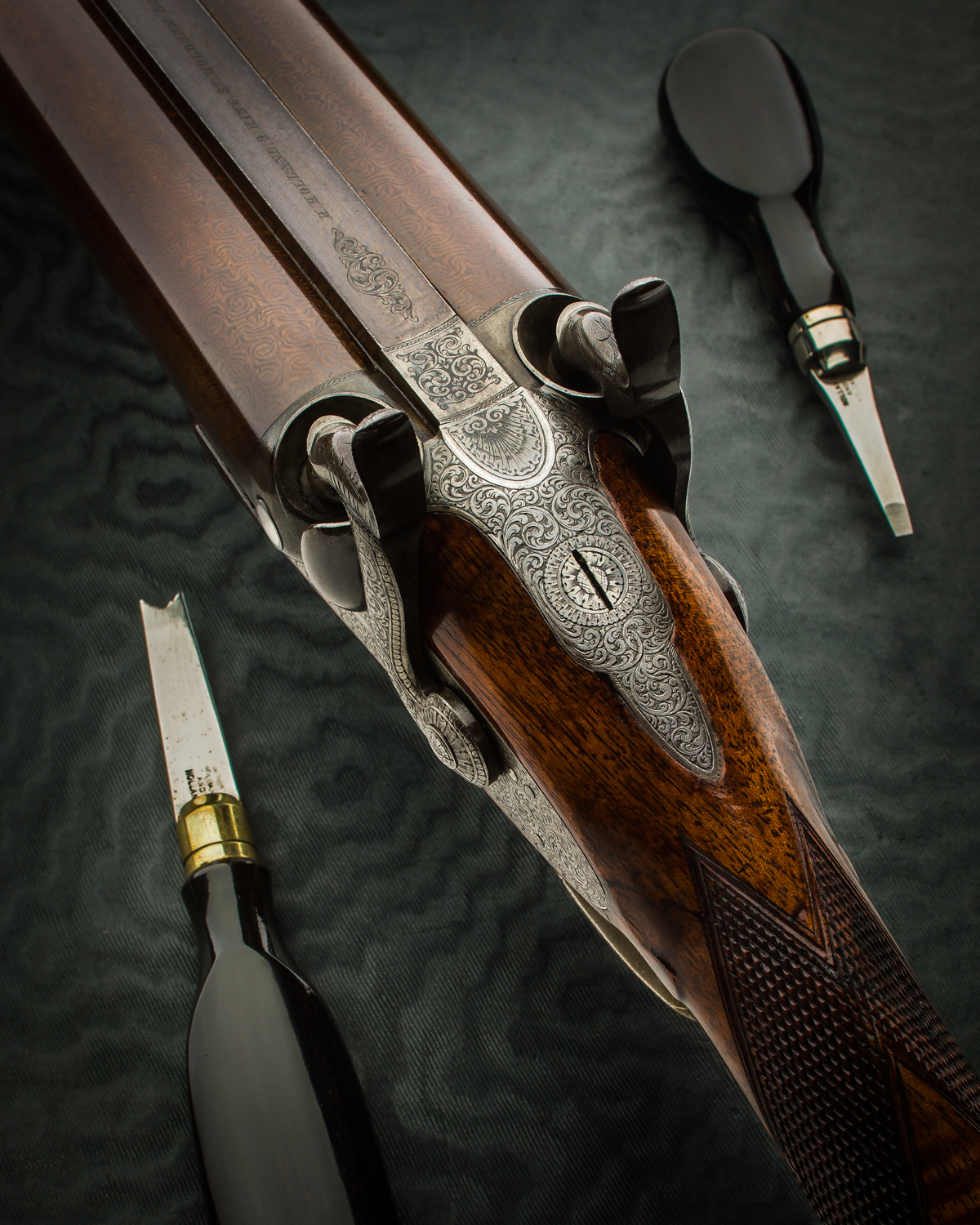 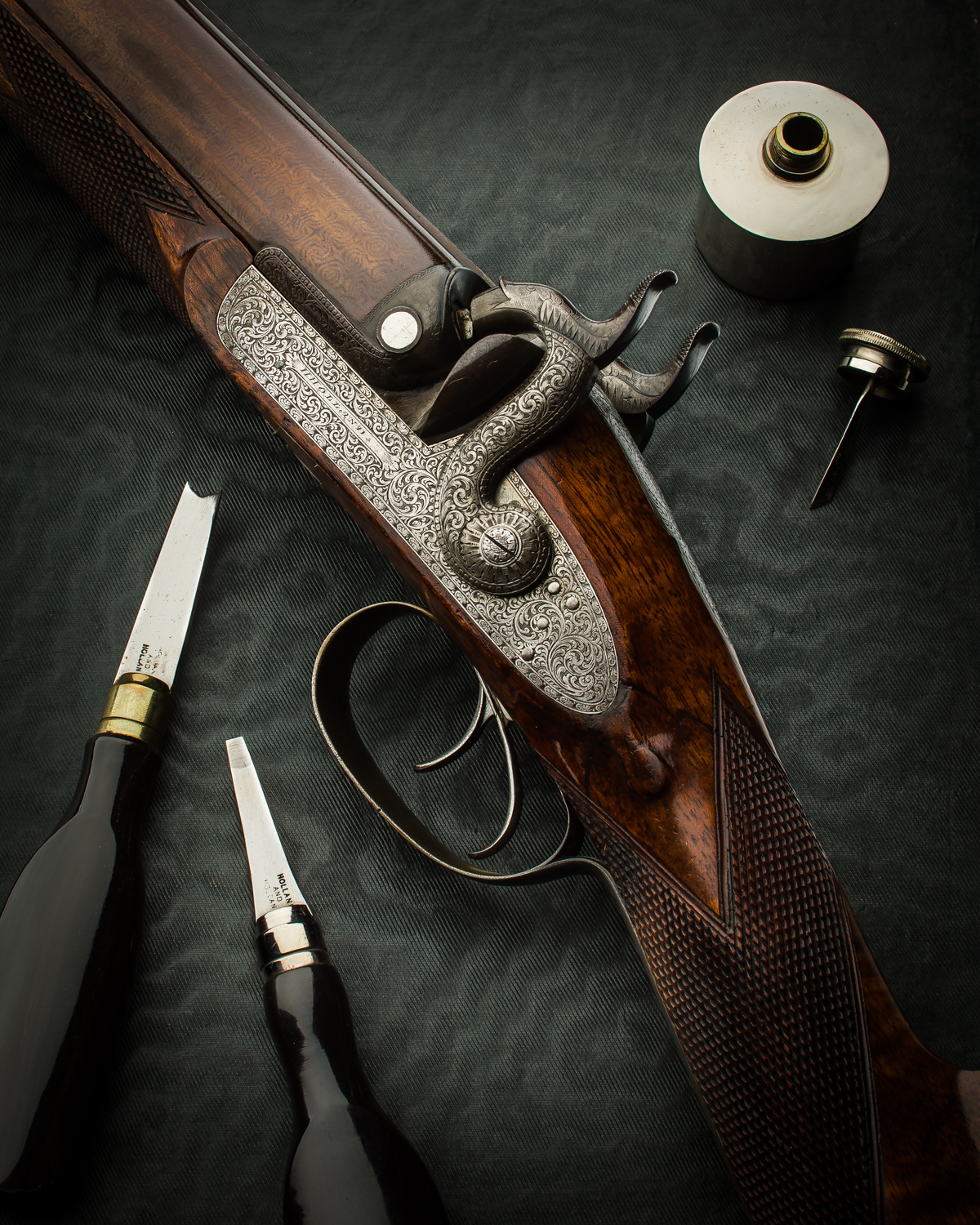