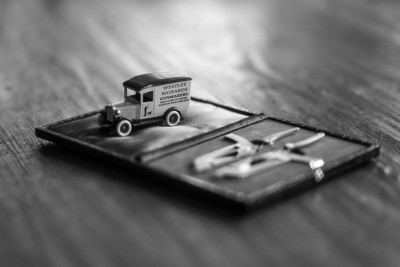 Back to Work, the Summer is Over and Deliveries Start Again!

Thank you for the short break! With August now all but over, the holidays are finished and the team here at the factory  is back to full strength, some form of normality will be regained. Summer is always a difficult time to get gunmaking done, the engravers are on holiday, the case hardeners go on holiday, the barrel blackers go on holiday and when they come back, our finishers have gone on holiday! Two months of intermittent completions now behind us. 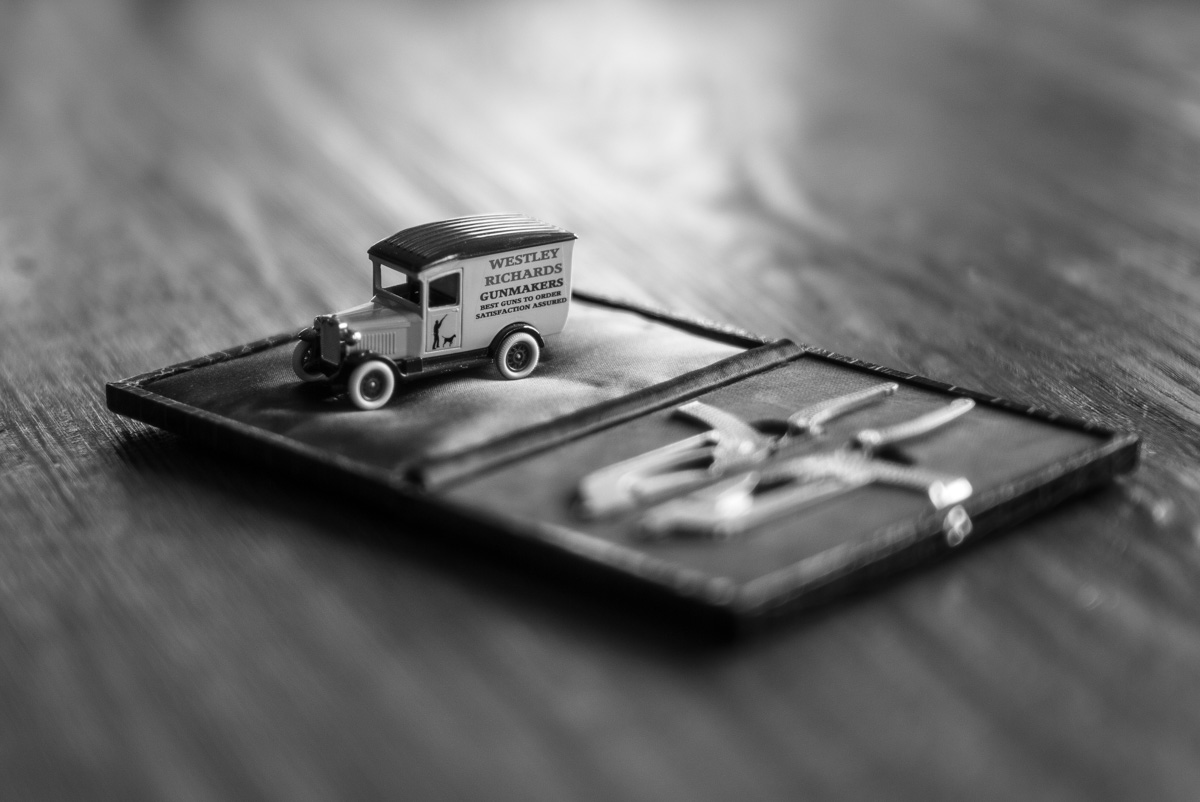 Over the next few months we have some super new guns coming up to finishing, The .600 sidelock Africa rifle is in its final weeks of engraving as is another major project being worked on by Vince Crowley. The pair of 4 bore guns just require the barrels back from the blackers and they will then be ready to go to their new owner after a brief stop in the photo studio as will another 20g Ovundo. In the hardening shop with St Ledger we patiently await 5 guns, the set of 3 small bore shotguns a double rifle and the first falling block Farquharson we have built in many years. So some great stuff to show you in the months ahead and I look forward to doing so. 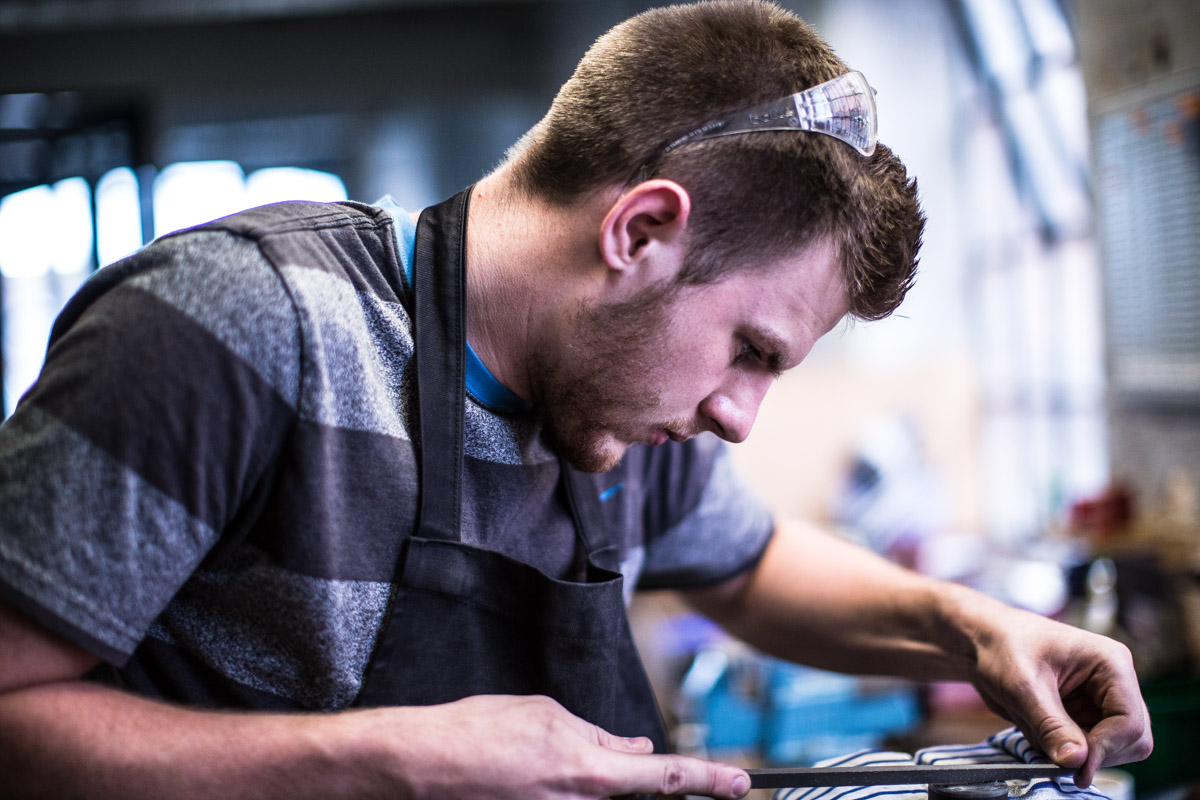 Adam on final assembly and fit of a Take Down rifle. 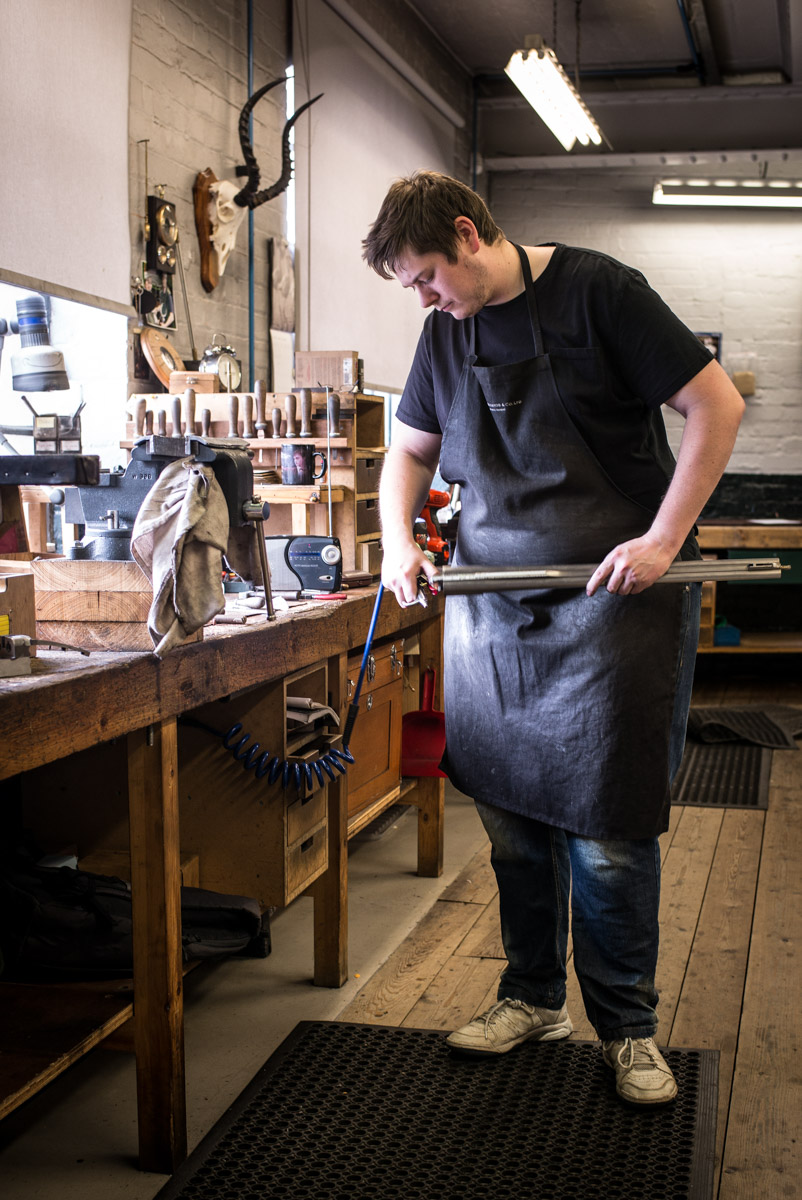 Stewart preparing a pair of rifle barrels for regulating. 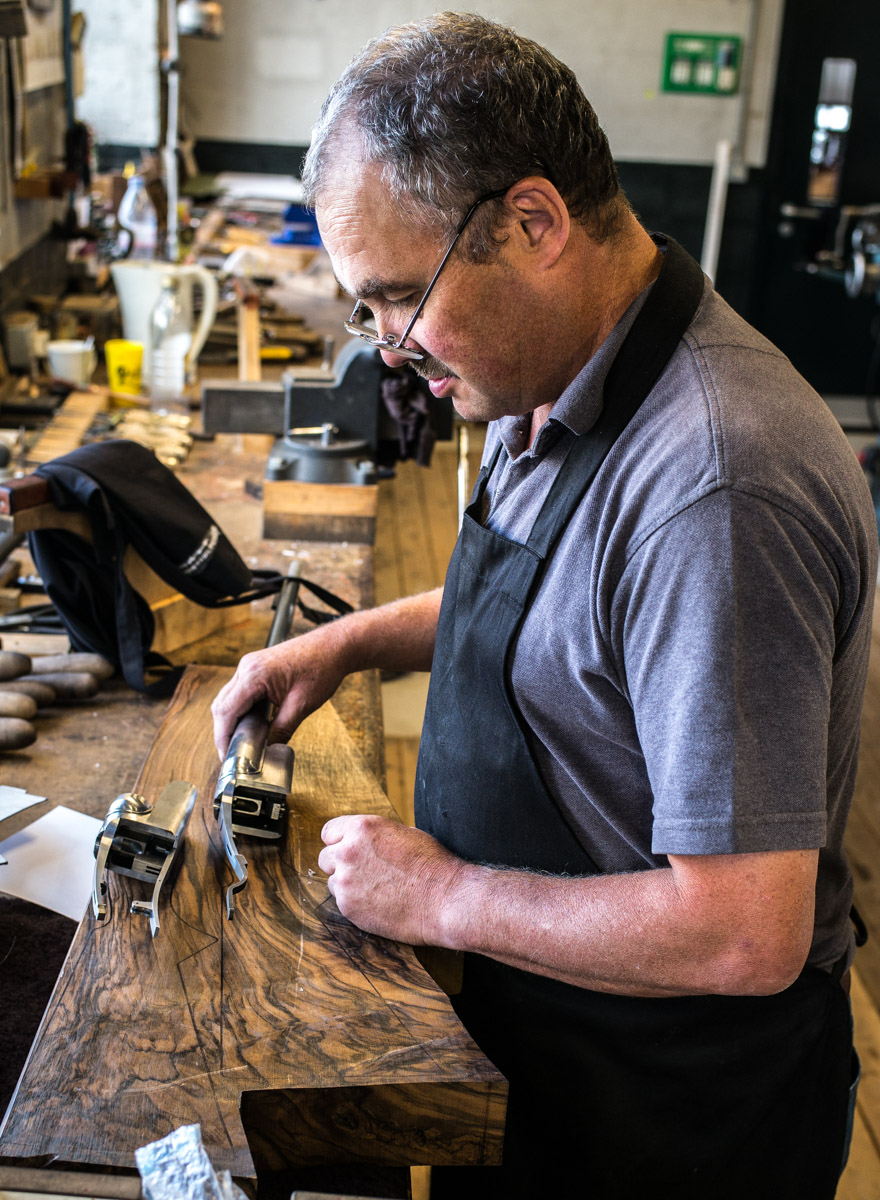 Keith offering up a pair of double rifles to a stock blank for layout. 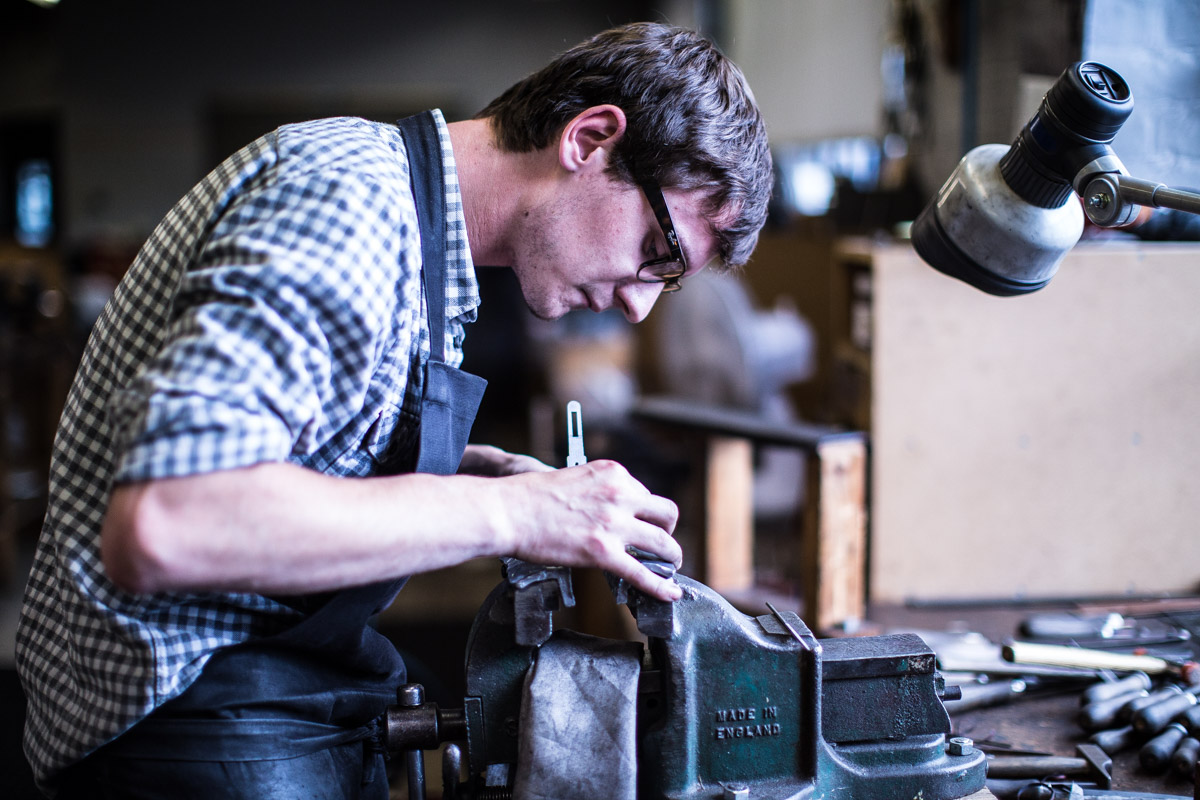 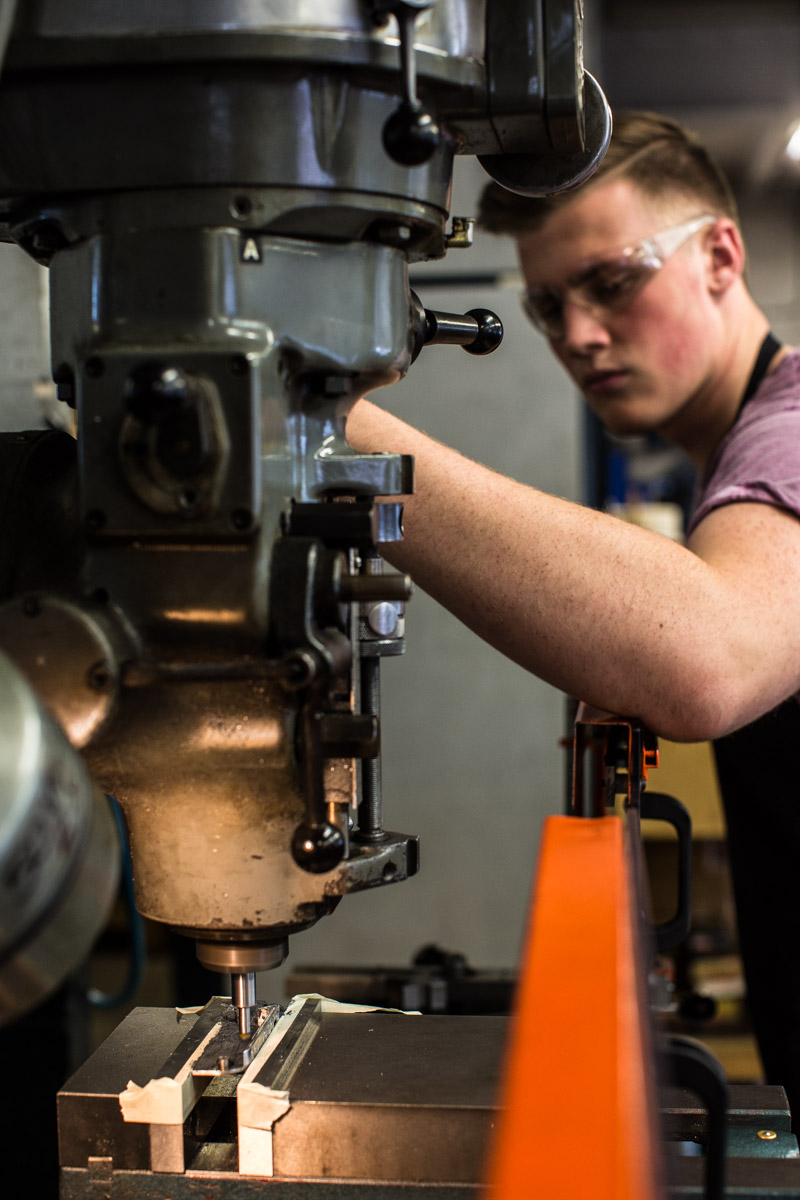 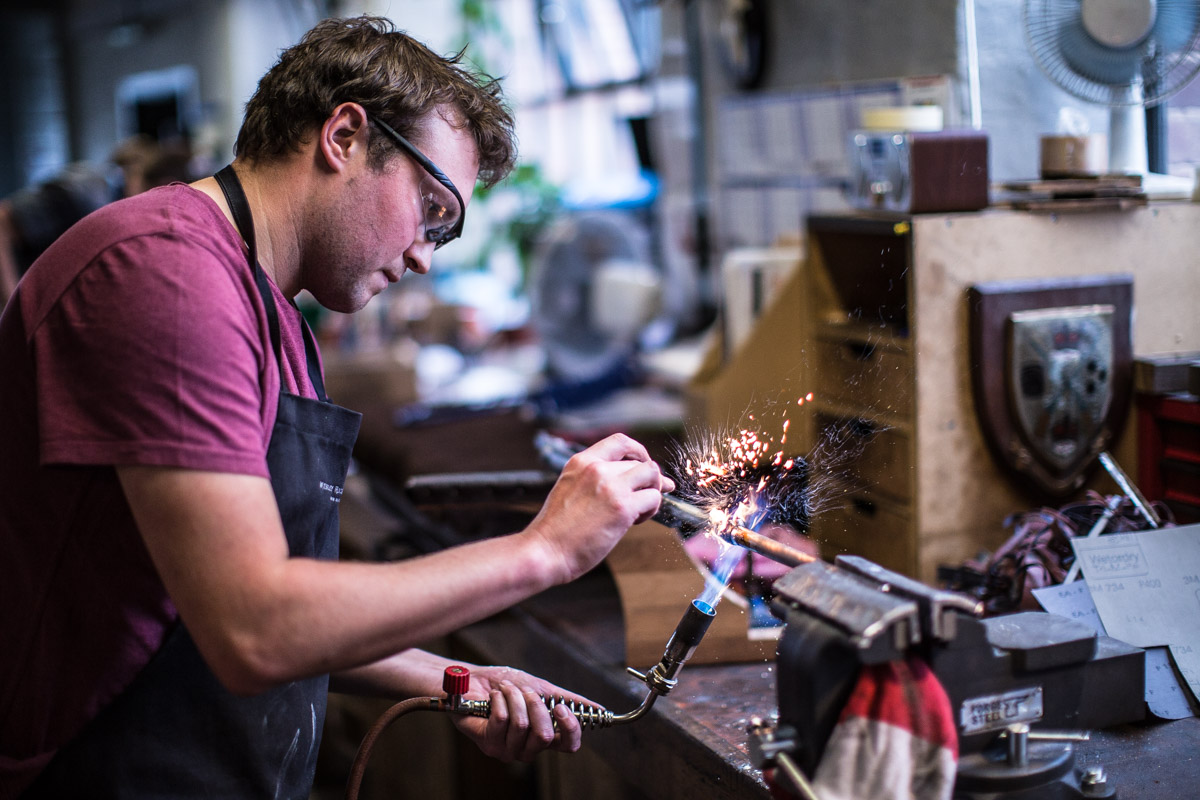 James tinning a barrel band with sling attachment to a bolt rifle.