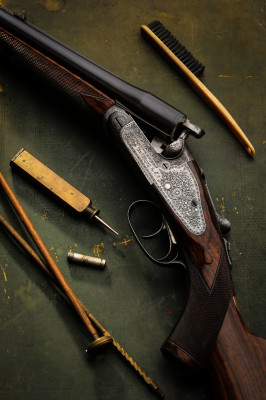 Mentioning the word Rigby seems to raise tension with some readers, as seen in the previous post where I commented about the girls at their SCI party. So here to placate the Rigby fans is a rare and very old rising bite rifle in (I believe!) .256 Mannlicher, if anyone can date and confirm the calibre I would be grateful. The rifle has a very bulbous barrel contour to suit the bottleneck cartridge and it also, unusually, has a wooden top rib which is attached from below with a series of screws. I have never seen this before. 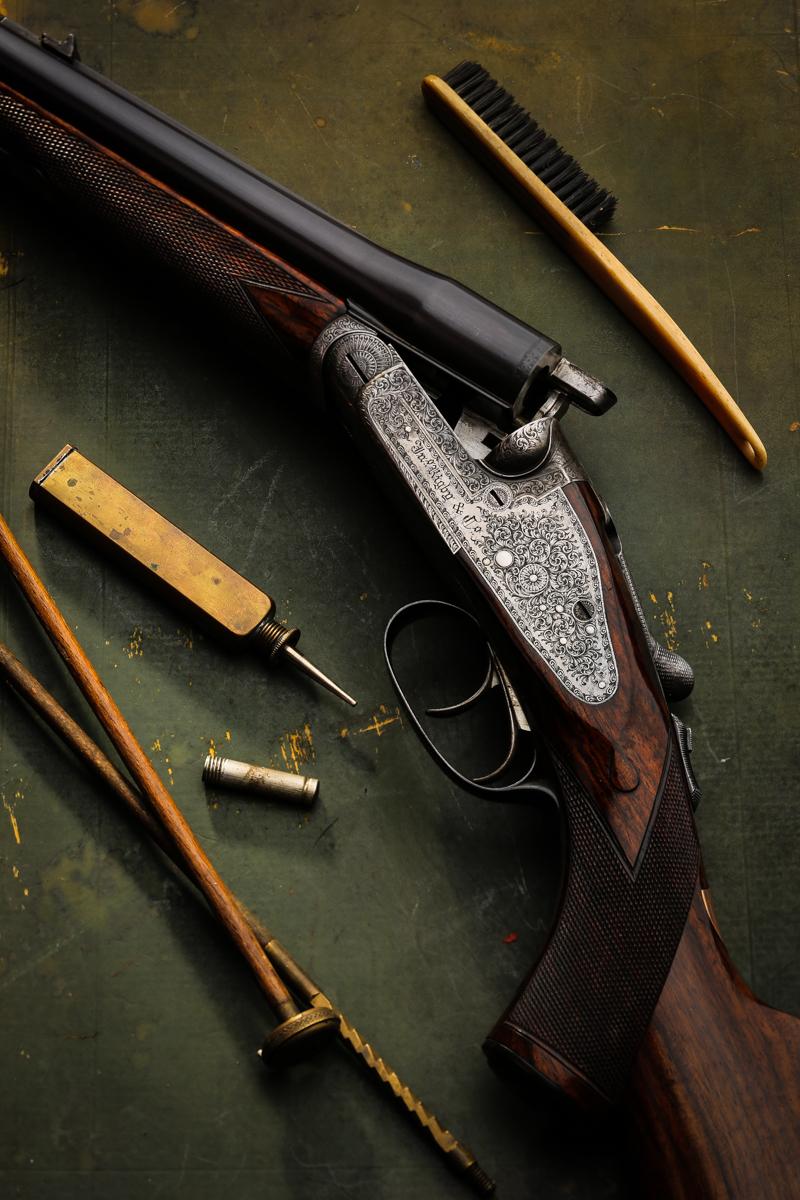 For anyone unfamiliar with the Rigby Rising bite following are a few shots of it both open and closed. Rigby are currently re-introducing the rising bite rifle and had their first production model at the Safari Club this year, it was being stocked whilst at the exhibition.

The rising bite 'for and against' discussion is an ongoing one. The Rigby purists and enthusiasts believe it is the "Holy Grail" of top fastening systems, others believe it was dropped in preference to the dolls head when the larger and more powerfull nitro express cartridges in .470 and larger became more widely used. No doubt time will tell, now that new rifles are being made in this format. We will find out if it was dropped for strength reasons or just because it was too difficult to make. 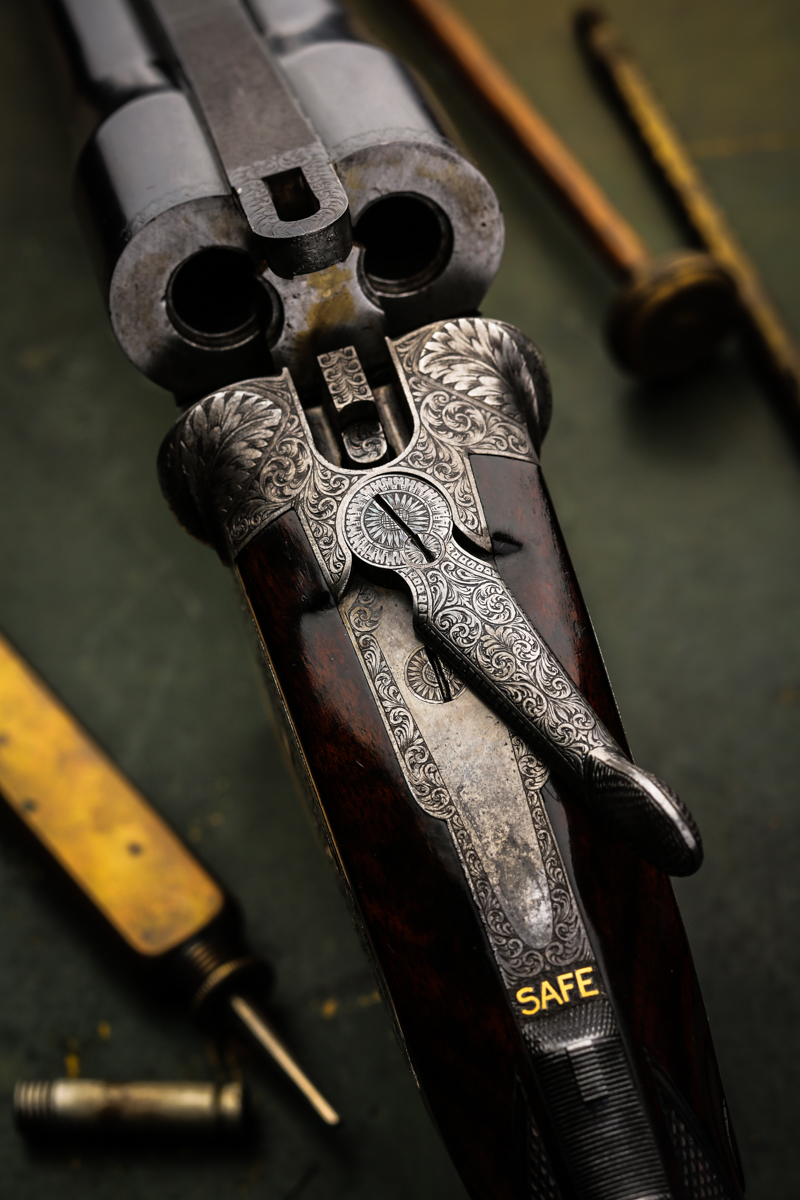 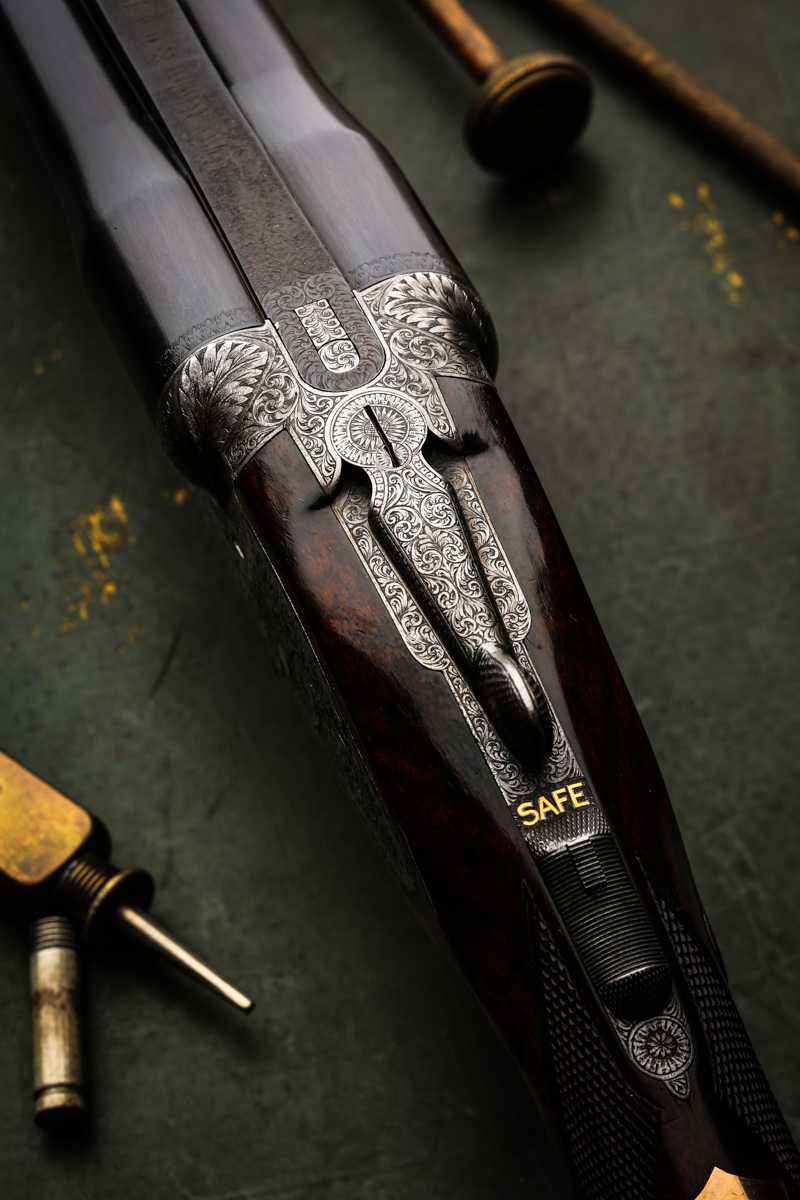 These pictures show the wooden top rib and its fastening method from underside.